Battenkill redo, bushwacking through the seasons. 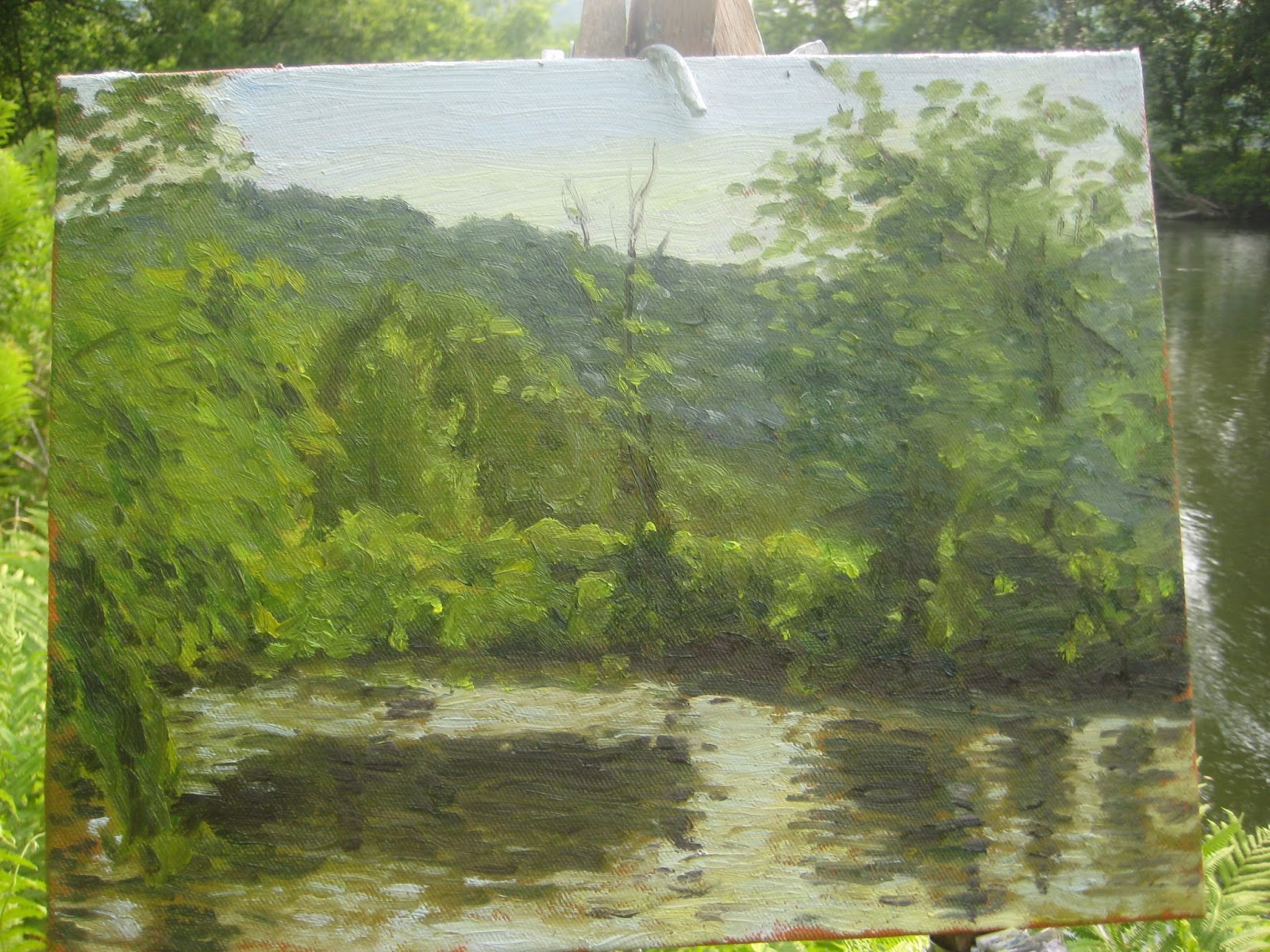 This is where I ended up today, even though I touched it up a bit tonight. 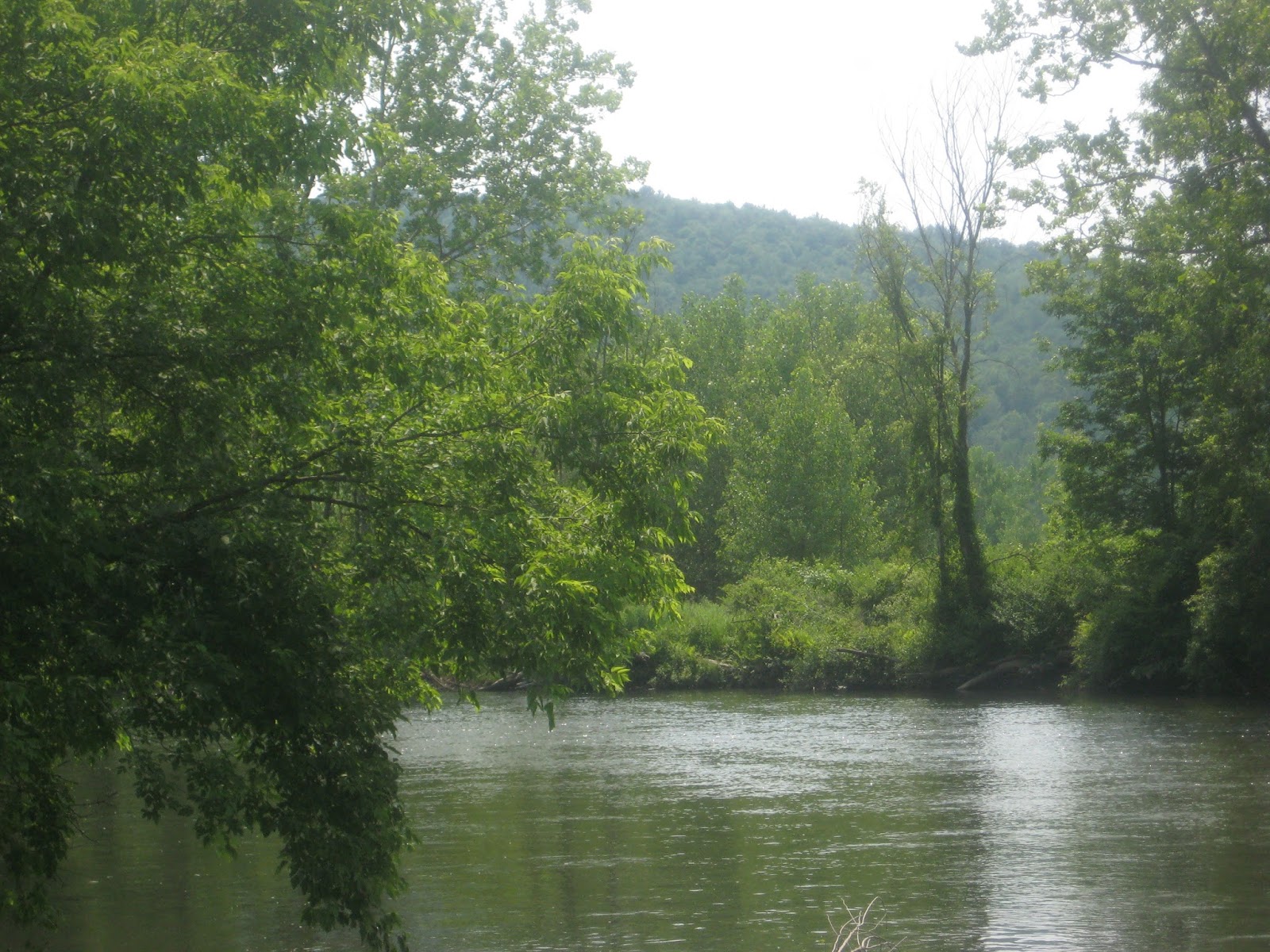 I wanted a river picture today, so I came up here to Skellie Rd. It runs along the river very close in places, and had been a favorite jump-in-after-work spot.  This painting spot, I had found in late December of last year and boy was it grey. 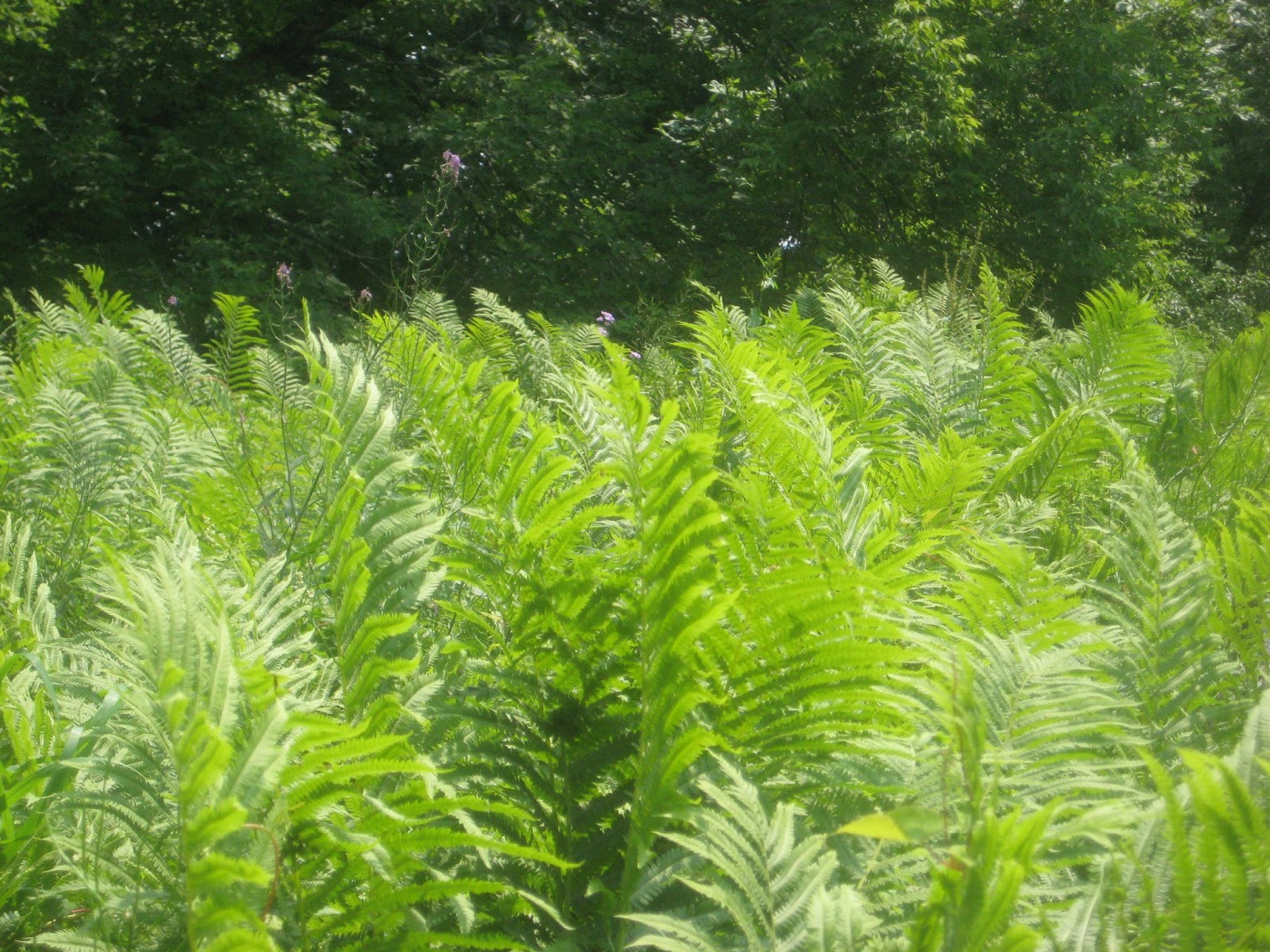 I would have never found this place today if I hadn't found in the winter, and used the deer paths,  the ferns are 4' tall! 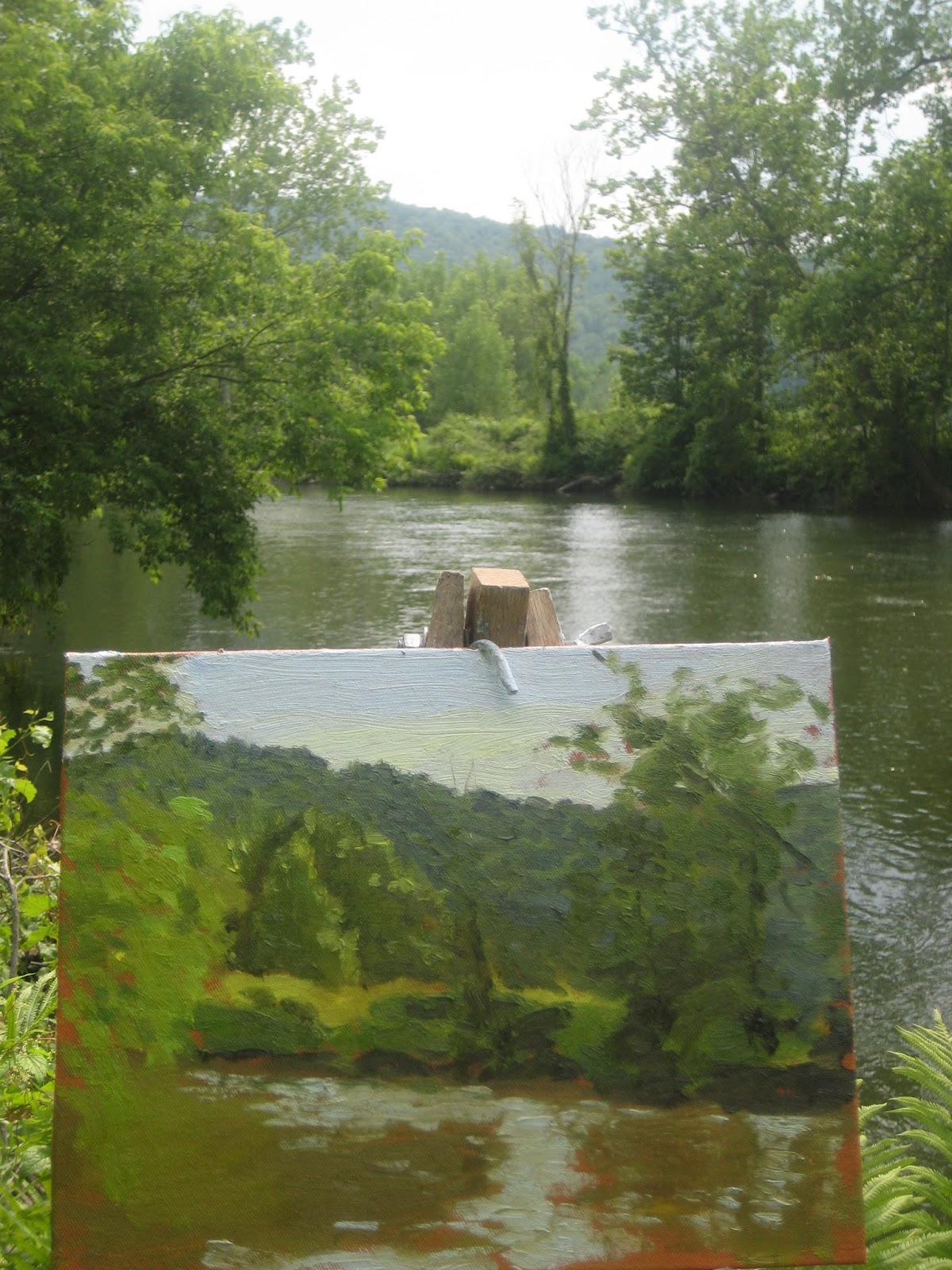 This is about 1 hr. into it. I finally realized that I could line up the sides of the panel with my scene and measure that way(up and down).  I had been lining up side to side, but I think I really like to stand to paint. 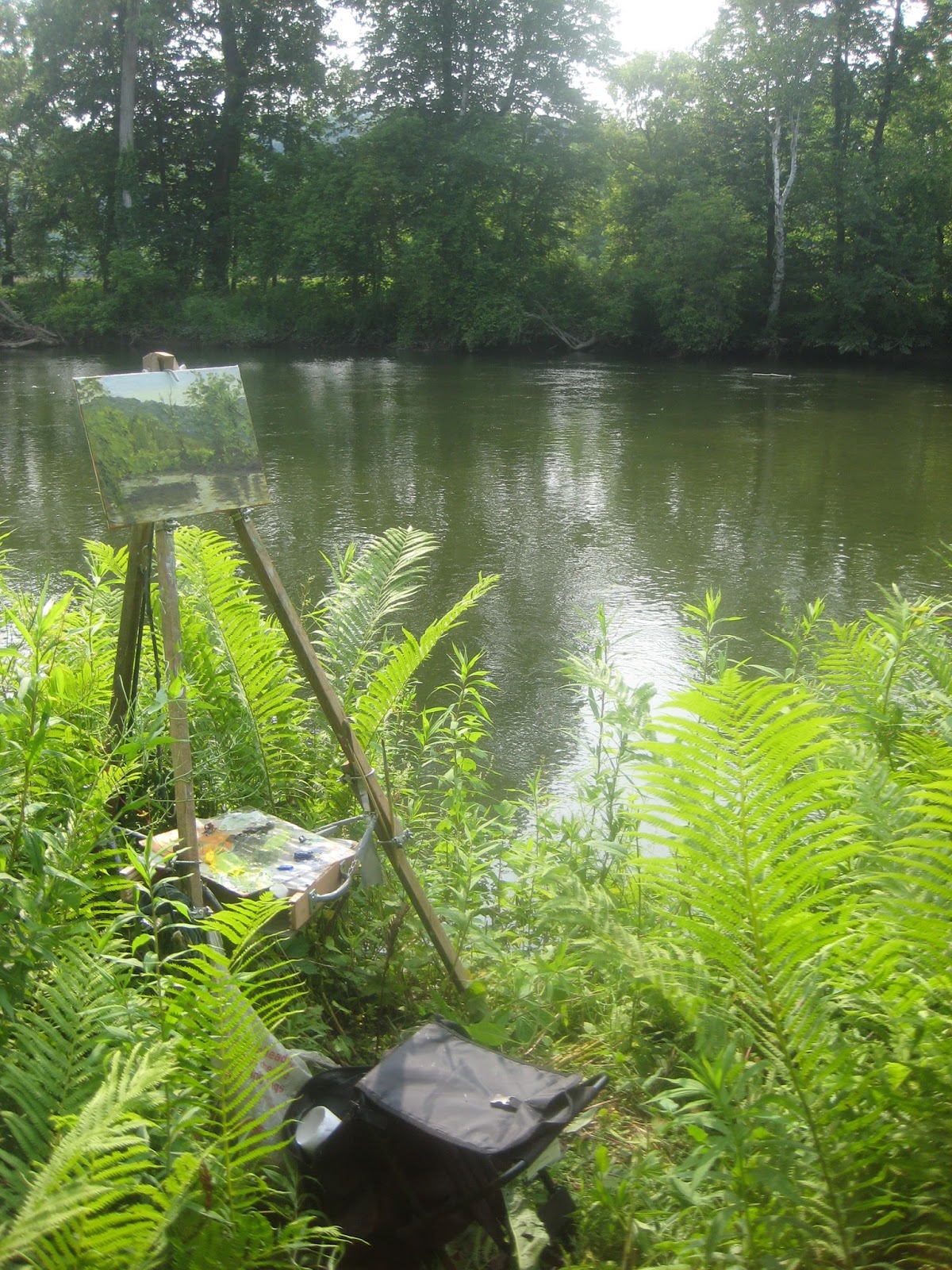 I was able to carry in one haul, ( I first scouted out my spot) I returned with everything including the backpack/seat, and the panel/pallet carrier, that I loaded with paint (except white. which I took in a tube. 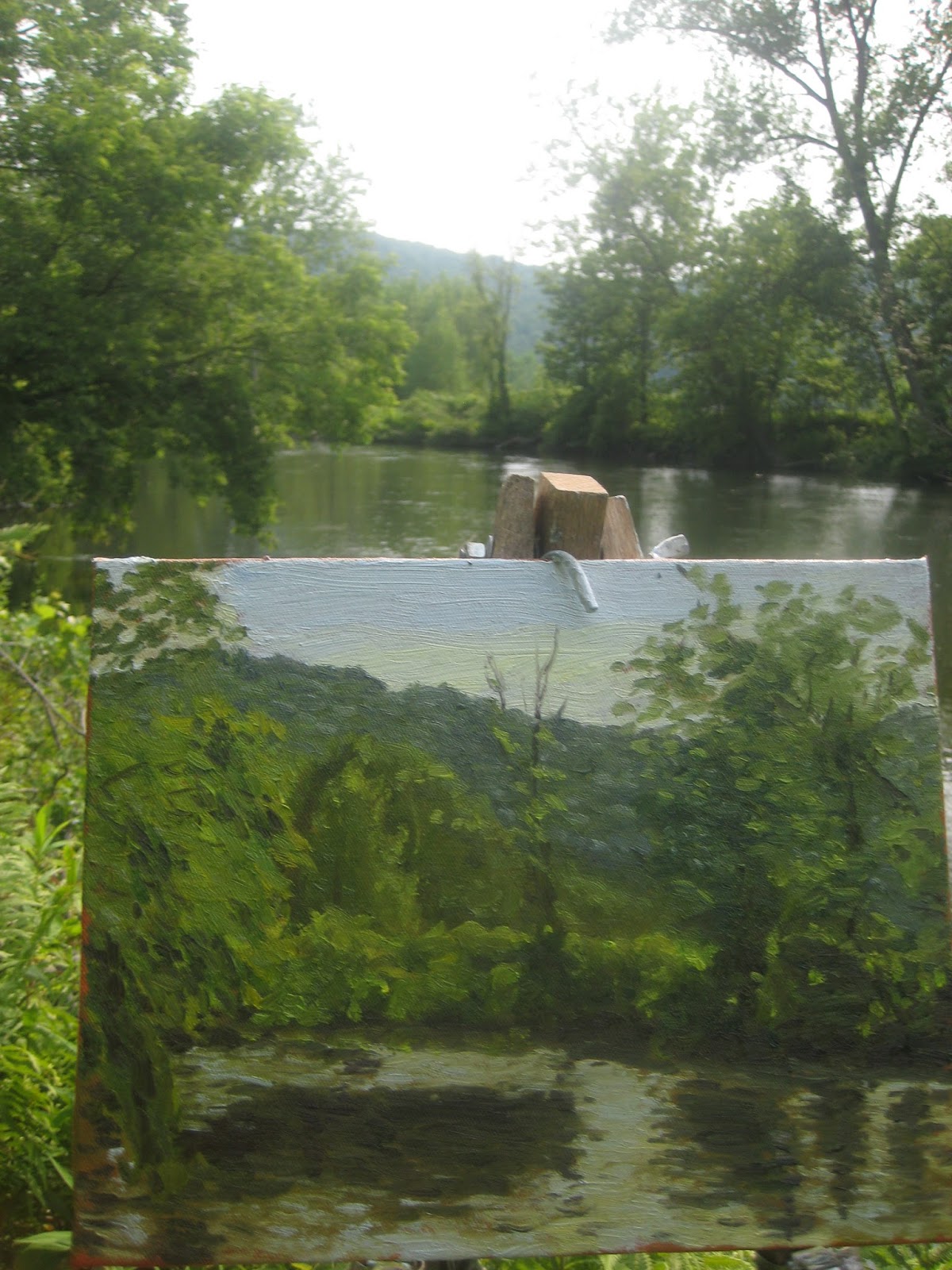 As the afternoon progressed, the shadows got deeper, and I liked that, It wasn't hard to "keep up" with it, things just seemed to get darker and otherwise not change too much. 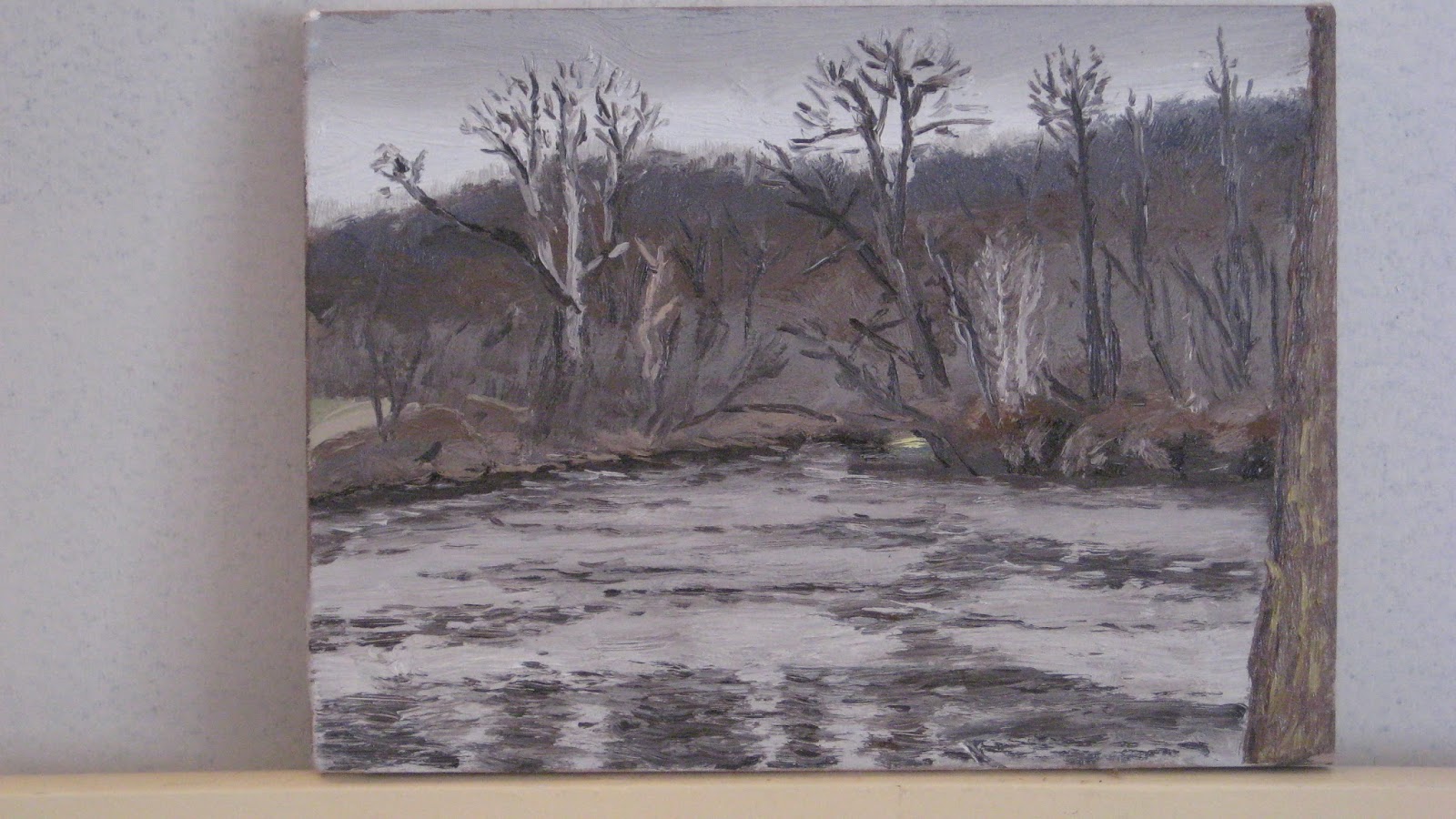 This was December's painting, I had been a few feet further down stream,  I really didn't use any black. It was also a day or two after winter solstice, (today was a day after summer solstice).