I drove Hope to a birthday party this afternoon and drove back by Hudson Crossing Park, off Rt. 4, just north of Schulyerville, I've wanted to paint there for a while, there is lock #5, and a whole bunch of old railroad ruins that go through the river, a totally cool place.  At the end of the path, at the north tip of the island is this waterfall, and the sound is enough to lull the savage painter.

This is a vast part of the river and I thought I could make it work, it was difficult. After about 45 minutes I realized that this just wasn't my thing, but I pushed on.  It's not often that I have almost unlimited amount of time, and with the cloudy sky, there was hardly any change over time. 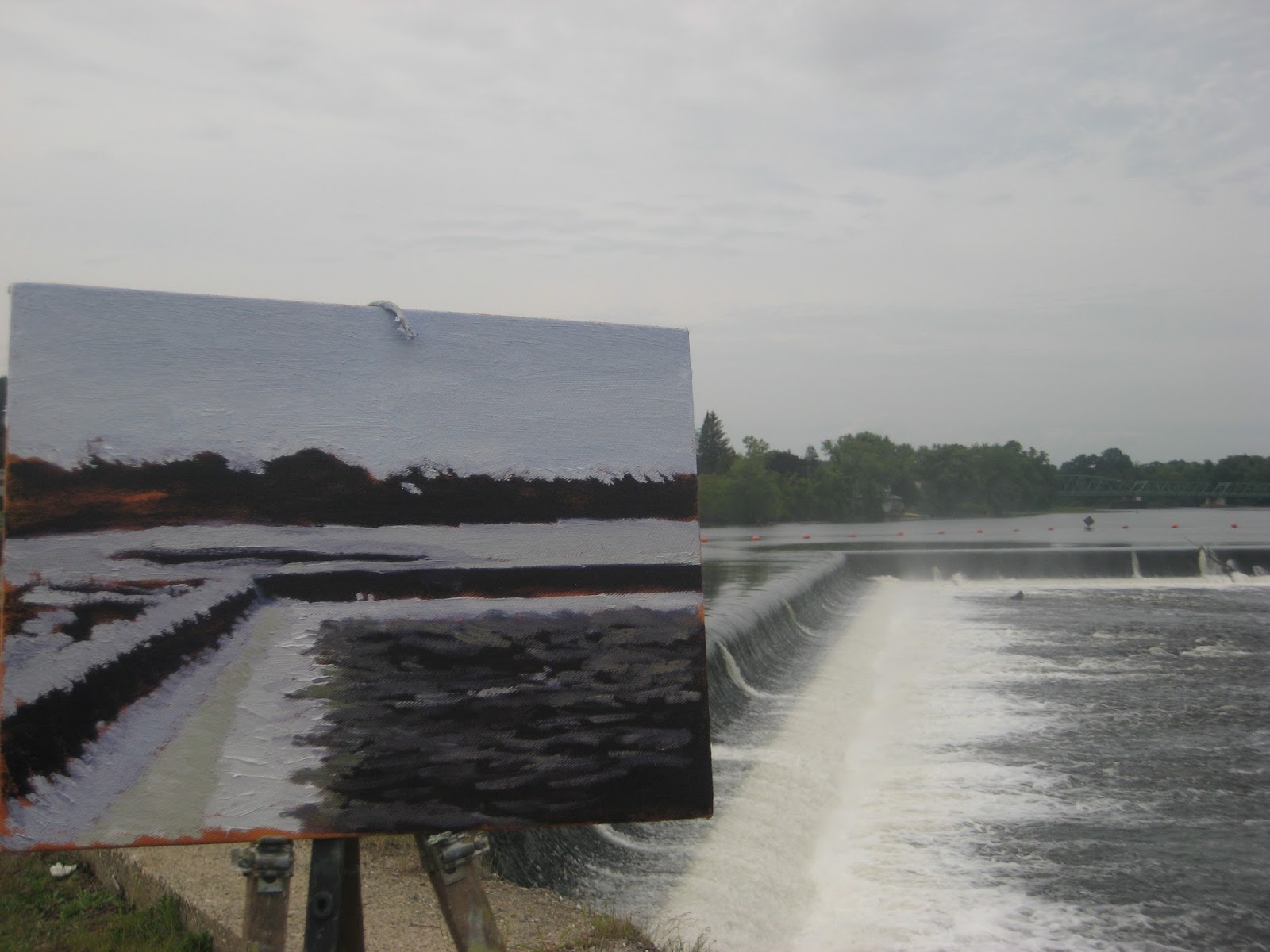 Here is well over an hour into it, I ended up spending  tons of time on the falls, and although I think it came out OK, it has a primitive aspect that I just don't like. I put the landscape in almost last, and didn't know if I could pull off the bridge (way in the background)  But I liked how it came out.


This is where the painting ended up after almost 3 1/2 hours! I worked out some water issues that I think worked out, but did I learn anything? This composition was tough from the start, and like last Sunday's painting with the railroad bridge over the Hudson, this man/nature subject presents challenges that purely natural scenes do not.


Truly a dramatic spot, it also had convenient blocks for sitting and working!

This is the gate that Leif Johnson made, This is a gem of a park, made from an industrial age ruin,  complete with a great playground and sculpture.