This is Salem Art Works, (saw hill) in Salem, NY, and about the third time from this particular spot.

I went up there it was their Iron pour, lots of college kids and hot metal.  It's also Alumnae weekend @ Bennington College, and I saw a few old friends there, and that's always good.


I was visiting with friends, as the sun was setting, I got to my spot, it must have been about 5:00 and knew I'd have to work ridiculously fast. (I had started a few minutes before I took this pic, and the sun was on the run, moving off of the bright tree in the center.


Speed kills, so they say.  I got the canvas covered in record time using my pallet knife, mixing the basic areas and throwing them on. I don't recommend this!

The camera adjusts to the light level of the area you point it at, so when the shadow takes over you don't see it in relation to the light. Tons of previously dark ares get definition, and oddly enough the areas far back go from being washed out, to having much more color and much nicer shadows. 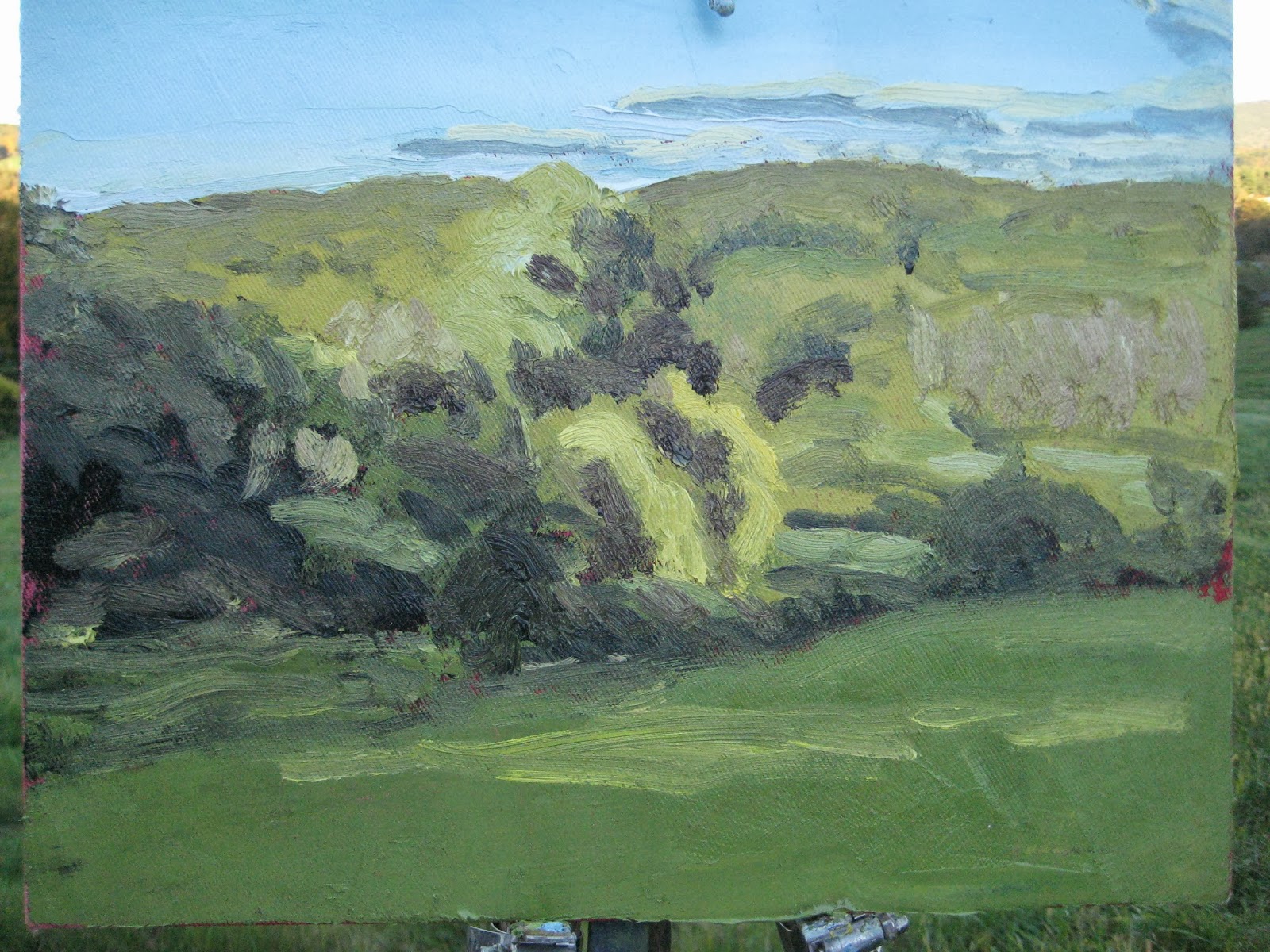 I was pretty much lost at this point, I didn't want to chase that rabbit, but lights had become dark and darks were now well defined (not so dark).
I panicked and started to paint what I thought I had seen, I hadn't had enough to go on so there was a mess on my hands.

By this time the shadow had prevailed, the sun wouldn't slow down for me and I had to deal, I wung it, but I'll need to come back tomorrow, this time I'll need to be painting by 4:00 (if I can get up there at all) 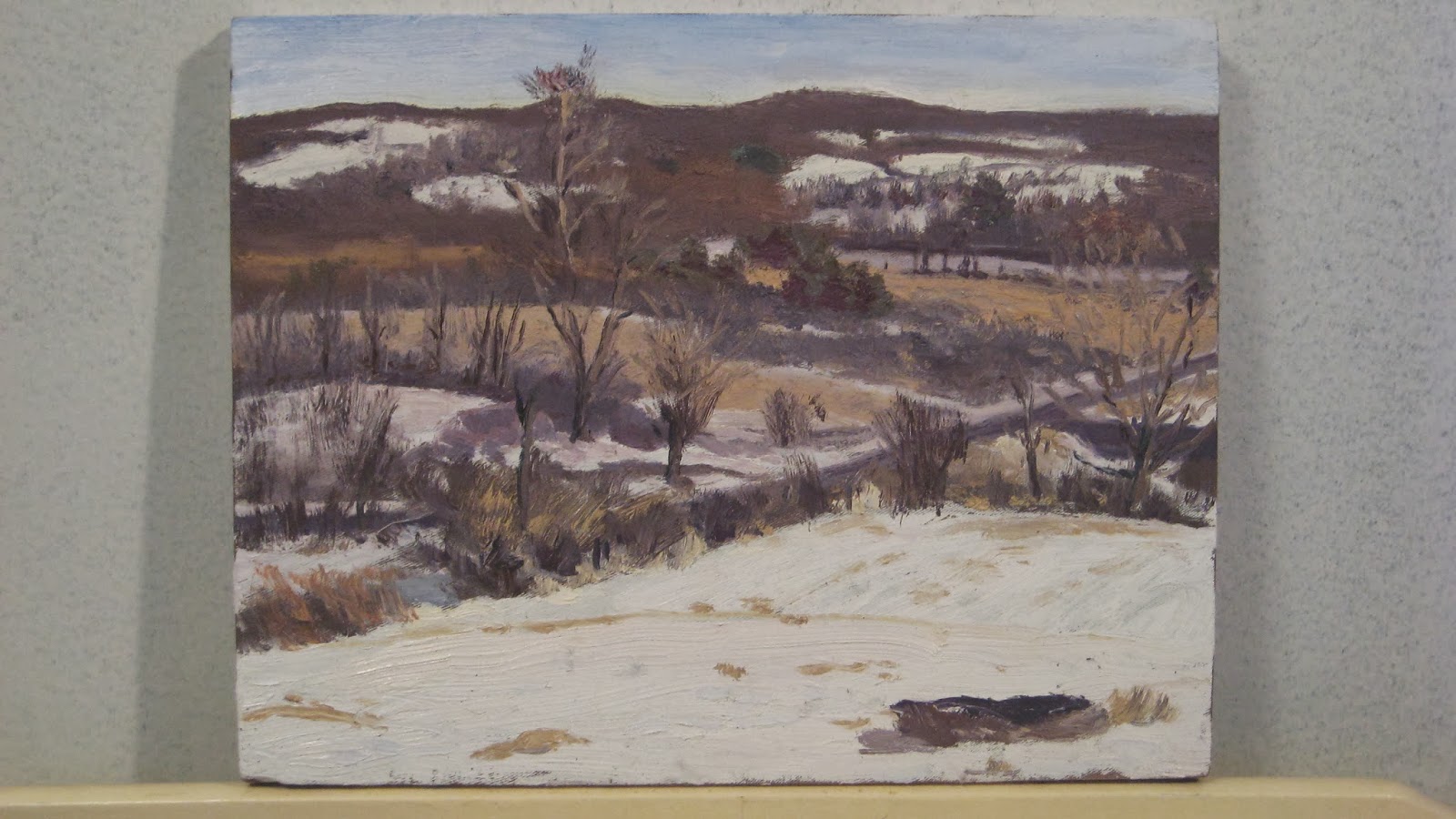 Here is the same scene in March of this year. 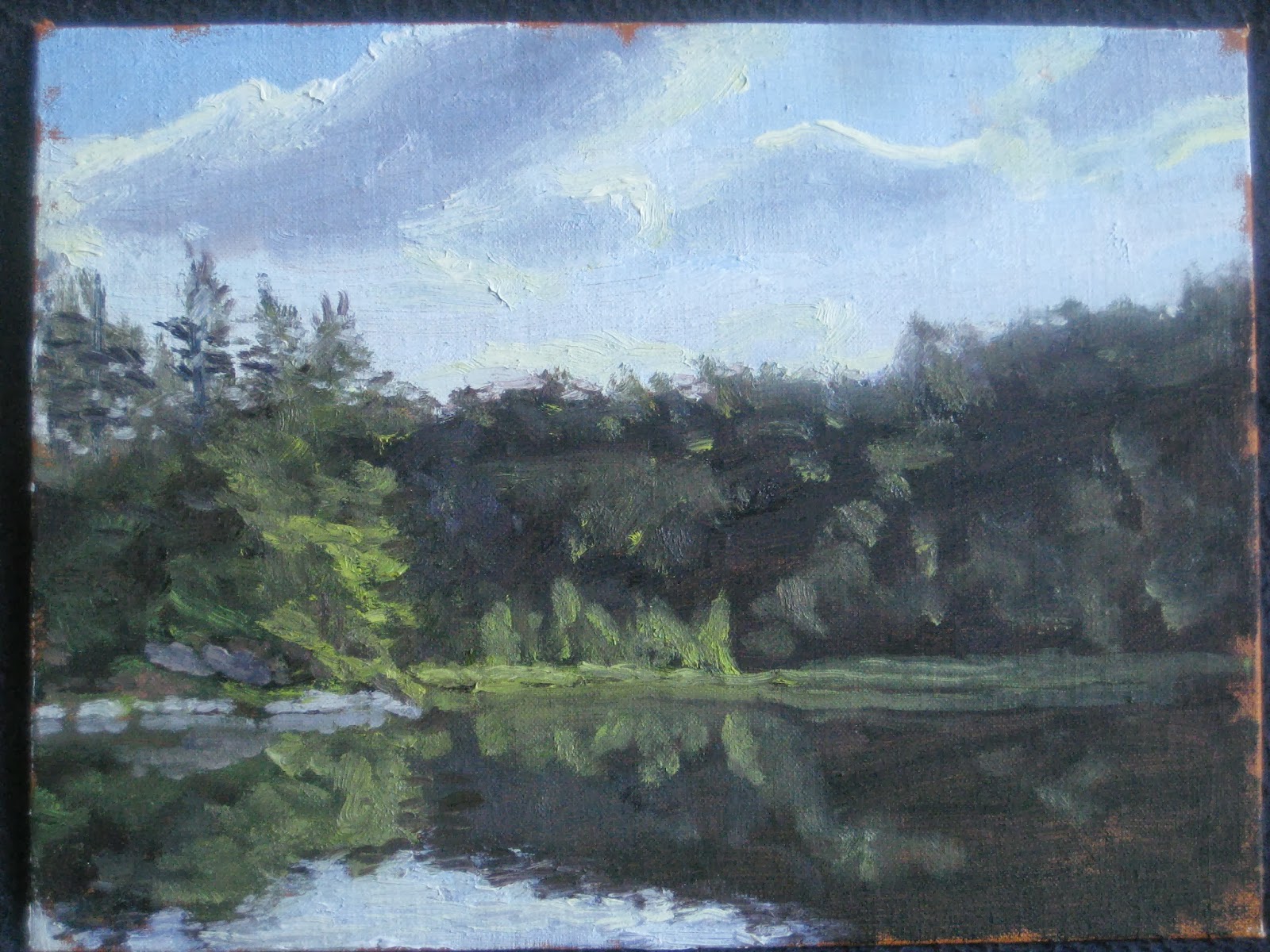 This is the painting I sold at the North Country Art Association's Chestertown Gallery. It's the Beaver (Hess) pond  in Inlet NY.