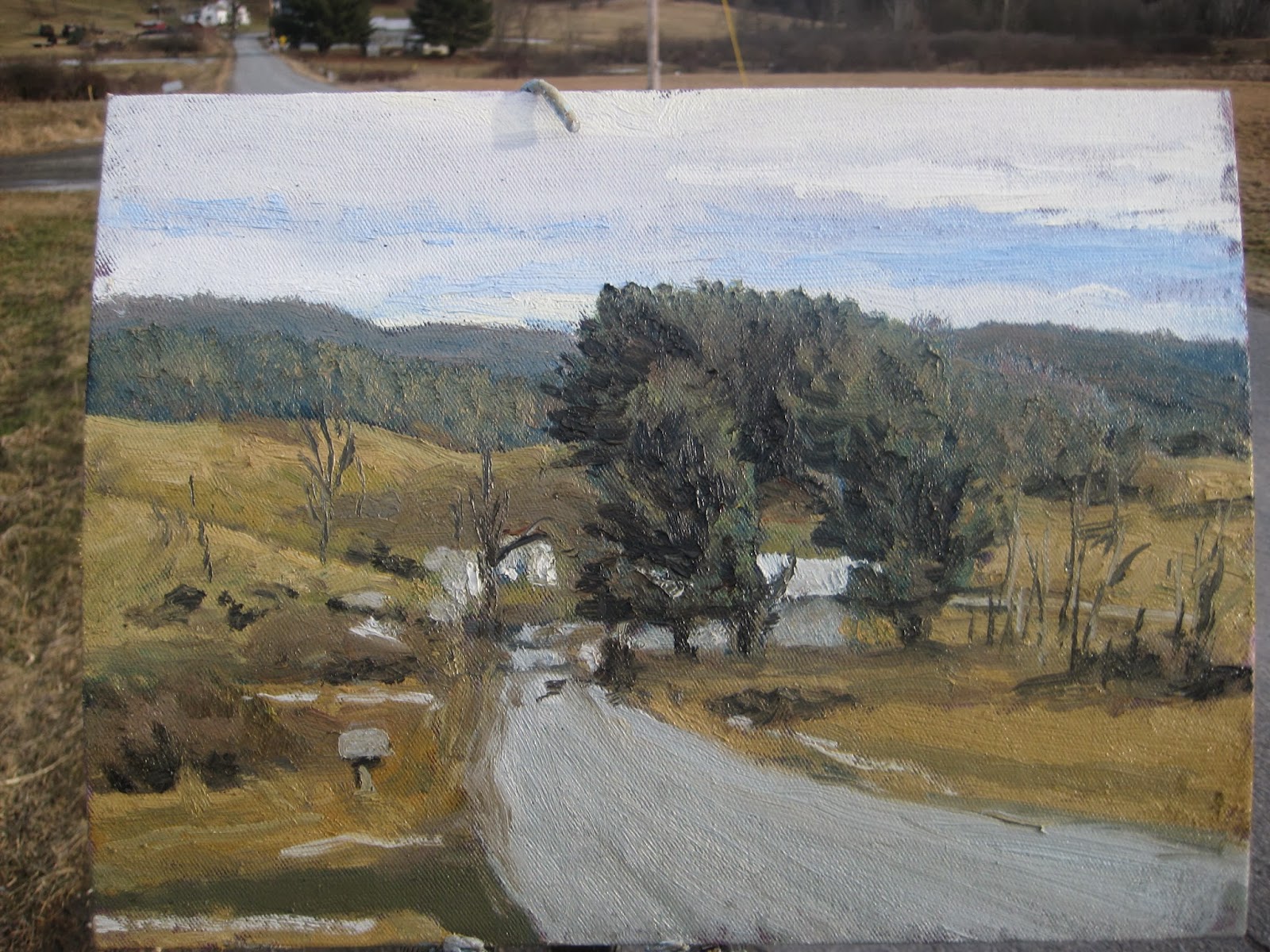 This is where I ended up today, one of my favorite spots is in this picture. 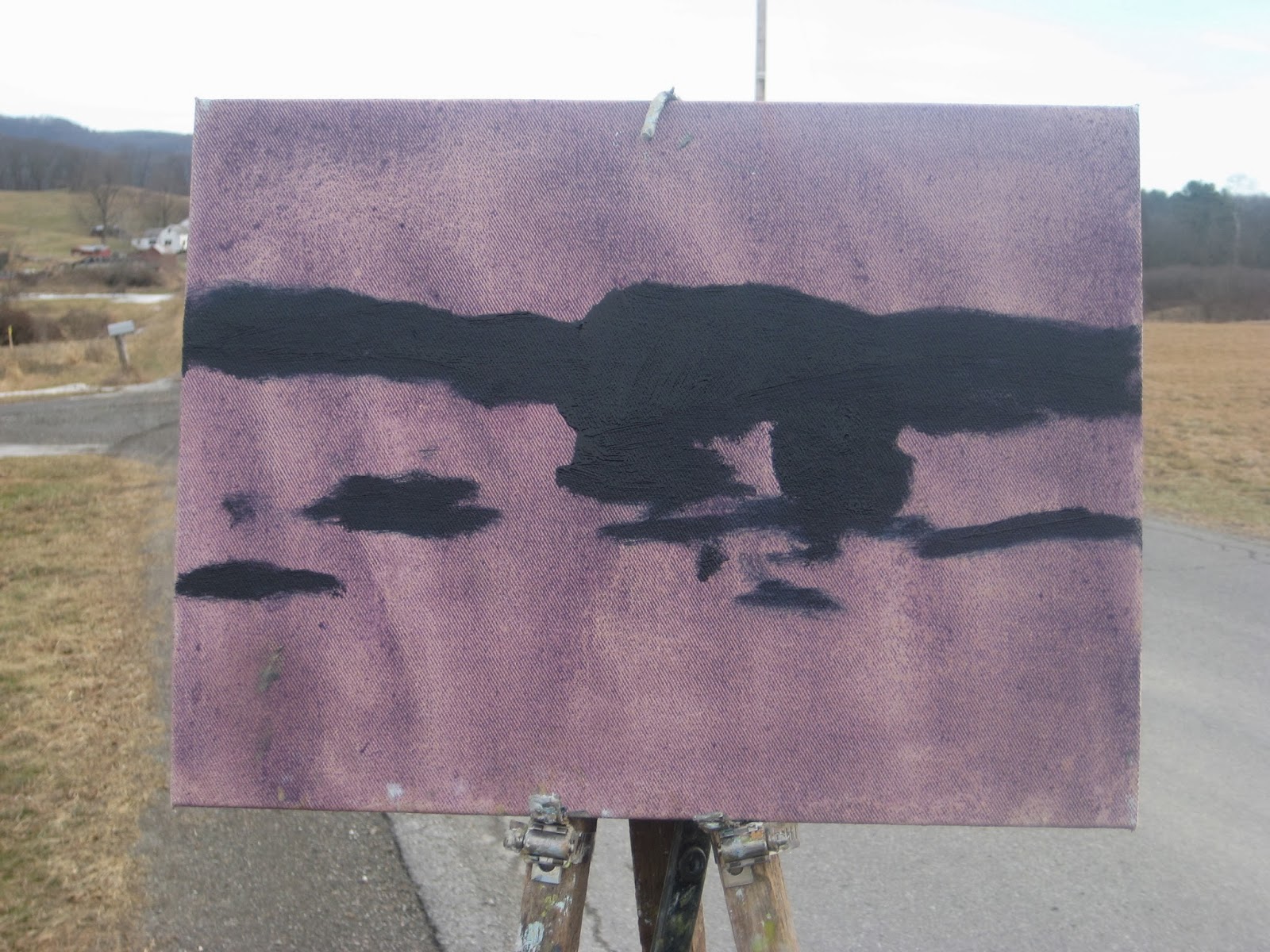 Tone: way too red.  Block in prussian and cadmium, big mistake!  I did this last year, about the same time, what was I thinking? 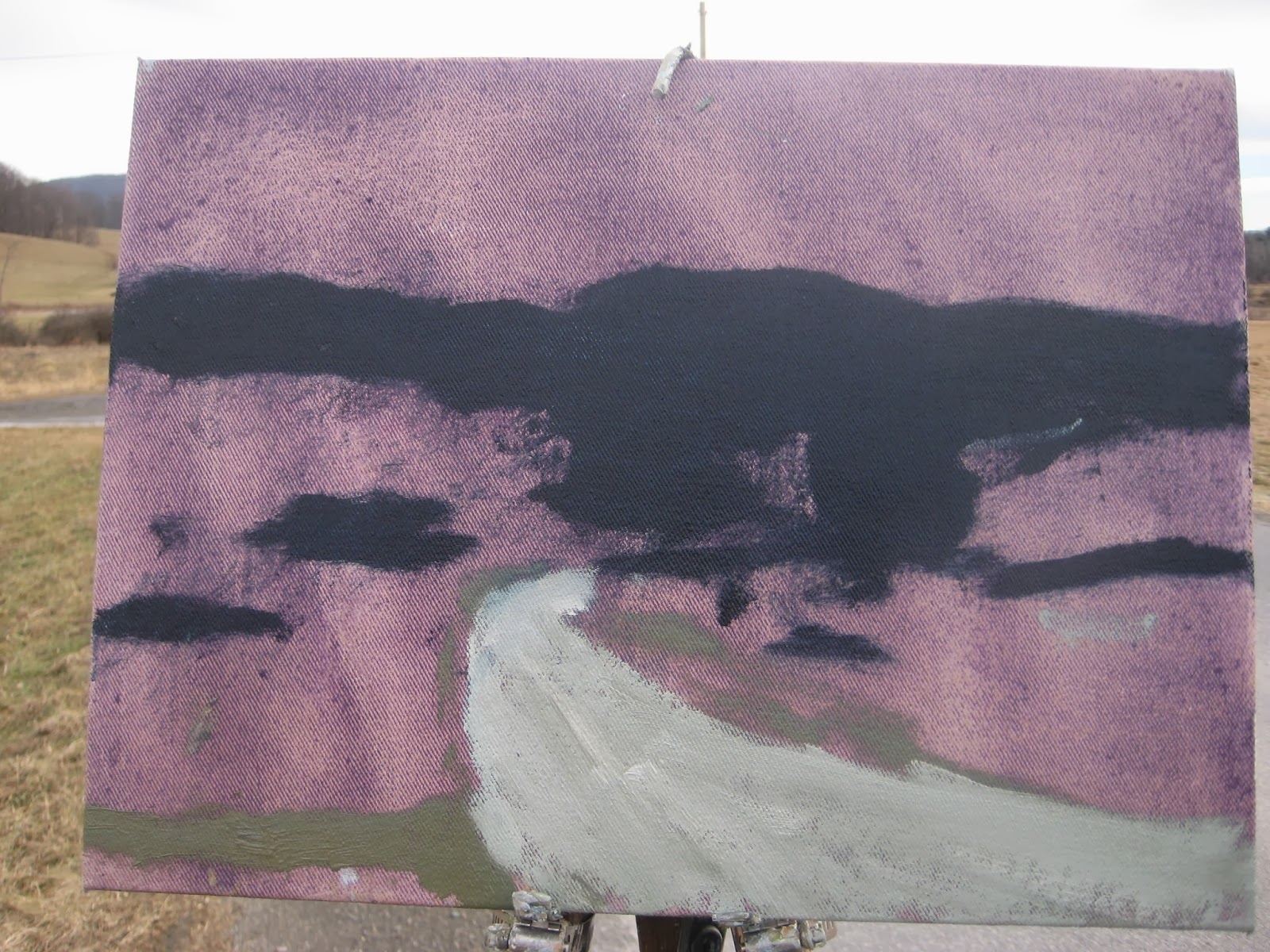 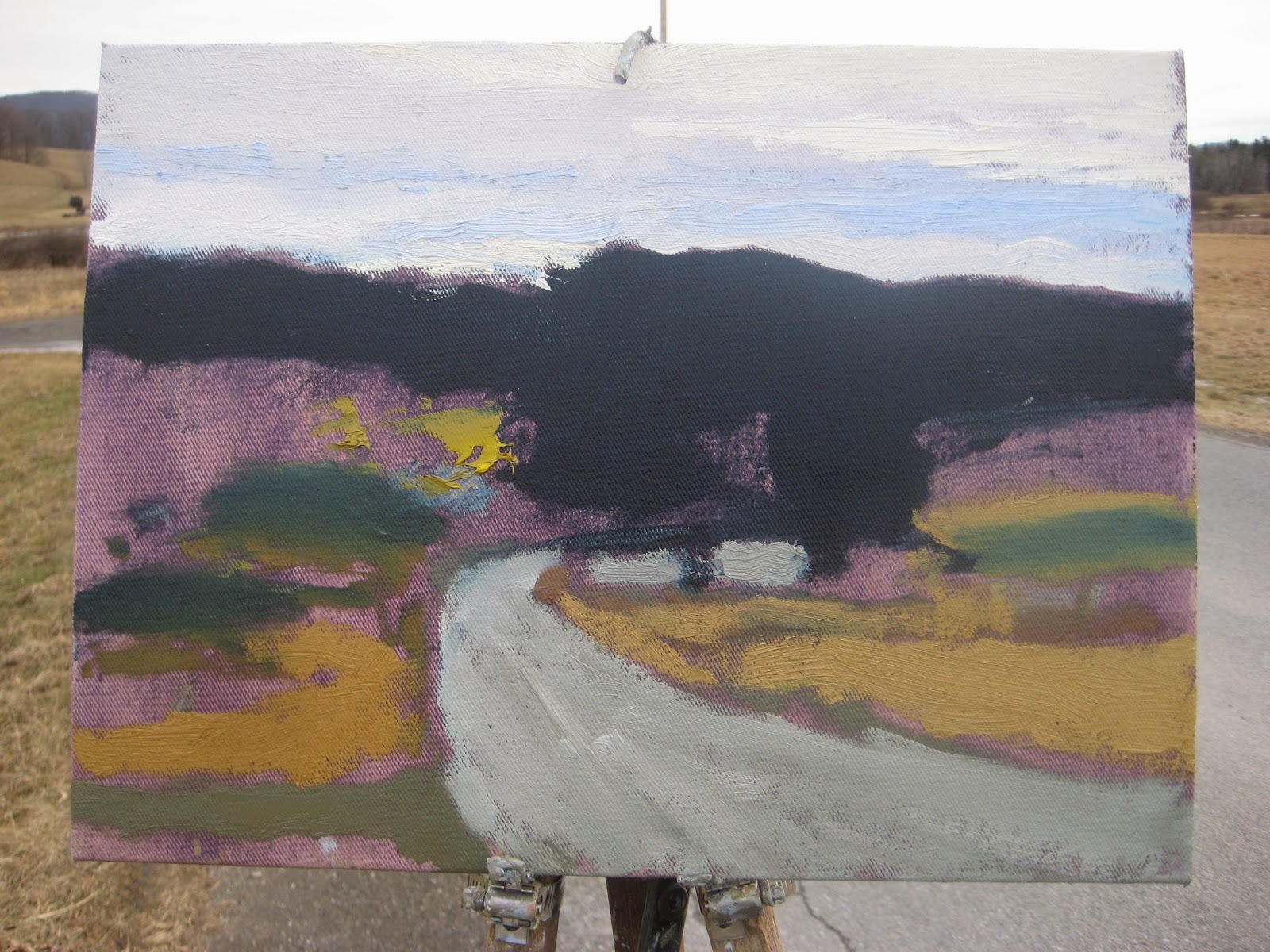 Here is where I panicked about the prussian blue, which I had scrapped off, but was getting into everything, it's so strong, I guess I forgot! 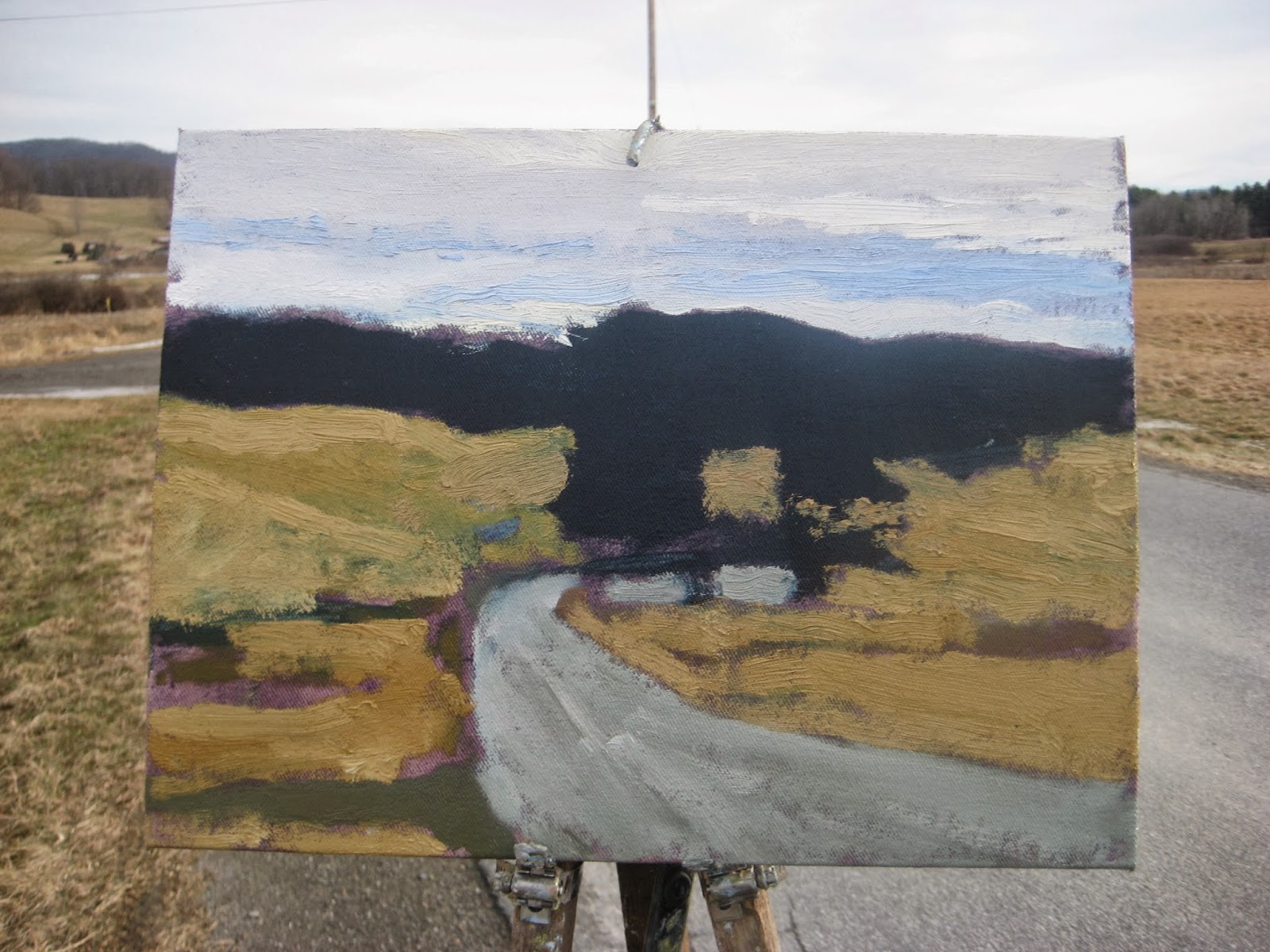 So I slathered on the ocre and began to push back the prussian. 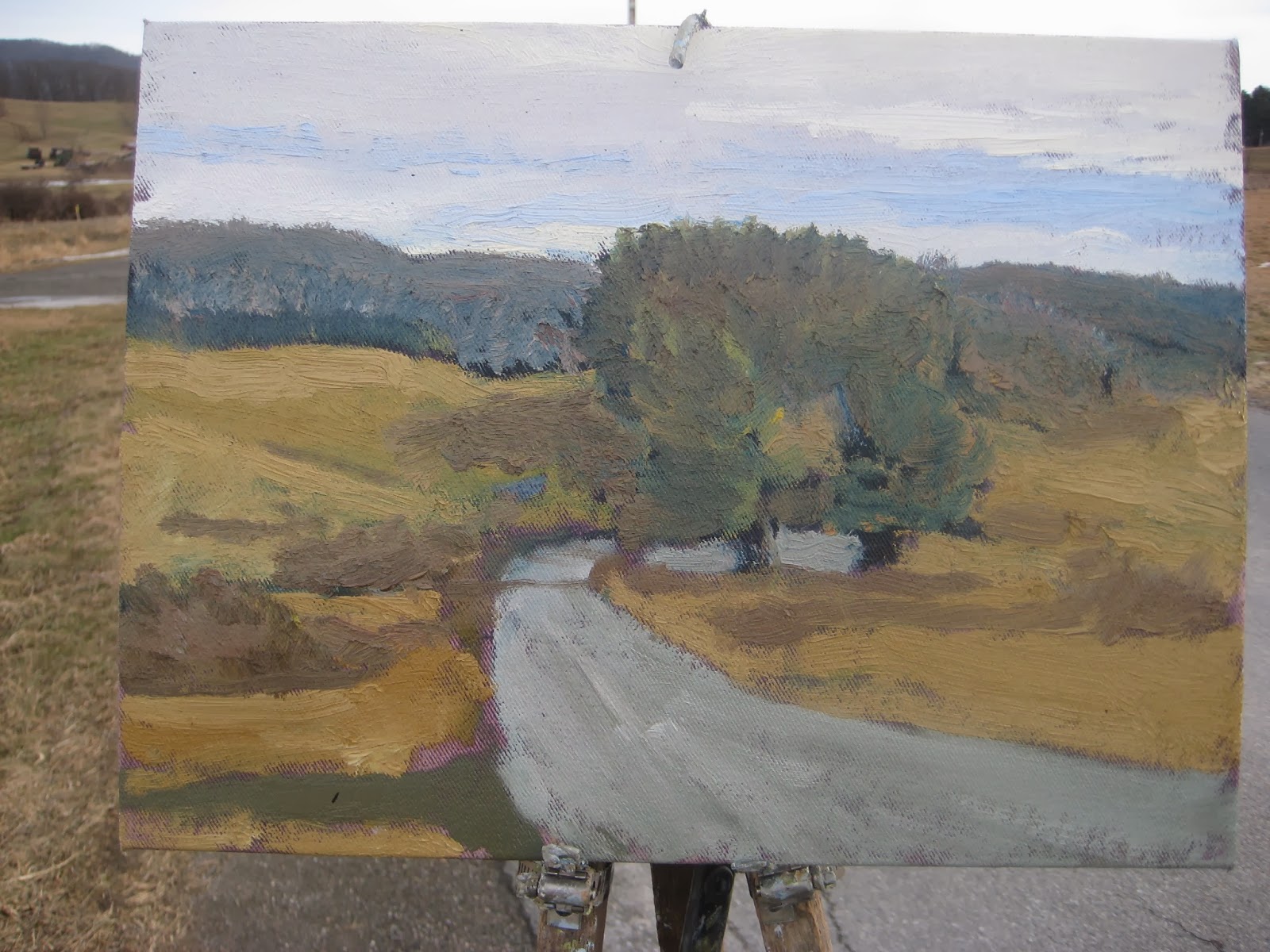 I had started at 12:00 it was well over an hour at this point, I'm trying to rescue it from the deep blue. 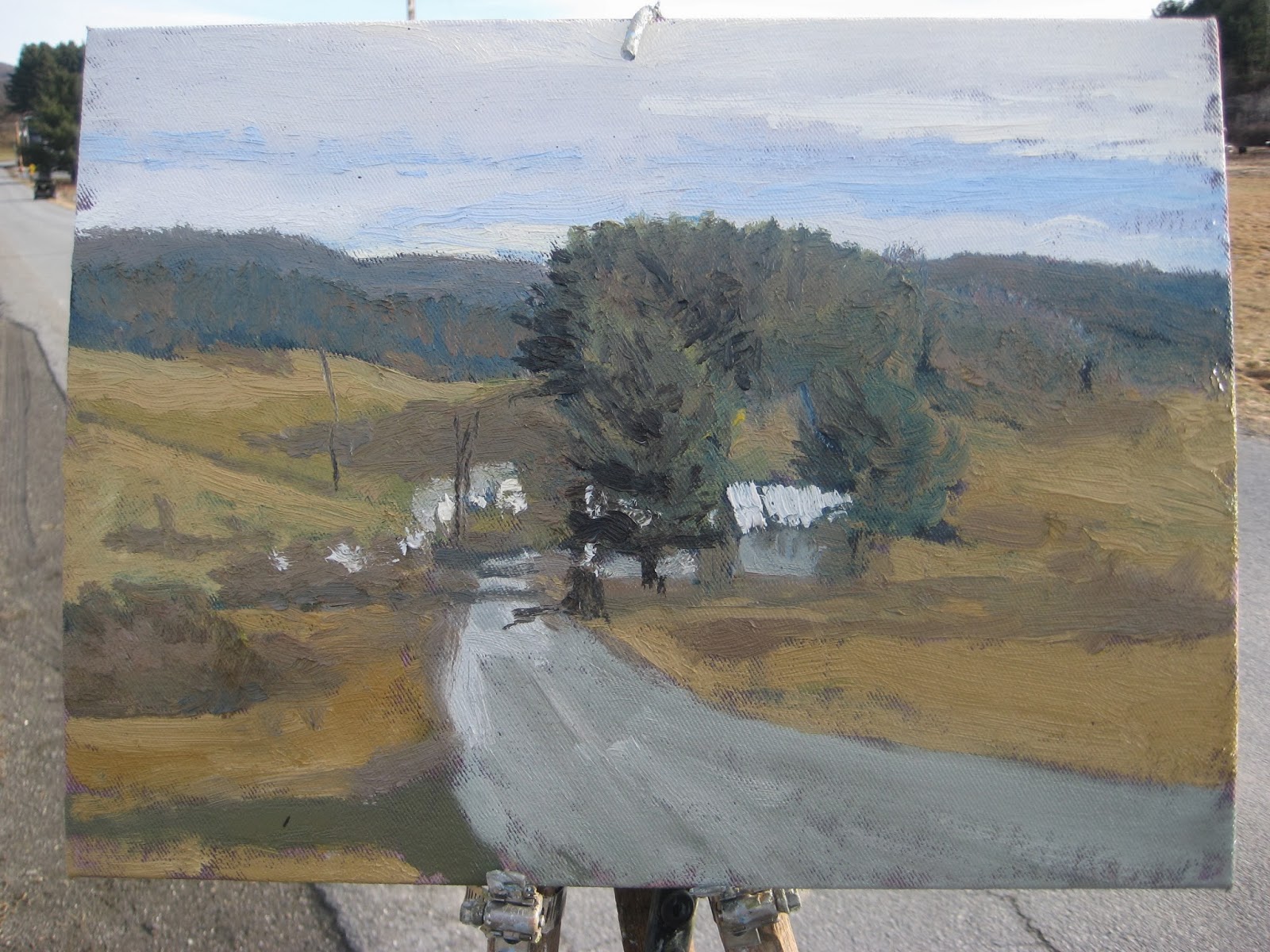 Most places are covered over with anything but prussian, but those far hills....... 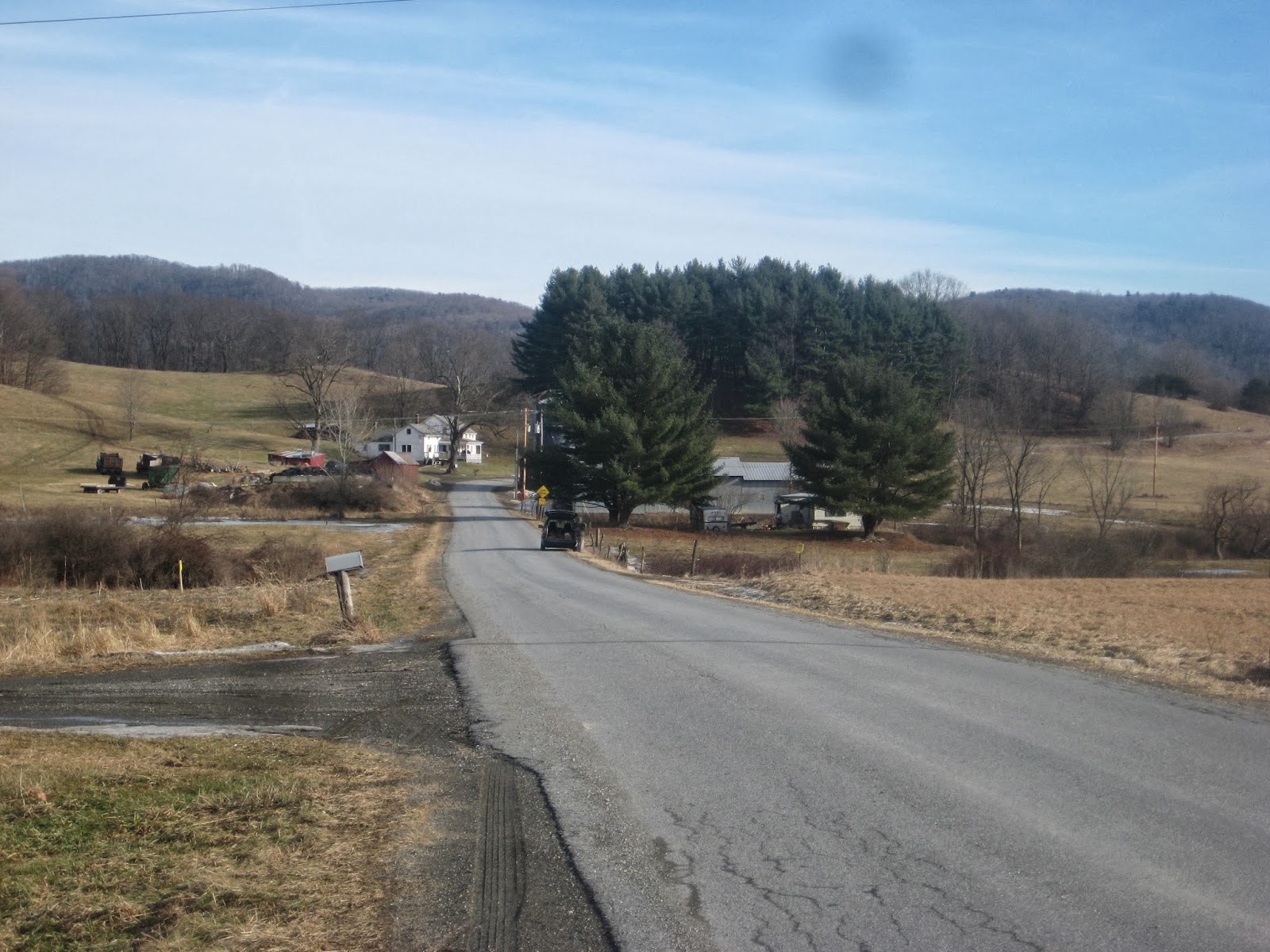 Here is my scene, the van you may see along the side of the road is none other than George Van Hook's 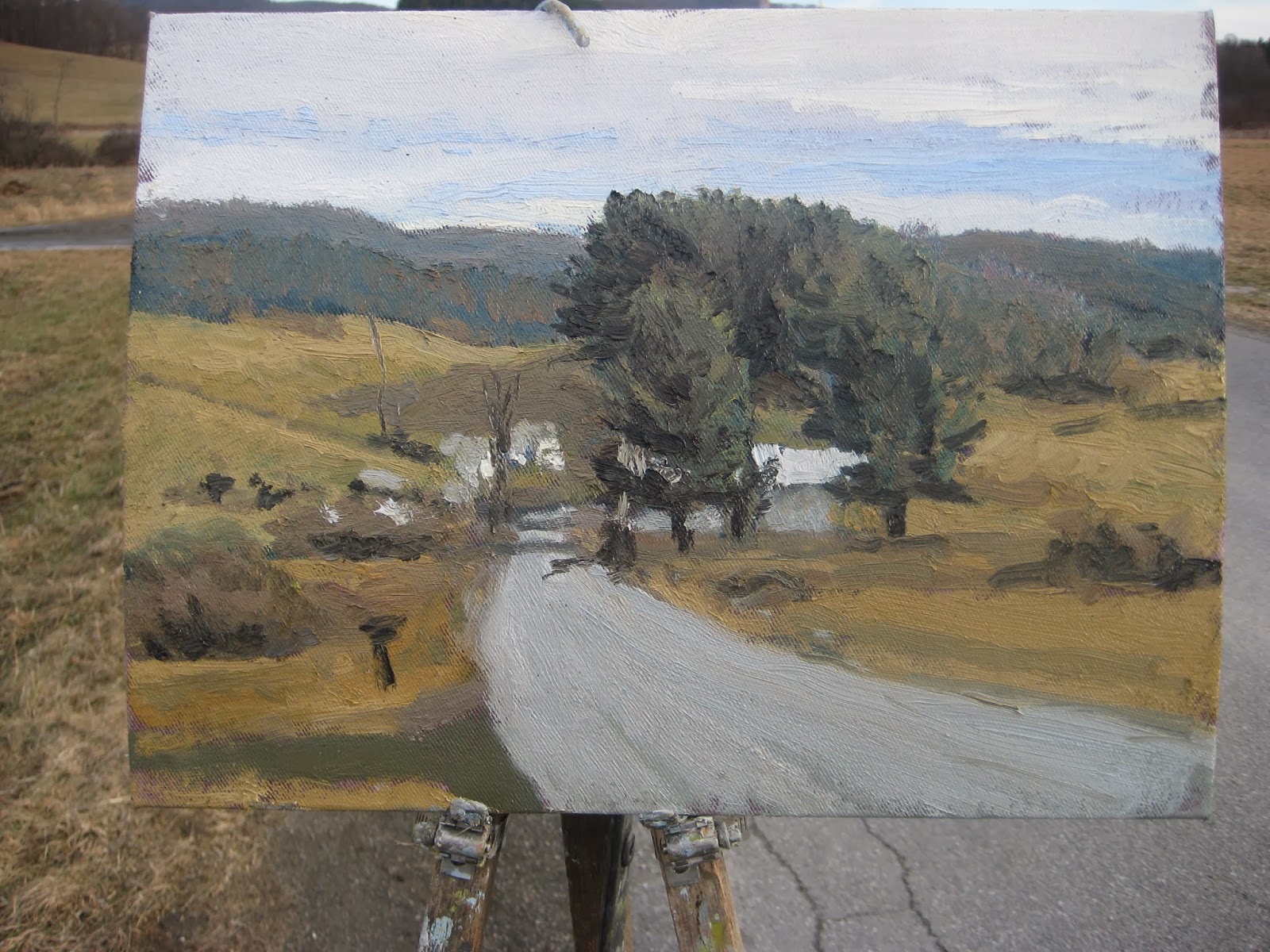 Getting there, the light was very stable, I had over 2 hours! 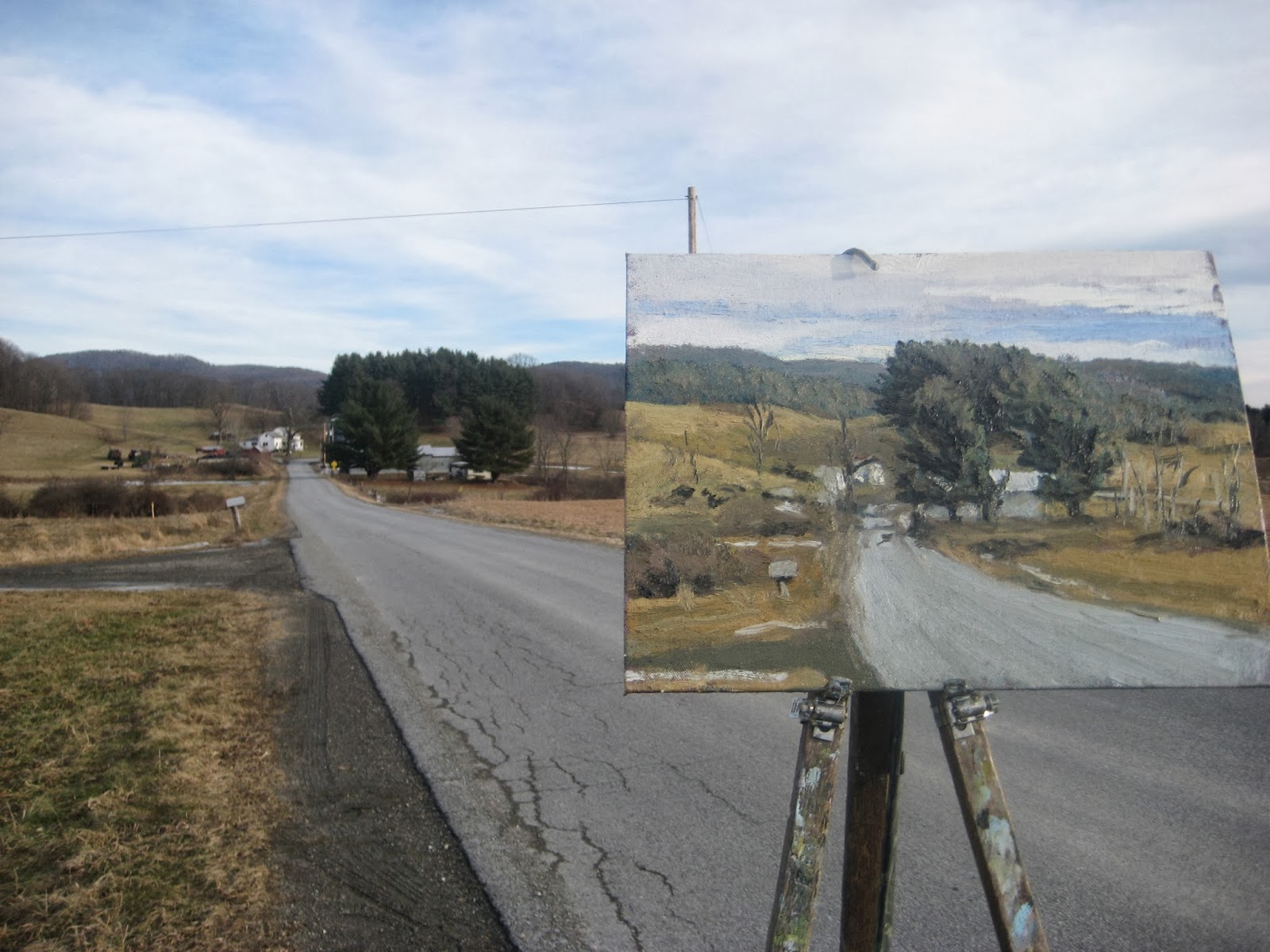 There's a bit of glare on the painting, and I'd like to tweak it a bit, but I've been saying that and not doing it. 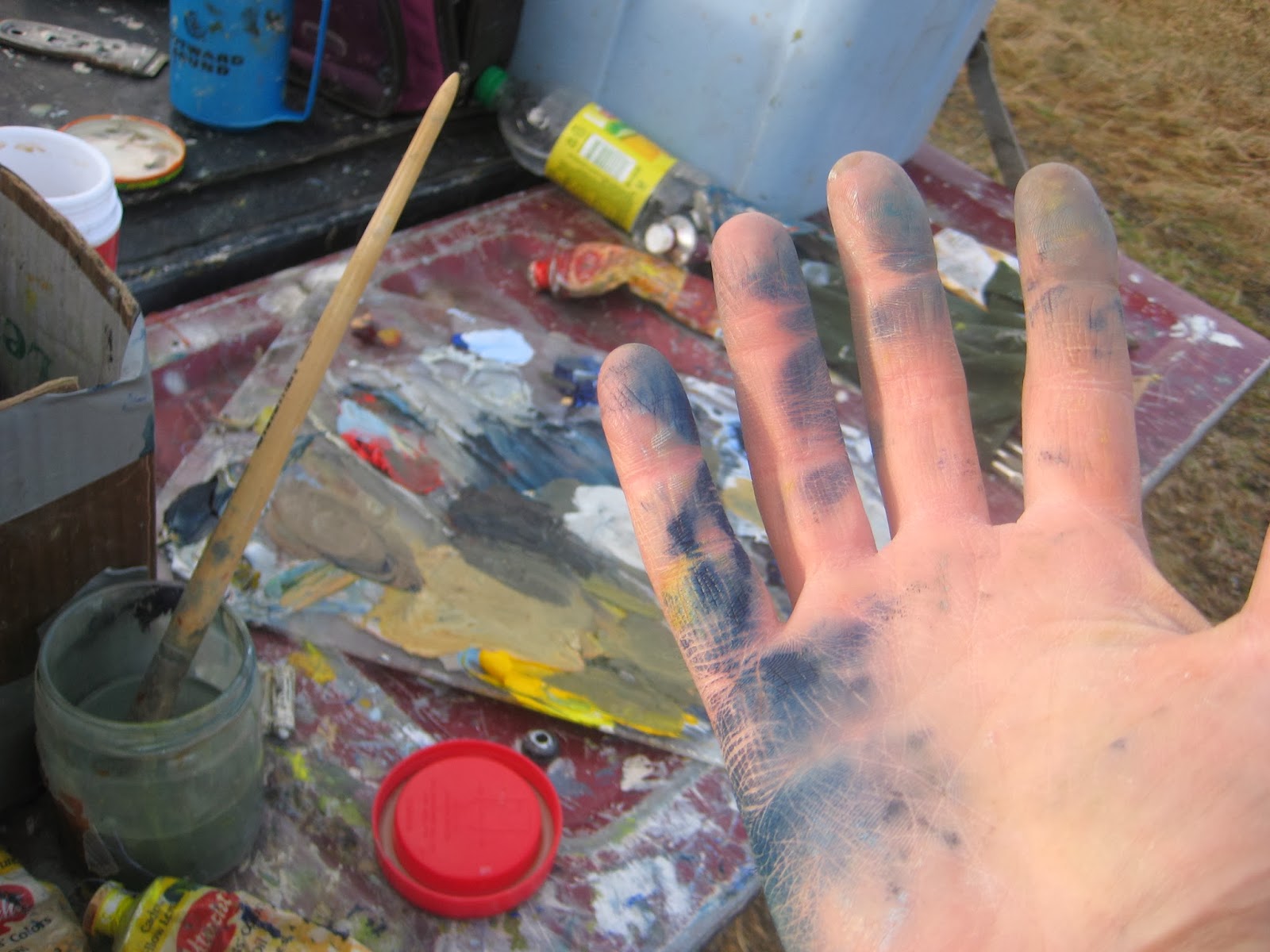 The prussian got everywhere today, but I didn't have to wear any gloves, how weird is that?