48  F!  Warm and sunny!
Trestle bridges are totally awesome, this one is a railroad bridge, crossing the Battenkill in Greenwich. I don't know if it's functional or not.


Ugly purple!  I made a conscious decision about not putting in the linear parts of the bridge until the sky and hills were done, I questioned that decision later.

Sky. I brought out a bit of cobalt I had from my previous life......and used it in the sky, I didn't go near the prussian.

The color of the hills were either light purple-ish or light ocre-ish, they inter-laced, and it took a few tries, and some wasted paint to get something that worked.

I finally got the canvas covered, even though I'm less concerned if the tone shows through, even being that purple!

The way the sun hit the macadam did not make it look as light, as the snow in the shadow, so I didn't know exactly what to do.


Here's the thing I drew in the trestle but I don't think I had some of the other elements drawn perfectly. Had I done them together, those relationships would have worked themselves out....

I pushed it around and figured by the time I put the tree and telephone poles in, it wouldn't be as noticeable. 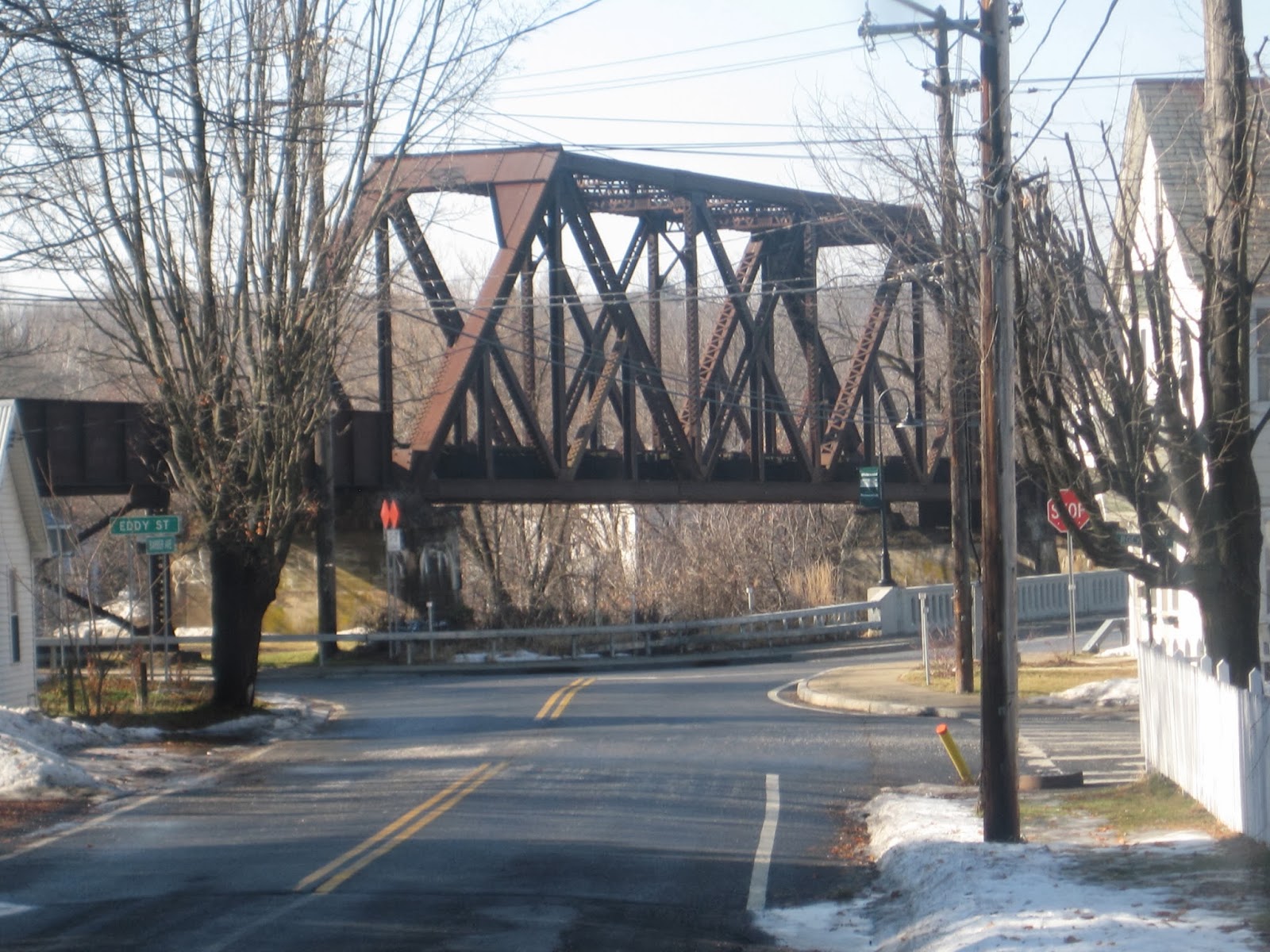 This is my scene when I started, it was 11:30,  I went strait through until 2:00, it was so nice, I could have stayed longer, but I had an appointment.


When I decided on the composition, I felt the house on the right overwhelmed the bridge, so I just included the telephone poles, on the left I liked what the little house did, so I included that.


I worked in the bed of the truck, it's like a little room.


Third painting on this pallet.