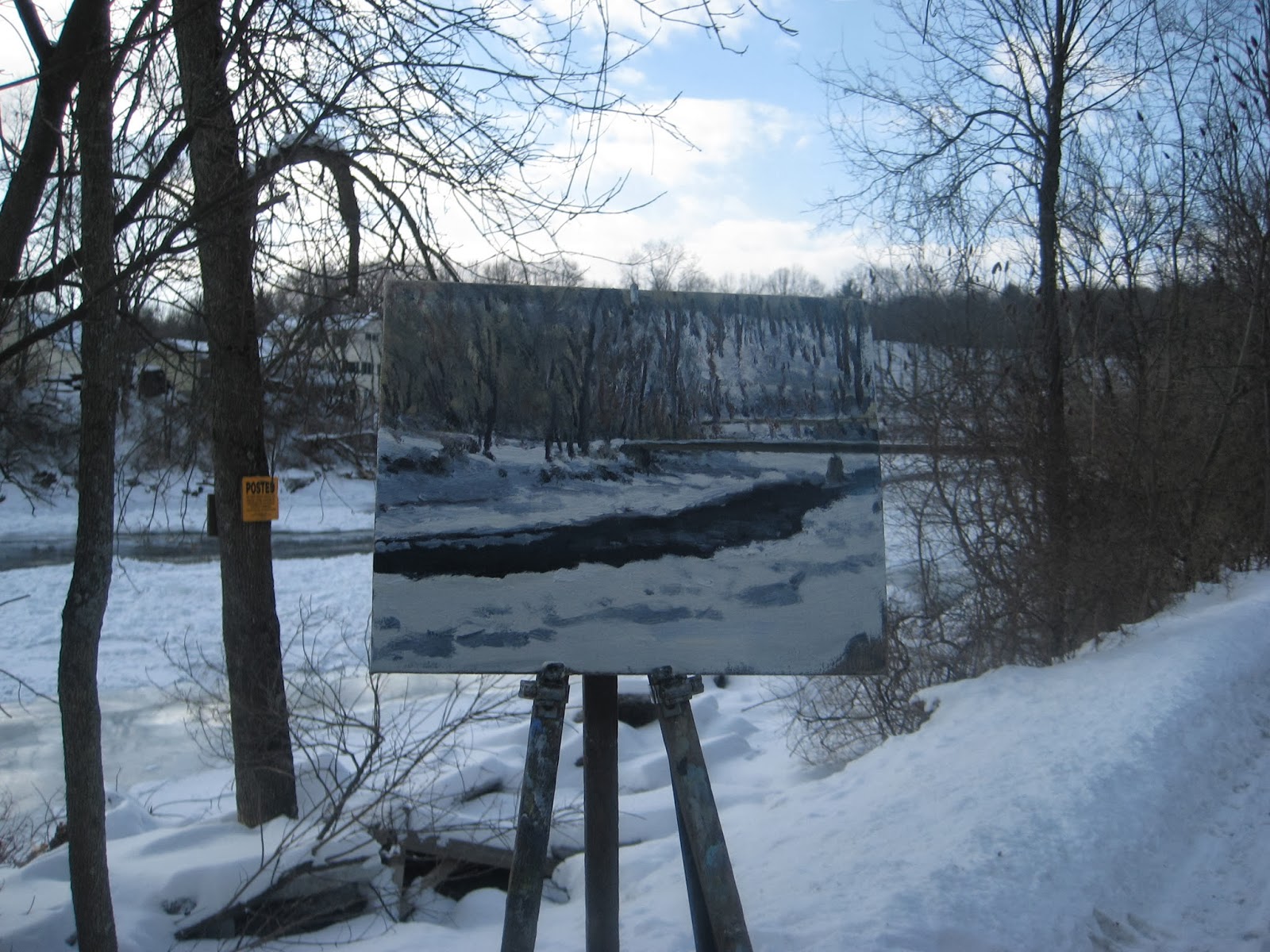 OK I'm addicted to this river, and it's bridges. 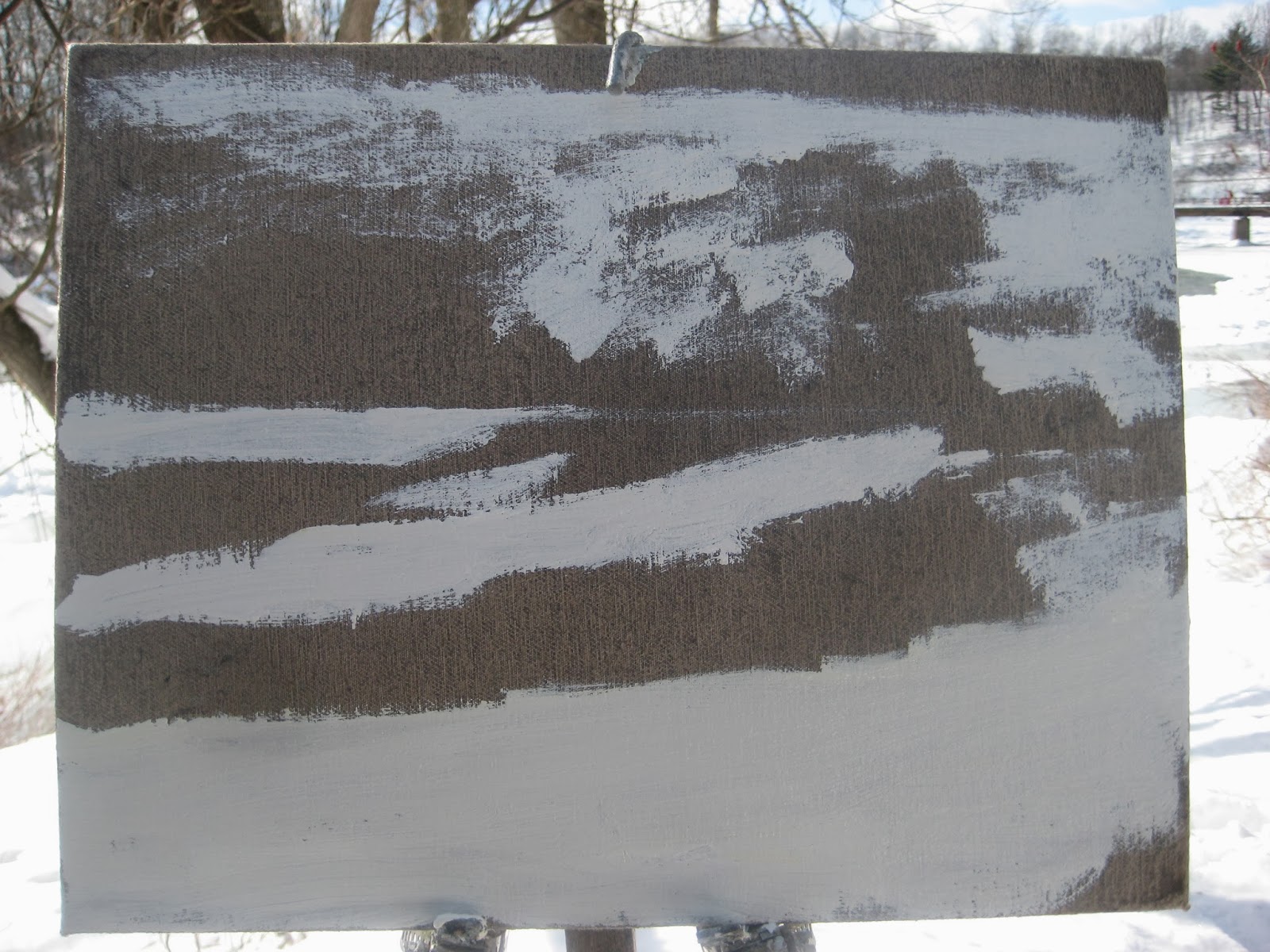 I liked this scene because the opposing hill with the trees sticking out of the snow, was behind the river and bridge, like it just arranged itself for me. 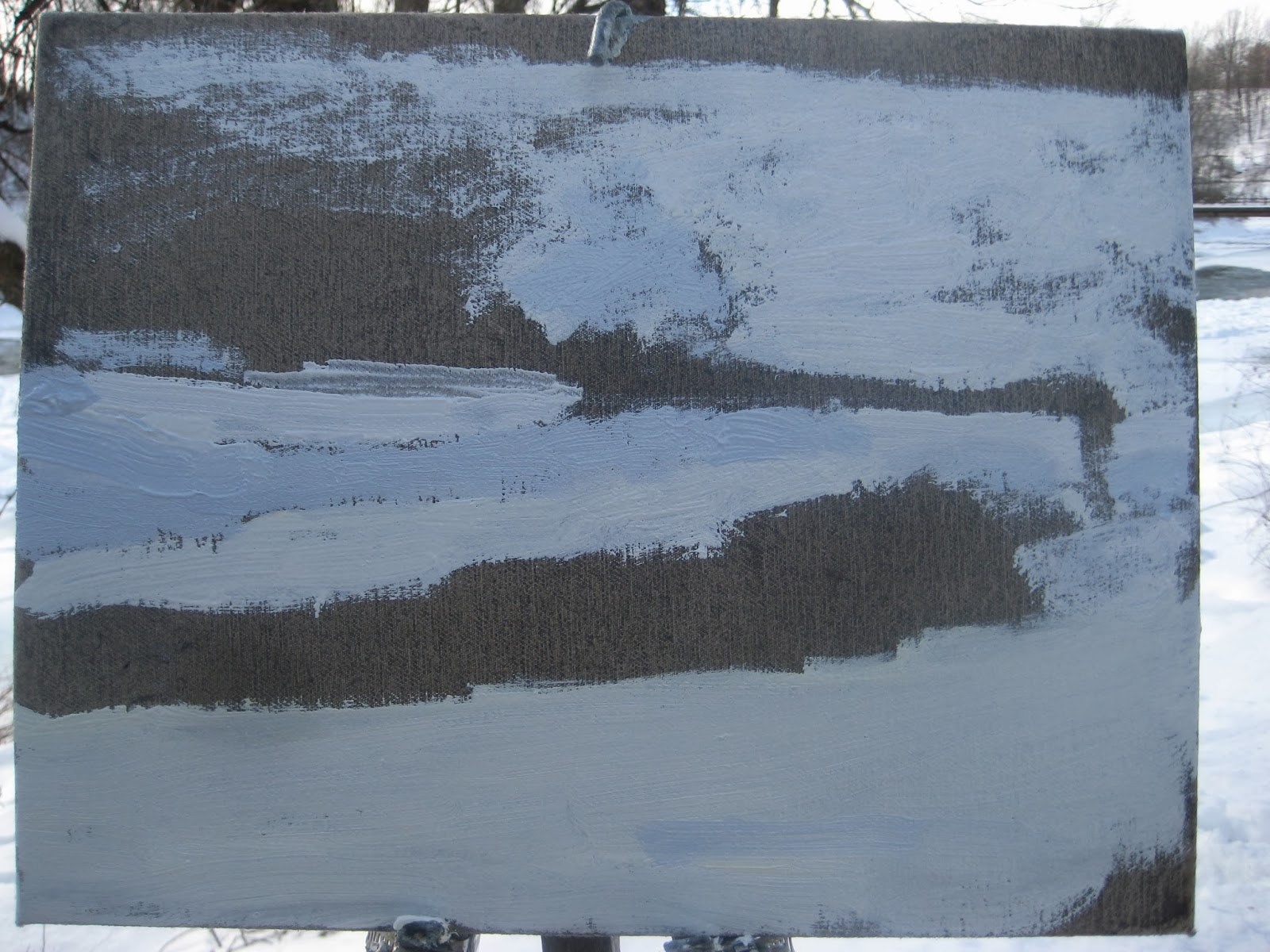 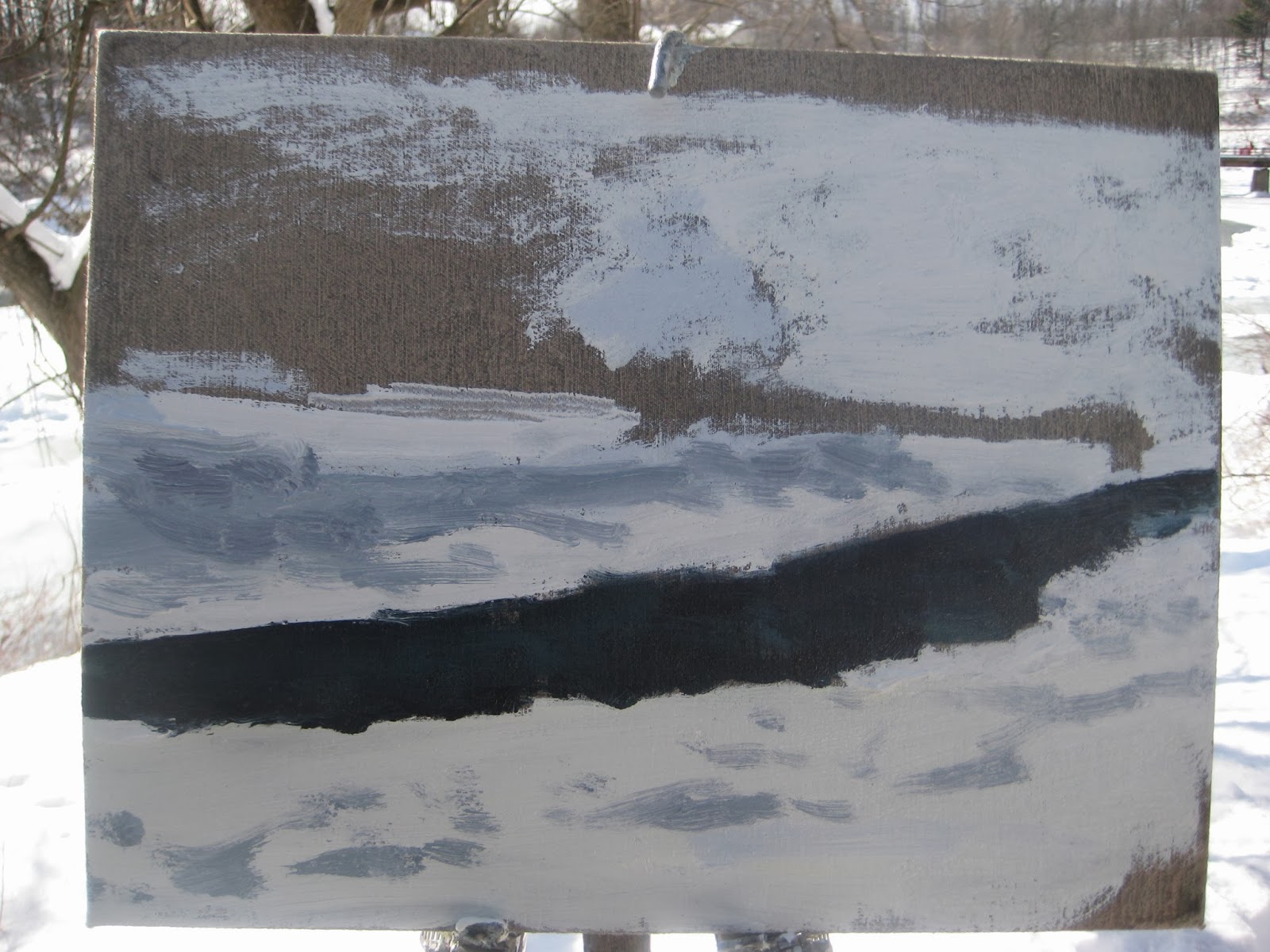 I'm still using the same M.O. for these paintings, my tone is so close to some in my scene I could leave some exposed, and maybe there is.  After the snow the next different thing is the water, very dark.

I had some pallet issues today, when I started on the delicate fuzzy trees, I couldn't get the hue right, I switched out the burnt sienna with burnt umber, and was missing the redness of the seinna, so I used a bit more (tiny bit) of alizerine, but just couldn't get it. 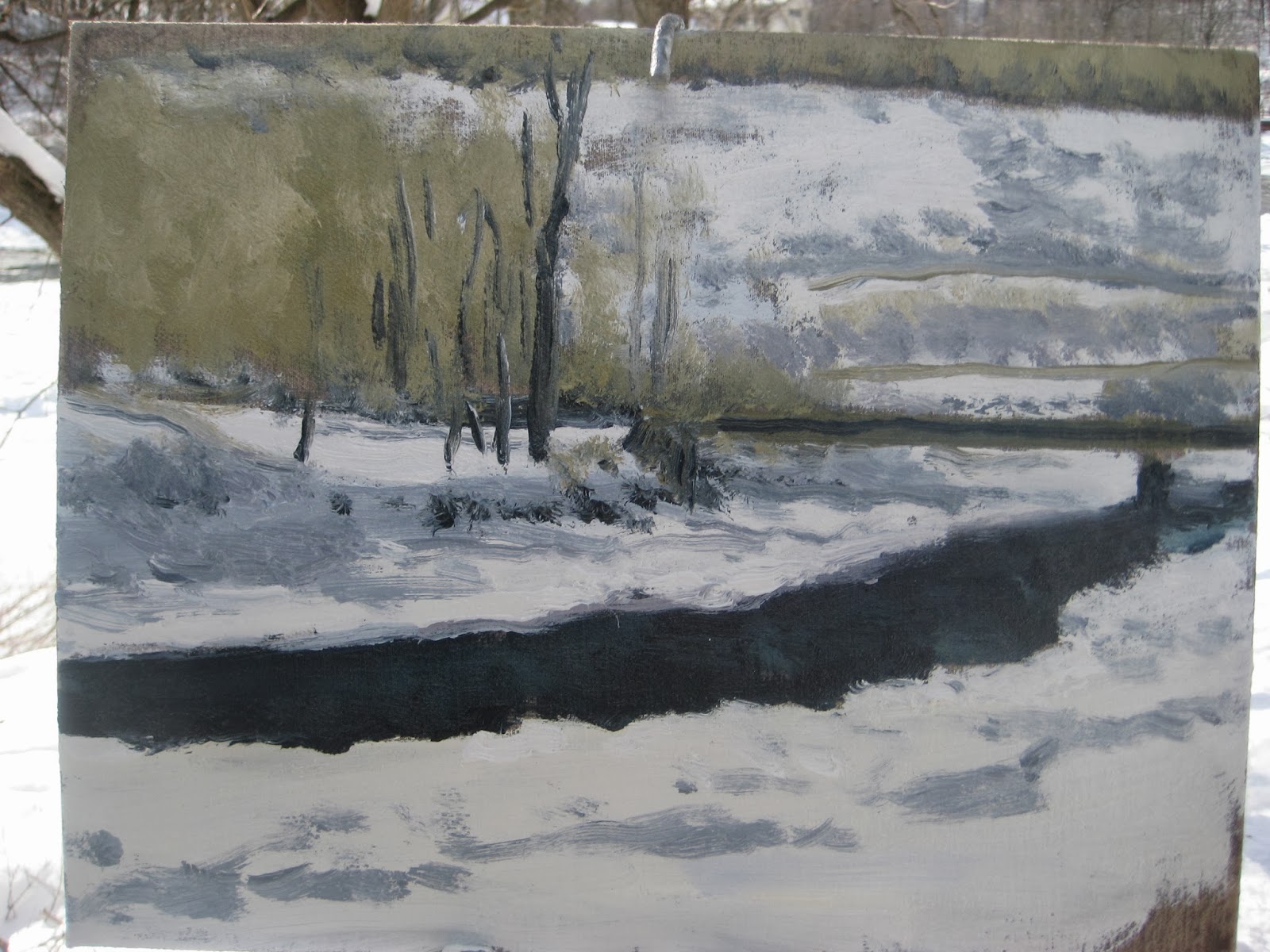 I kinda resigned my hue problems and went on with the trees, it helped. 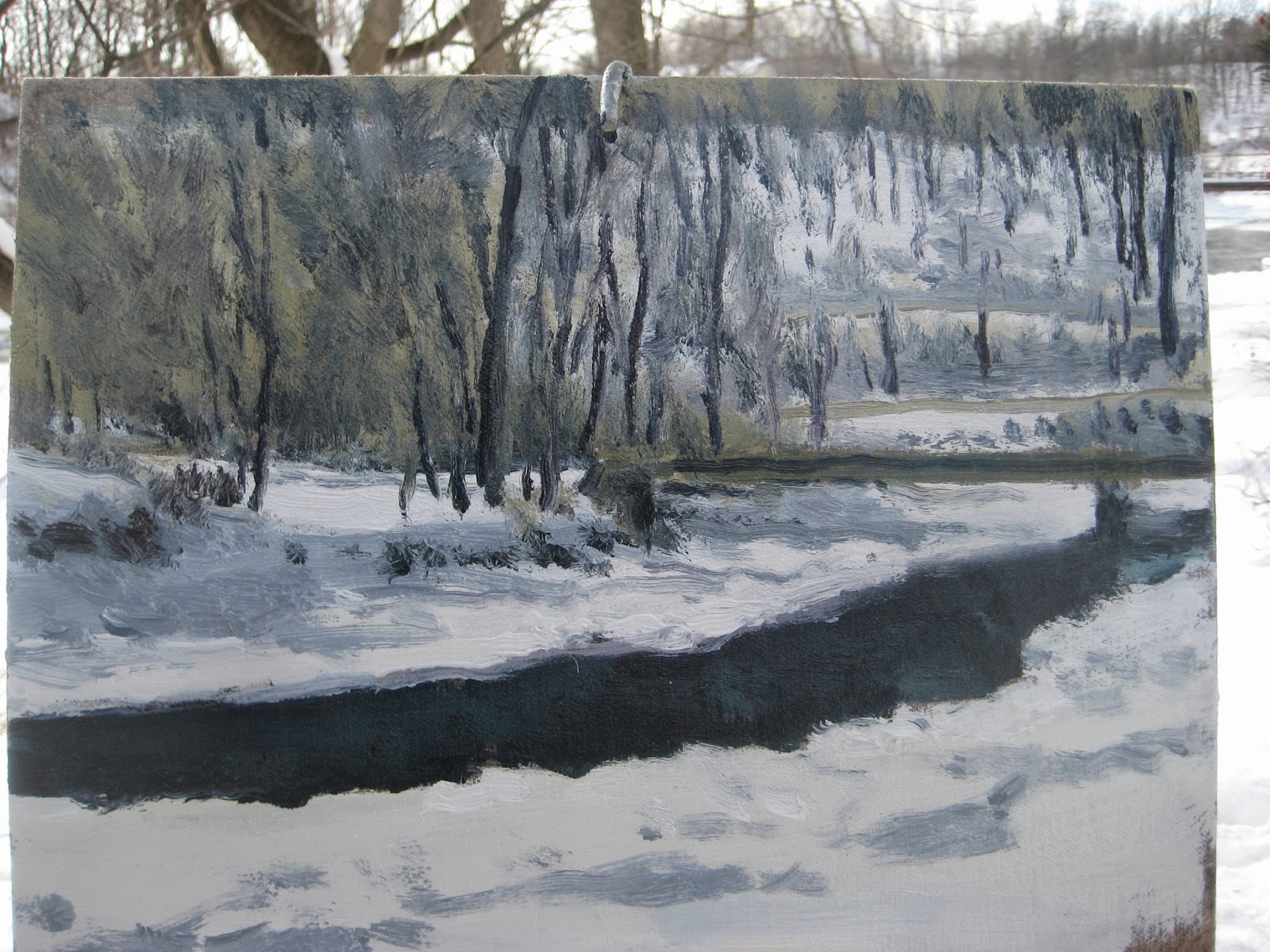 I was going back and forth over the area defined by snow under trees, it's a layering game, I get the snow, both warm and sunny and the snow in the shadow, blue, then I work the trees over it. 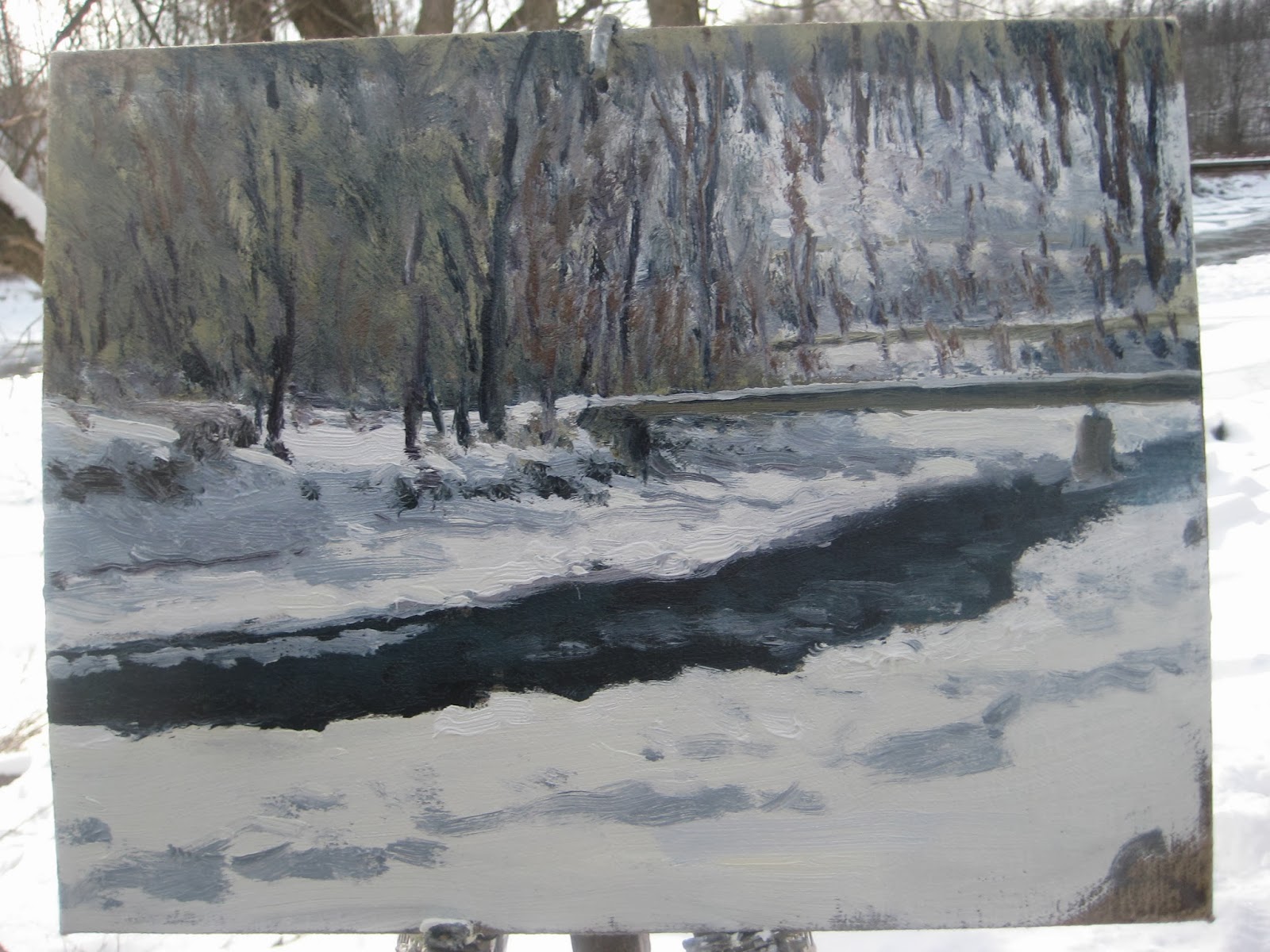 When it gets to where your just fussing and it doesn't seem to be improving, you just have to call it. 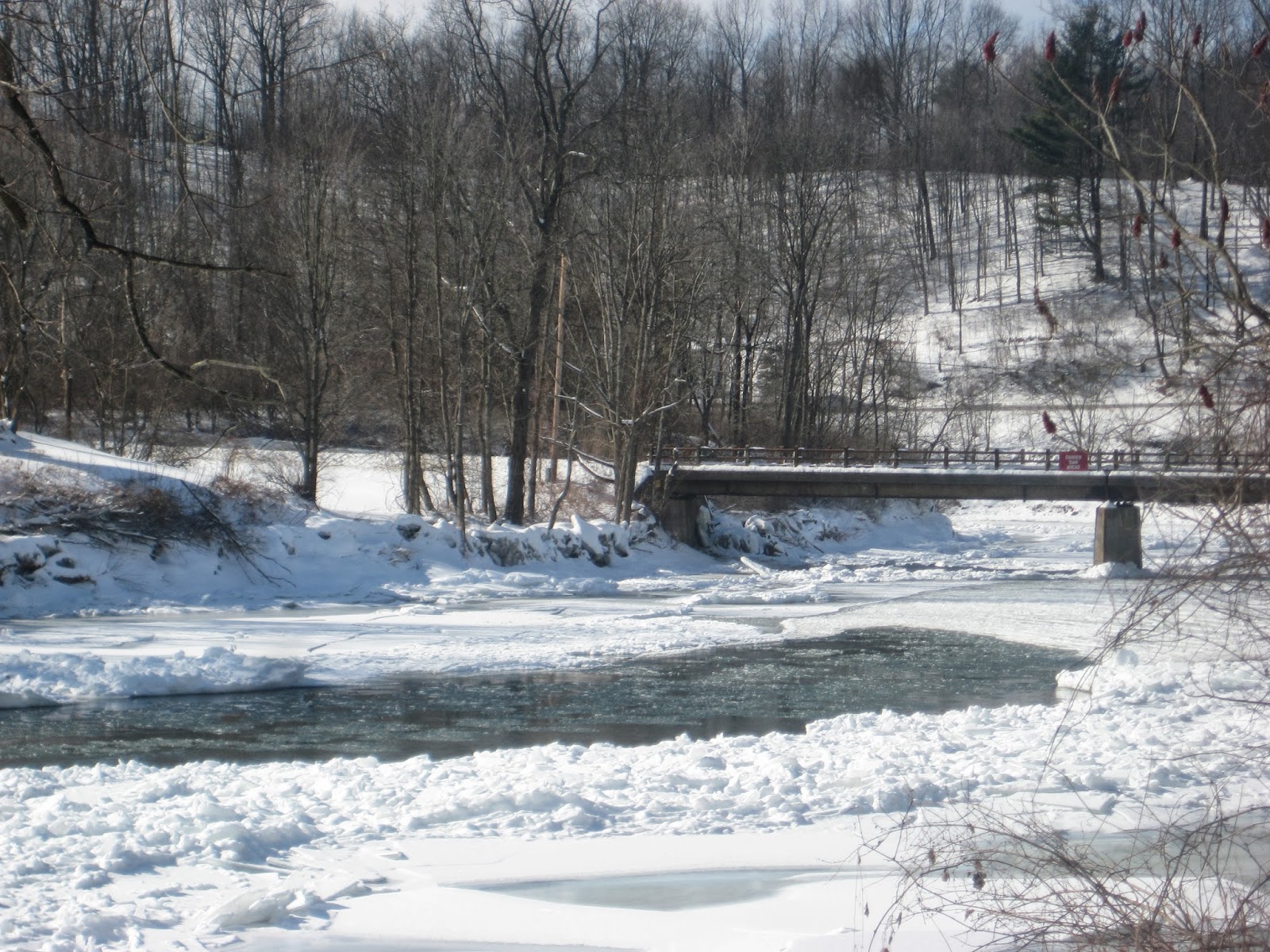 The scene at the start, about 12:30, I  worked until about 2:30, the light came and went a bit, but none of that mattered, I was cold but worked as much as I could have. 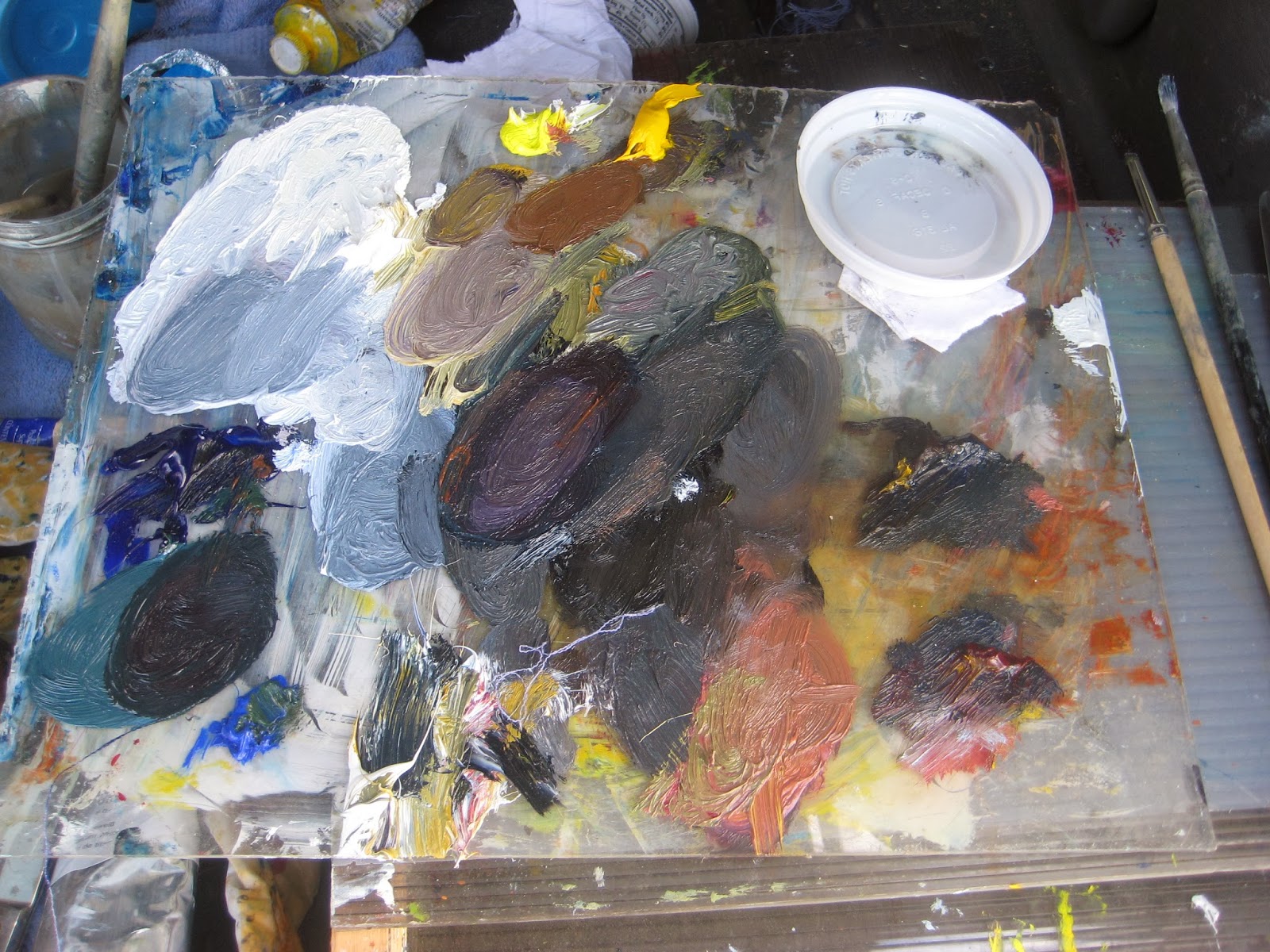 The advantage of the cold is that my paint stays fresh for days, but it can get stinking messy! 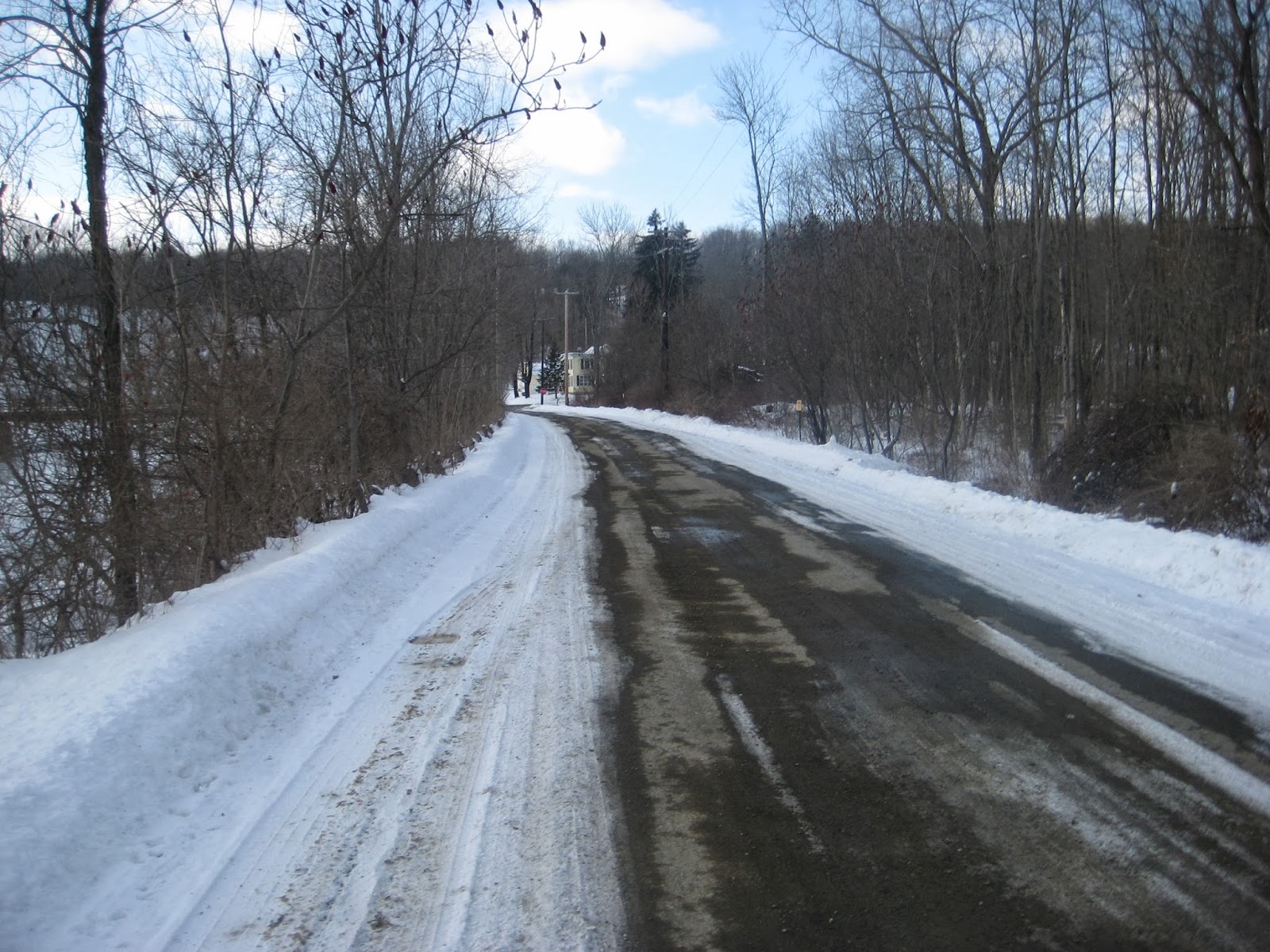 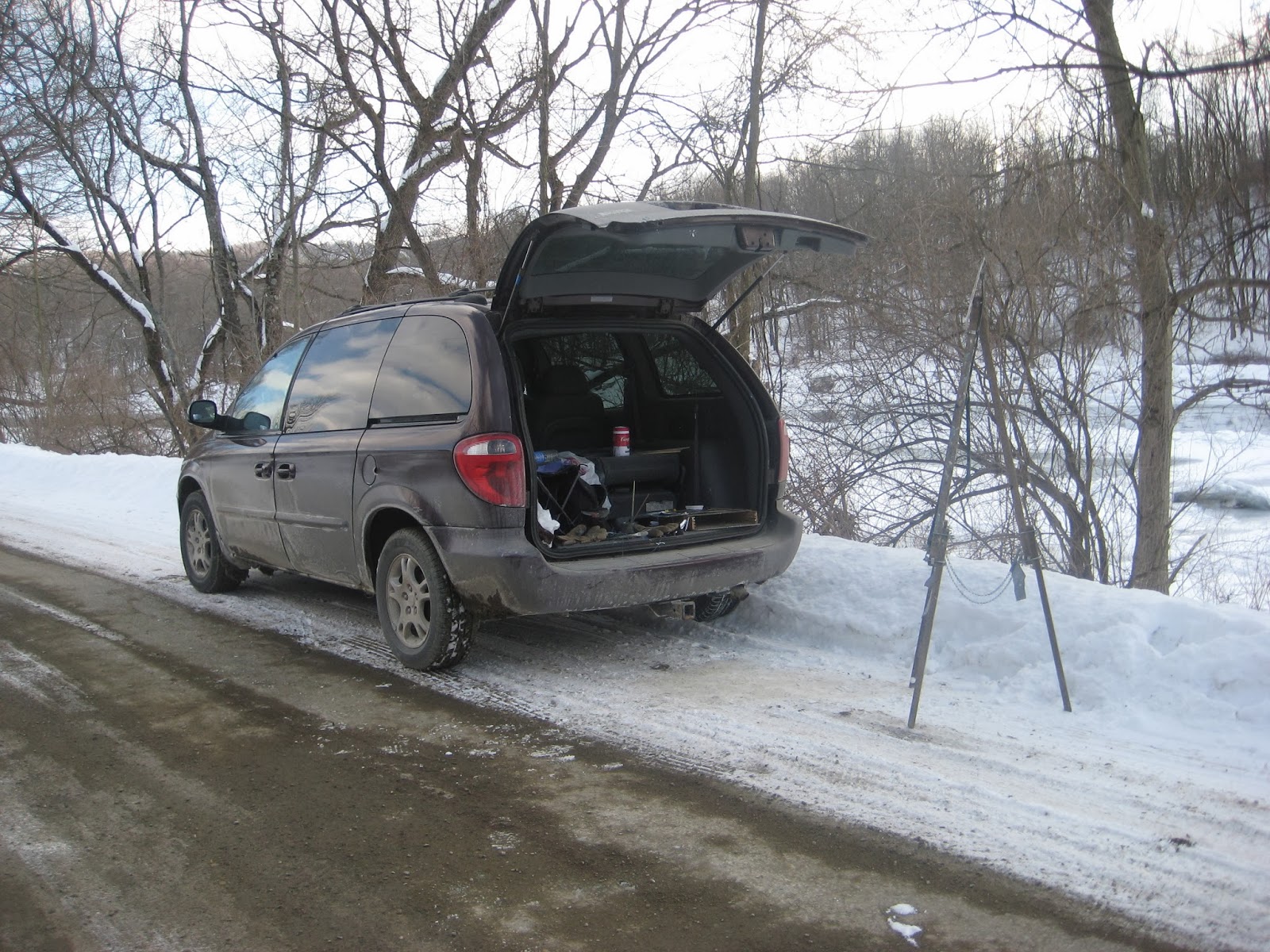 I hiked off the road at a few spots, one of which I had painted a number of times, but found this, easy.