I can see Vermont from here! the Battenkill @ Camden Valley Rd. 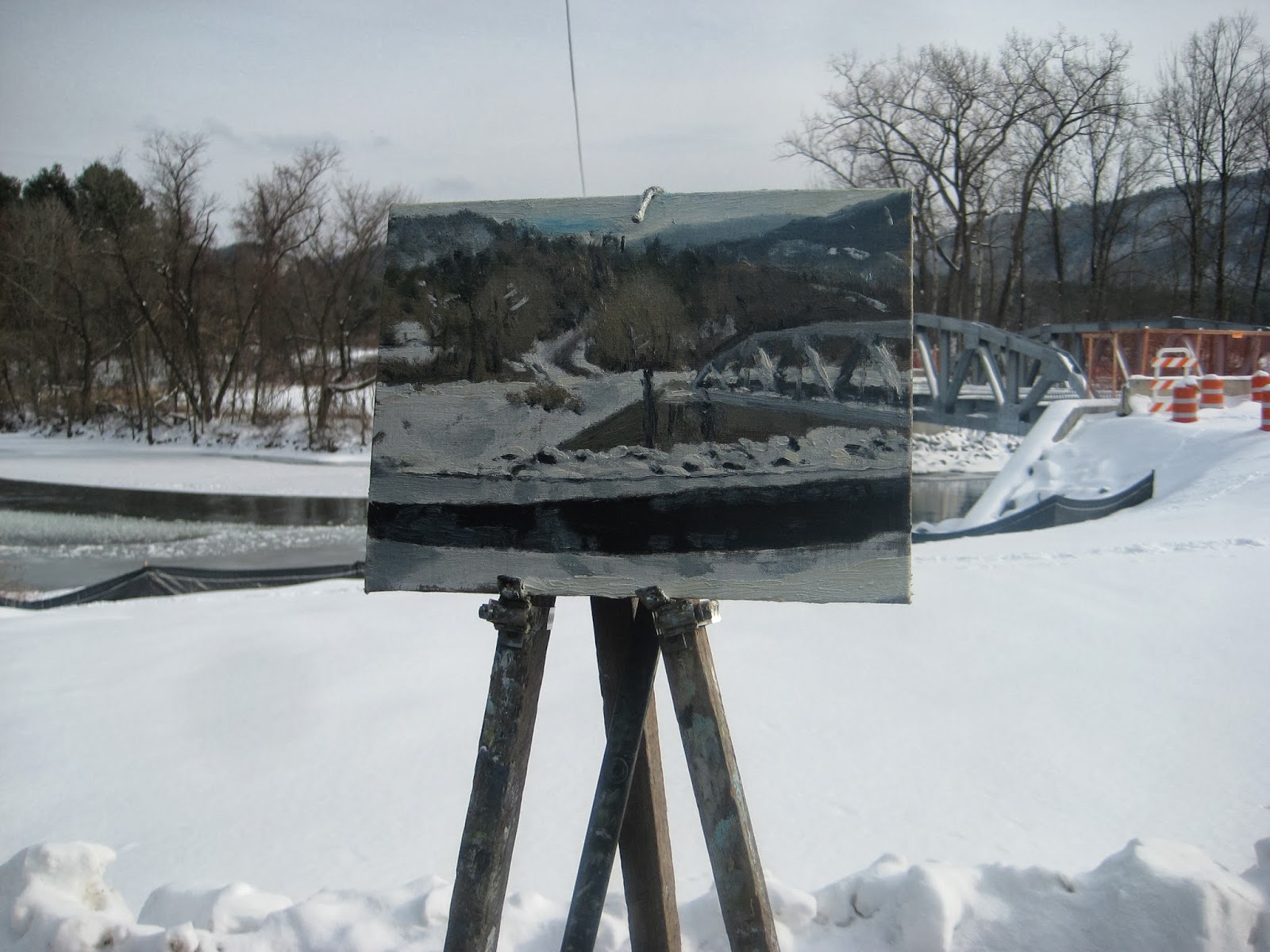 This bridge has been out for some time...... 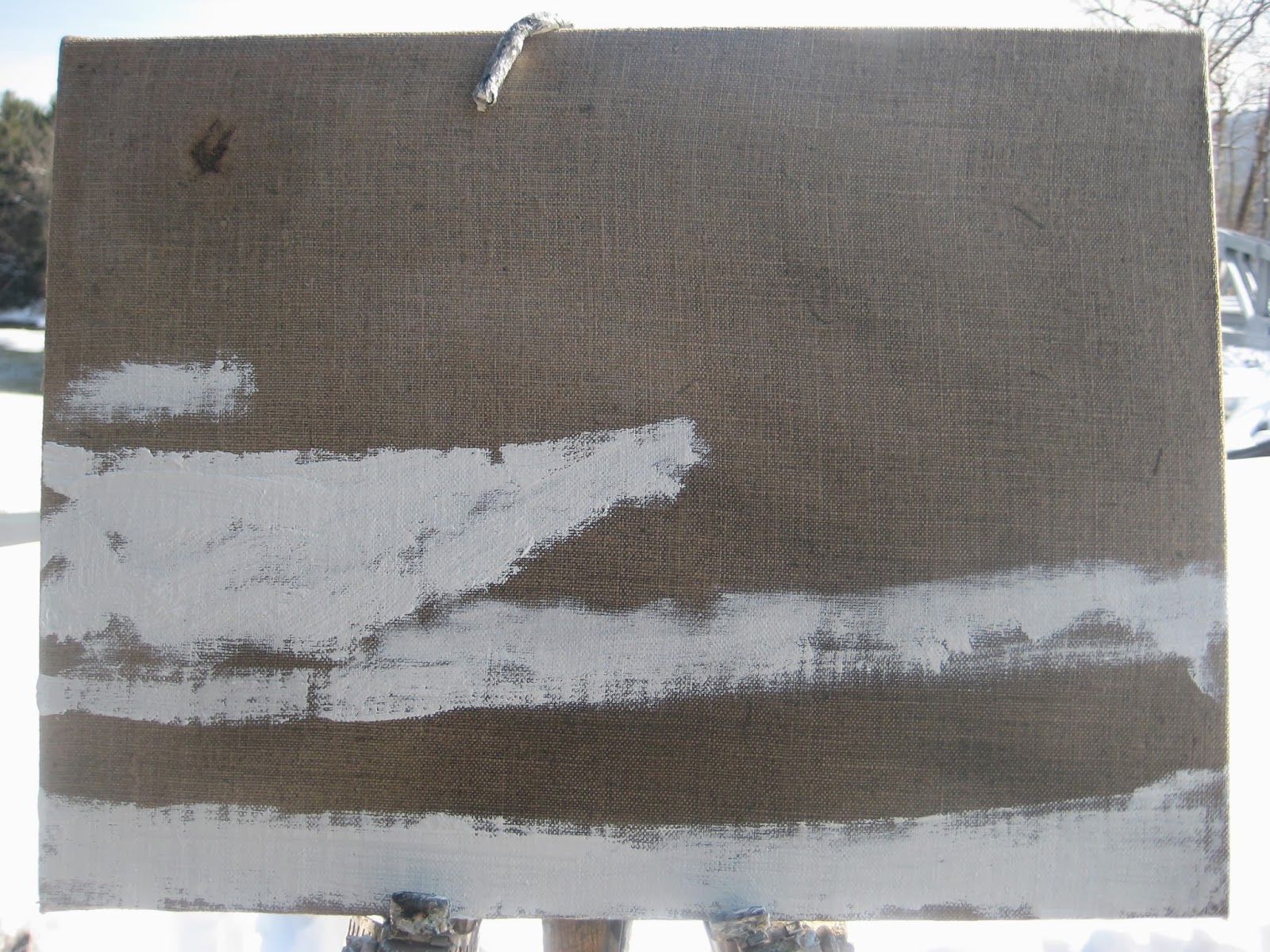 The brightness of the snow, was the most salient part of my scene and it contrasted very sharply to the canvas, which was all the darker in the shade. 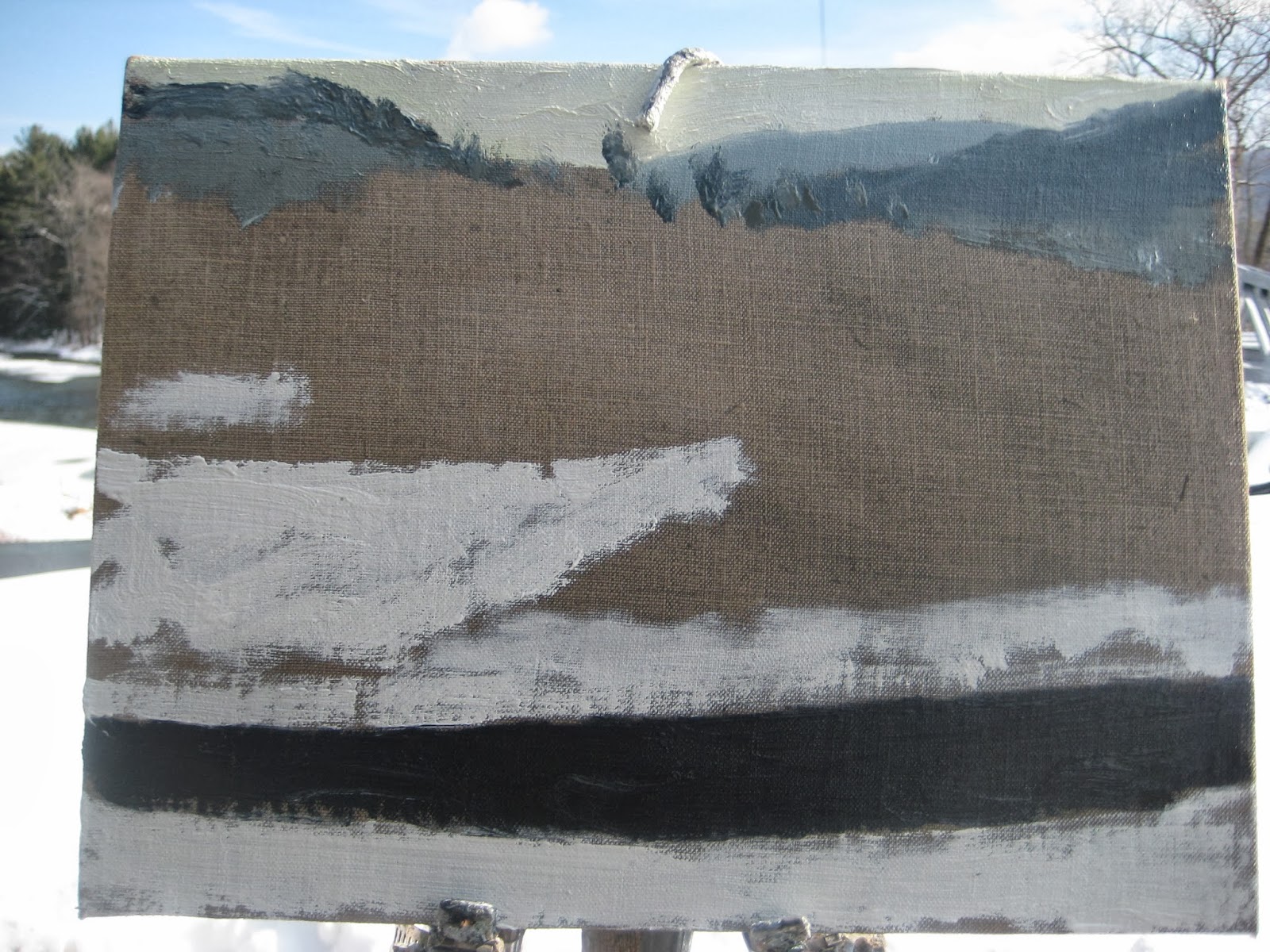 The next items that were the most different was the sky and far hills and the water. 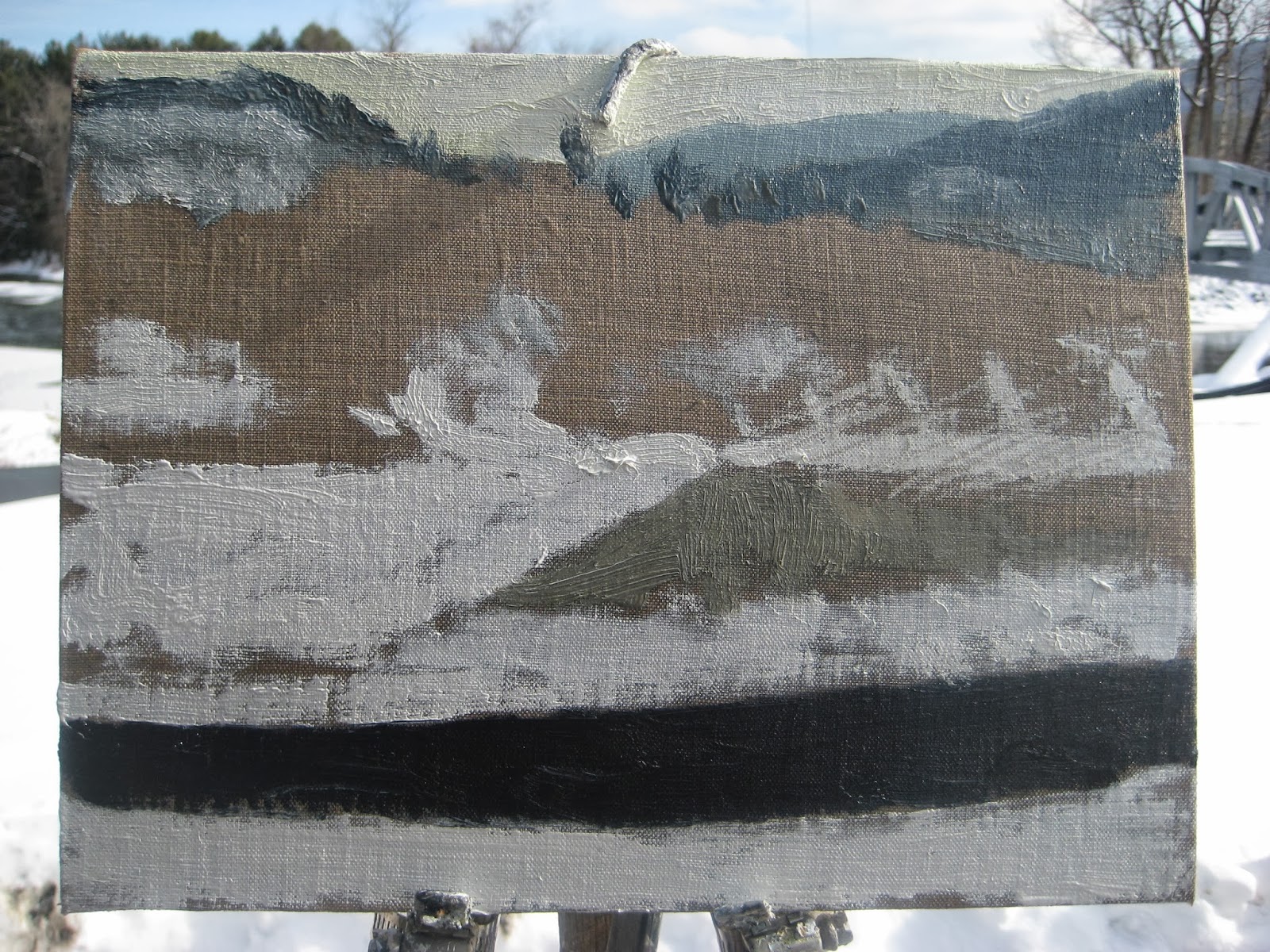 As the session progressed the light started to rake across the surface, so I'd move the panel a bit, it does make it weird, but it's better than shadows. 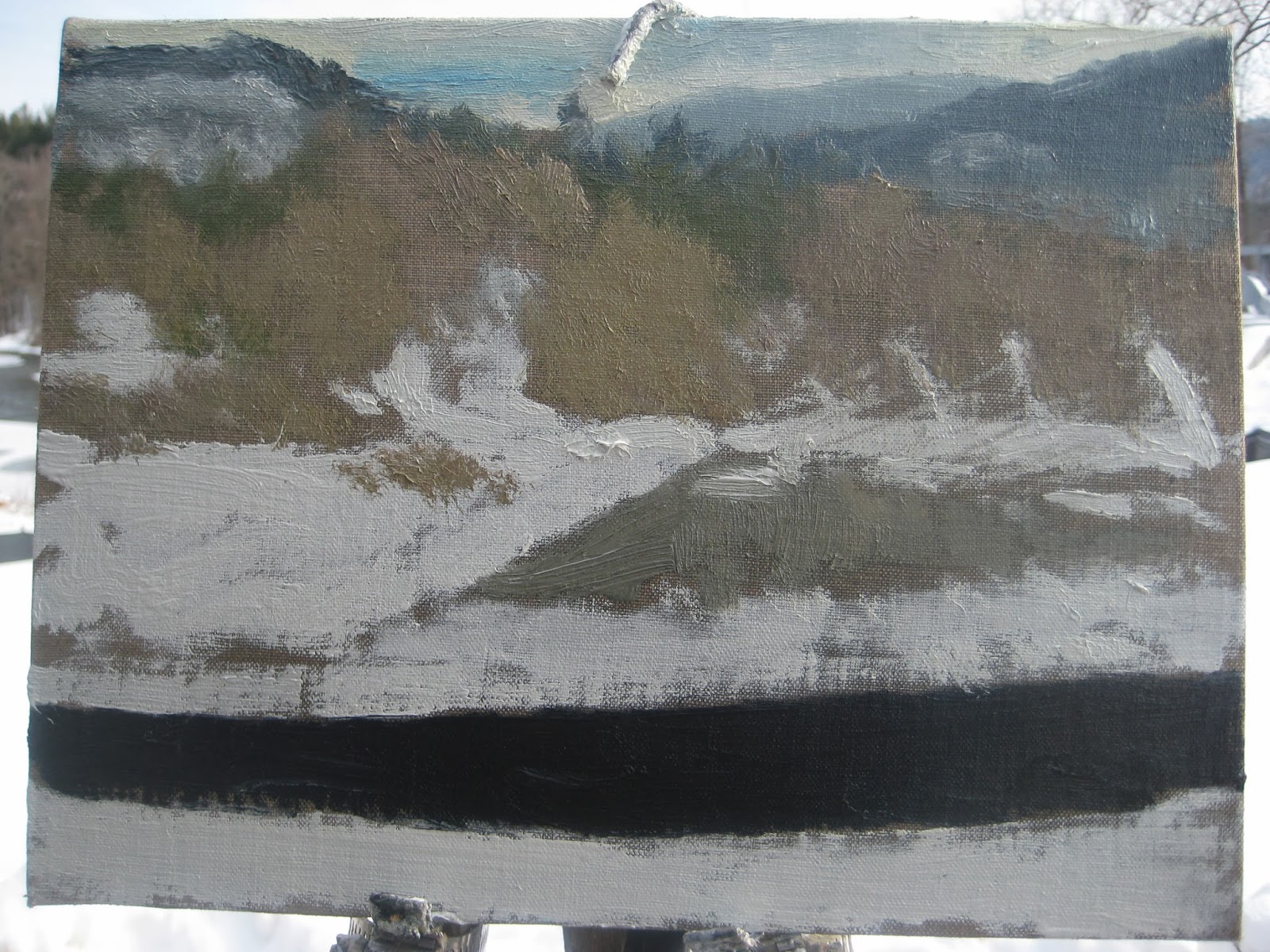 I discovered that the tone of my canvas was very close to the middle ground trees! 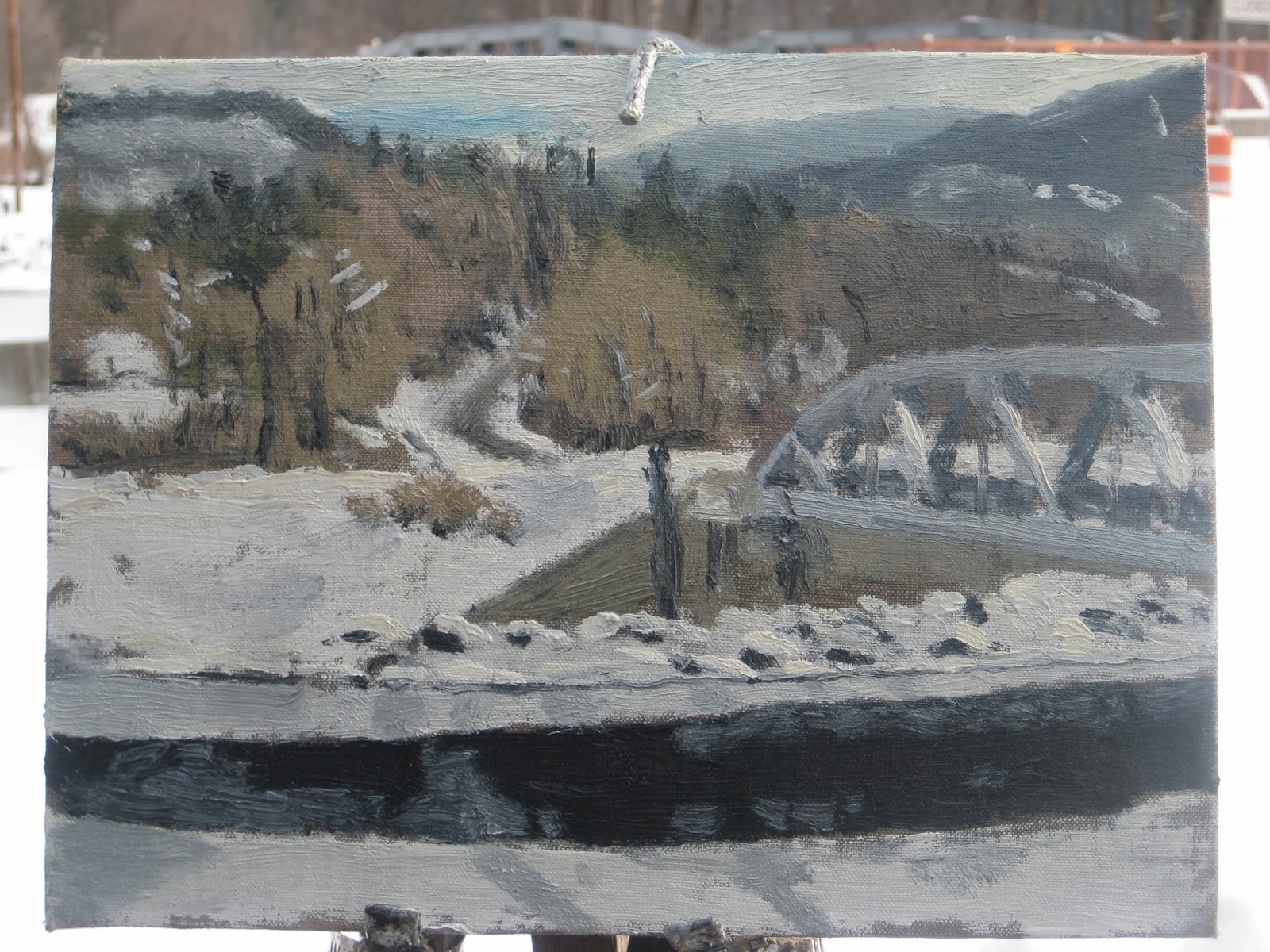 I liked the scene for it's big view and little view, but was having trouble getting them together. 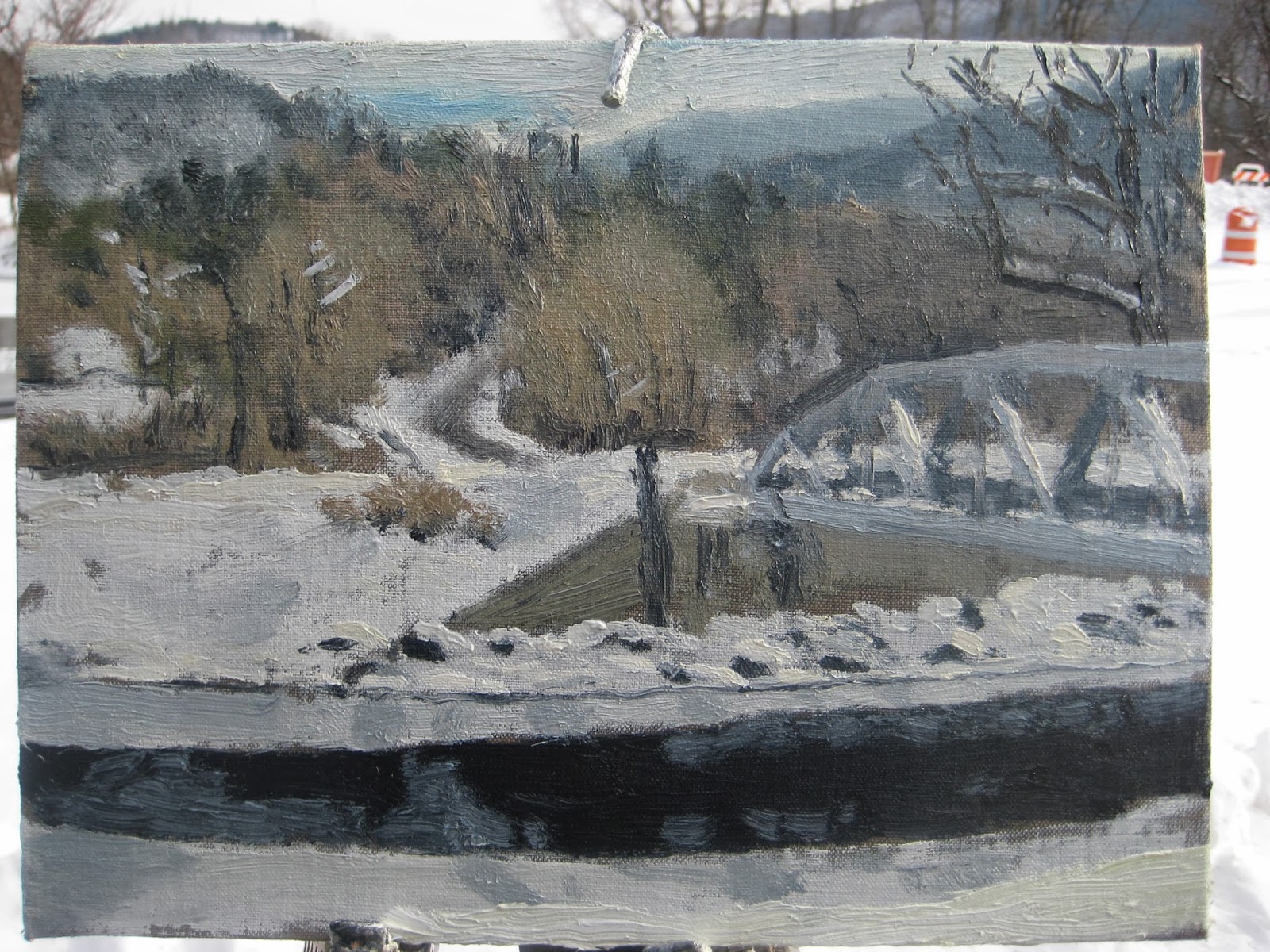 Here is where I ended up, today was over 2 hours of painting time! The temp was reasonable, but I'm always pushing the envelope and don't go until my feet and hands say "go" 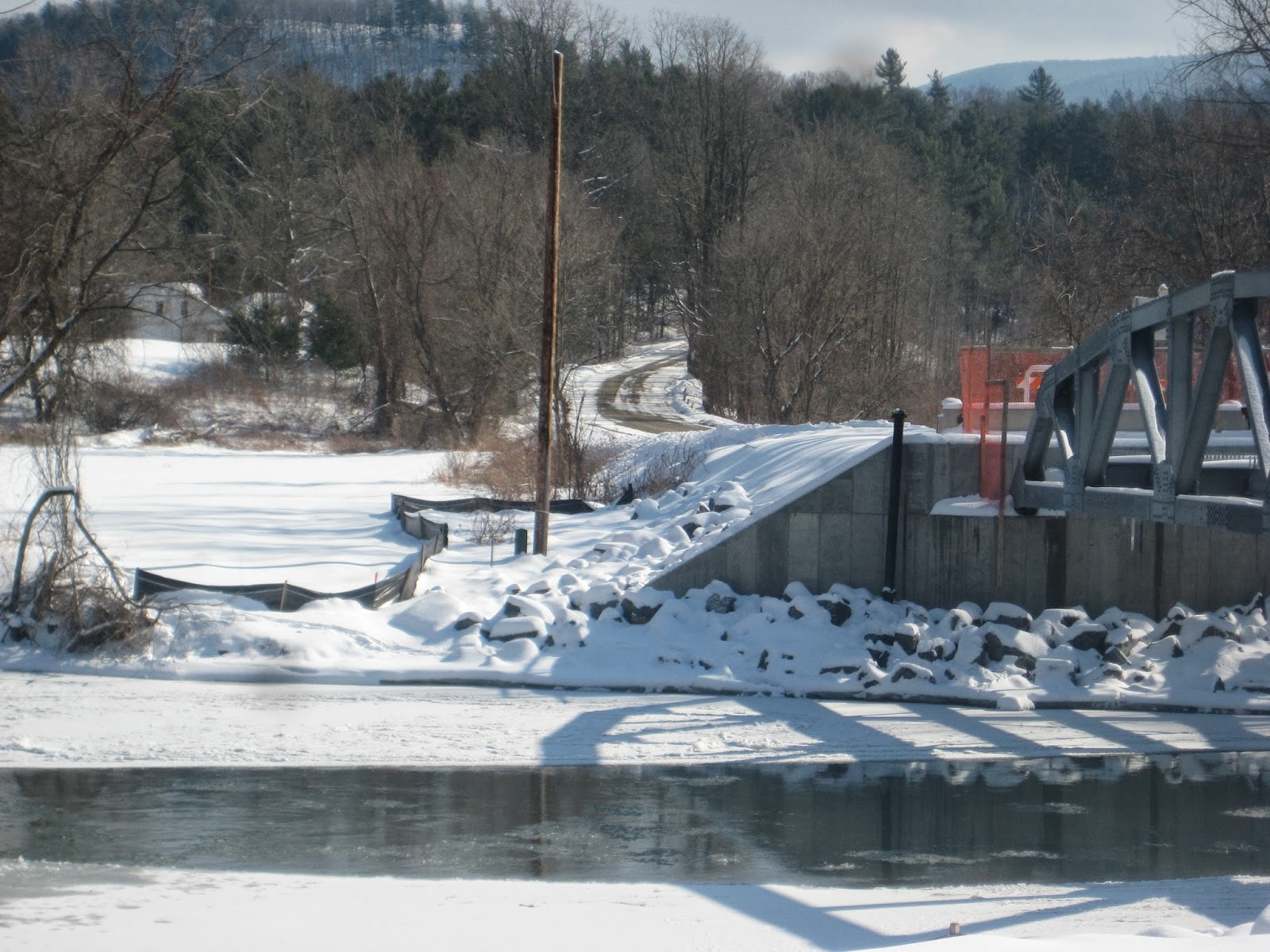 Here is my scene at the start, the sun was out and high and the contrasts were well defined. As the session progressed it slowly became overcast, and it crept up on me, I didn't realize what was happening!