Battenkill at Route 29 in Greenwich, the trouble with "the money shot"

35  F  sunny with some hazy overcast interludes, some wind. 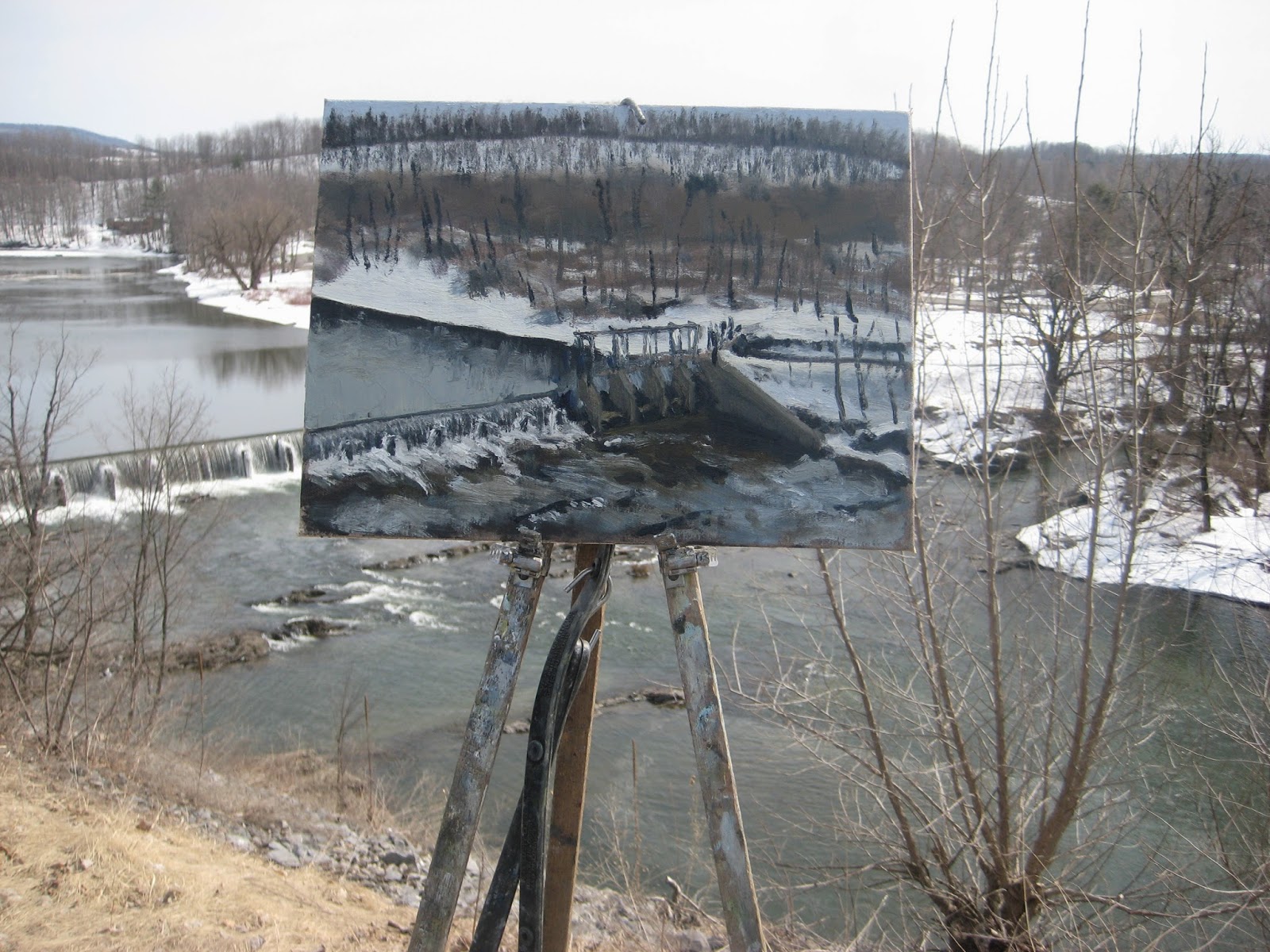 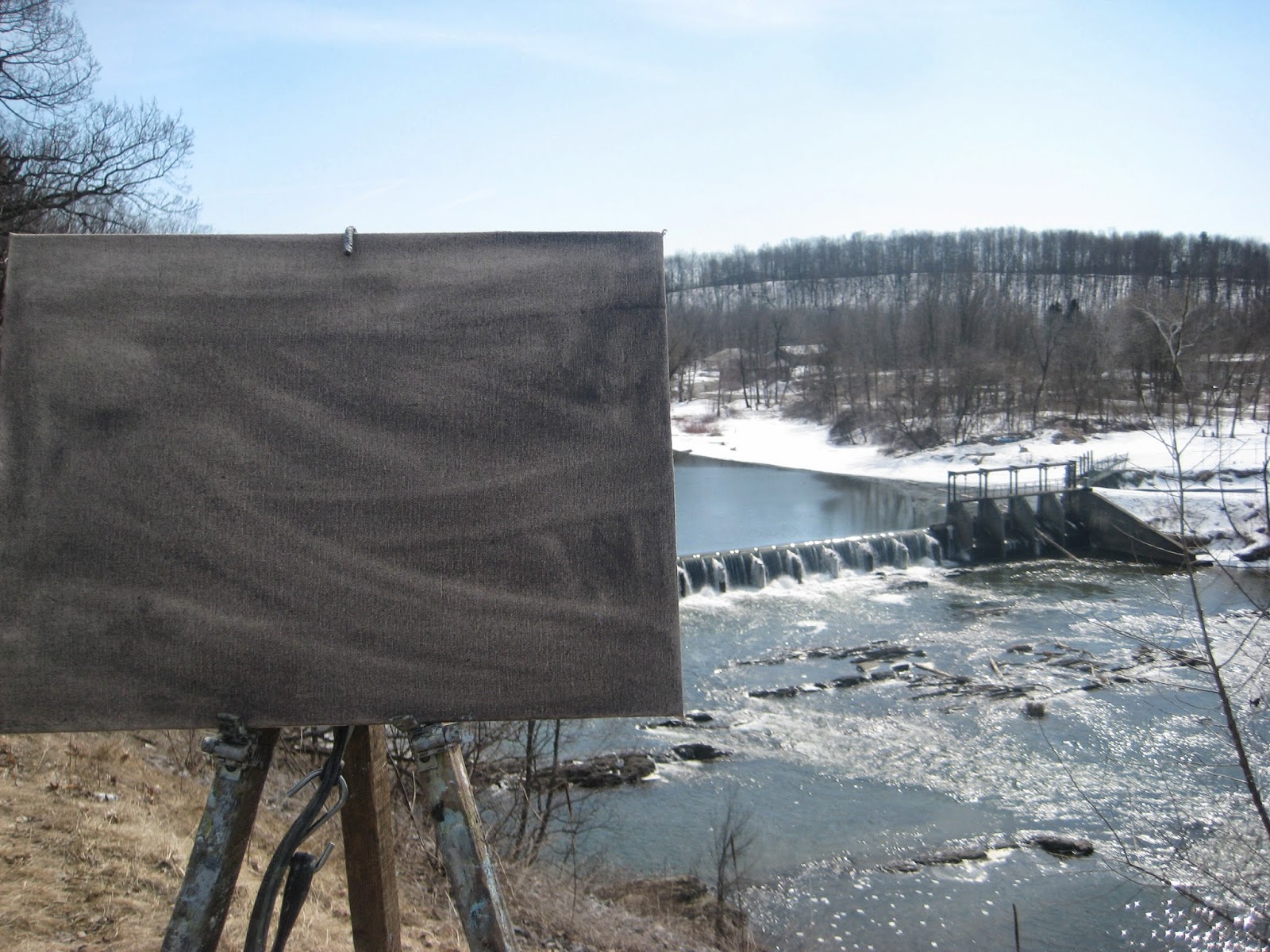 After doing the Mohawk River painting I was looking for grand vistas of rivers, and I've been by this spot many times, so when I drove by yesterday bingo! 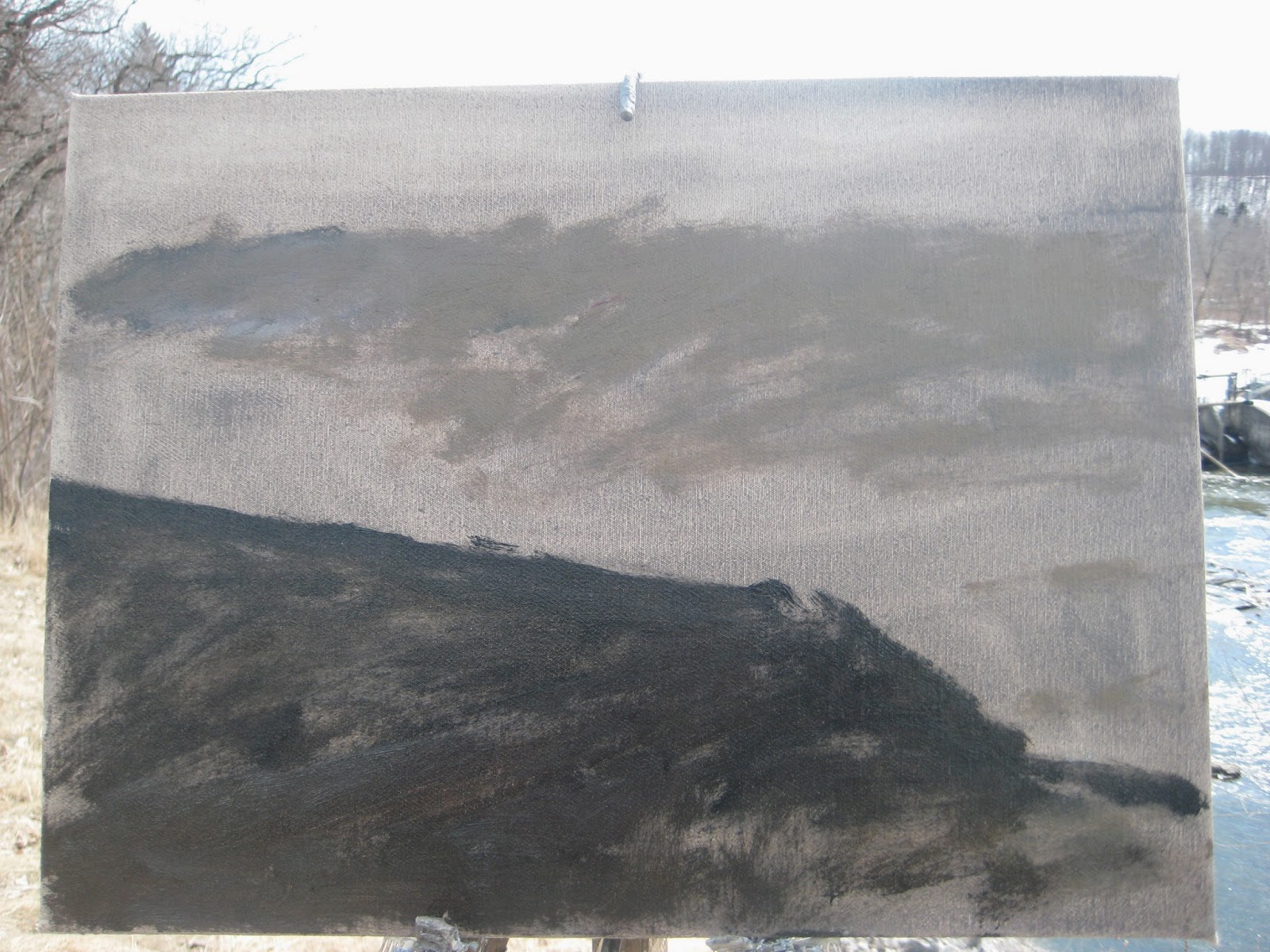 I started with darks but I probably should have done whites. 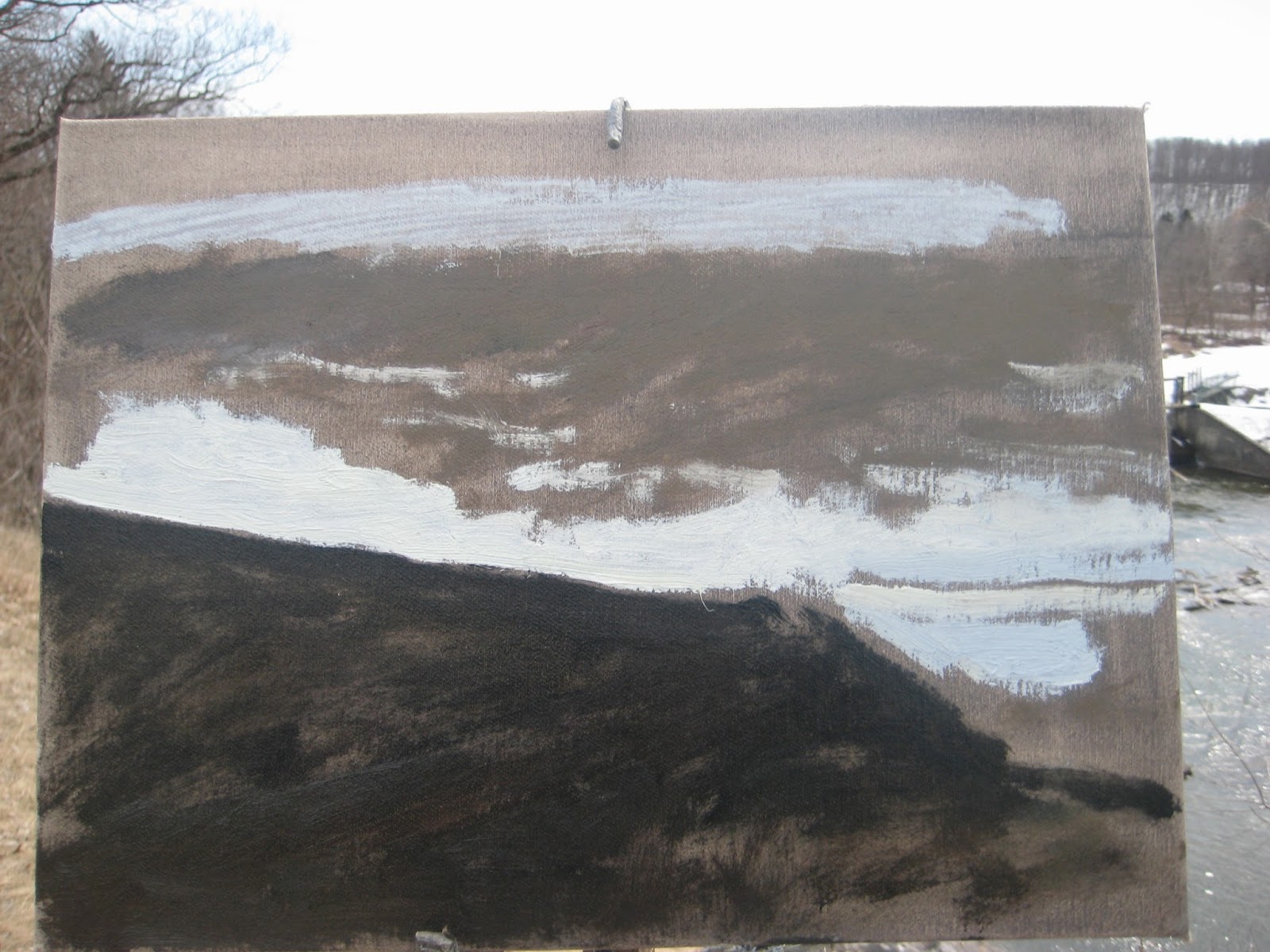 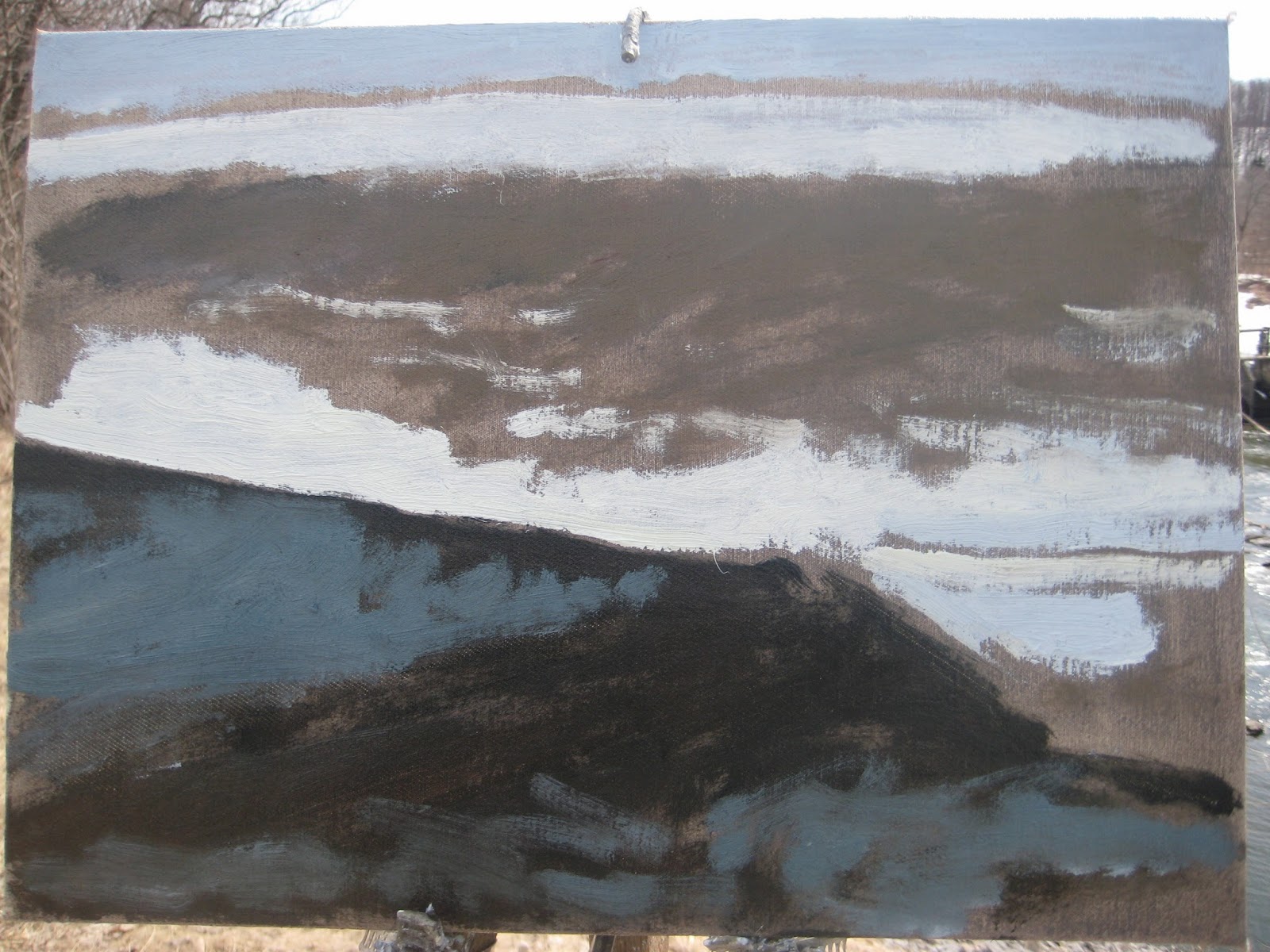 When I started the water was pretty dark, but there was reflected light and it was blue in color, when ever there is a reflection on water, and changing light, (when isn't there?) you can count on drastic changes in it, I would end up scrapping the water off twice before I left the scene today. I love the hills when the snow is on them, and this scene had one, perfect distance from the spot, and with the falls, back lit, what could be better? 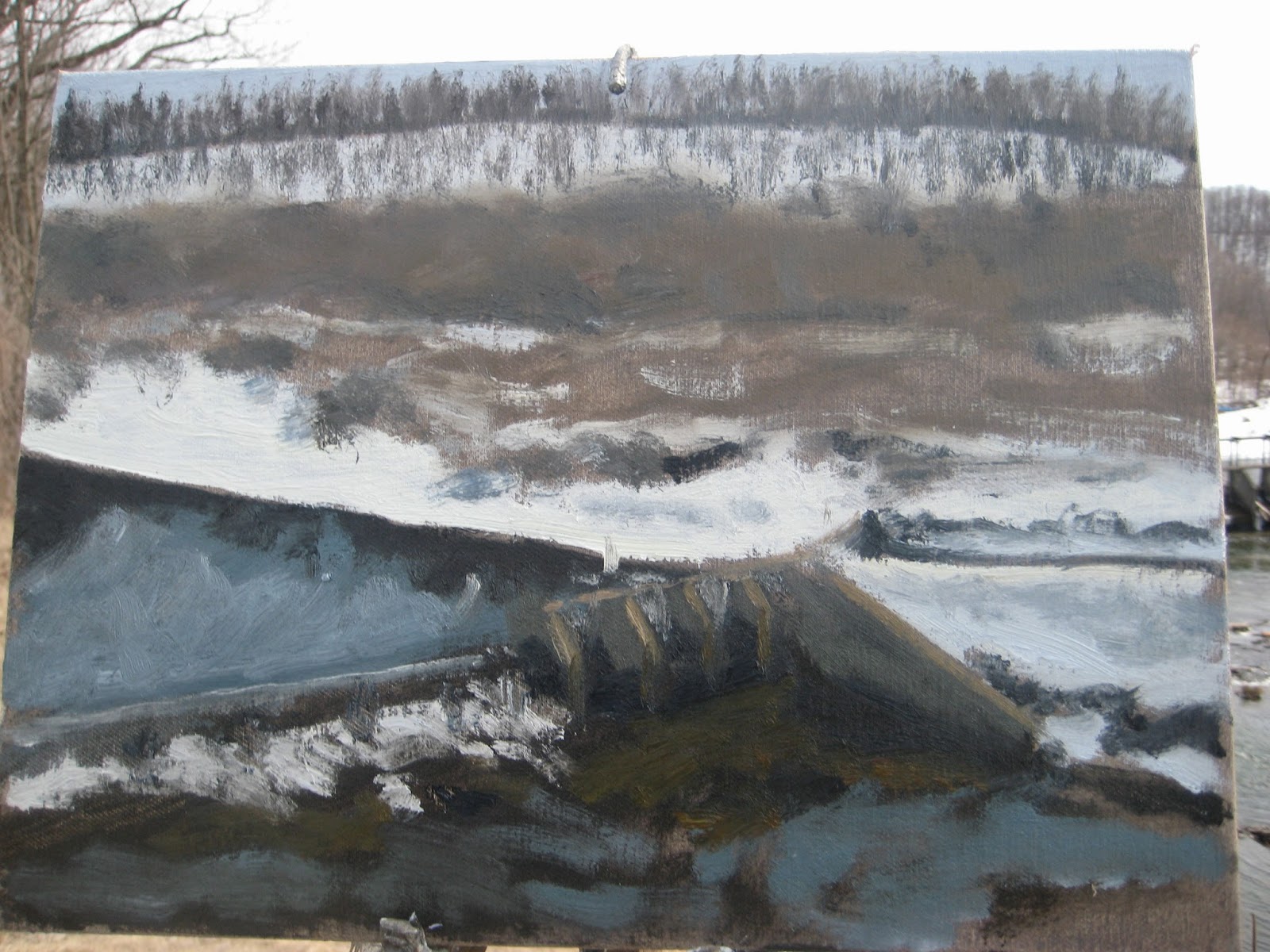 At this point I had most of the panel in play and I needed to work on the falls, I almost hate this part because it's a lot about drawing the forms so they look right, is this a test?  Man made items do this but I love the falls and wanted it to work, so..... 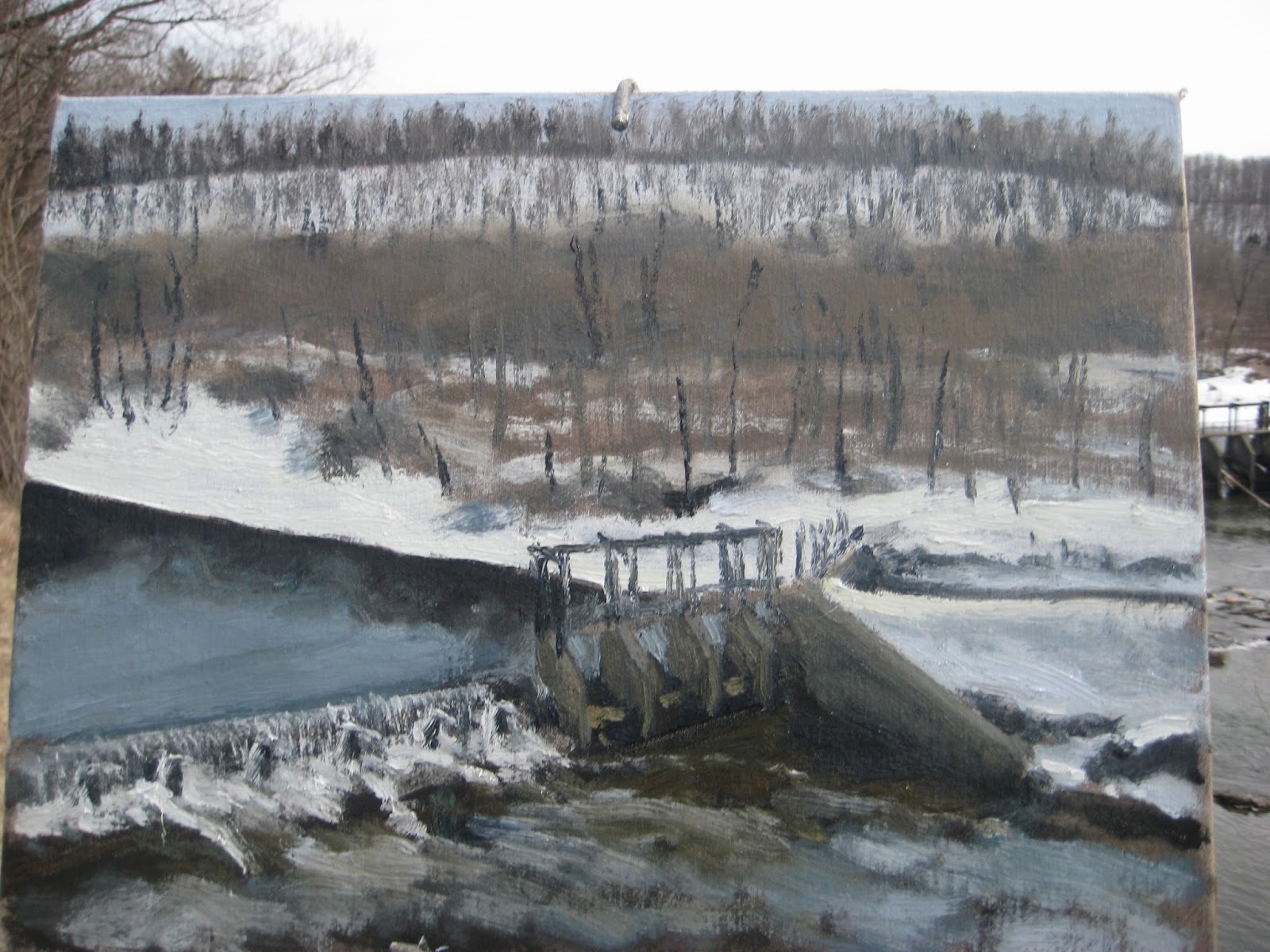 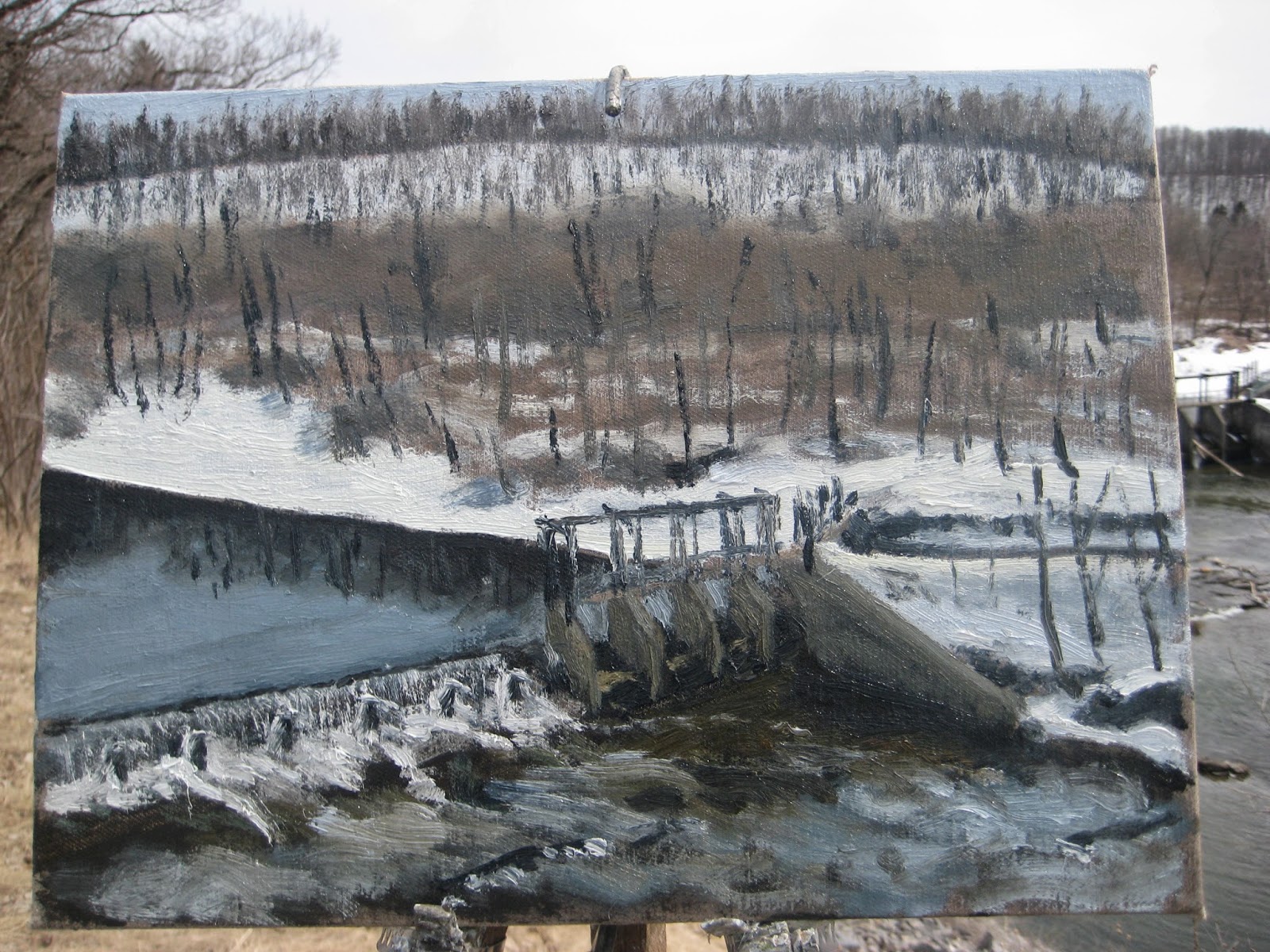 Adding trees. I let the mid distance to remain very sketchy, because it looked that way. 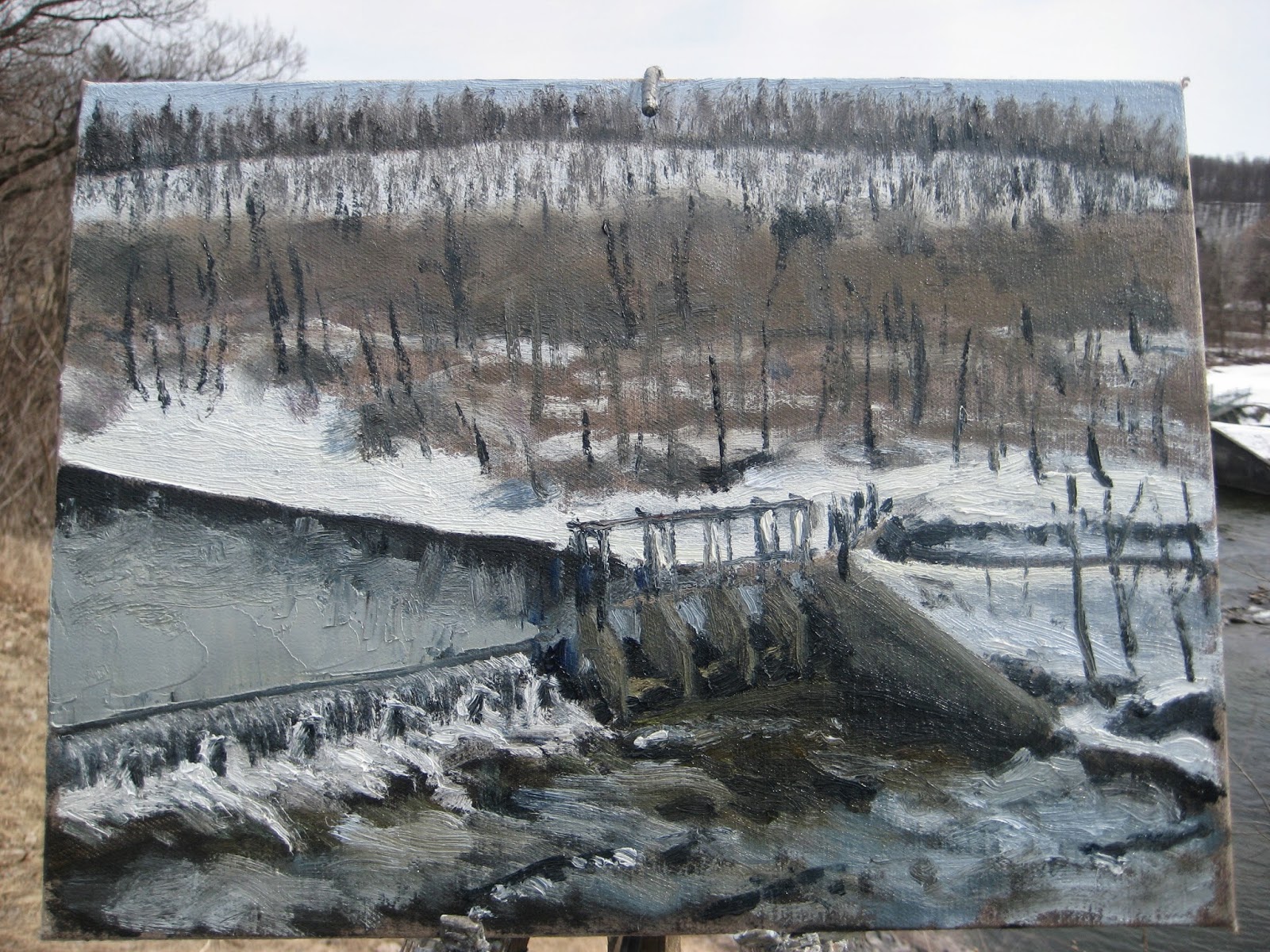 So here is where I ended up, I started at 11:30 and finished around 2:00 the sun was right in the middle of the sky, it reached the surface of the panel just as I was finishing, there were clouds but they were large and sort of hazy masses, and they made no trouble. This was the longest session in ages, I used gloves and had most of my layers on (it was a bit windy) overall I finished because it was getting over worked. 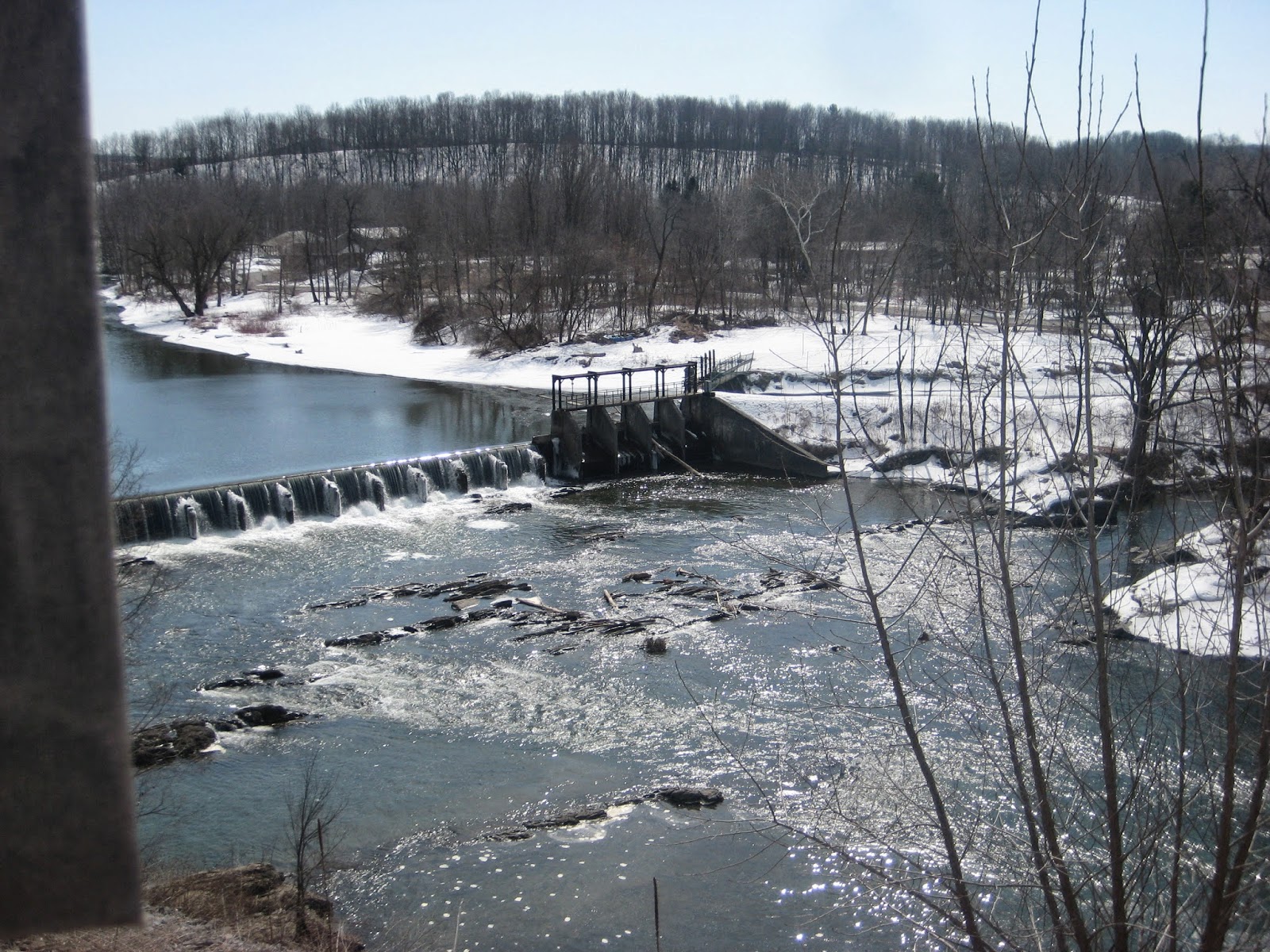 Here was my scene when I started. It wasn't what I thought I'd do with this spot, but the composition worked, and the light was right. 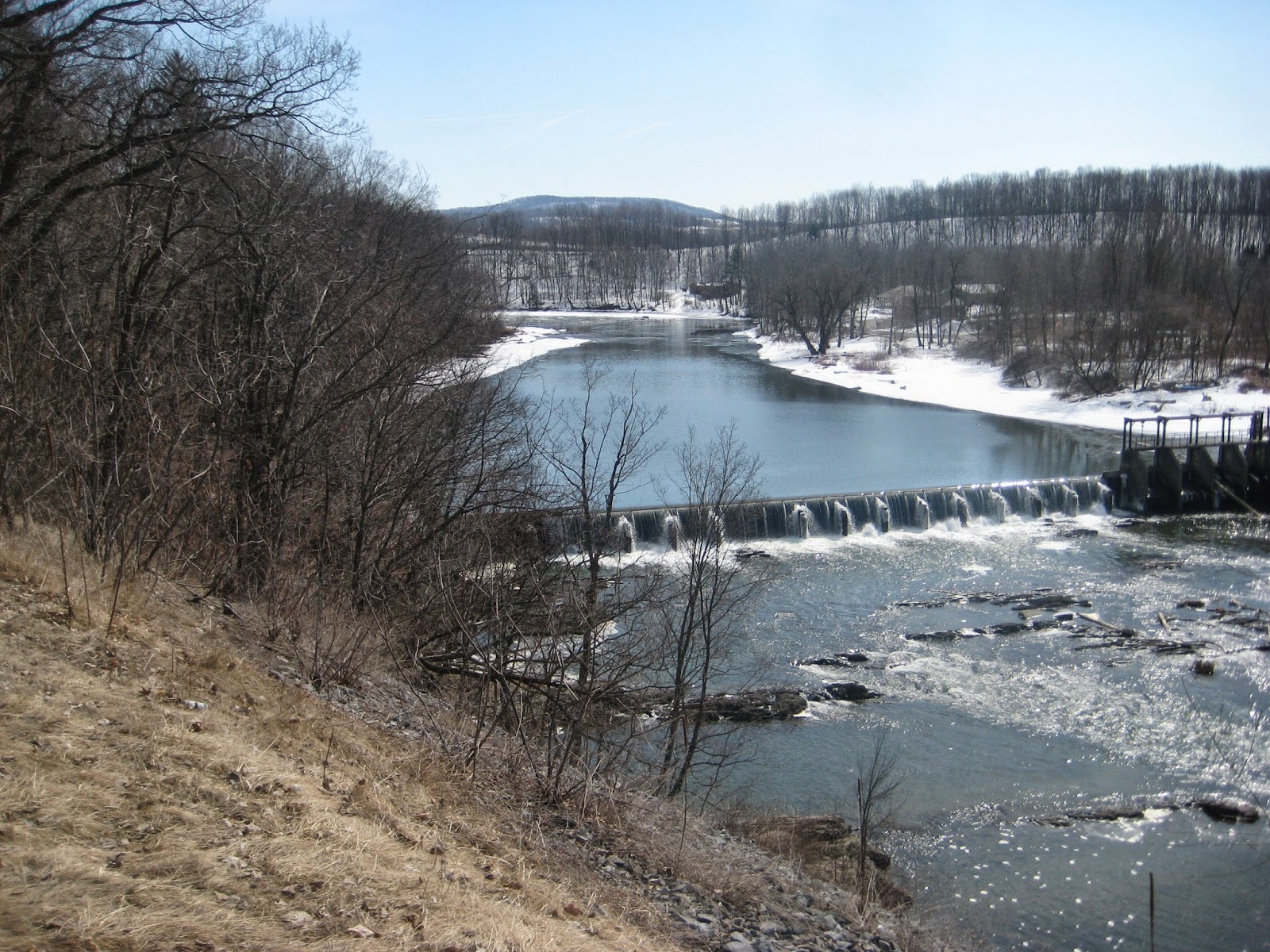 This is looking up-river, and mostly east. I'm never up early enough for that. 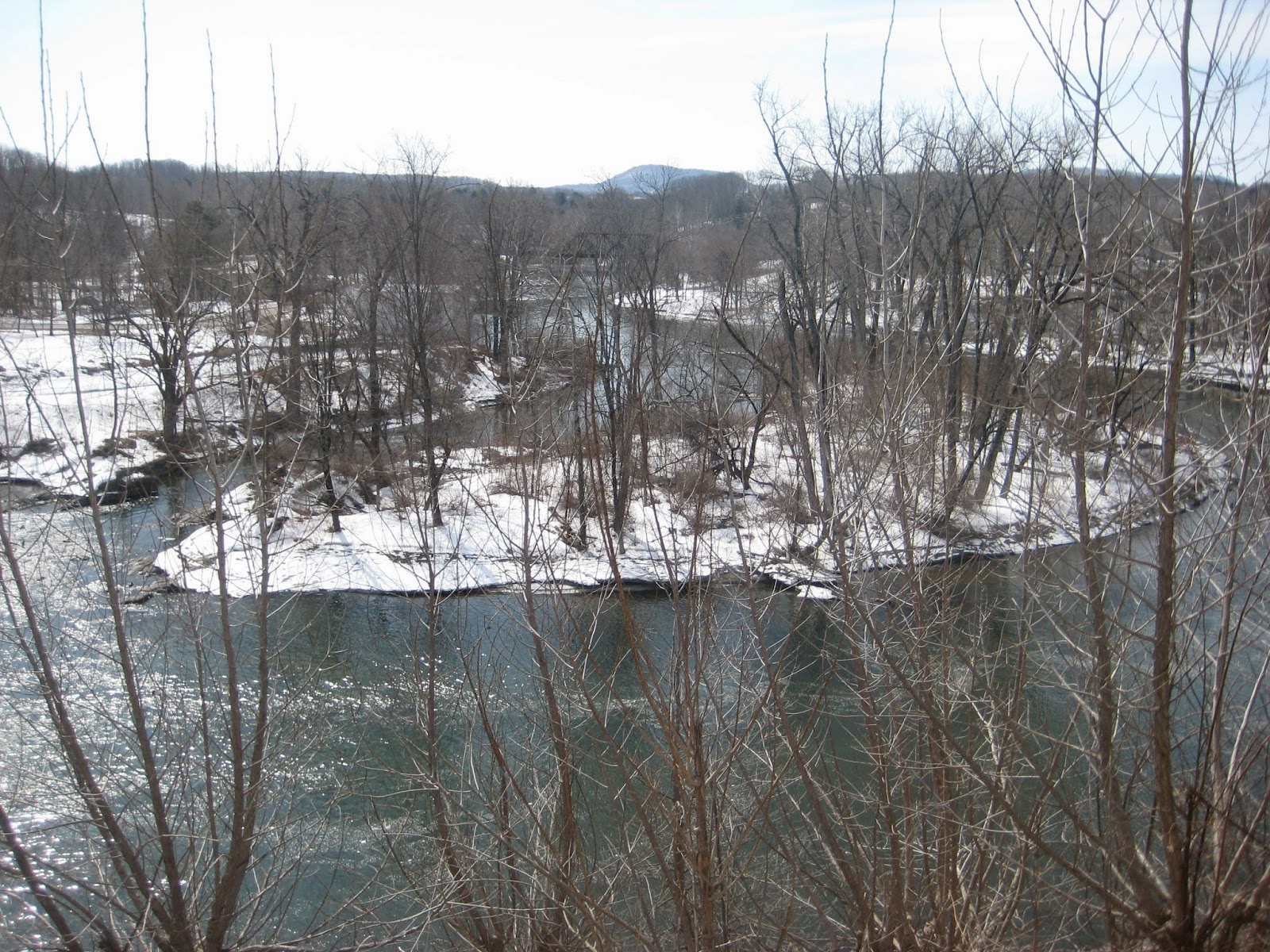 This is the scene I thought I was going to get, it has a trestle RR bridge in it, but too many trees, even I couldn't thin them out today. (maybe I'll come back with a chain saw!) 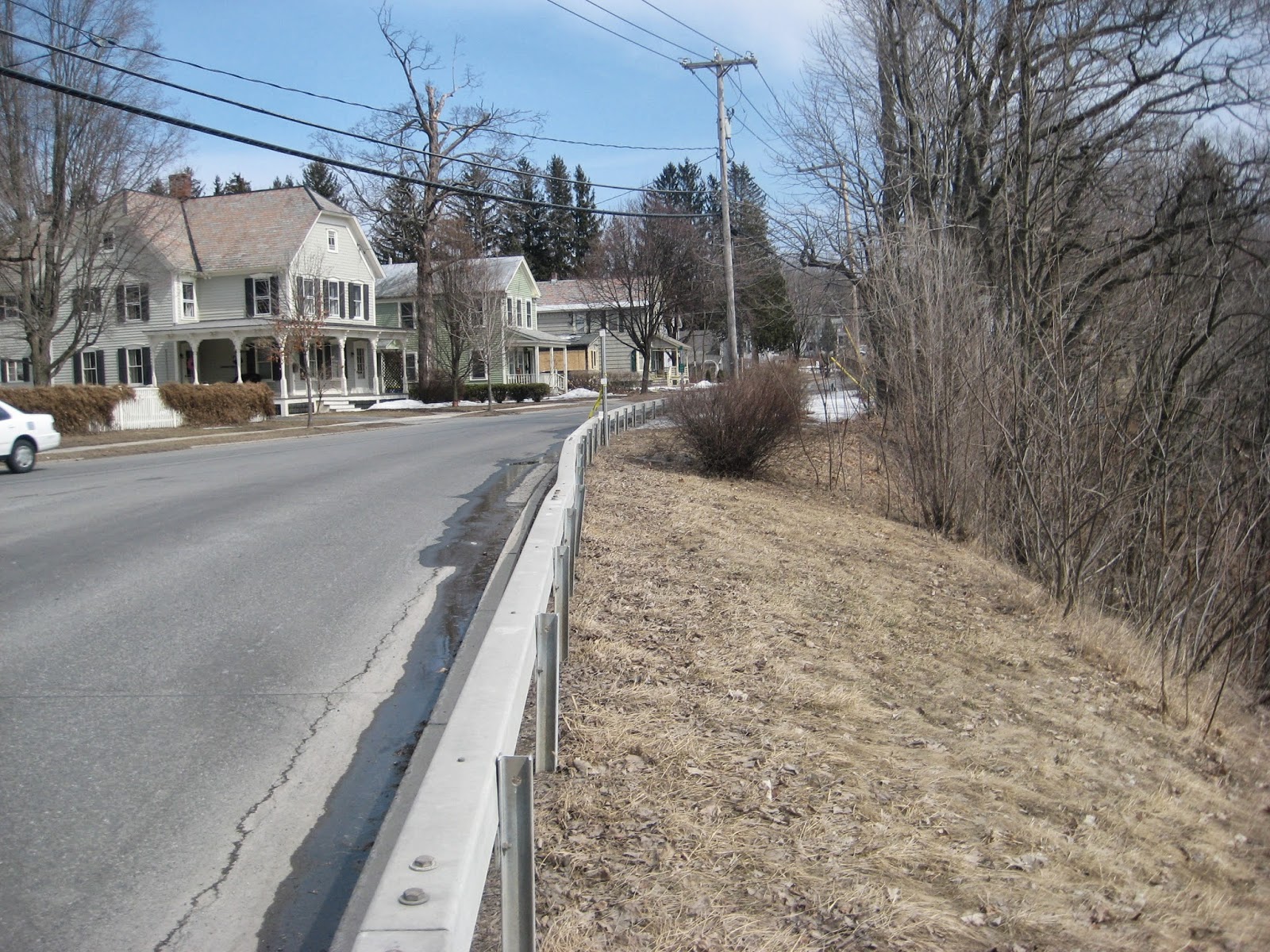 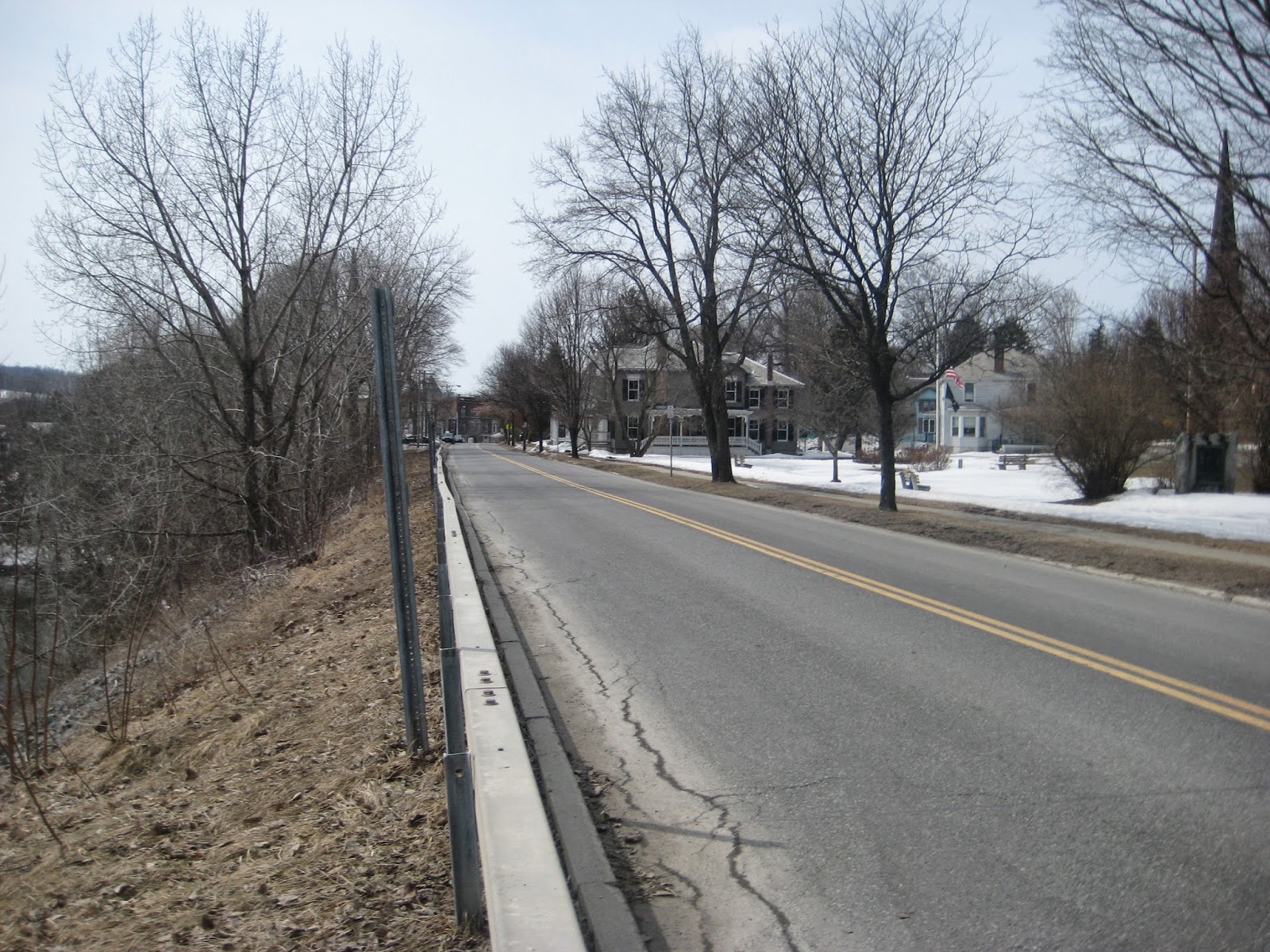 Looking south on Rt. 29, were in the village limits, there isn't that much traffic and it's not going too fast, plus I have the guard rail, so although it's far from a pastoral spot, I'll do what I need to do to get to my scene.  generally places like this make it hard for visitors, I don't mean to be anti-social, but.....