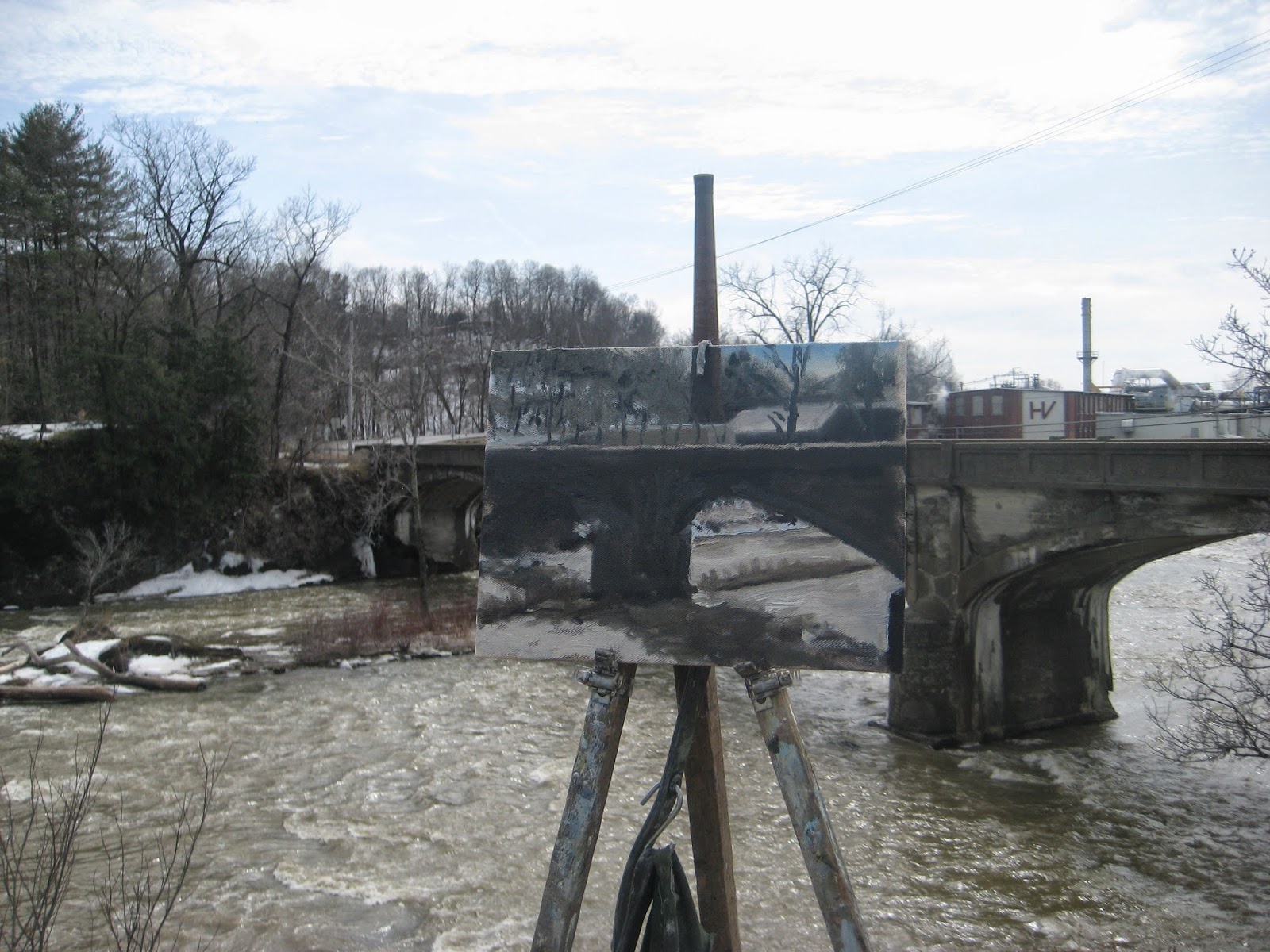 I found this spot over a year ago,(before I started the blog)  It's off the parking lot of the engineering offices of the paper mill at the falls, this is the Battenkill, very close to where it empty's into the Hudson. 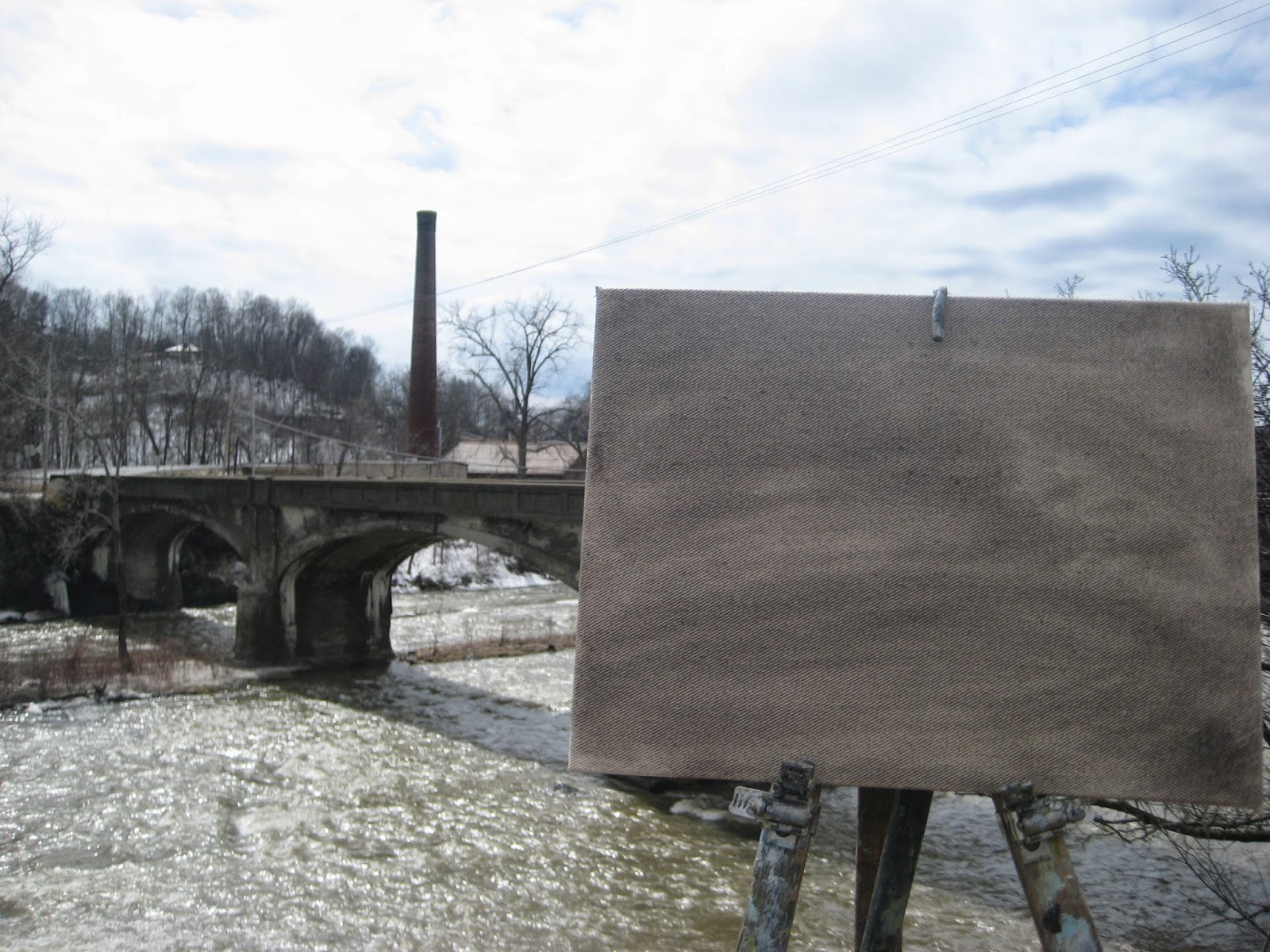 I snapped this the moment the sun came out and made that beautiful shadow on the water, which is high and raging, it's color is very muddy, so when I started to set up the scene was mostly middle tones, but the sun changed that. 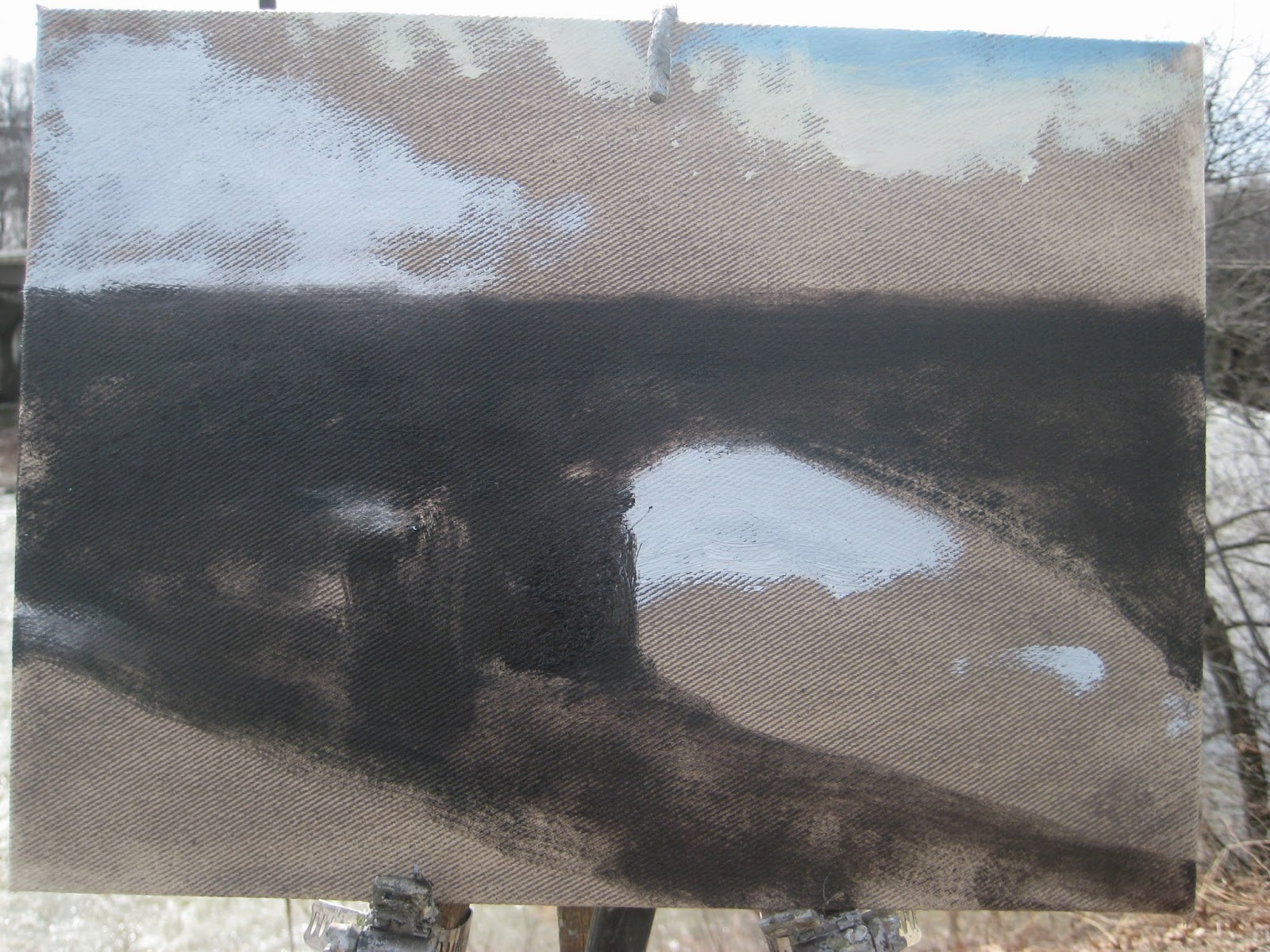 I had done one from the other side of the road, and the concrete bridge ended up looking really weird, I'll include it later.... 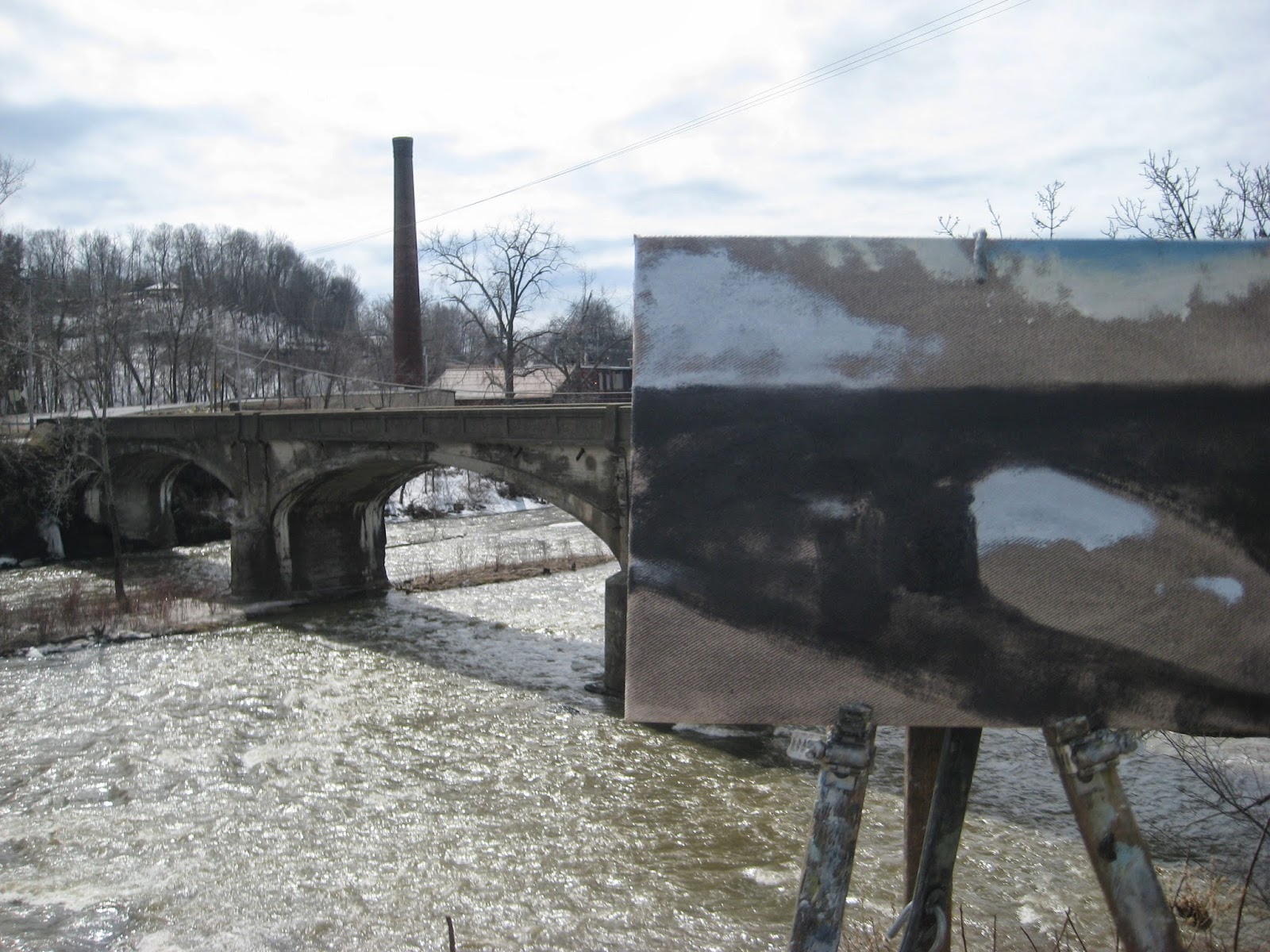 This is essentially what I'm looking at. 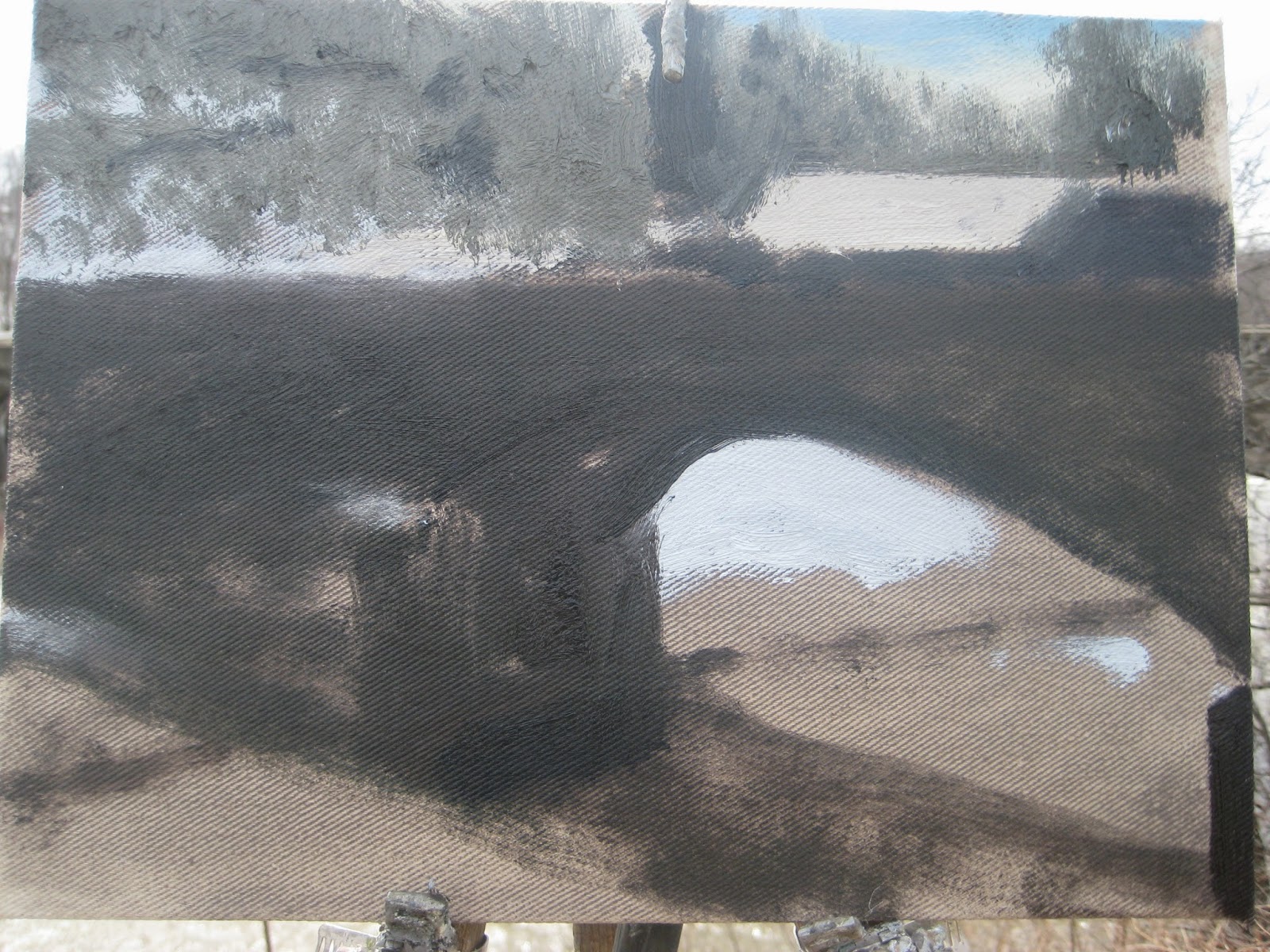 I wanted to keep the bridge dark, because the concrete is stained and looks weird and I wanted to emphasize it's bulk and not it's surface condition, and I wanted it to contrast with the light I had coming from behind and illuminating the far bank and water. 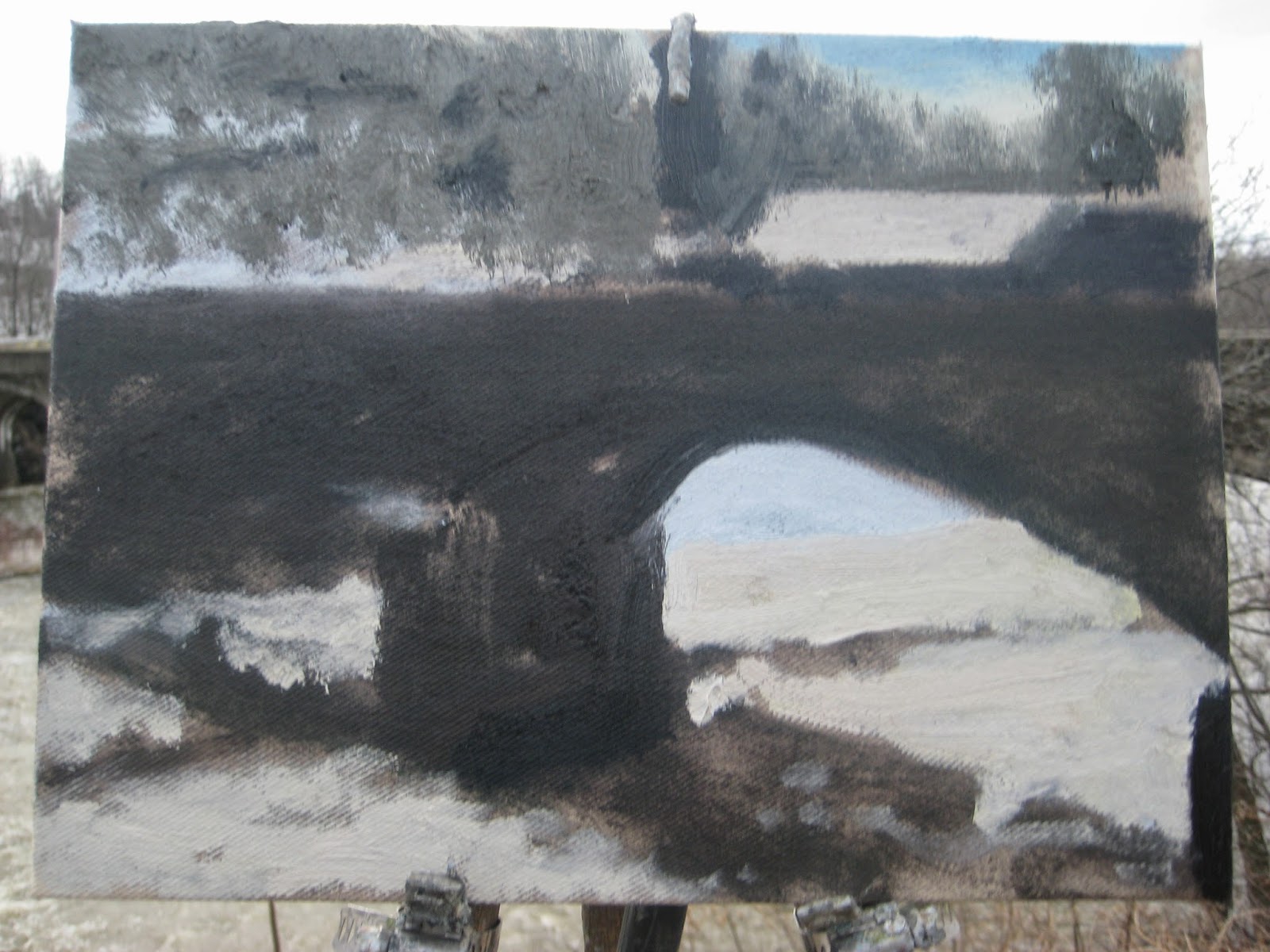 The water was a totally weird color, the reflection of the light makes any "local" color a ghost of itself, I mean the water is a brownish green but the reflection is mostly the light of the sky, but it's got a bit of that water color too. 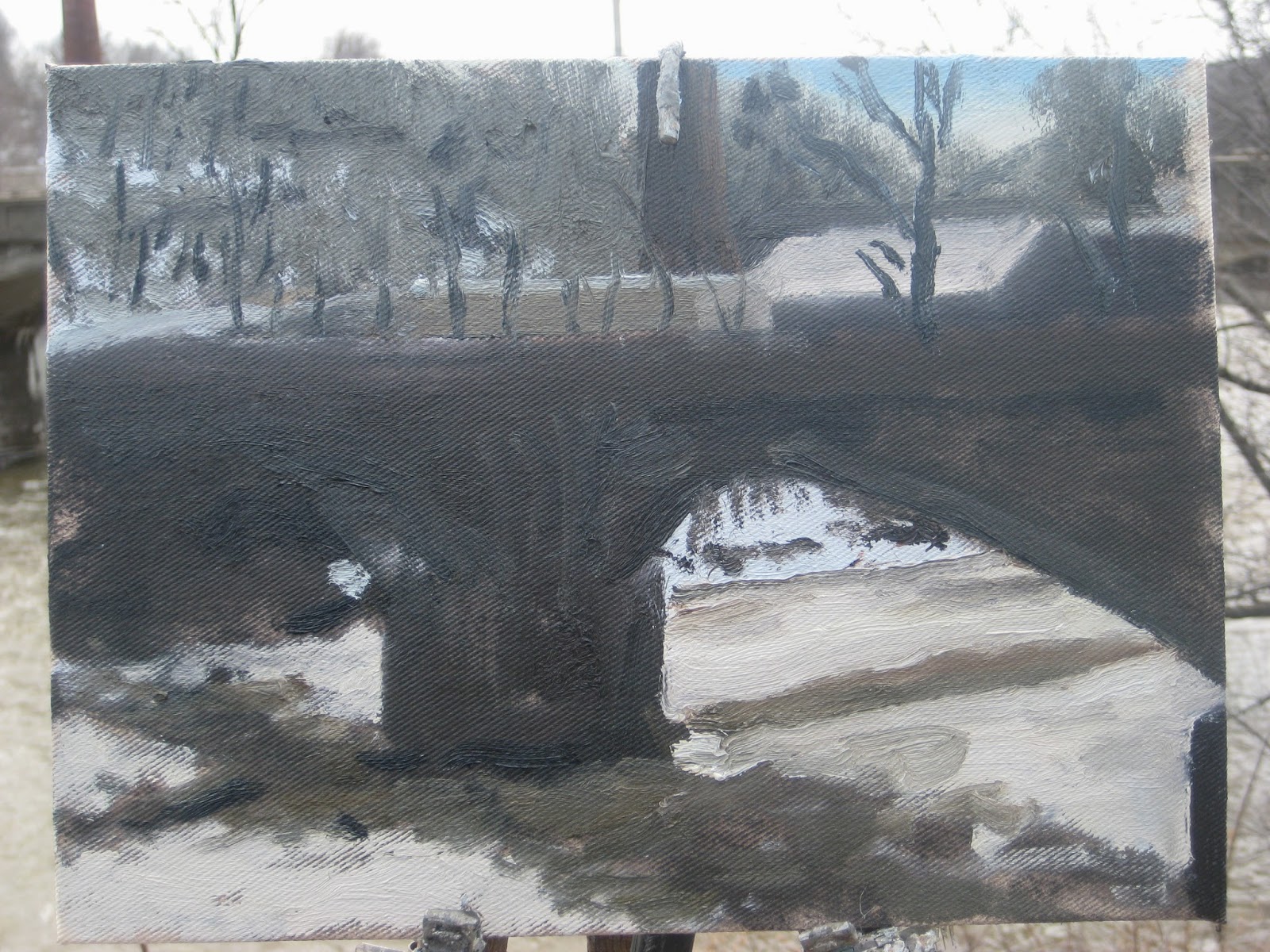 By the time I put the trees in I'm very close. I'm deciding what details I need and what details I can live without. The thing about the trees, is they give you an opportunity to "break up" some of the other forms that will look more interesting broken, like that roof, and the building just above the bridge. 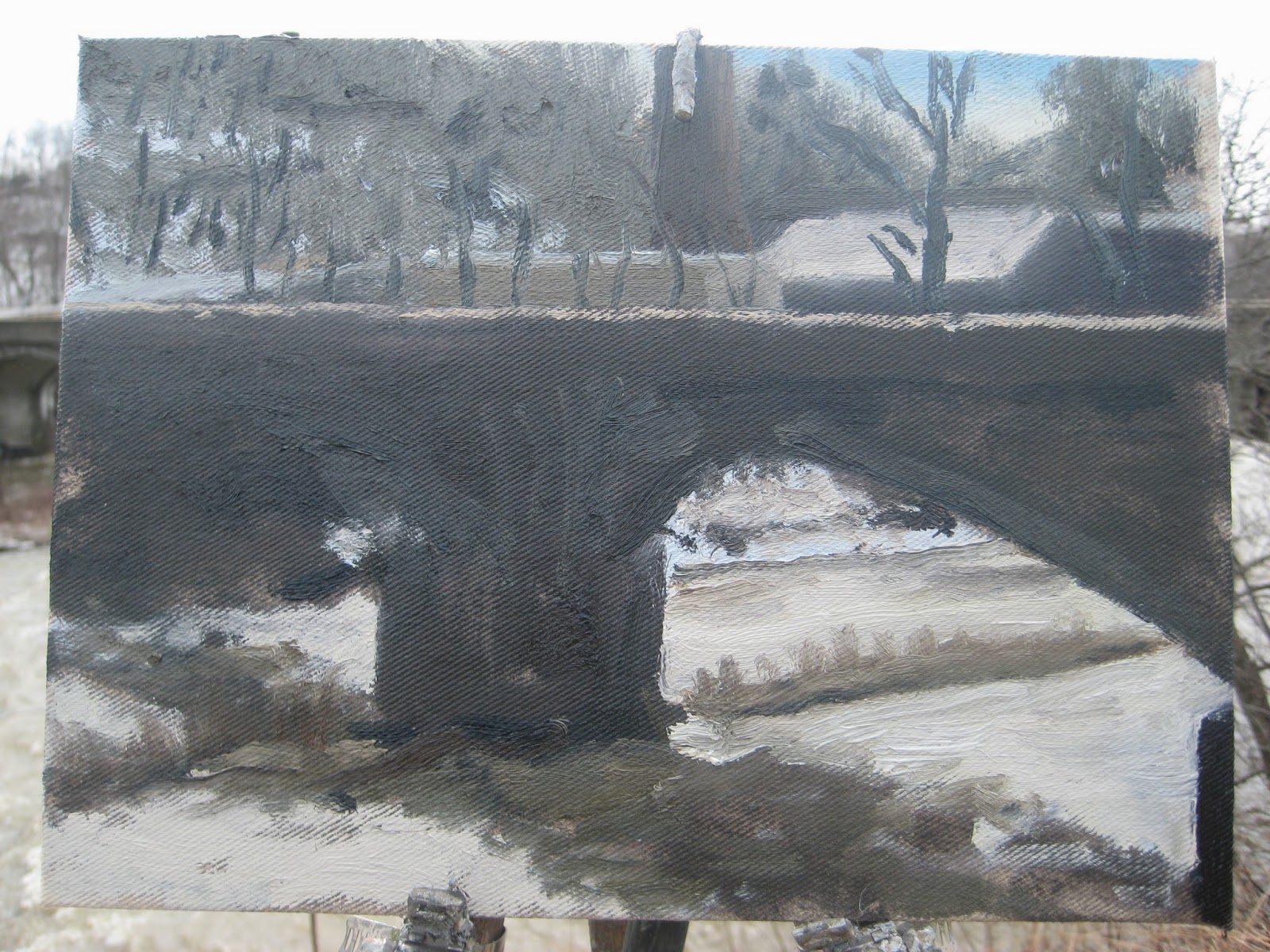 I put one line for the light on the top rail of the bridge, and a few bushes on the island before and after the center abutment. 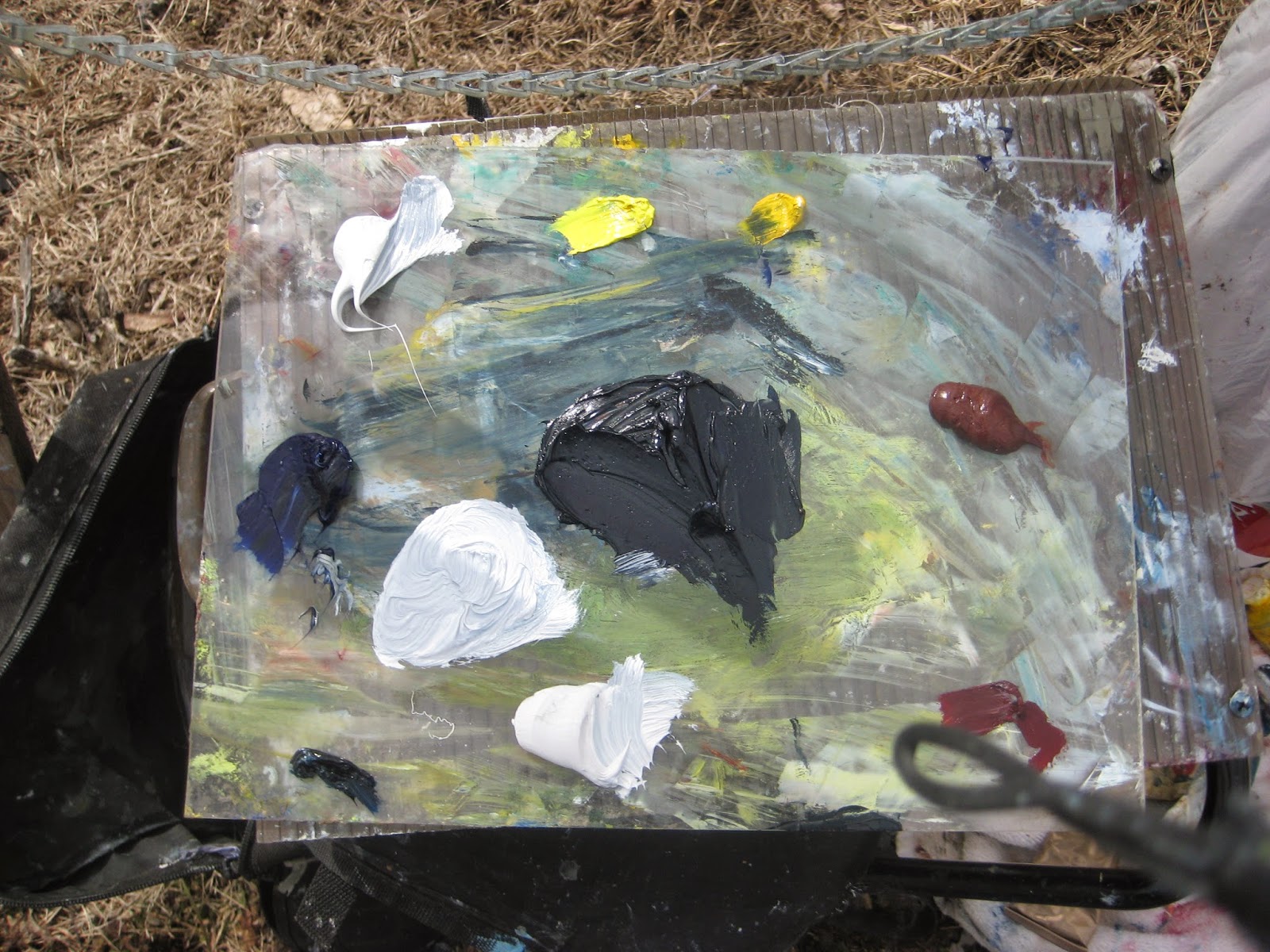 My Pallet at the start. 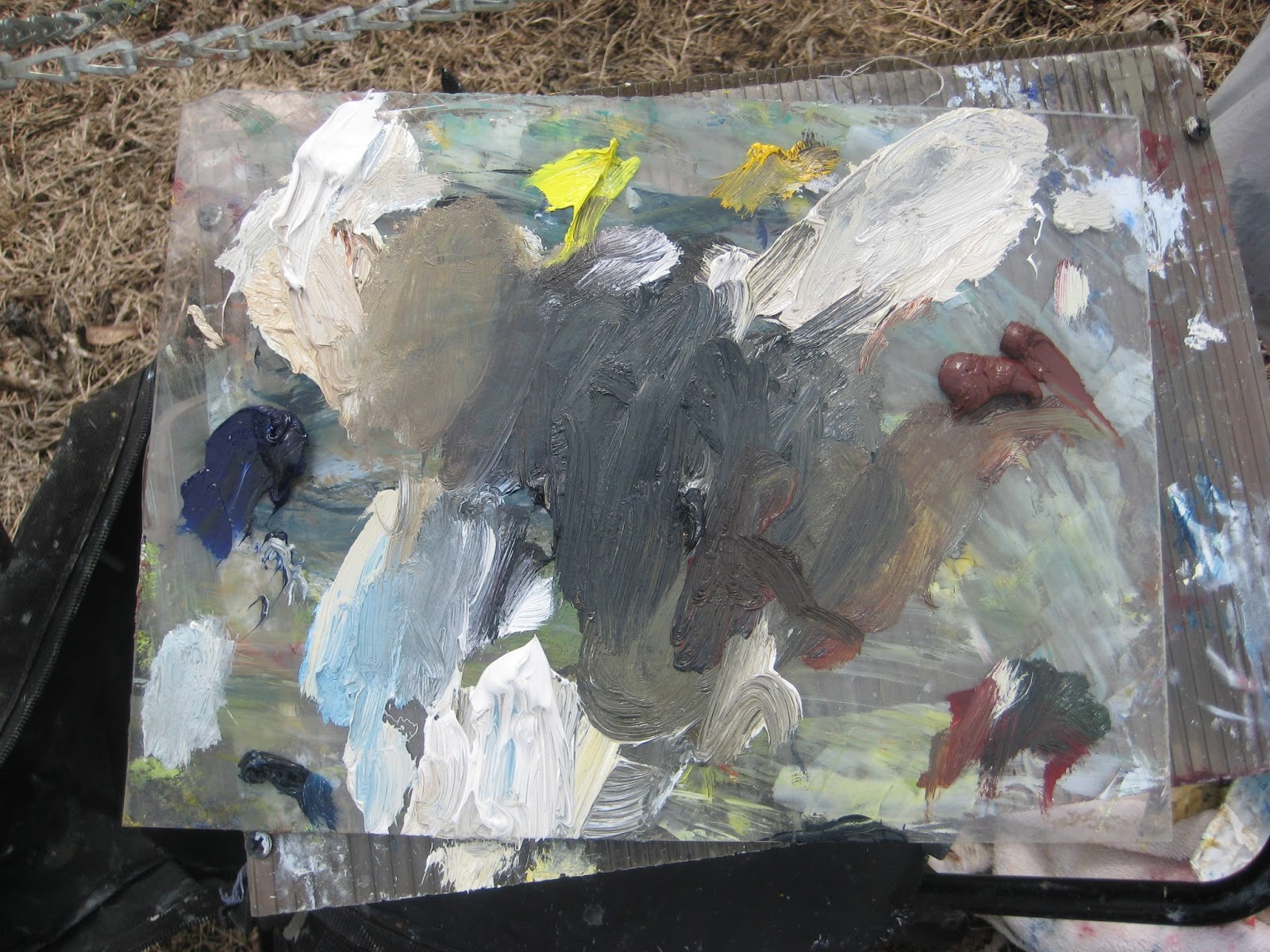 My Pallet at the end. 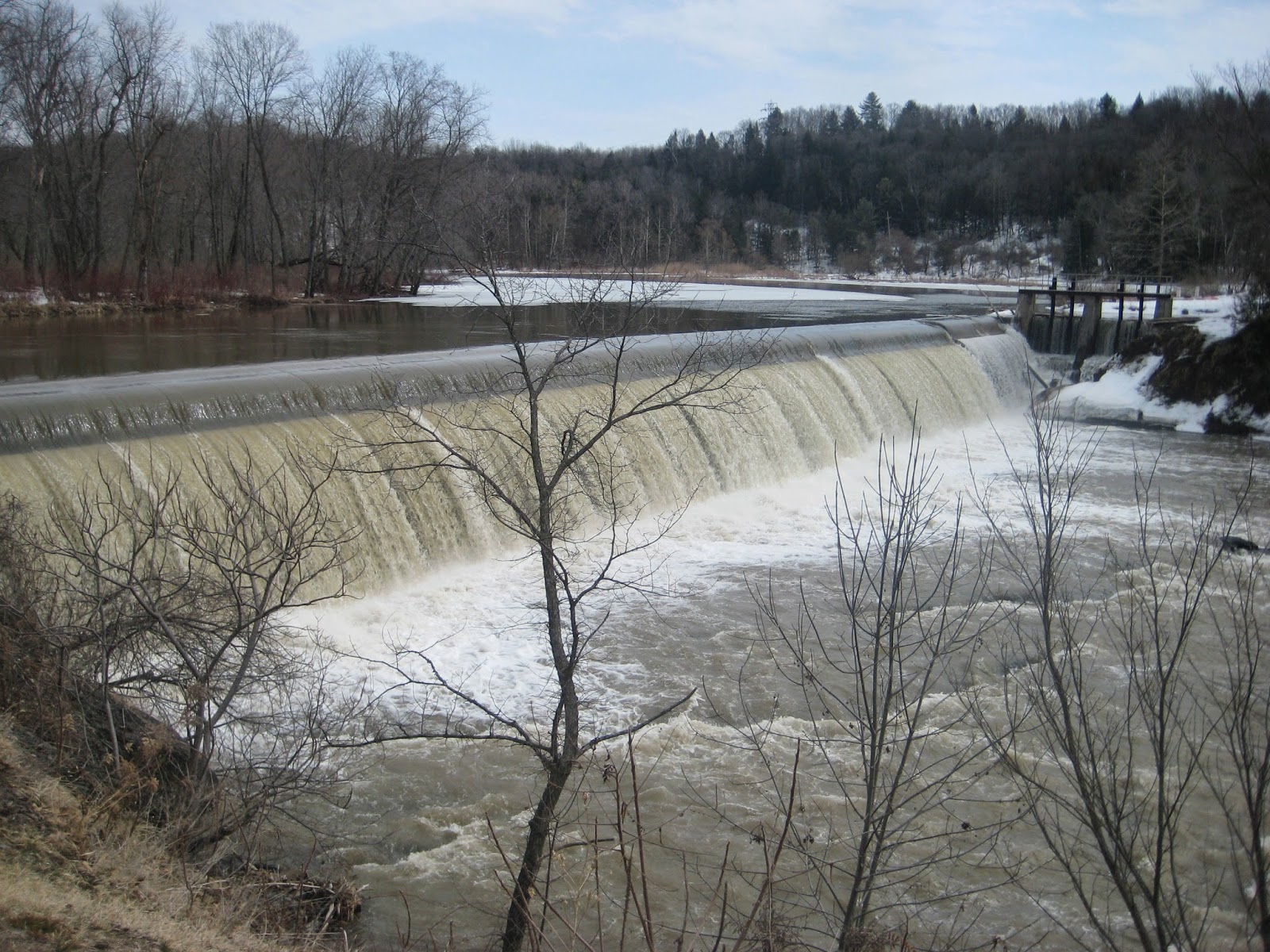 Looking just up river, the roar of the falls attracted me to the spot as well. I could have just as easily painted this scene. 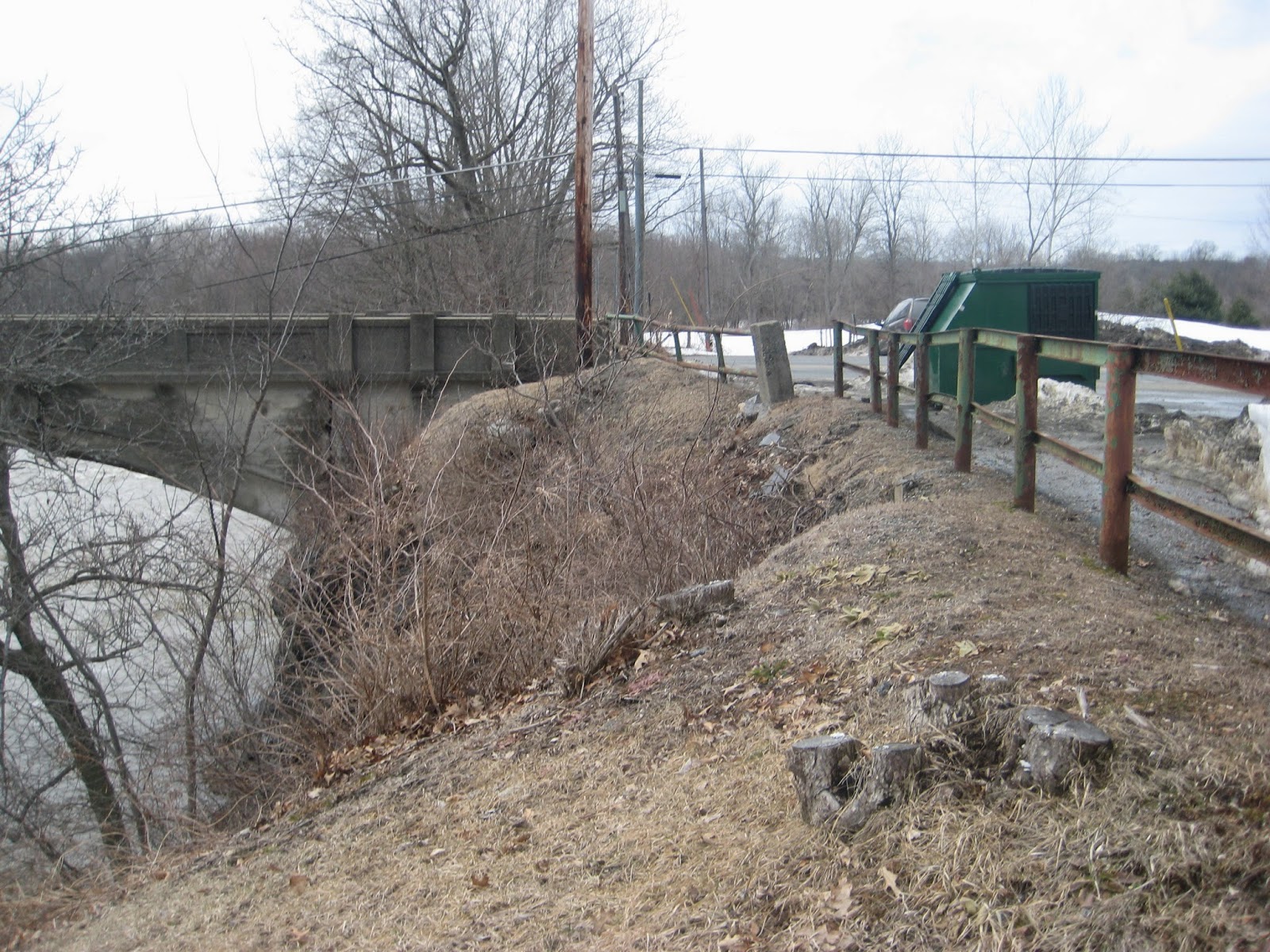 A security  guard came by, I asked him if it was OK to be there, he said I was supposed to be on the other side of the fence, but he liked what I was doing, and I thanked him. 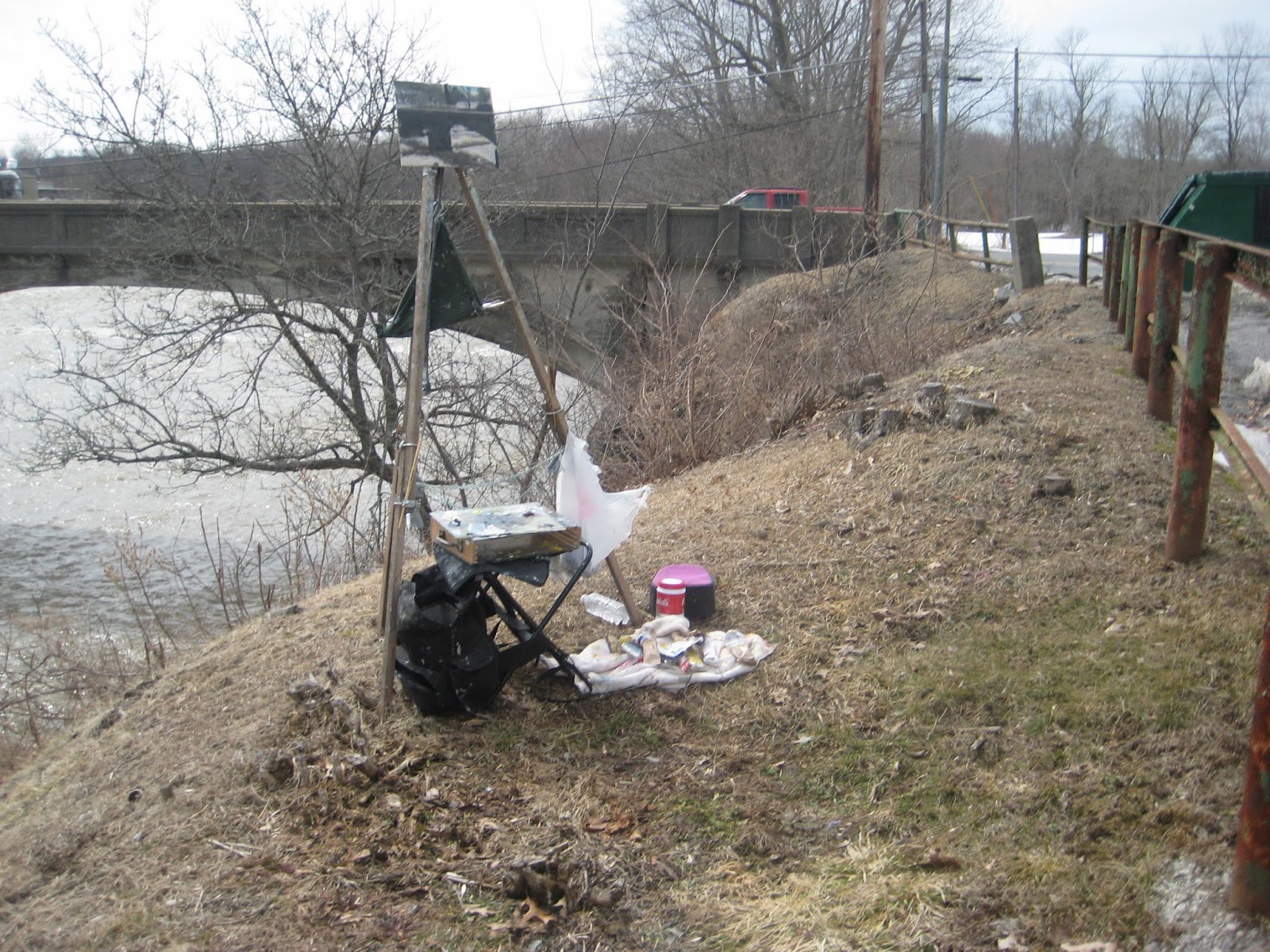