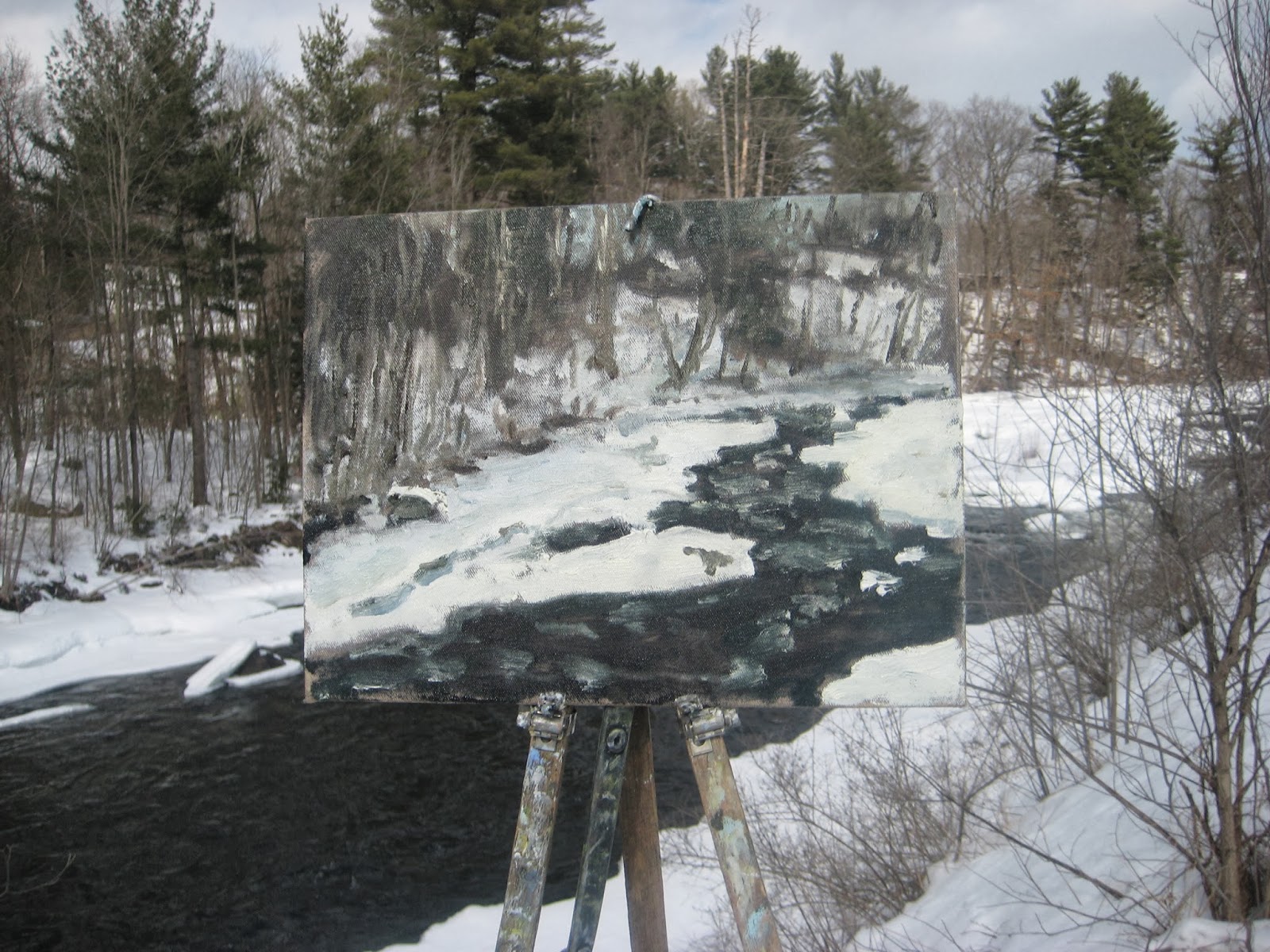 Here is today's money shot, I'm on the
Schroon River, River St. in the village of Warrensburg, NY, and well within the "blue line" that delineates the Adirondack park. 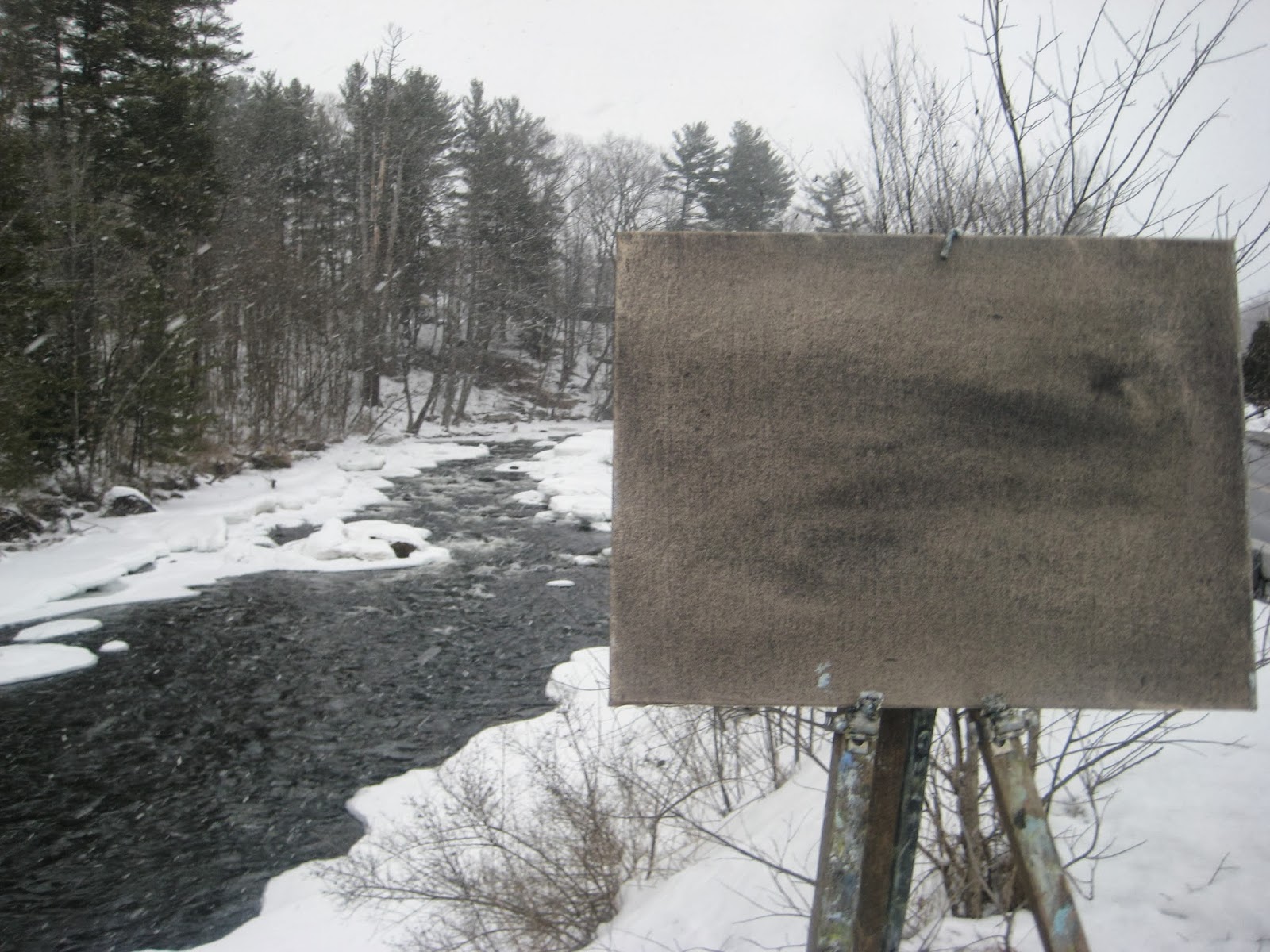 It wasn't actually snowing when I started, the sun had peaked out for a minute and I thought maybe.... 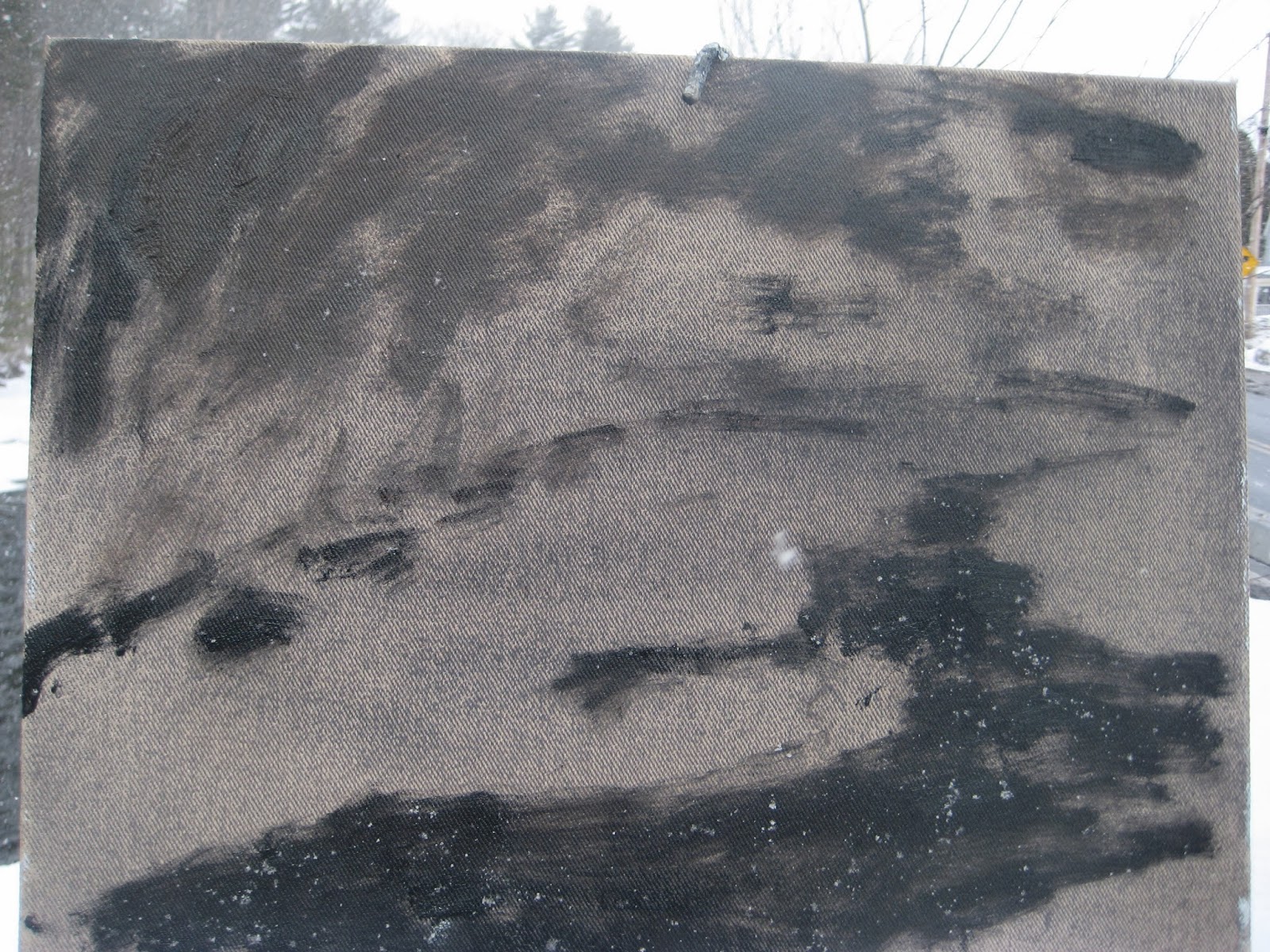 I was looking at the two tresle bridges that span the river, above and below this spot, but they weren't contrasting well with what was behind them, so I decided to get a scene with the rushing water, other places were iced over and you had white and not the black of the water, I also had the thick iceburgs...


Notice the snowflakes on the paint. 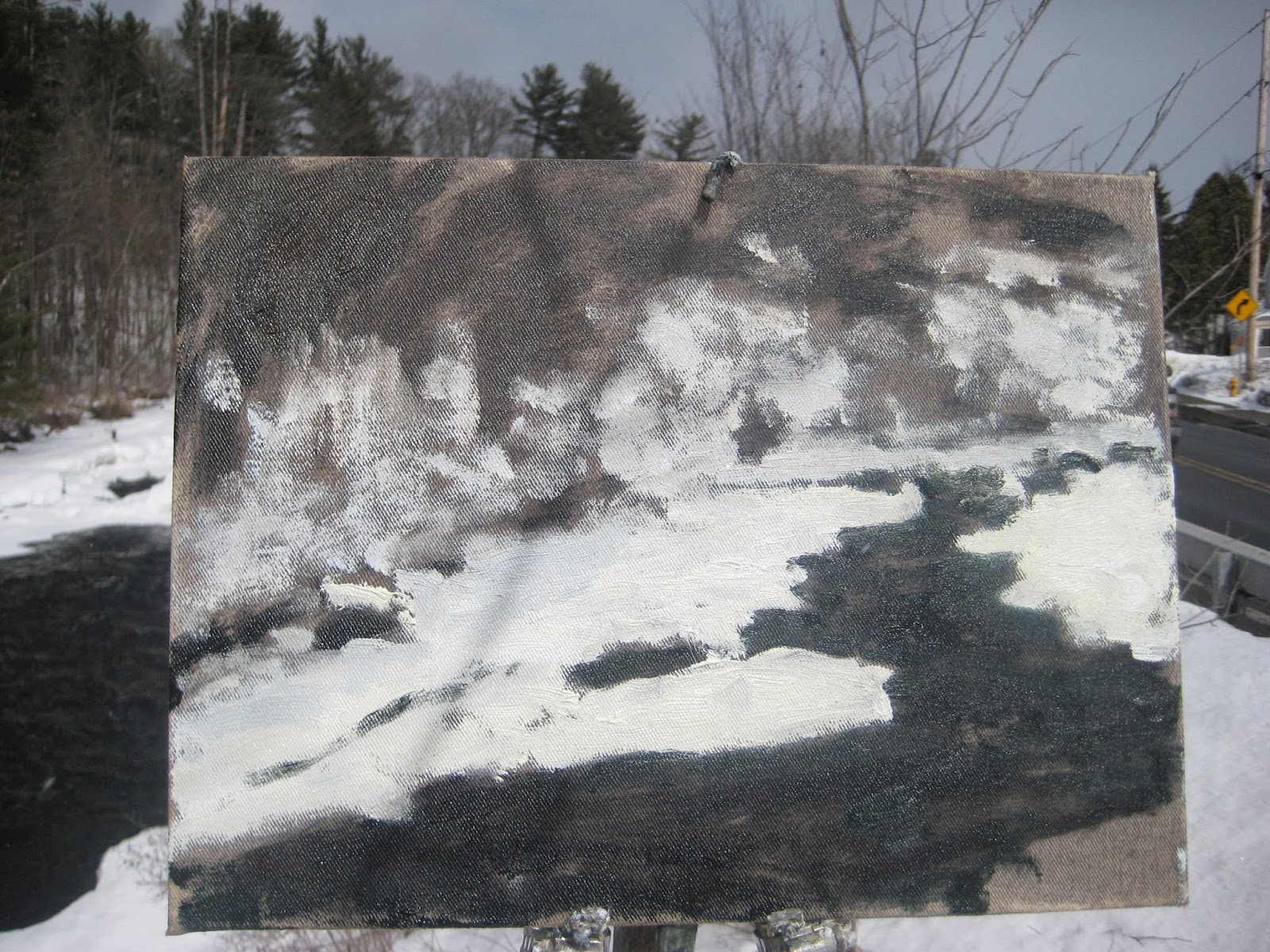 By now the sun came out, which is good, but it's on my canvas, and the paint is reflecting it, but it was OK, my scene of course had changed a lot. 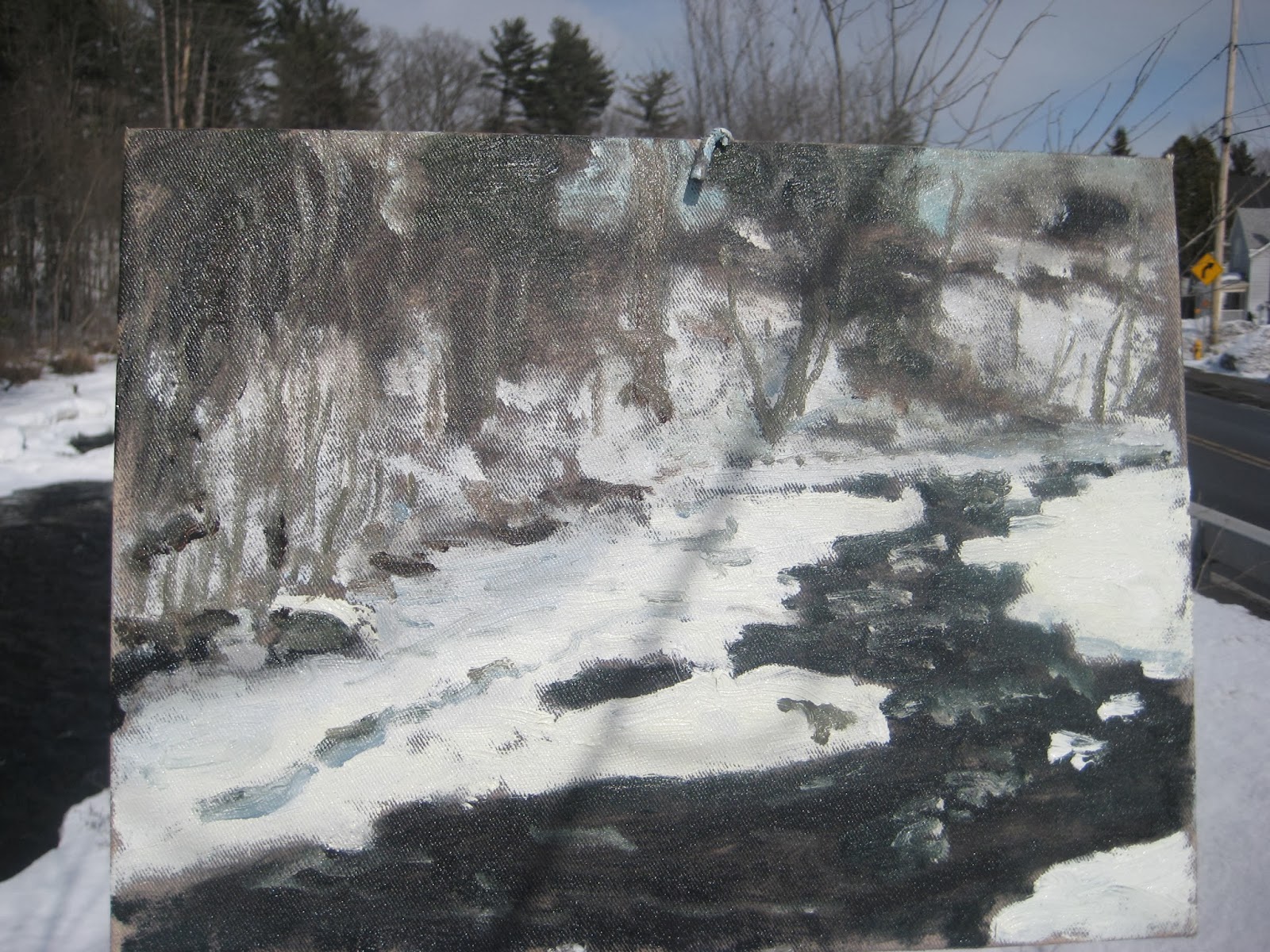 The bright light felt cool in tone, (at first) but I felt compelled to key it up (with a touch of cadmium lemon) I had mixed in too much and had to go back on it, but it still felt too warm, maybe it brought out the sun to match my paint. 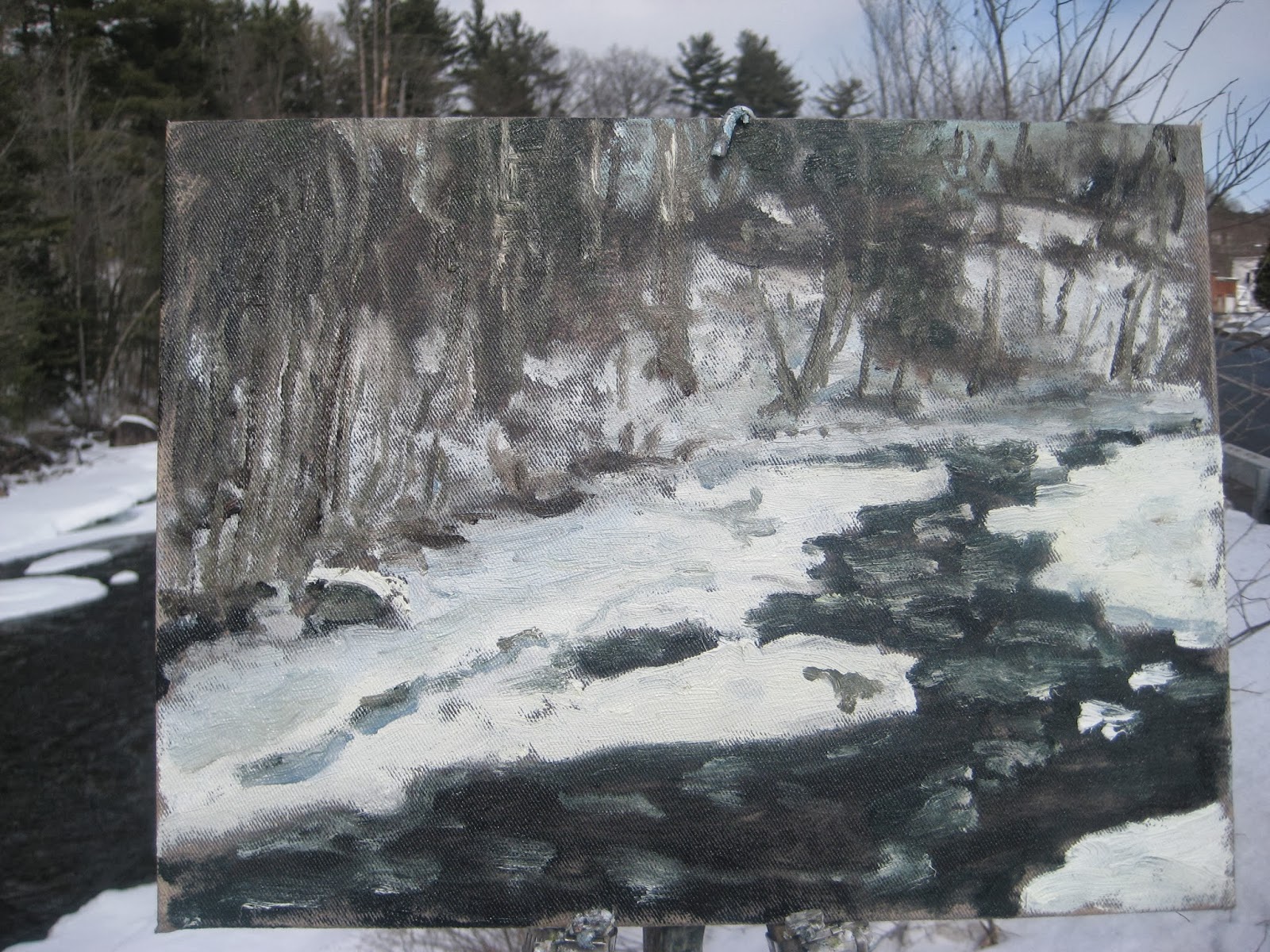 I'm feeling like the river is leading your eye out of the picture, there were some nice things about the scene, but, I think what I saw at first wasn't what I got, (is it ever?) 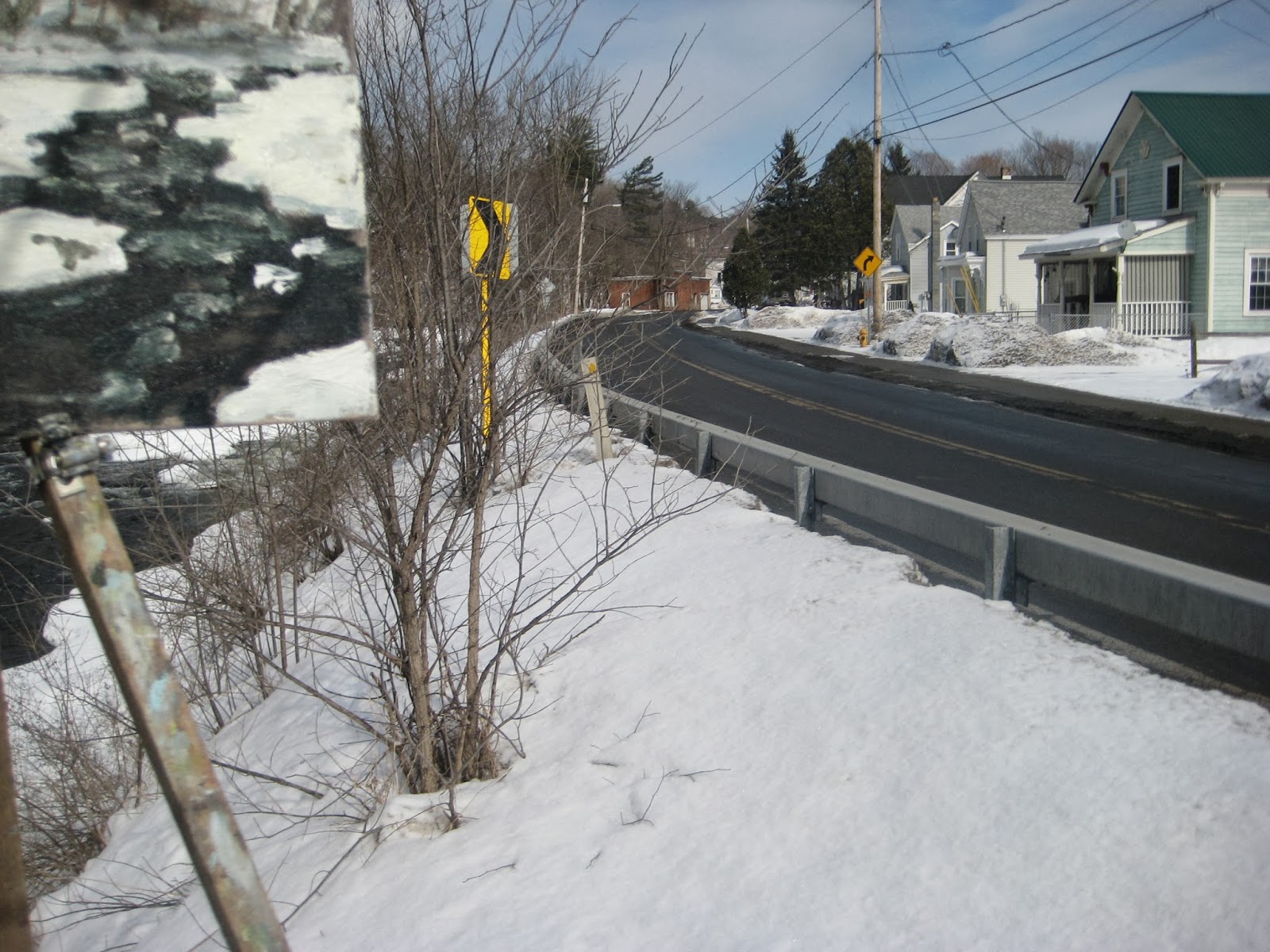 Kinda weird to do such a pure scene behind a guard rail, maybe that's what was a bit off for me today, it's also been almost a week since my last painting, so I felt rusty! 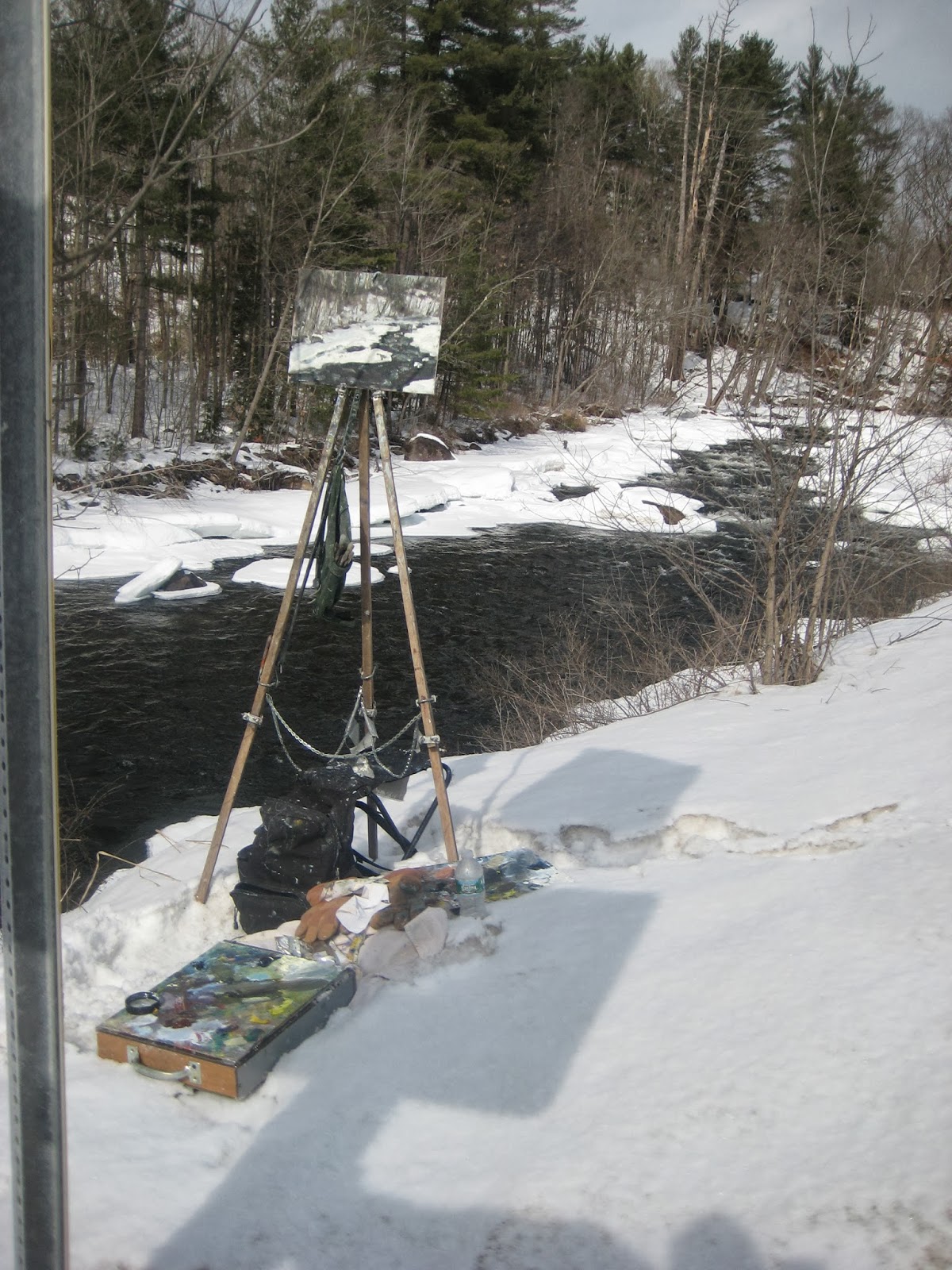 It really was a great spot even with the road, I've said I didn't like to work along side roads, but when there's a guard rail, at least I'm not scared of getting hit, it was also pretty quiet, I had one visitor, an older gentleman who lived across the street, so not much public interaction, and you know what i think of that! 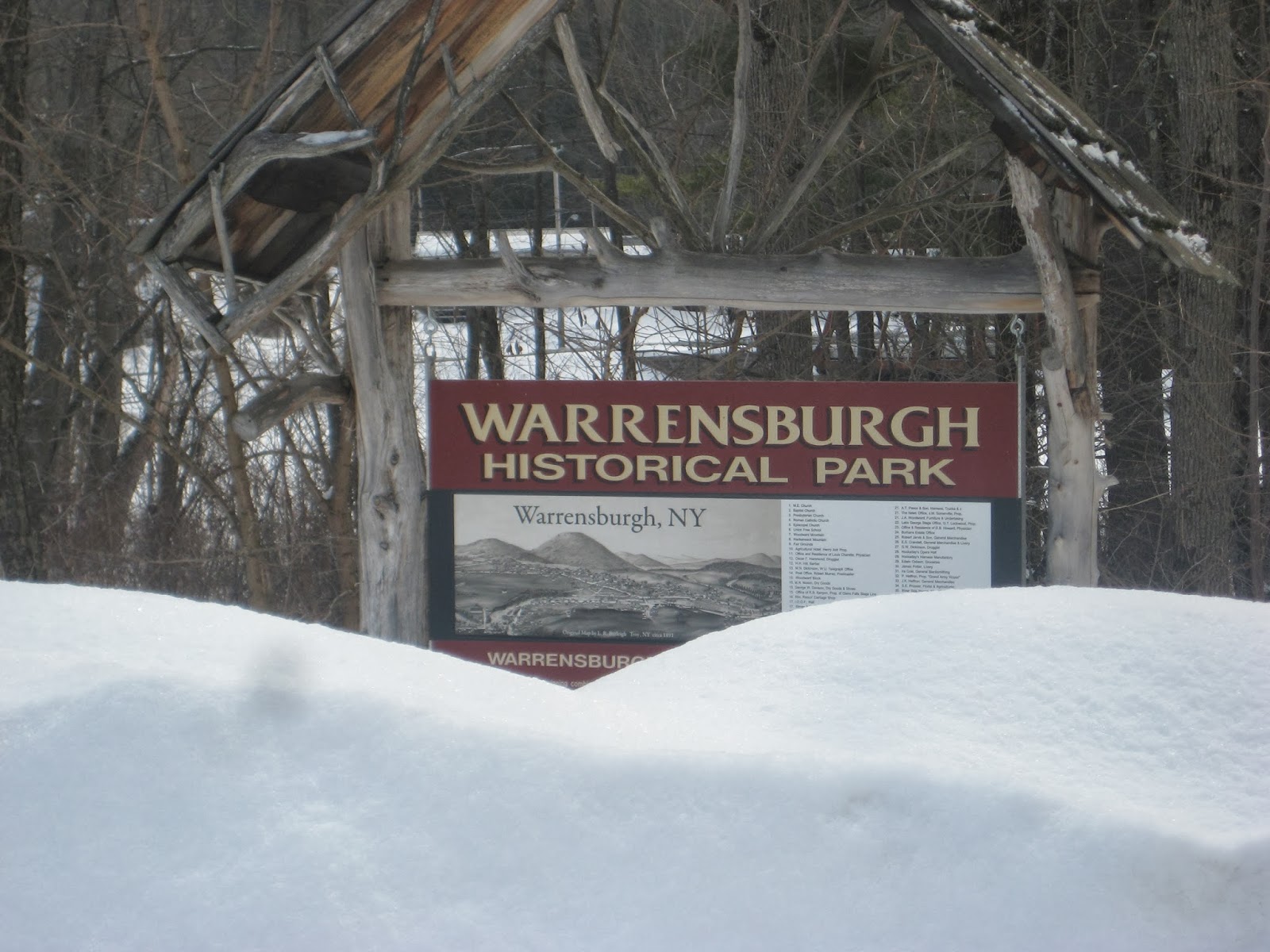 I found this place to park, and plenty of riverfront to tramps around on to find the spot.