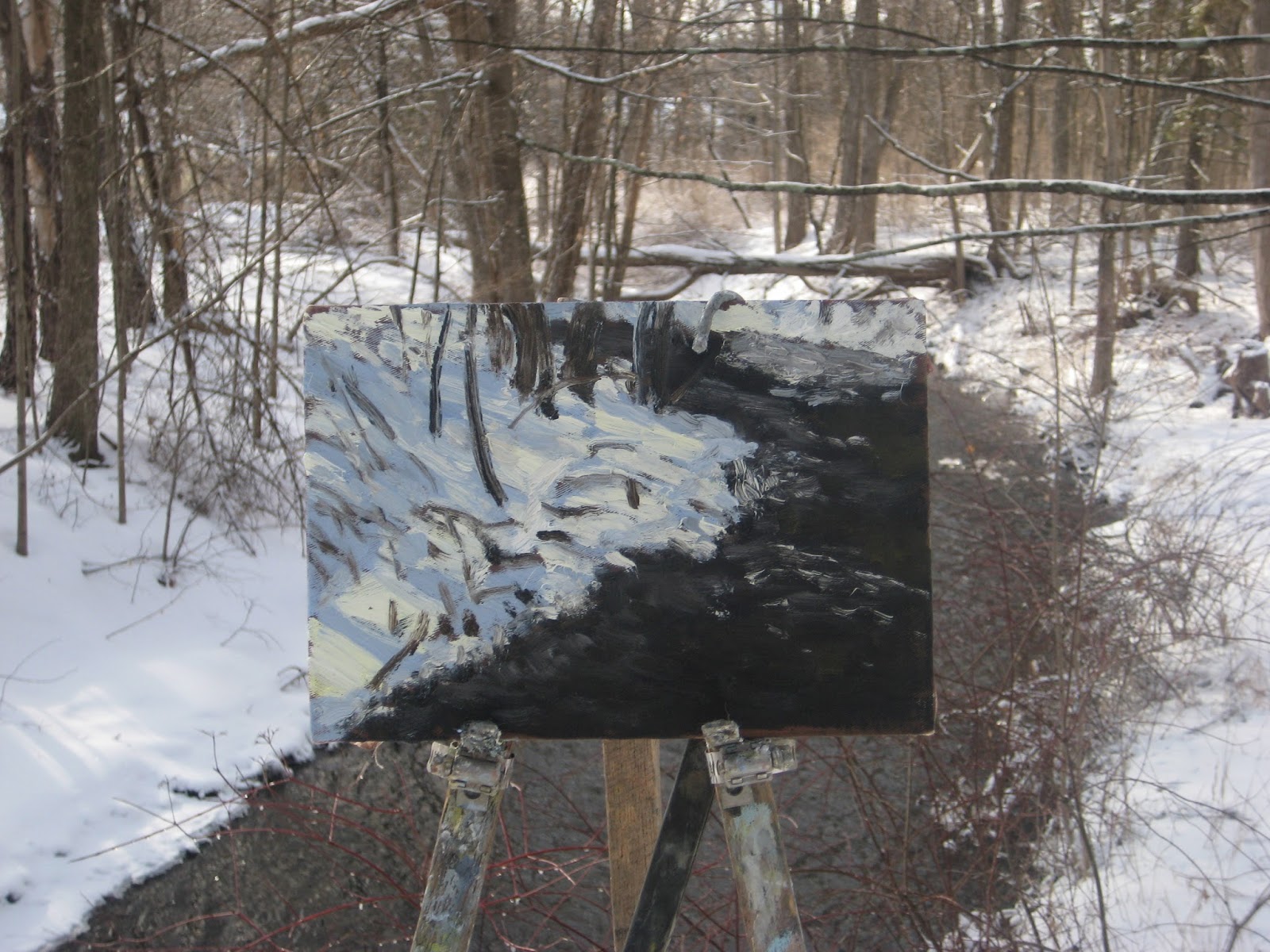 I had called the day due to snow, but it stopped and the sun came out, so I pushed through my lethargy and went out back. 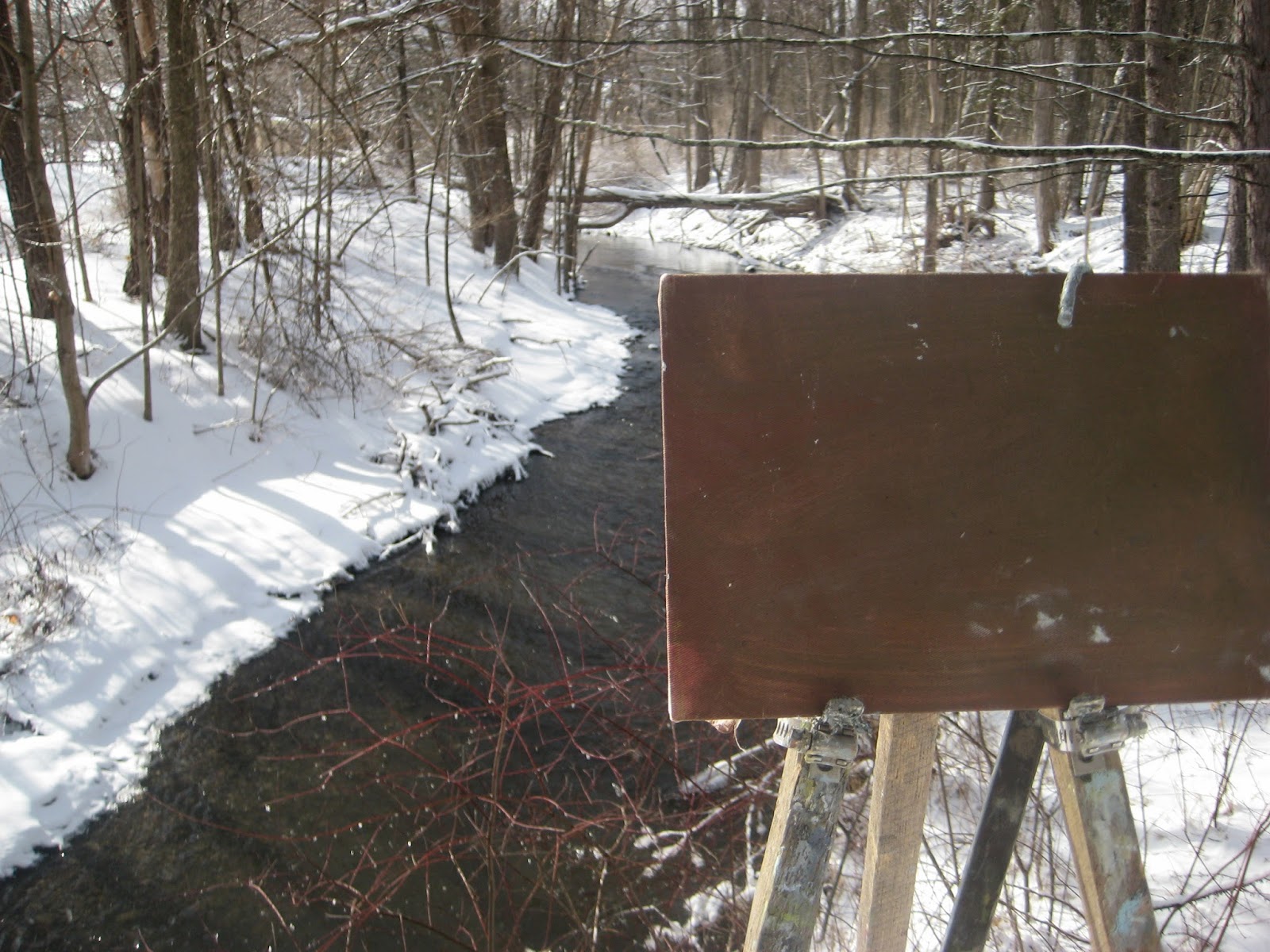 I'm on the bridge, done a few out back by this creek, what's not to love. 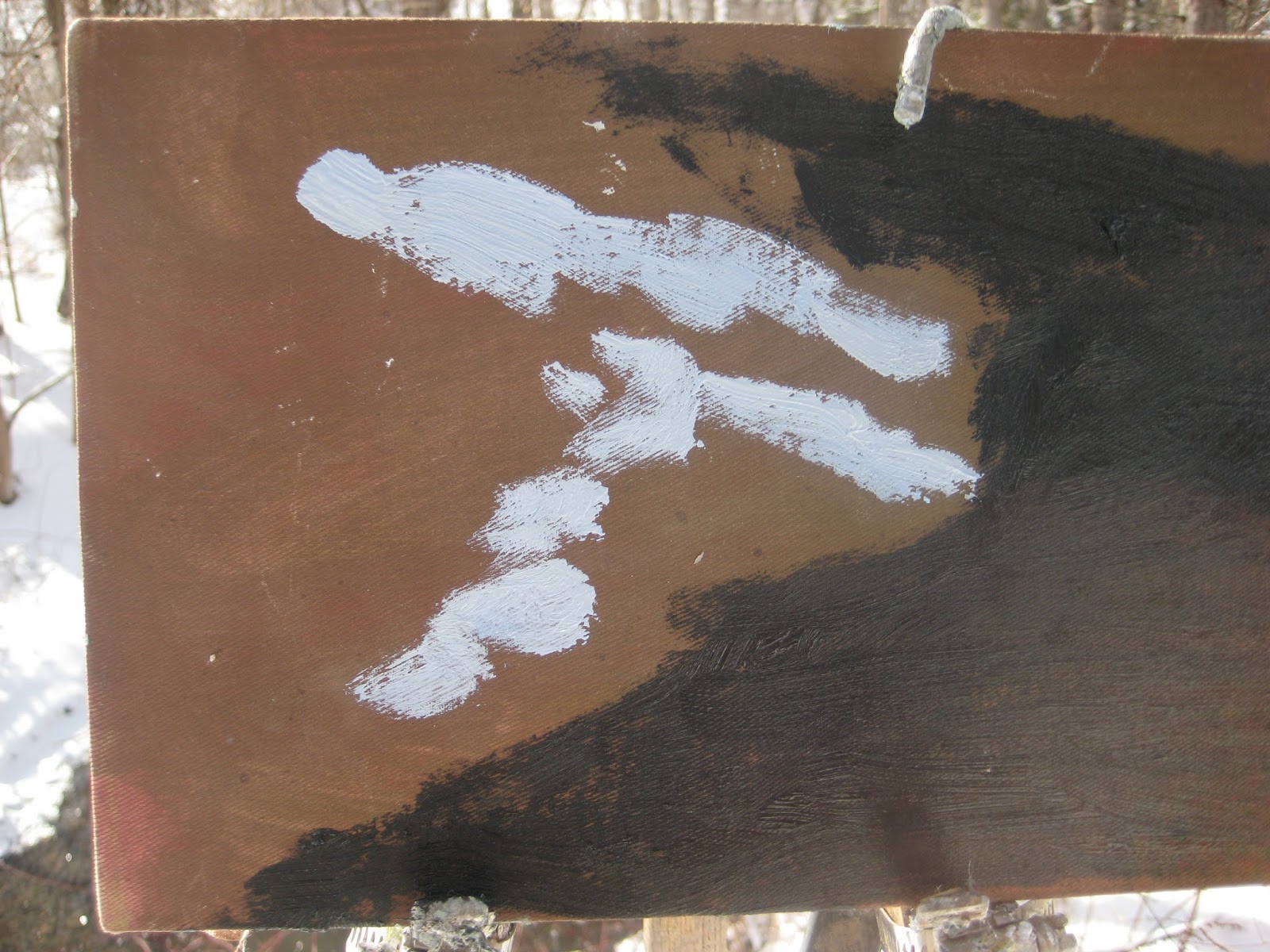 I had this 7 x 10 panel from over a year ago, I didn't like the dark brown but it worked out OK.  it's also an odd size, even though I like that too. 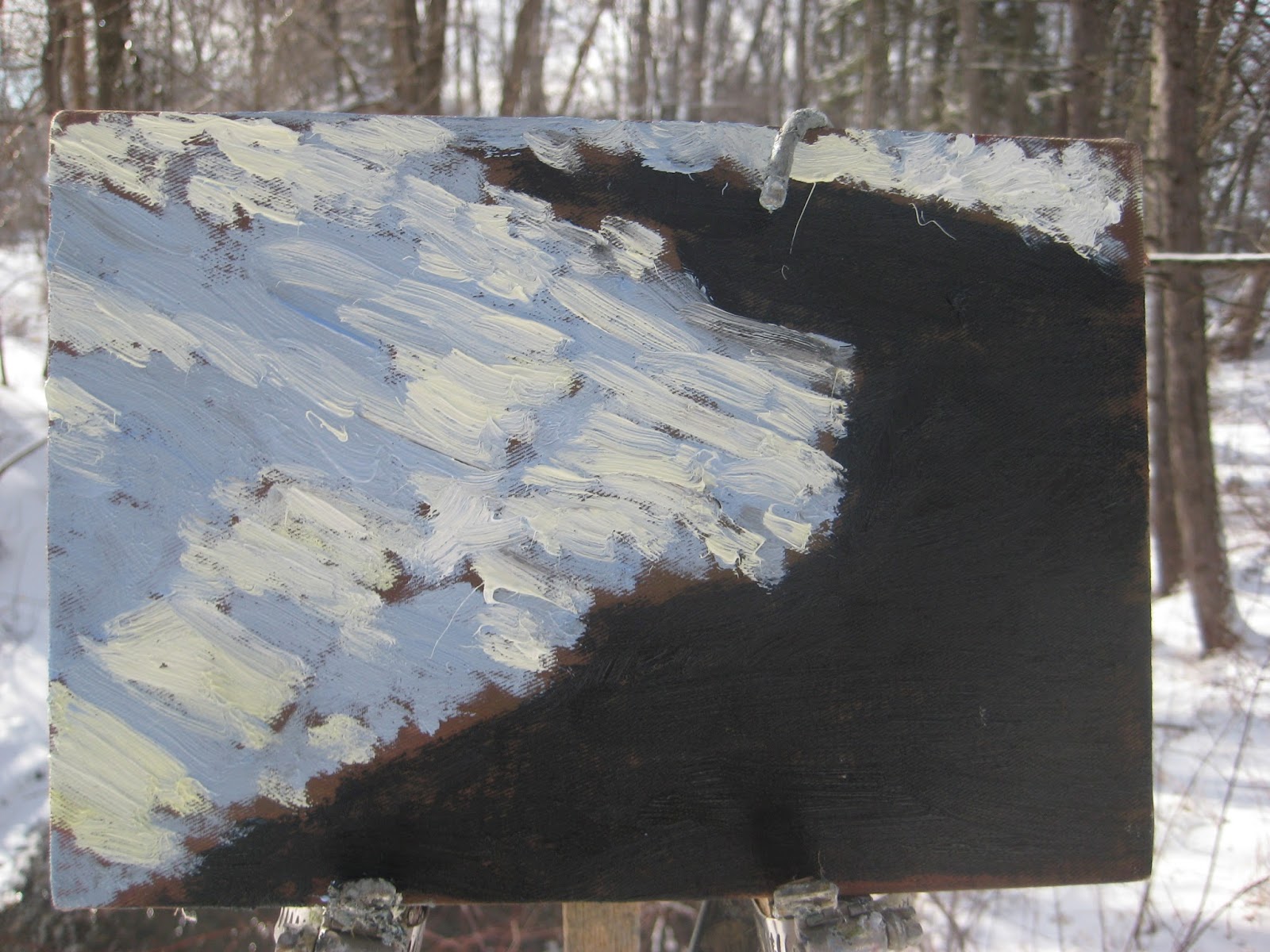 I liked this composition, it's simple. 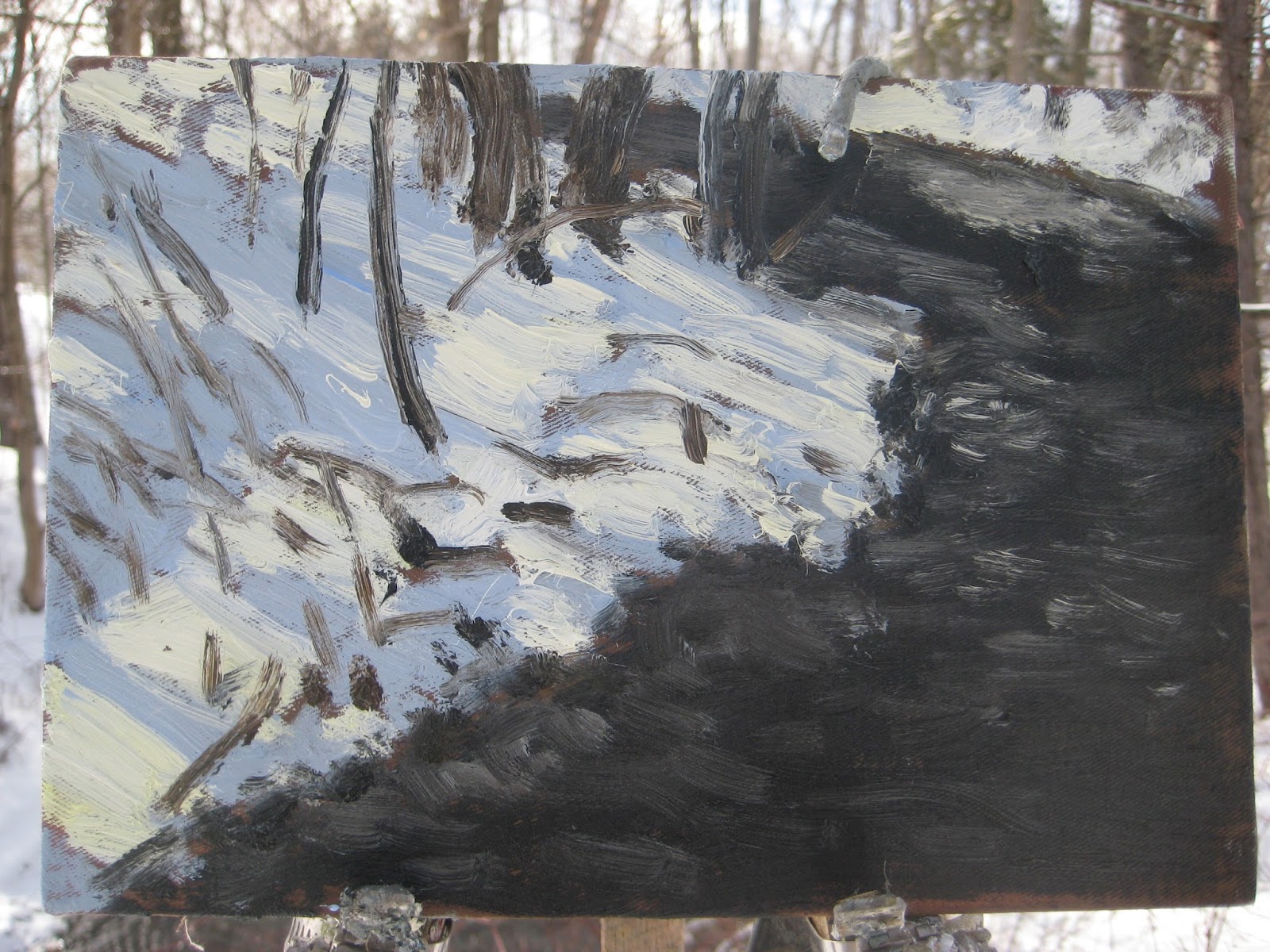 It's often hard to keep track of the pattern of shadow/light in the snow, I was surprised how off I was and equally surprised at how little difference it made. 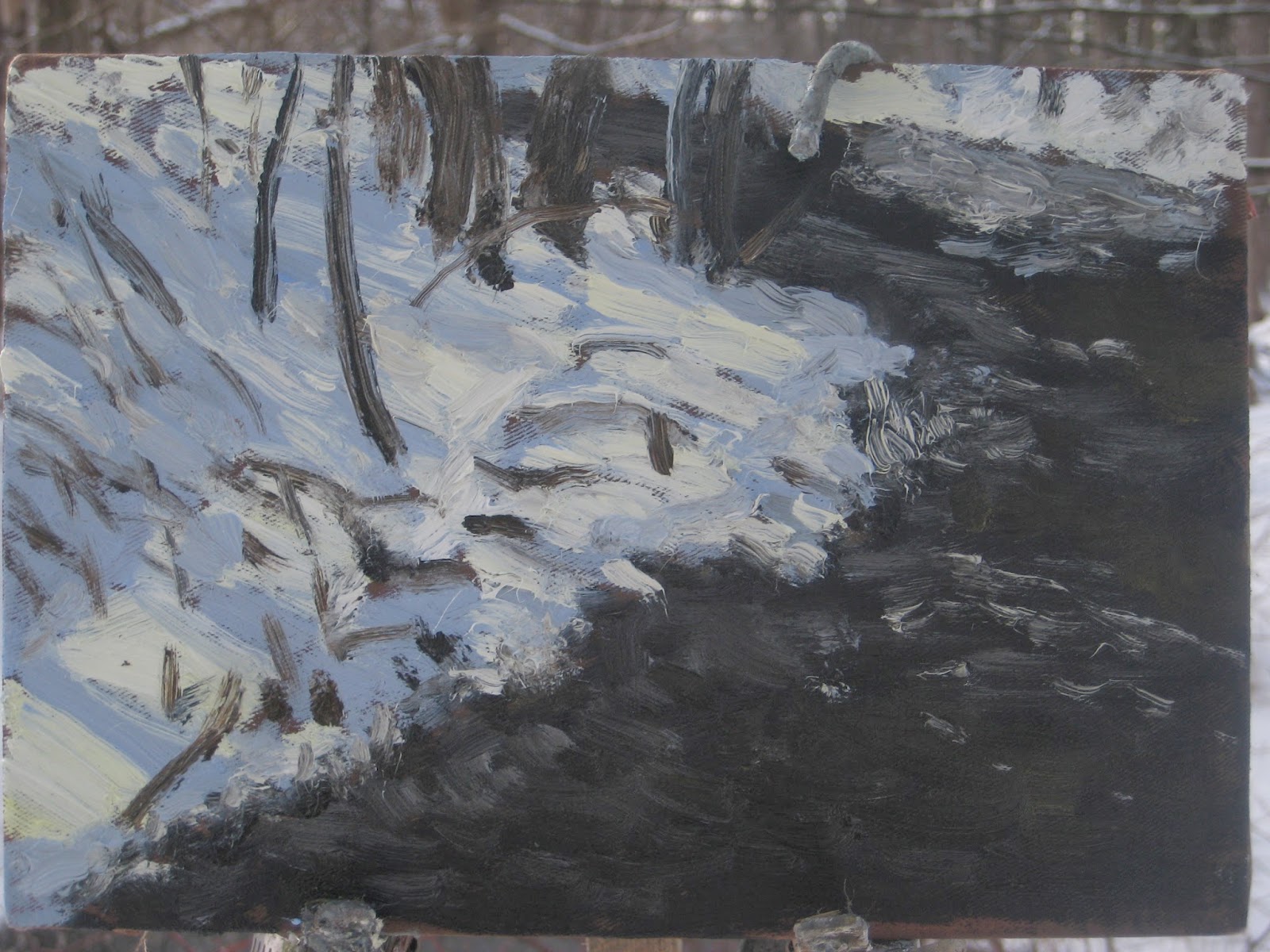 Just about done, this will remain sketchy. 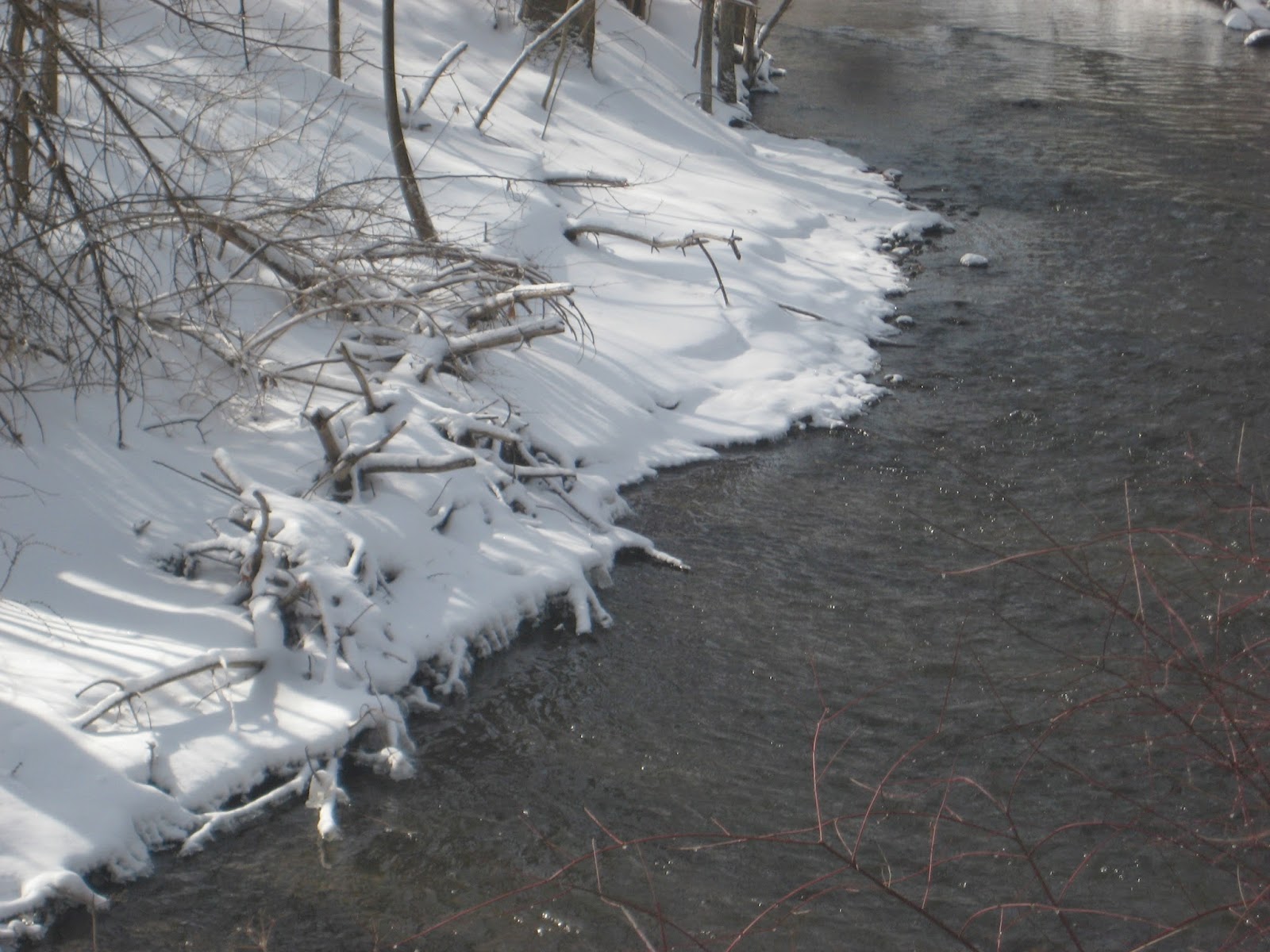 My scene, I was surprised at the sun and shadows, after the show storm and clouds earlier, so it gave m a short session and I took it. 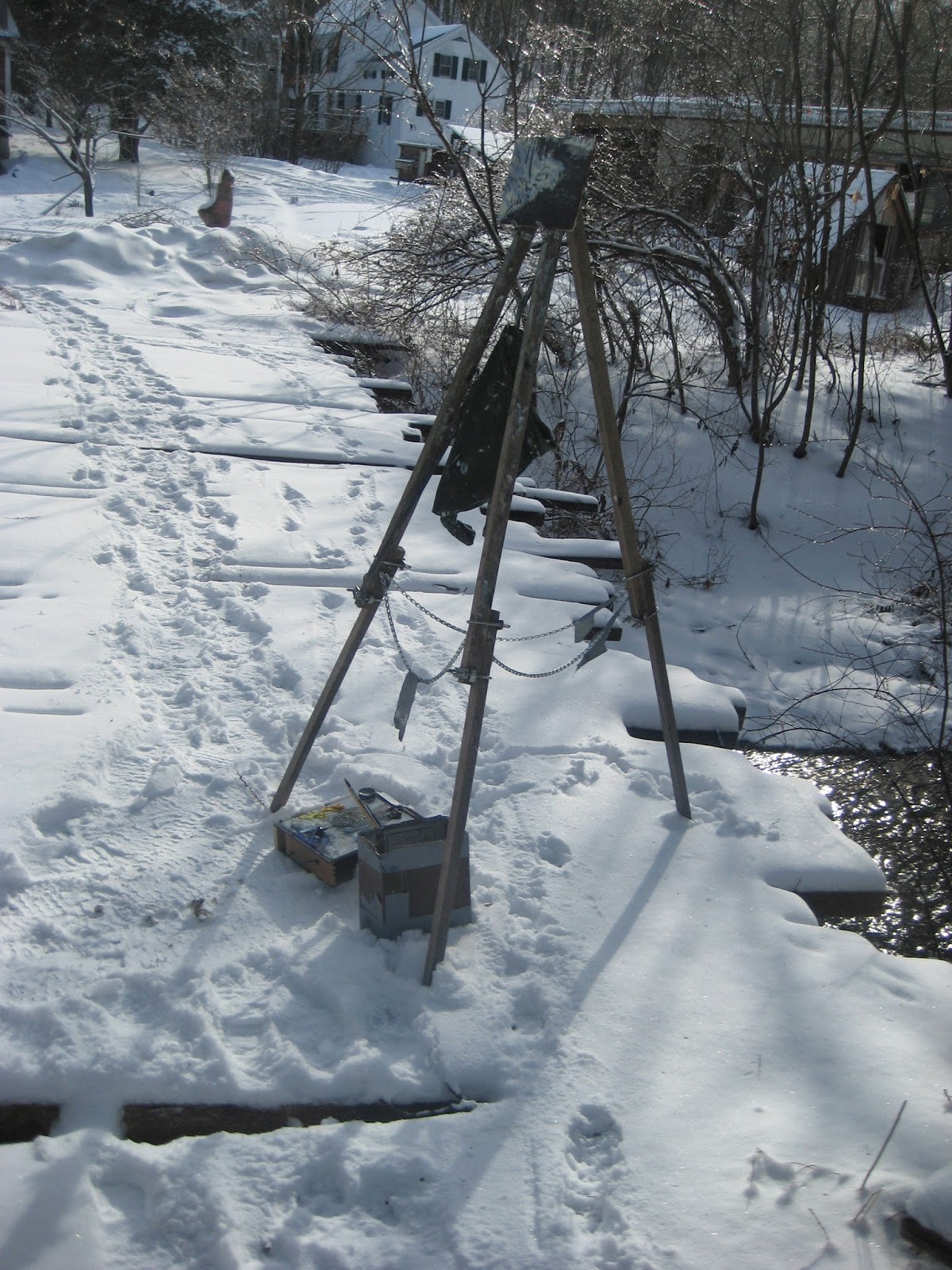 My spot, close but still cold out!  it's mid March!