Uncommon Grounds, Saratoga Springs is up!

Late last night.......
Here is a virtual tour of the show in Uncommon Grounds in Saratoga  Springs, NY for anybody that wants to see it, but lives too far away.


I ended up going chronologically from most recent to older, then I put a few from 2012 in the back room. 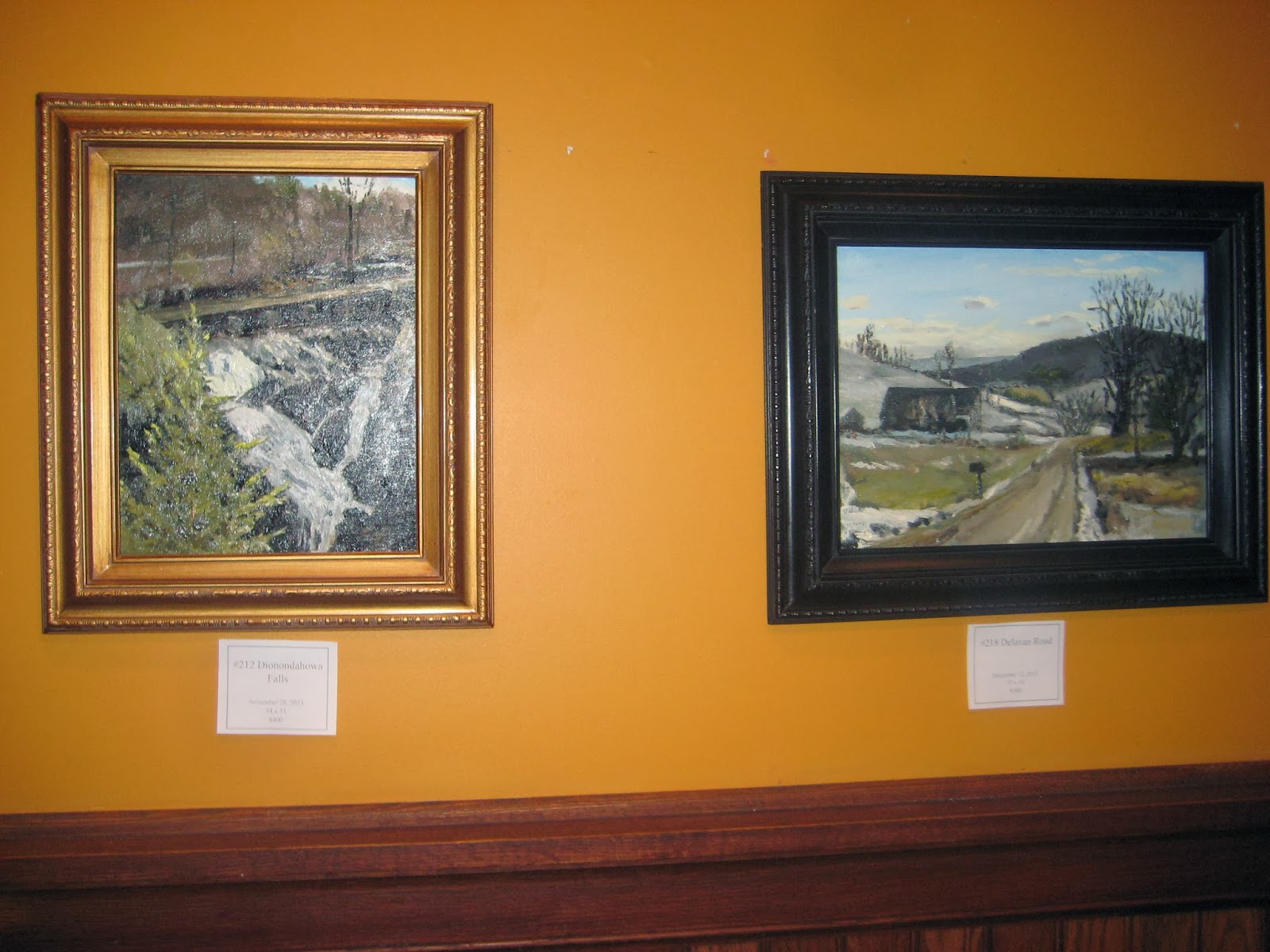 I was just about to set up and another painter showed up with his stuff!, it was a bit awkward, the curator had forgotten that the space was already assigned, I offered to share the space, but they decided to take another month, all's well that end's well is my motto!

The walls had seen a lot of art so I didn't feel bad about an extra hole or two.

The atmosphere is homey coffee shop, and the work looks good, like you could see it on your own walls.

Each show is a learning experience and a response to the last show, well see what I learn!

It's always interesting to see your work in a different place, and it's cool to see them in order.

These are the first of the "year" or from March of 2013, I didn't have many from then, some sold, some were never painted and some weren't good.


These next three sets of three are from 2012 there all on 3/4" boards and can be hung without frames, so it was a lare part of the decision to include them, frames are expensive, and I had spent  lot already, besides some of them are pretty good!

There was a lot of wall space, and I felt obliged to provide work for it, I thought I might edit down from the 42 works, but I probably could have squeezed in a few more....

Here is the map, I put pins with the numbers of the paintings going into the map where they were painted,  at least the ones on this map, the ones from the cabin or Canandaigua didn't go in.


At first I thought this would be obvious, but it looks less consequential after putting four sets of these labels up.

Thanks for all those that made this possible, Jennifer and Andrew at Uncommon Grounds were both instrumental in the works, THANKS!

Posted by Matt Chinian Painting blog at 9:27 AM