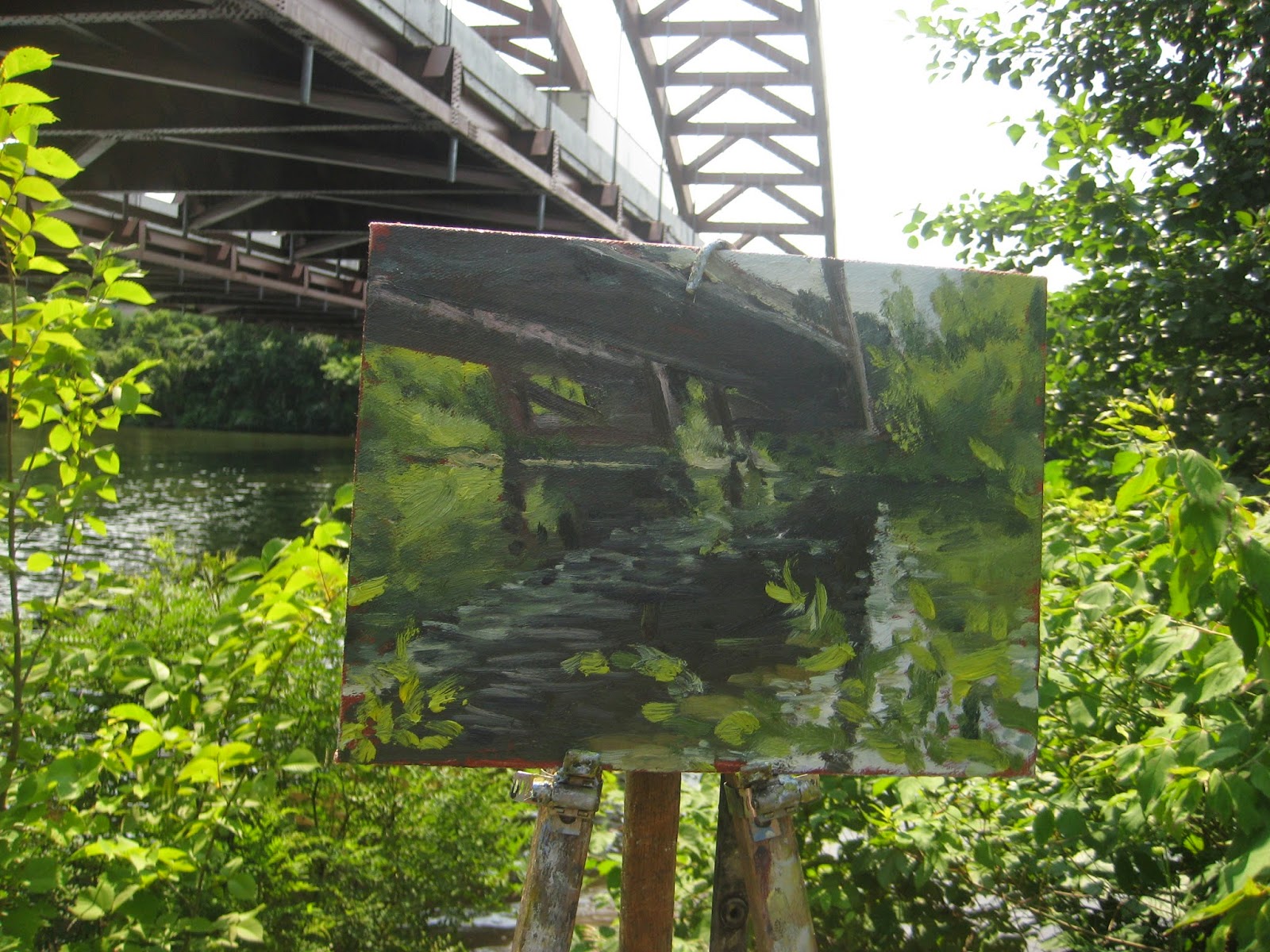 I was in retail land, between dance drop-off and presentation, so I found my way to the river, the Mohawk, today in the town of Halfmoon, 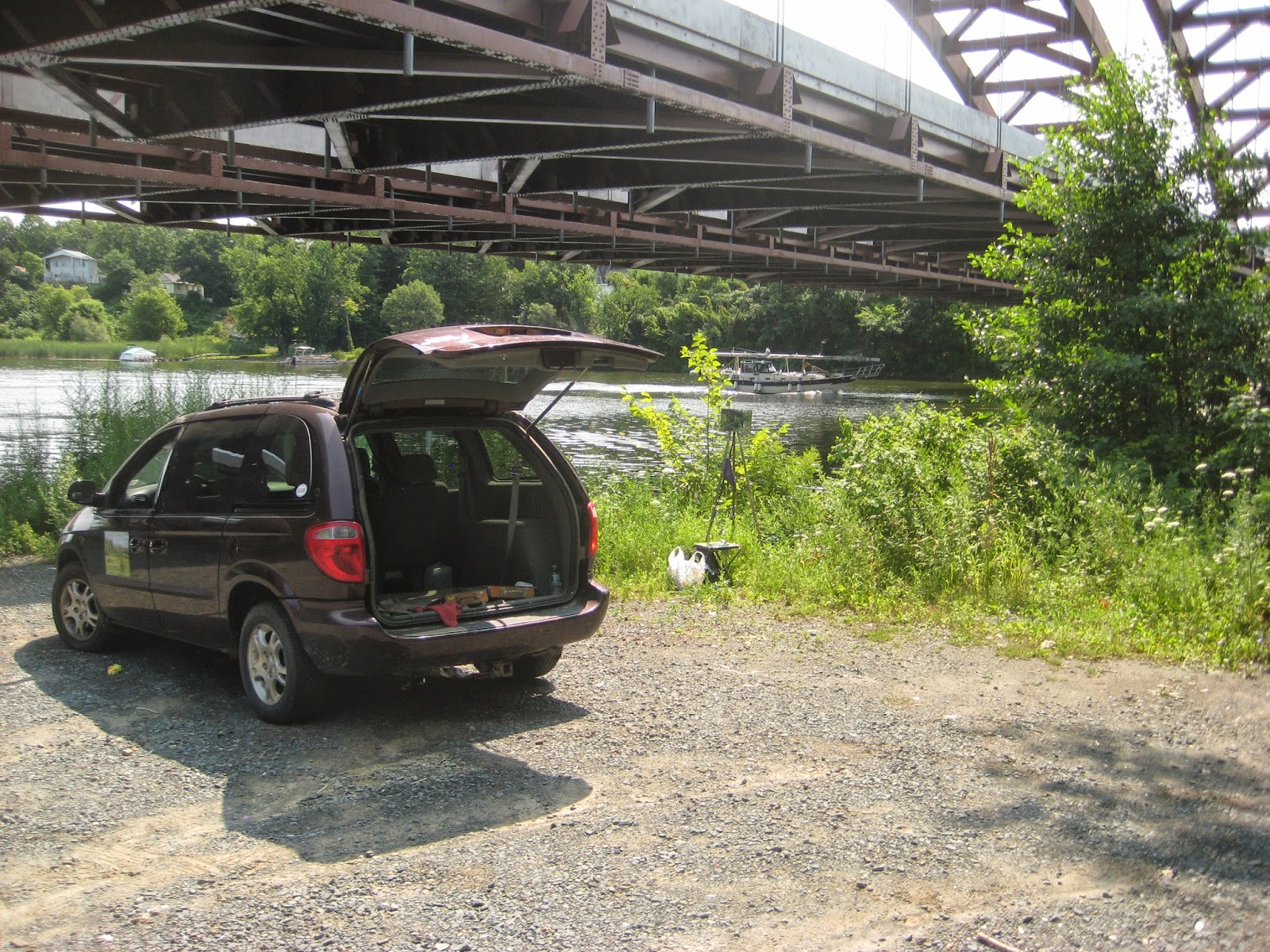 This is the 351st painting I've done since I re-booted, 27 months ago, that's an average of 13 per month, each done out doors all through the year. 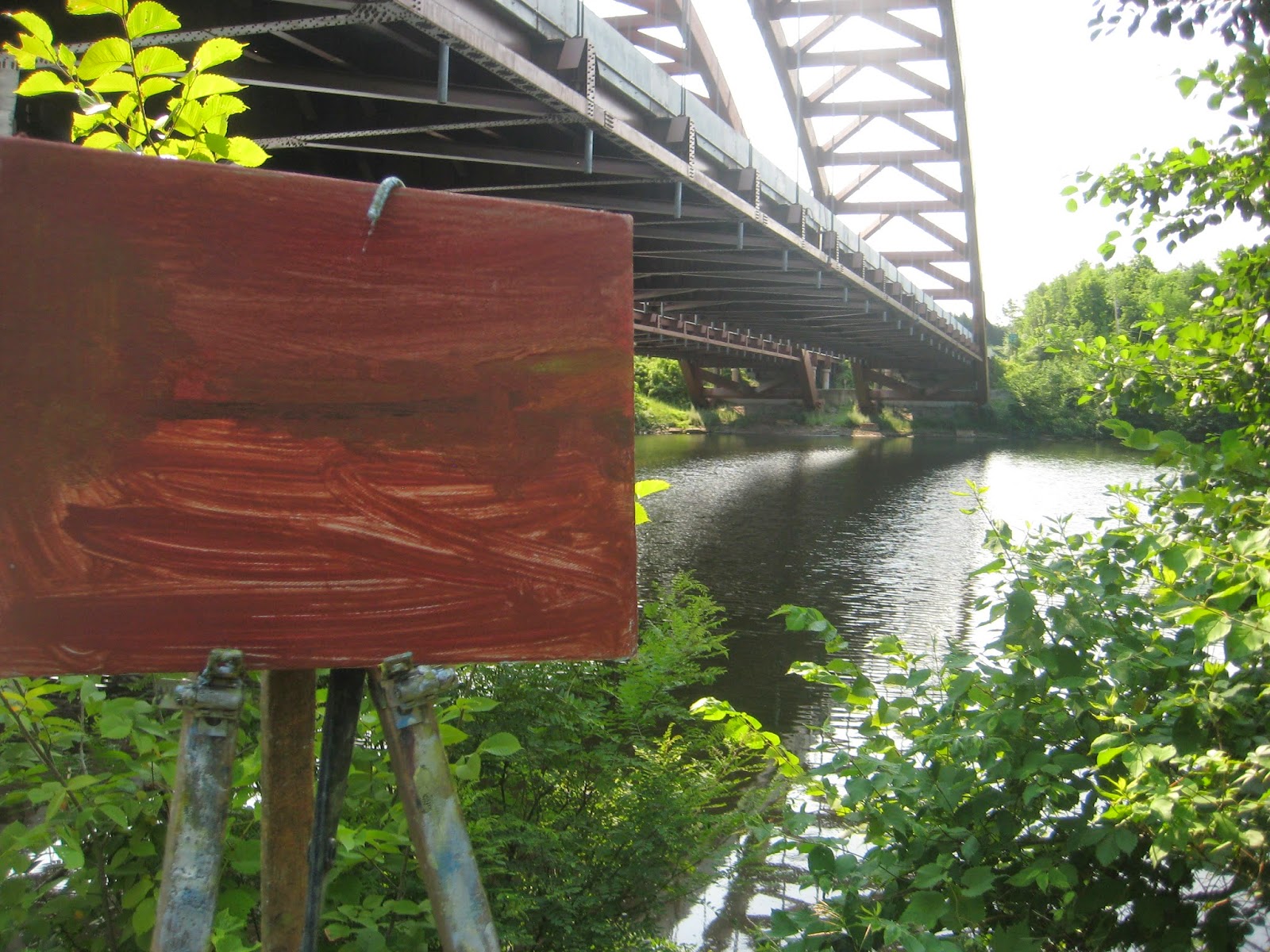 I really like the way the water under the bridge looked, the shadow of the bridge, the reflection......it doesn't look that way just anywhere on the river. Of course that all would change, and change again in the span of just over an hour. I also liked the bit of overbrush, (I missed that in yesterday's painting) 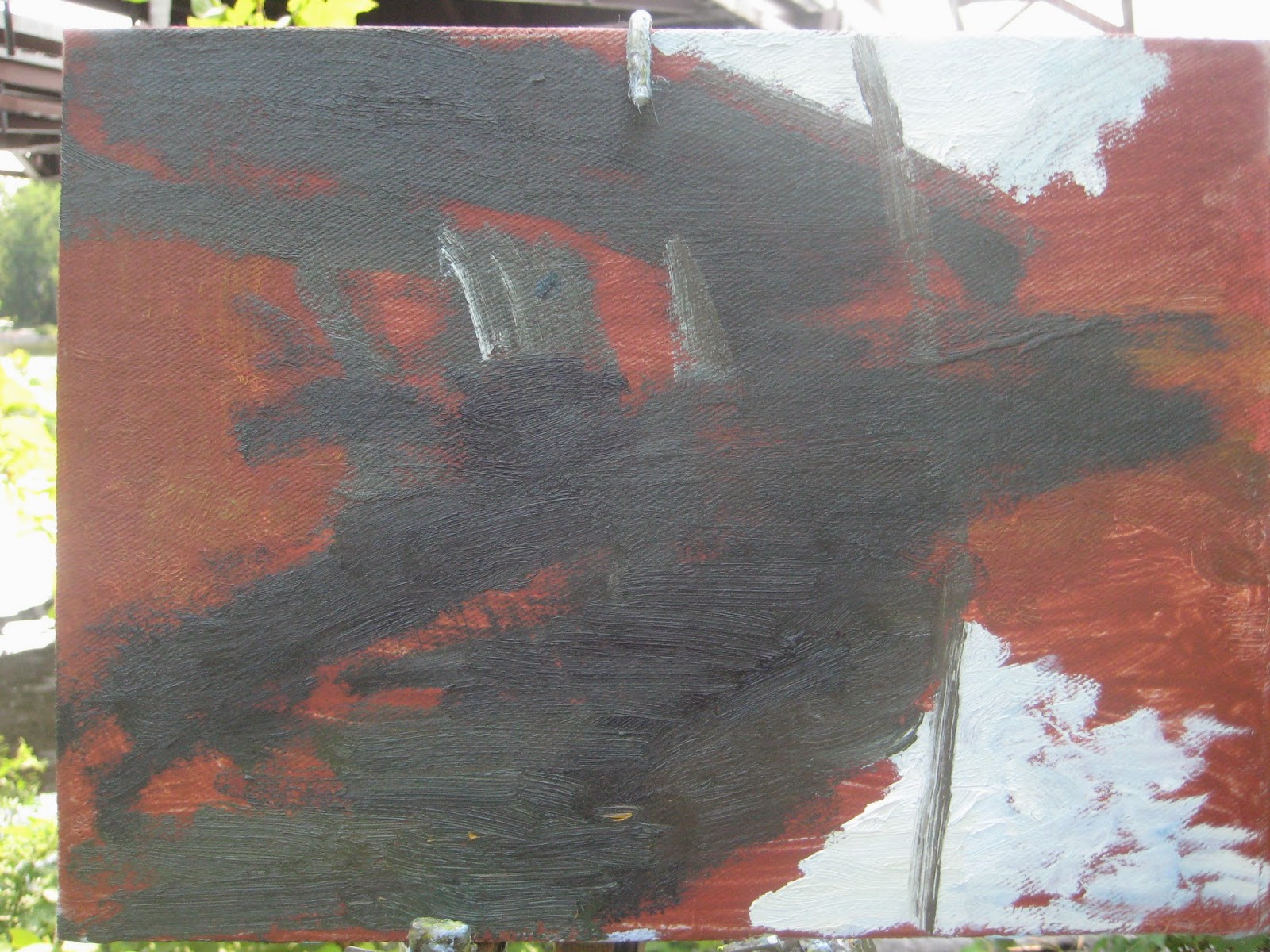 It was more complicated that I thought it would be, not just one bridge, but 2. 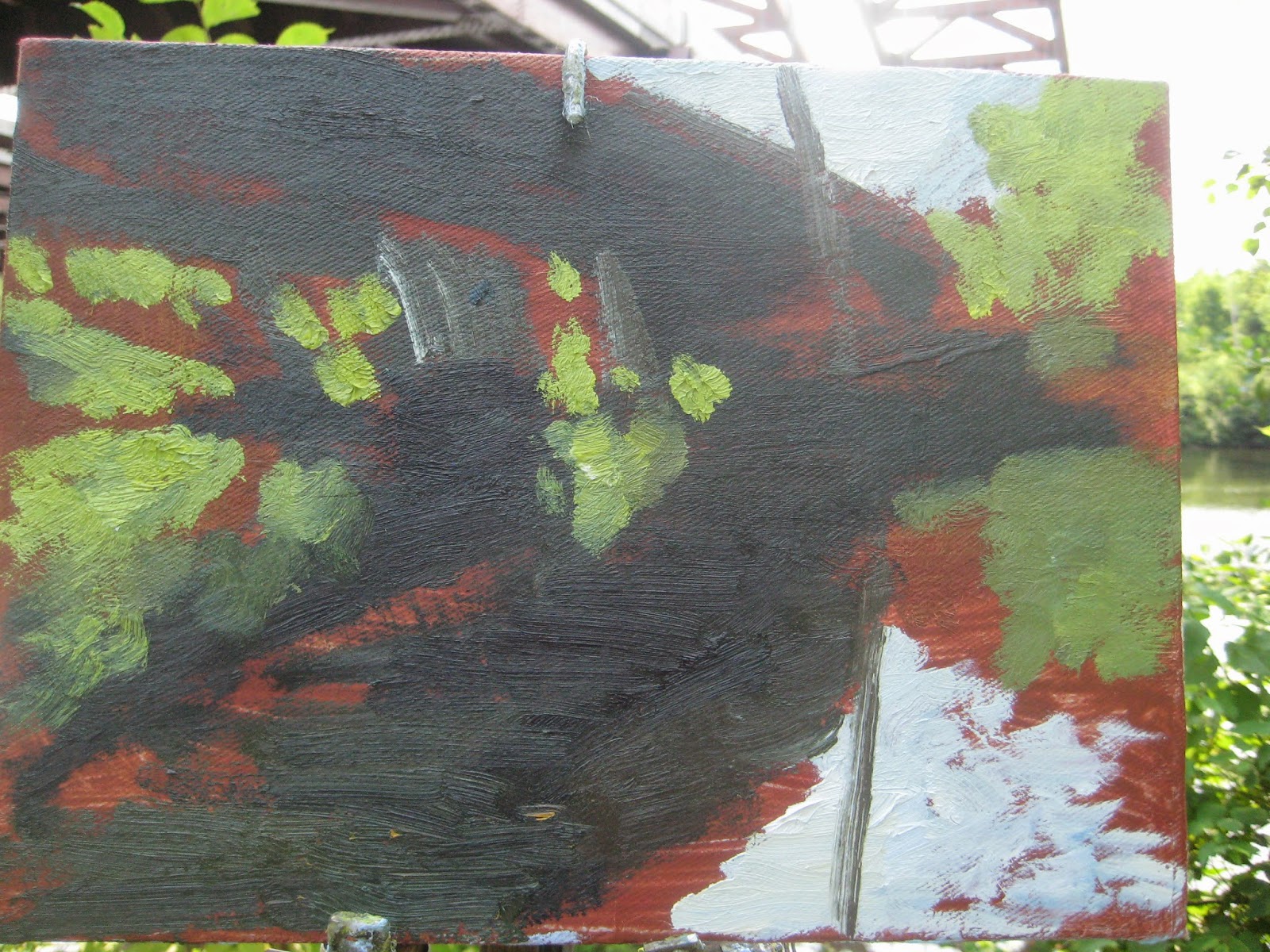 I did like the contrasts between the shadows and bright light, and the pattern they make. 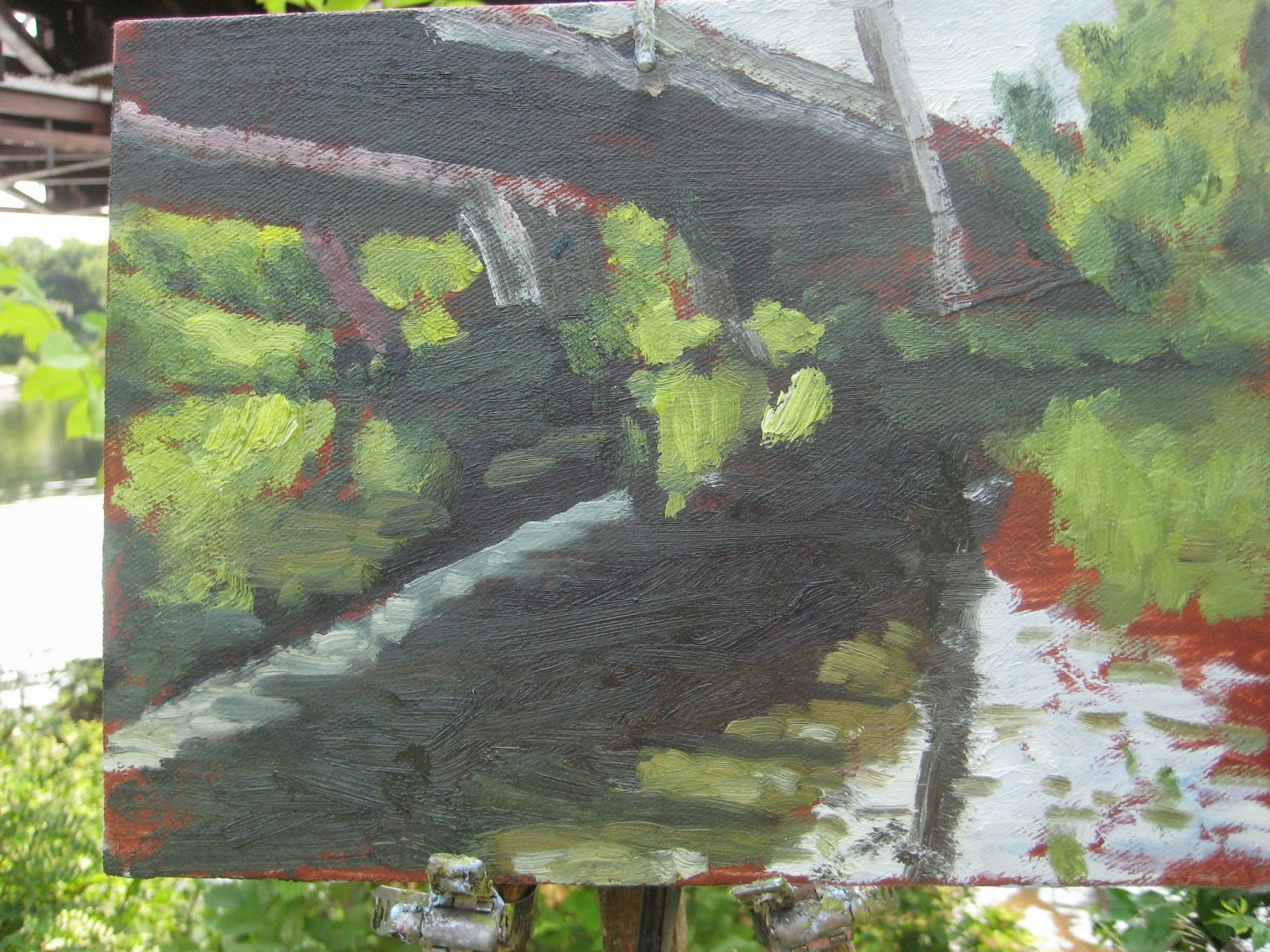 The drewing was problematic in that I'm normally so cavalier about it, but my scenes are usually more forgiving, I had to fuss with this a bit to get the bridges to line up, and I never had the right-most arch steep enough.... 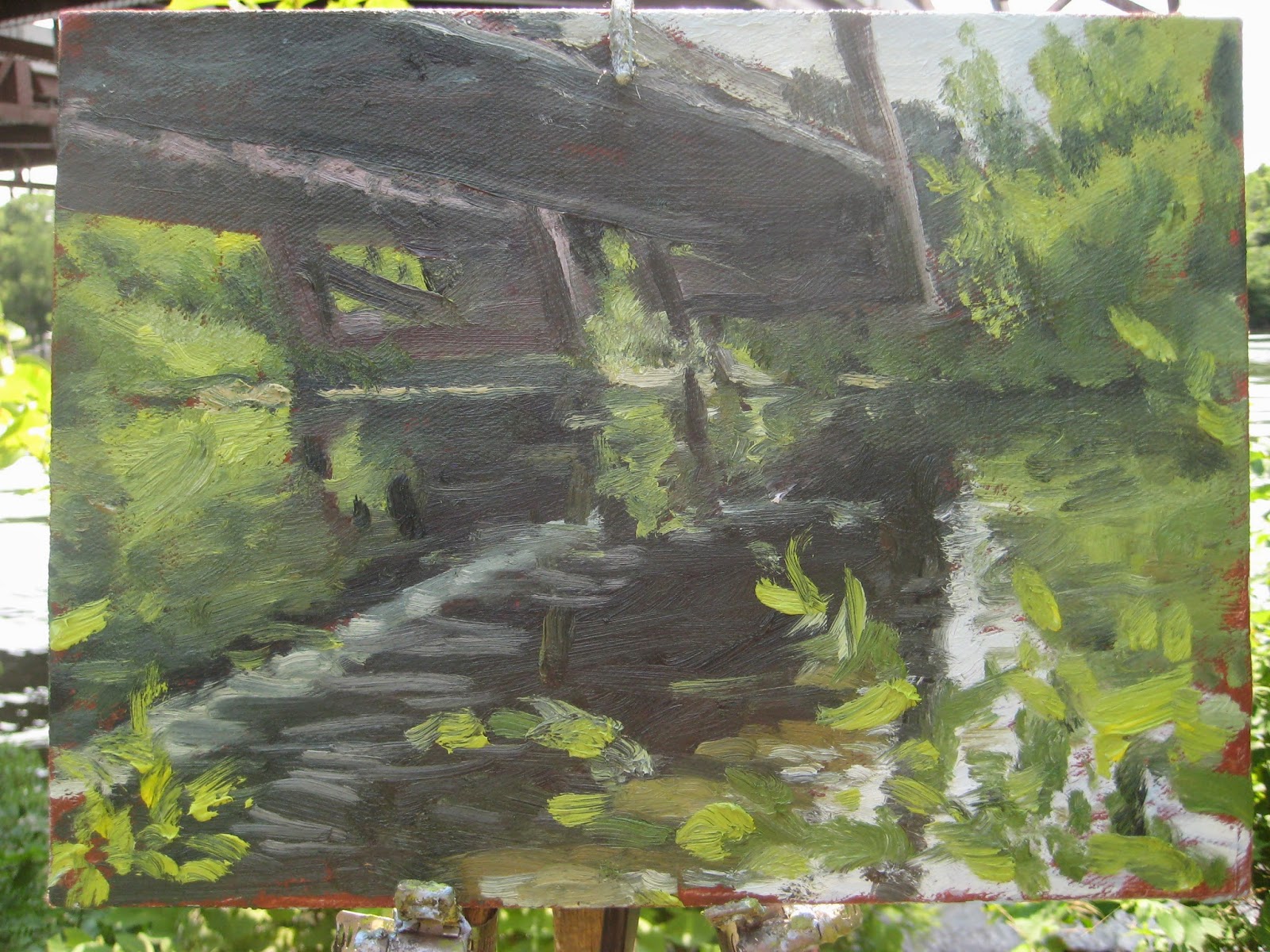 Here is where I ended up.  I'm using black. I probably could have thought through the drawing a bit more, but I focused on the light/shadow and let it slip..... 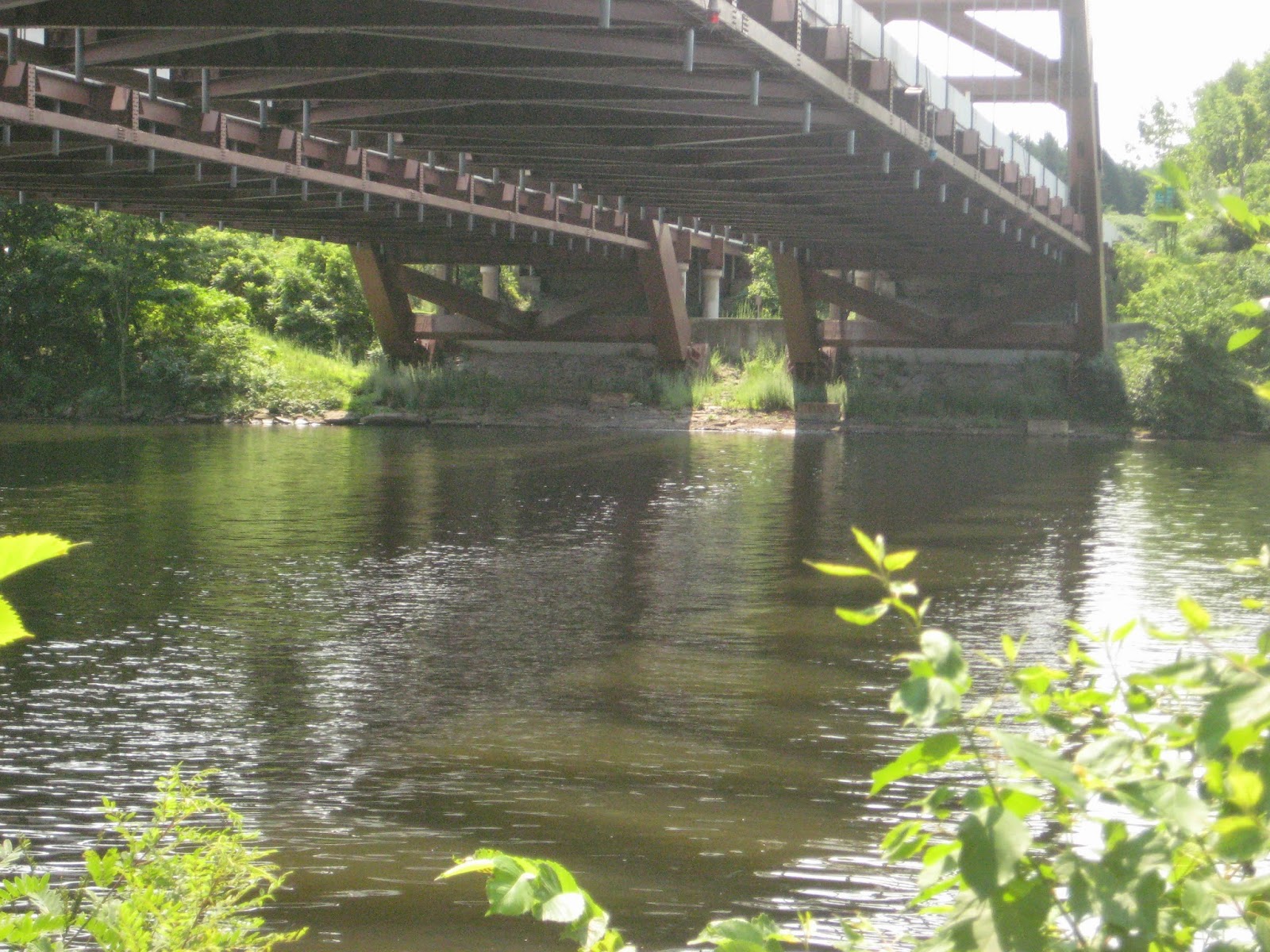 The scene at the end, the reflections changed a bit and the water was calmer when I started.There was also a lot more detail in the bridge than I wanted, but I could have done a better job at simplifying it. 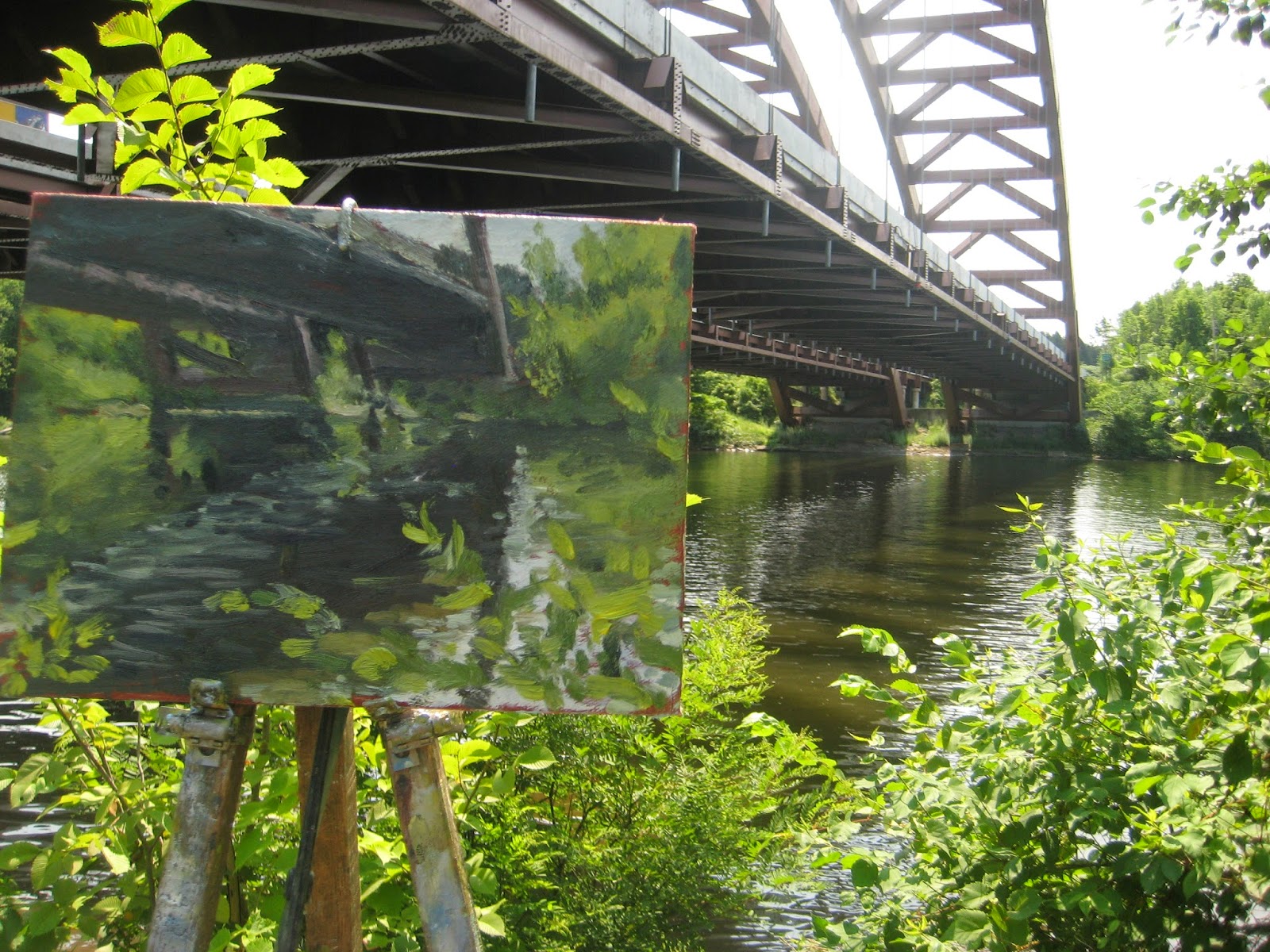 Sight size shot. (how I paint it) 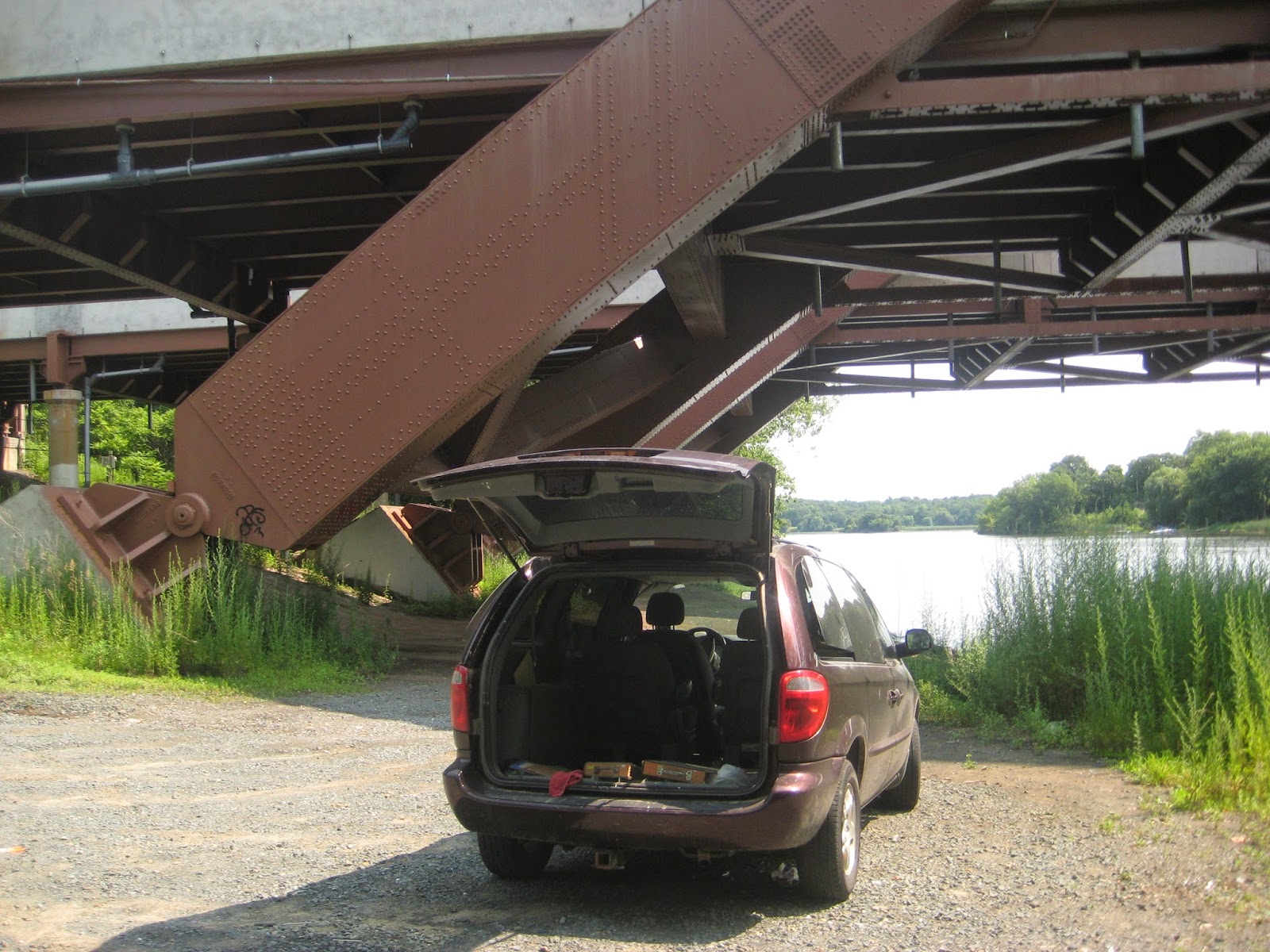 It is an awesome piece of work, and in this densely populated area only a few cars came by, this is in a dead end.
Posted by Matt Chinian Painting blog at 7:23 PM