Last days in Germany; quoted in a German newspaper, subject of a poem, a gift, shopping, painting, goodbyes........ 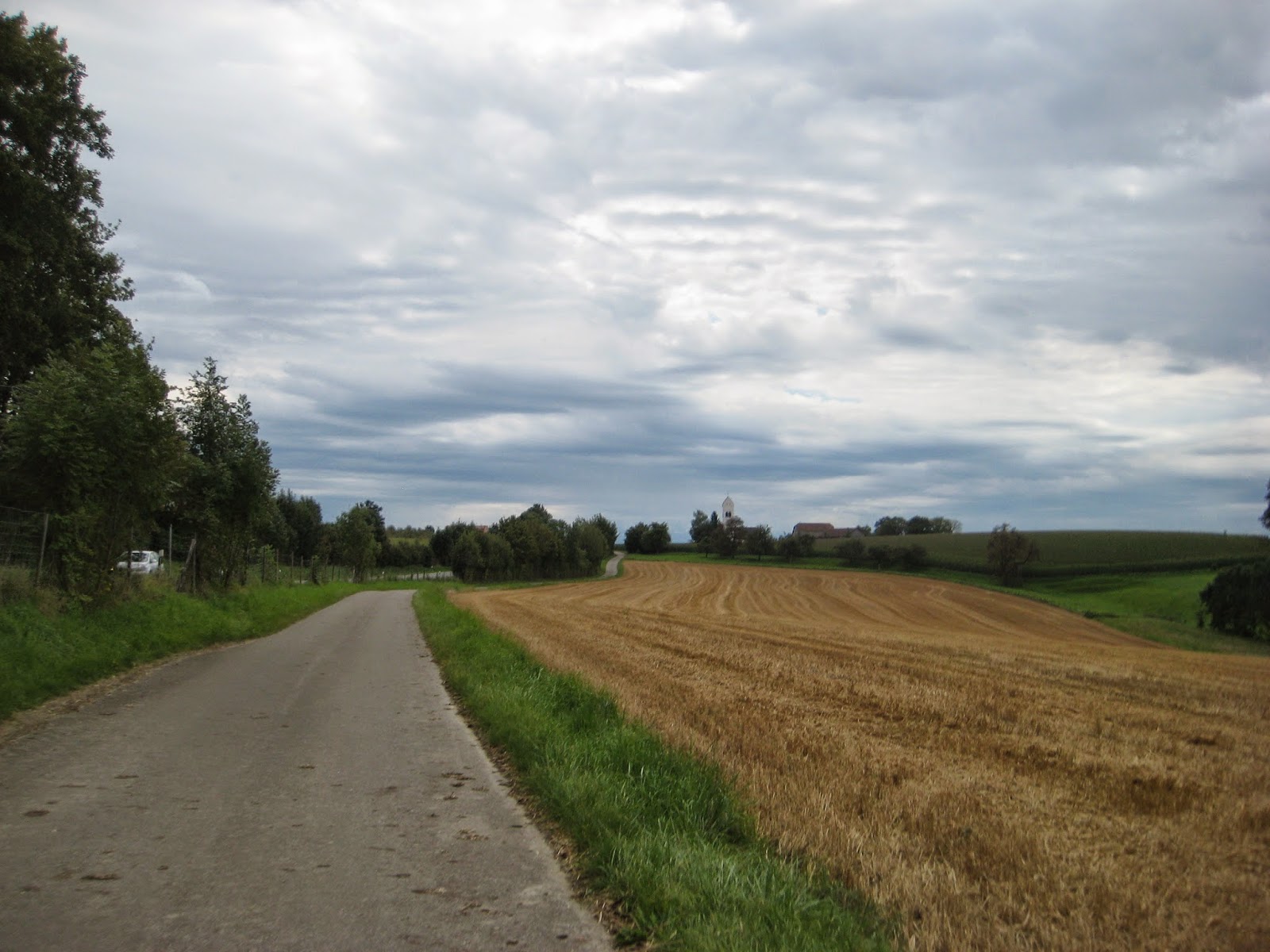 I set out today to get to the mall, after all, that's where most of the locals shop, not the touristy downtown of Uberlingen. 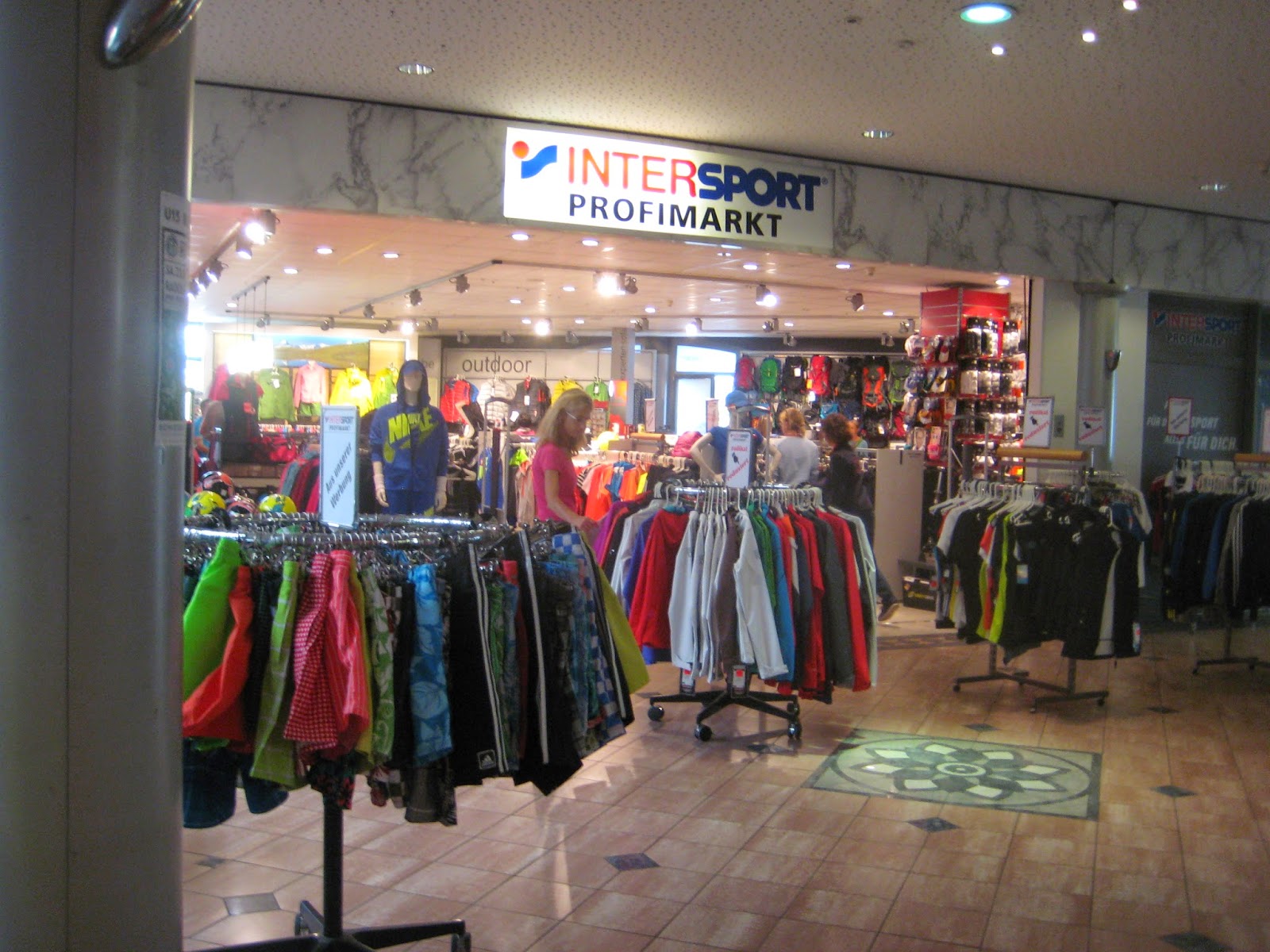 I went to this sportswear store because who doesn't like sportswear? even if most of it is Nike and Addias, and made in China.  I was looking through the racks, when I saw Sybil! I had met her on numerous occasions while here, she's friends with people in the circle of Salem2Salem, she graciously became my interpreter, so the salesman knew exactly what I wanted, then her friend, Daniella, who is a sister to one on my artist colleagues showed up, indeed this is a small world, and how quickly it is to make friends! 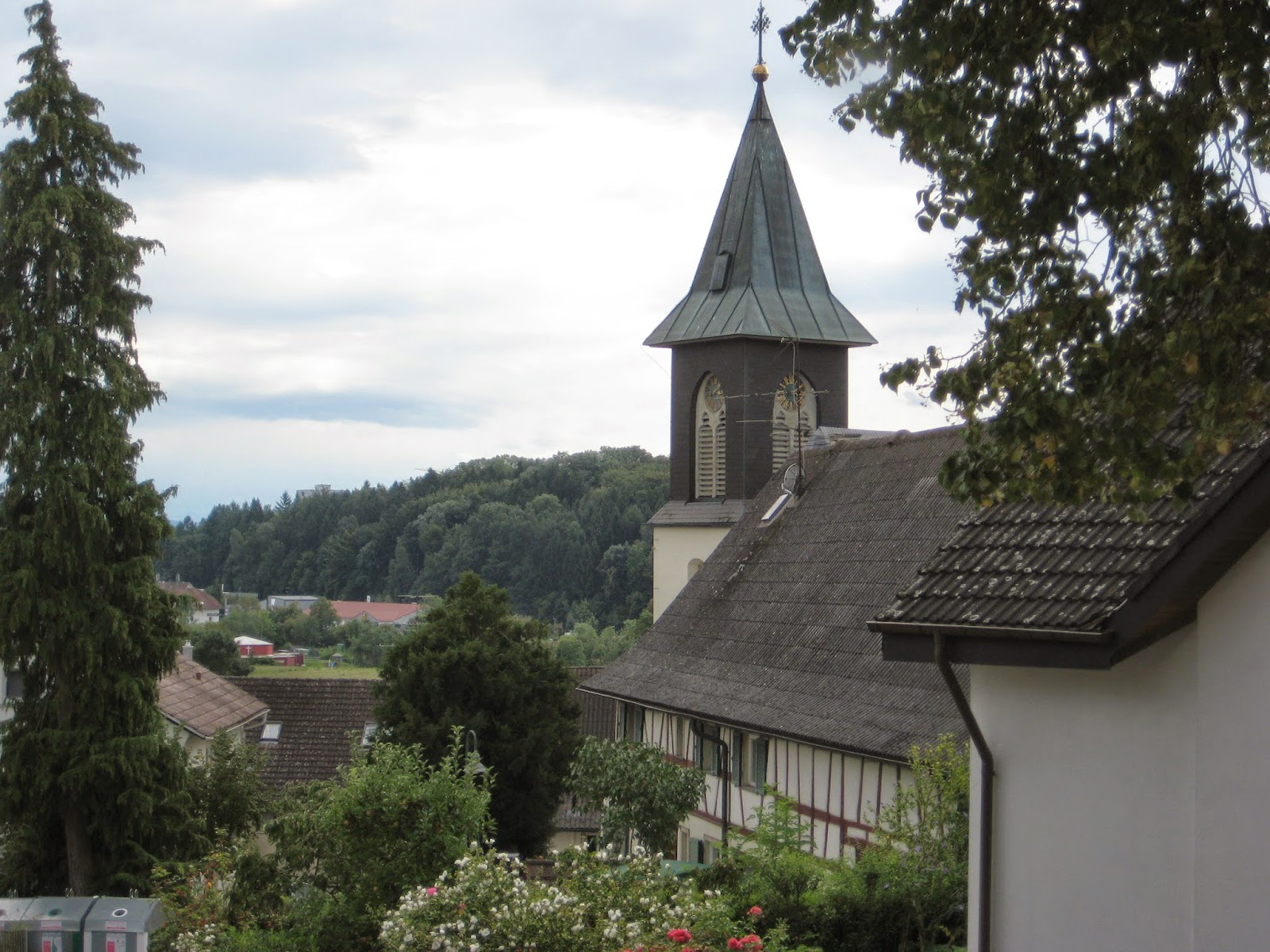 I made my purchases, and got some more titanium white at the OBI, and was back on the road, following a hunch! 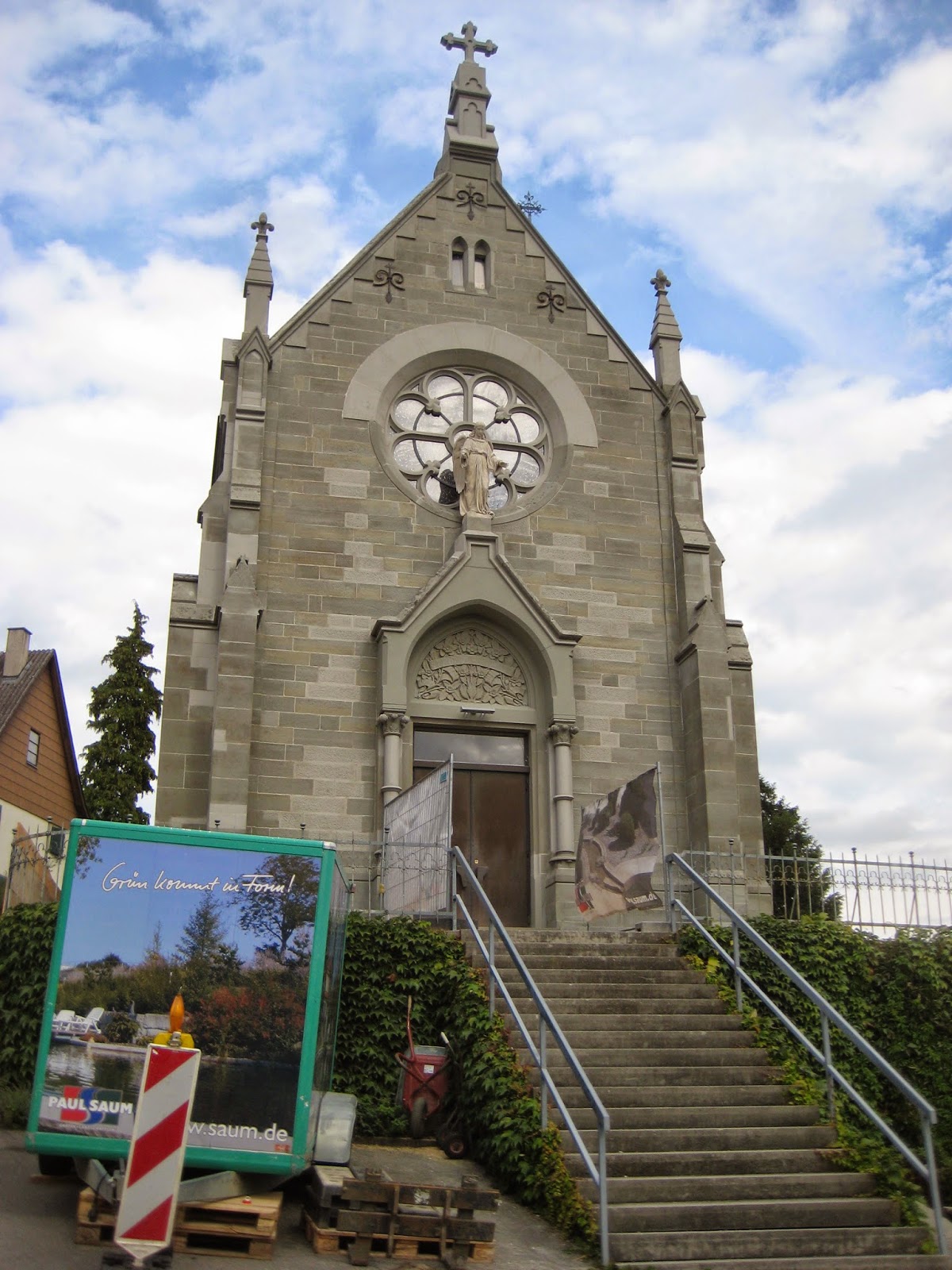 I past by these Churches, and don't know why I didn't paint them! 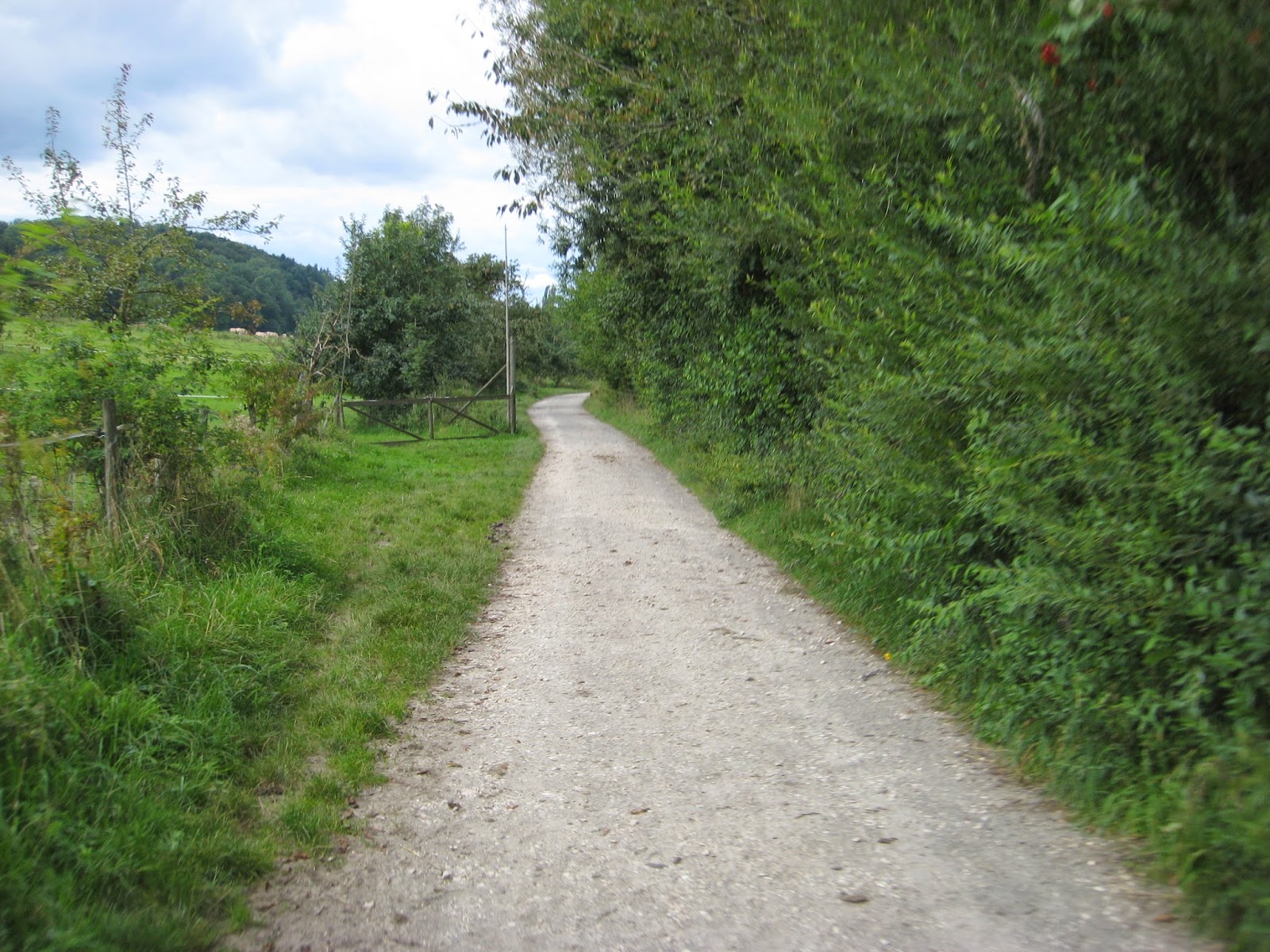 I went down this dirt road and got lost. 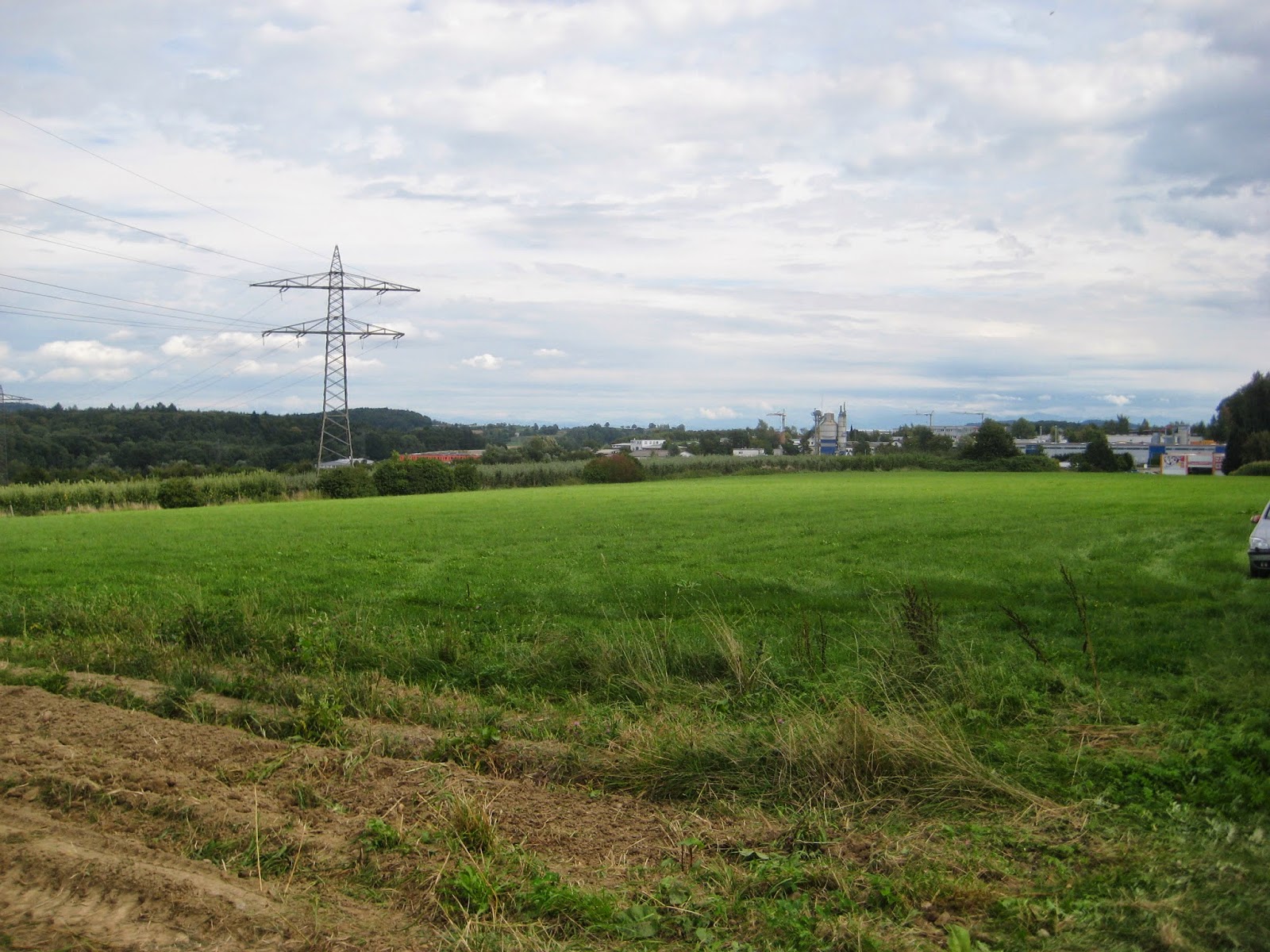 I kept going when I saw a familiar sight, the cement plant, which was near the paint store, not far from the shopping mall! 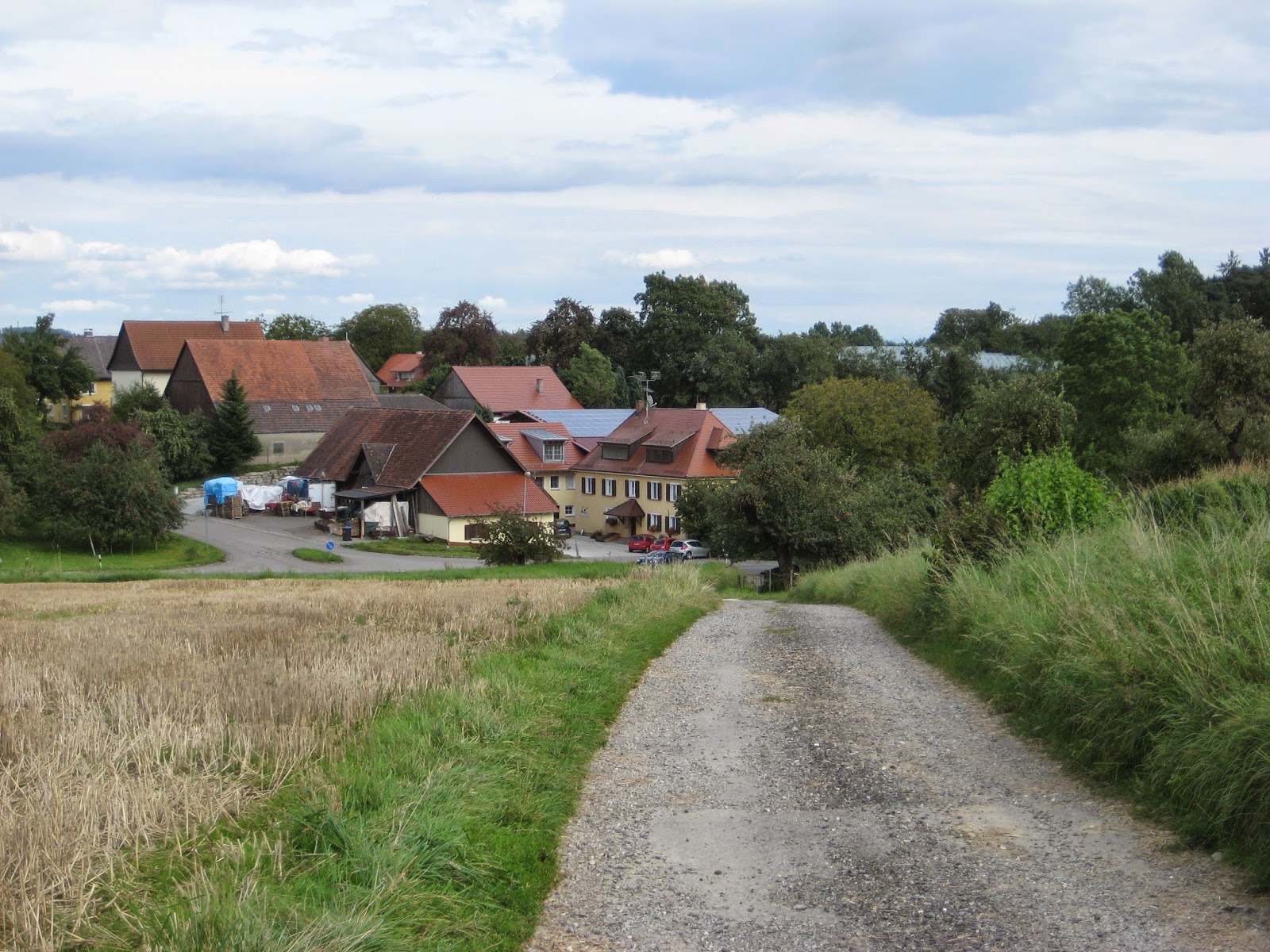 I was on a familiar road (it would be considered a driveway in the U.S.) and I must be home sick, because this farm scene was just what I wanted! 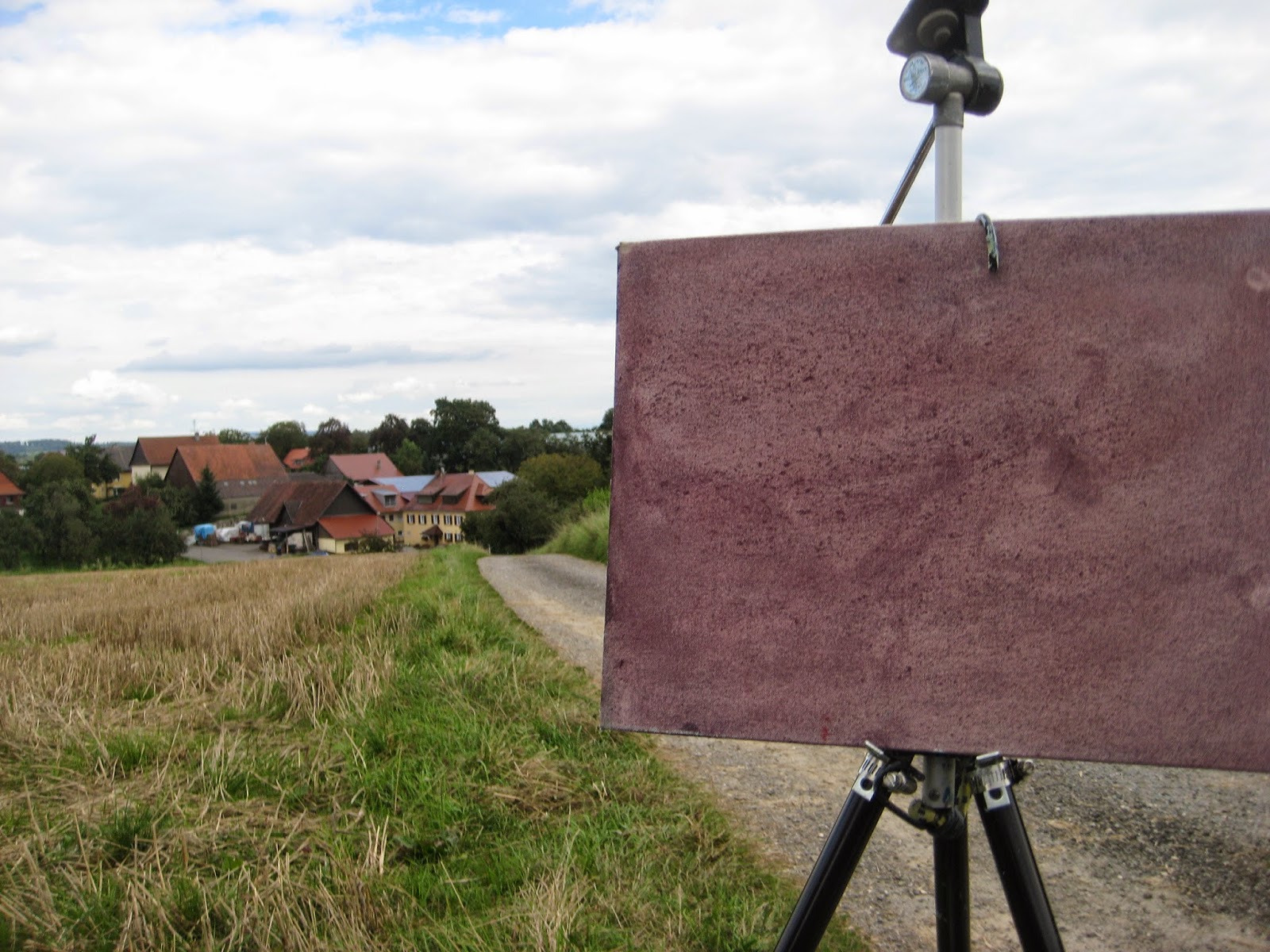 I don't feel comfortable painting when lost, here I did know the way back to Spetzgart. 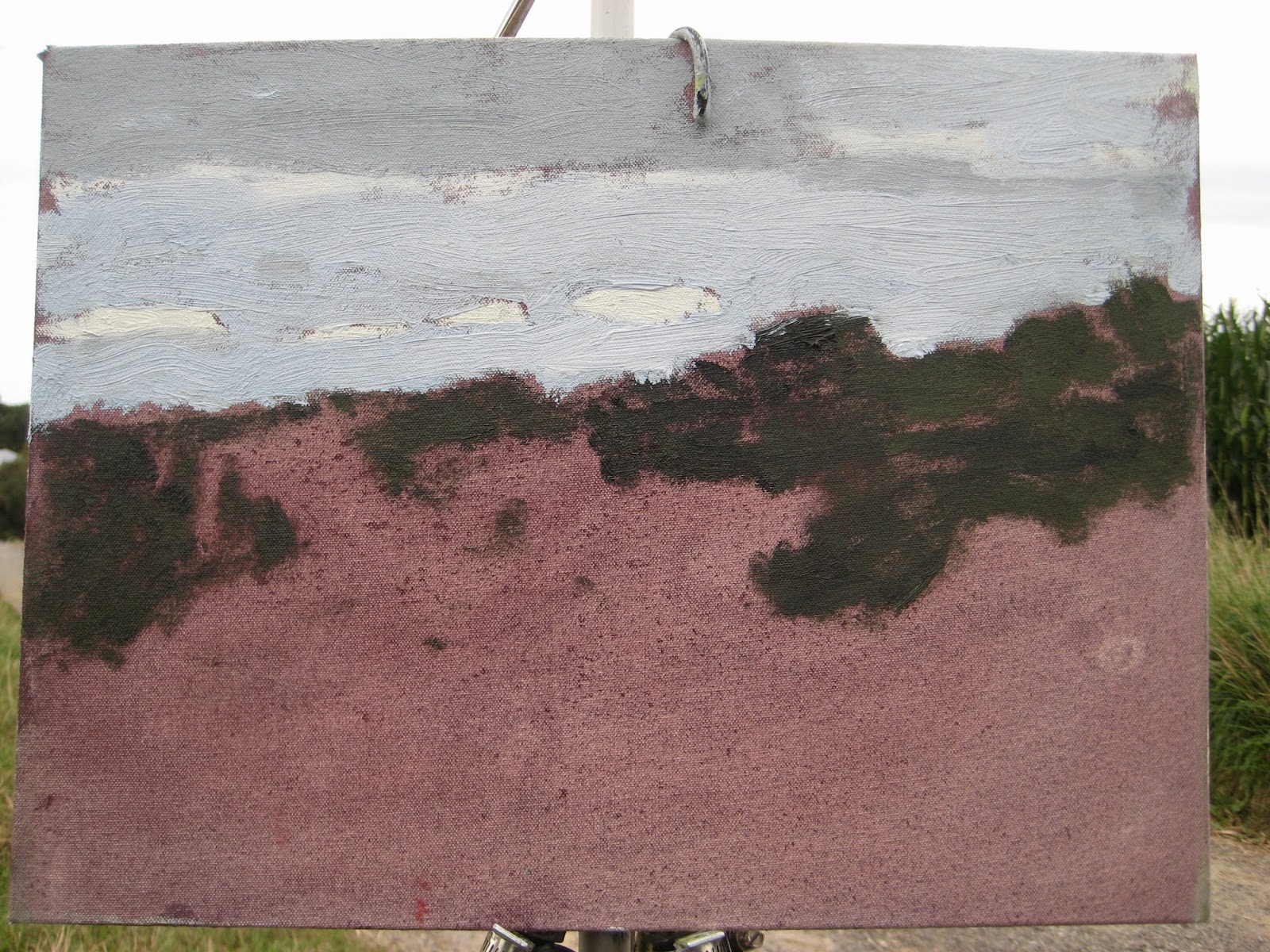 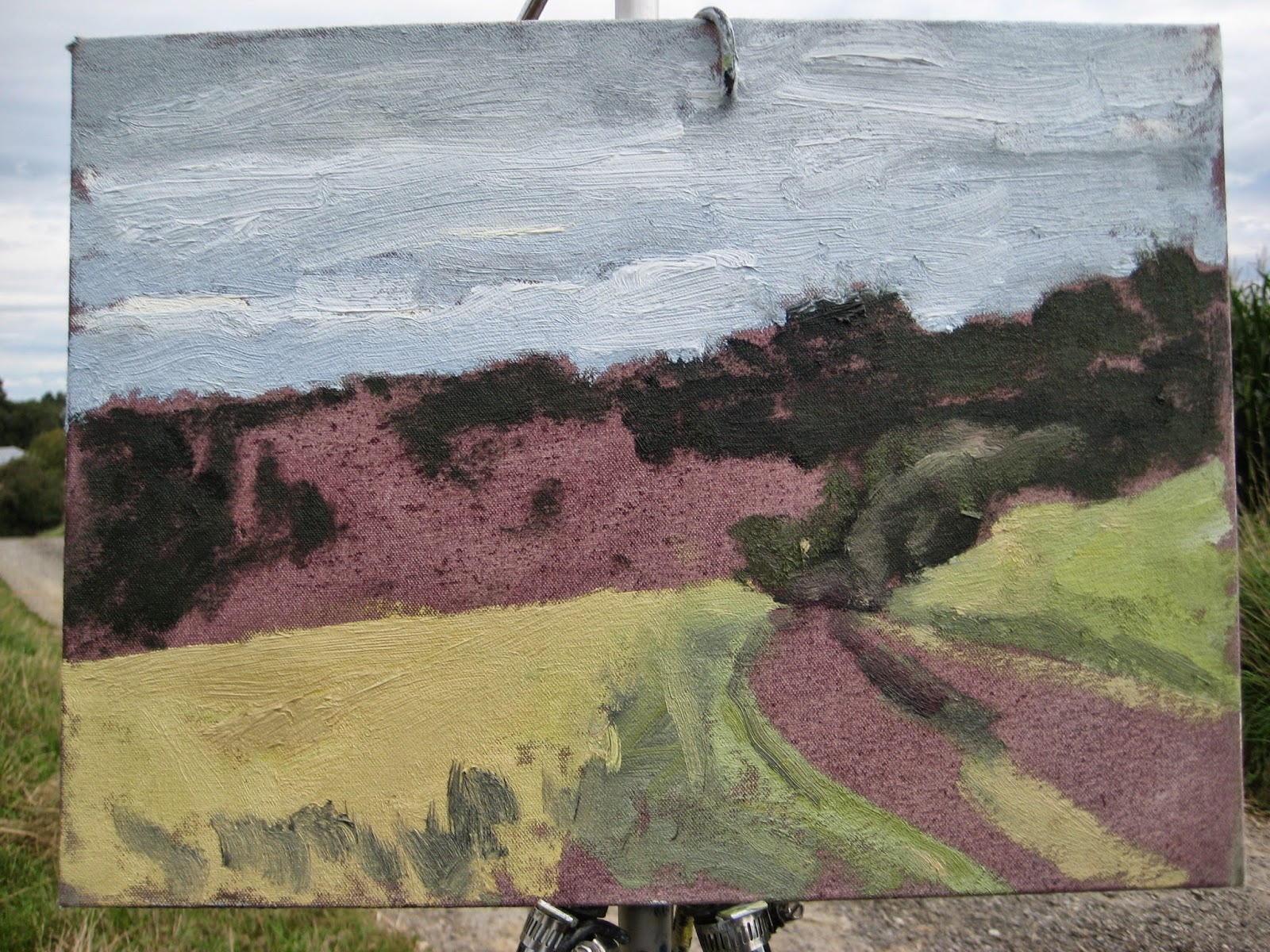 The colors were muted, but I had some nice dark tones. 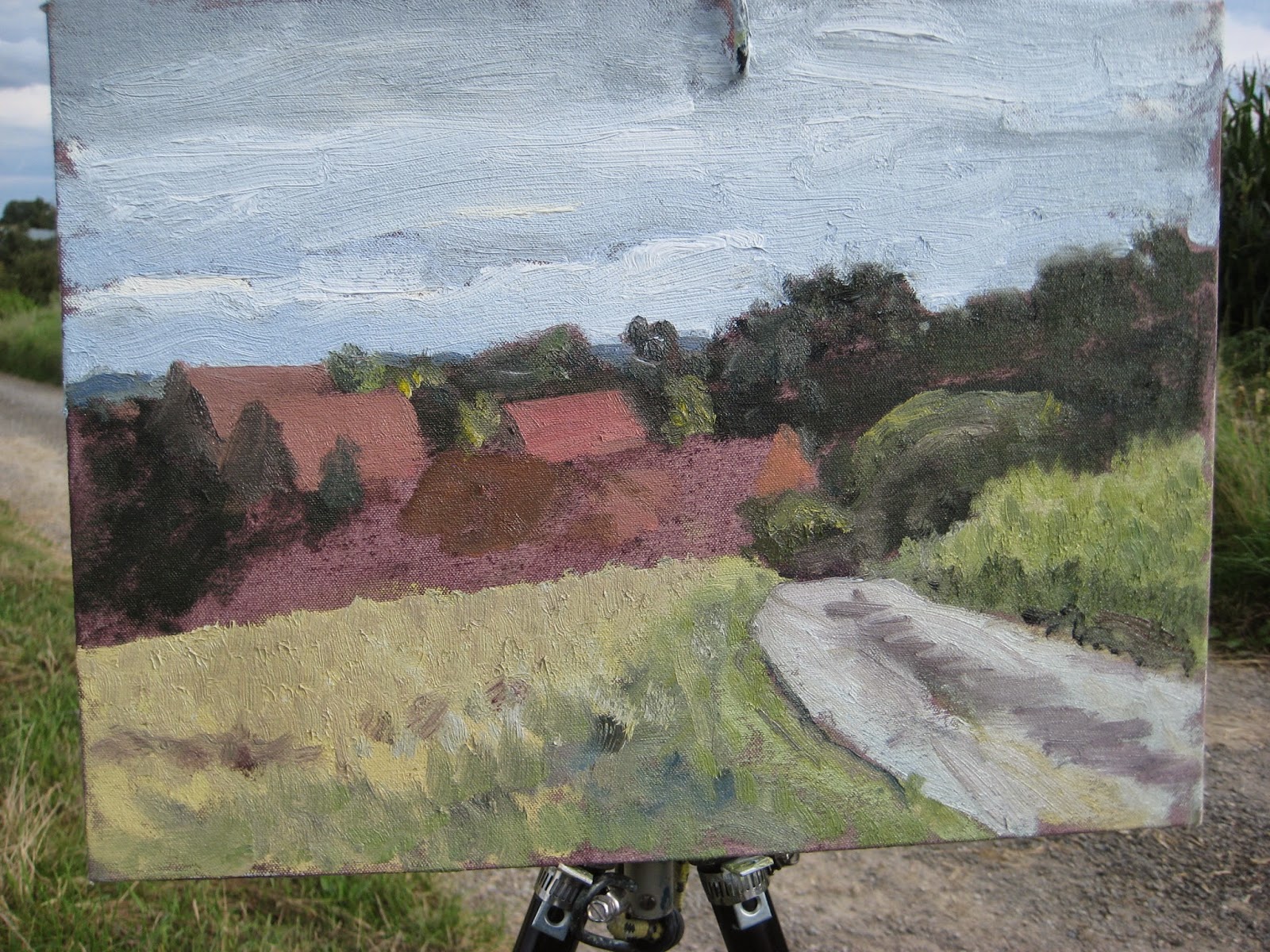 I loved the way the rooftops played in the landscape...... 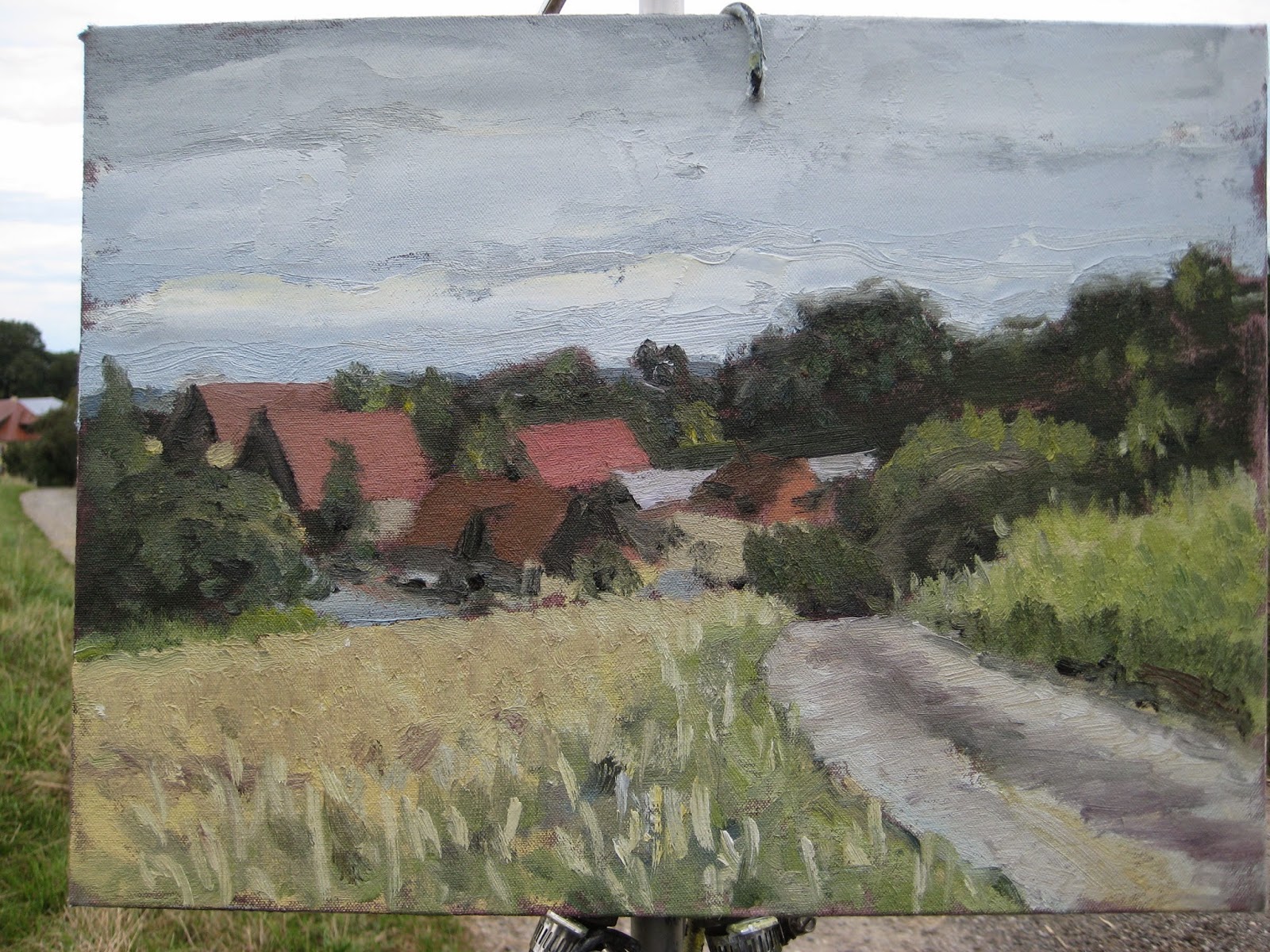 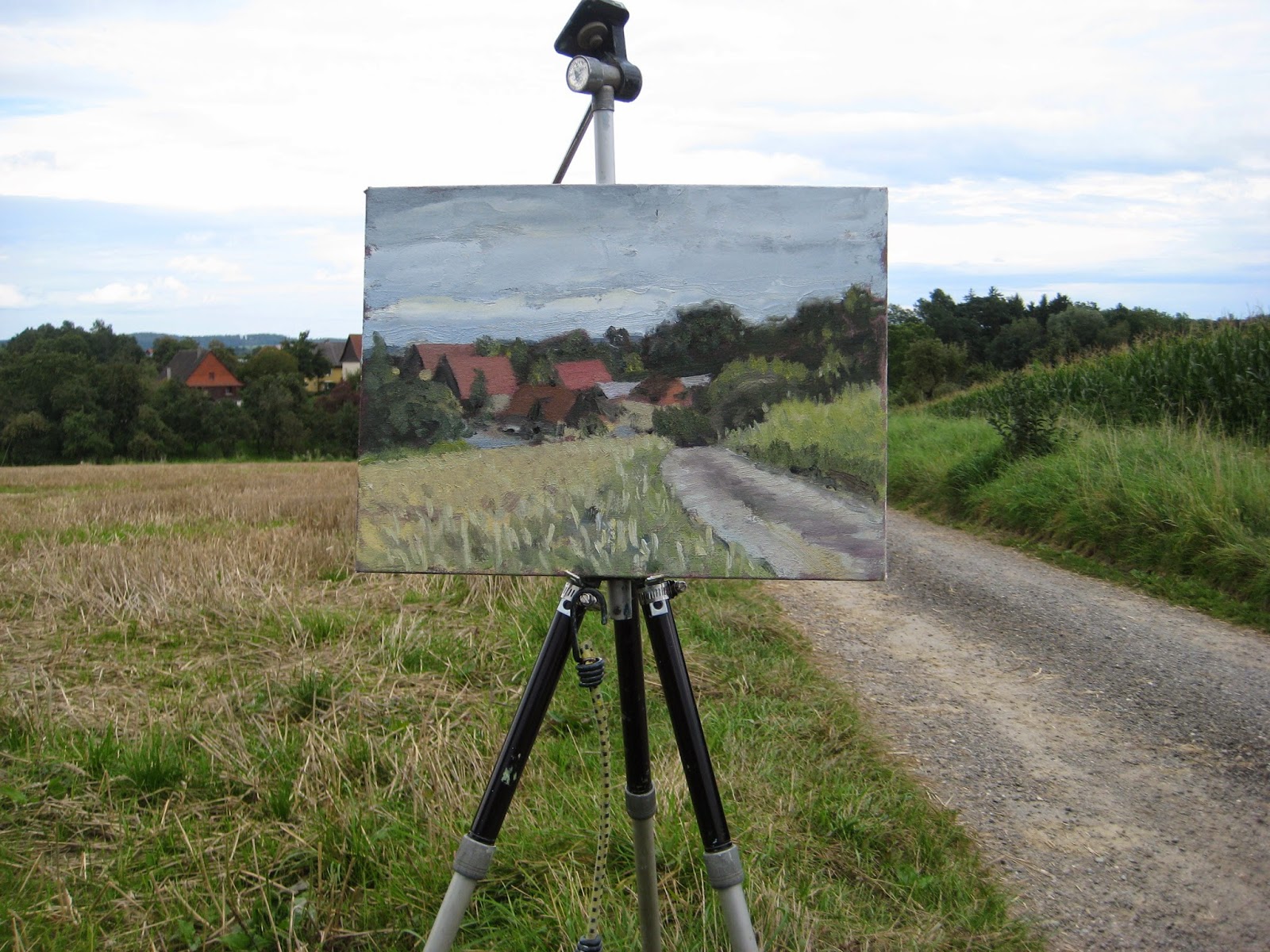 
In these last days after so much has happened, I haven't begun to sort it out, that will come later, when I get home and am re-united with my family.  So many conversations, so many connections. Painting in another place, seeing the beauty, and loving it, is a joy and celebration, it's palpable and does not need translation.  My work is accessible to just about anybody, it's easy to understand and needs no text.  I value that more than  anything because it's real; real people, leading real lives, in real time, sharing a real moment, and there's nothing better than that!
Posted by Matt Chinian Painting blog at 1:26 AM