Eagle Bridge, the wind beneath my panel? 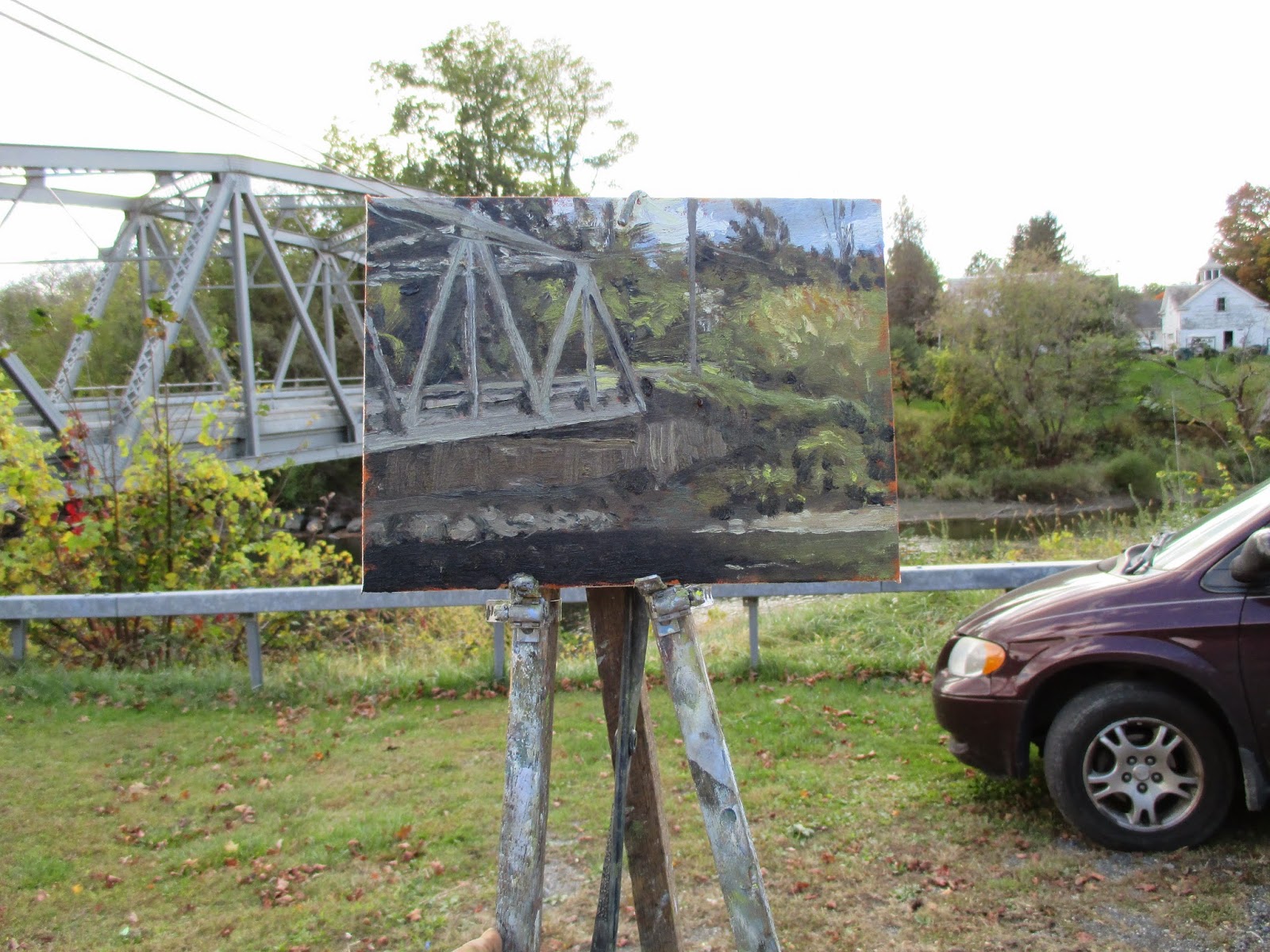 I went to Eagle Bridge today 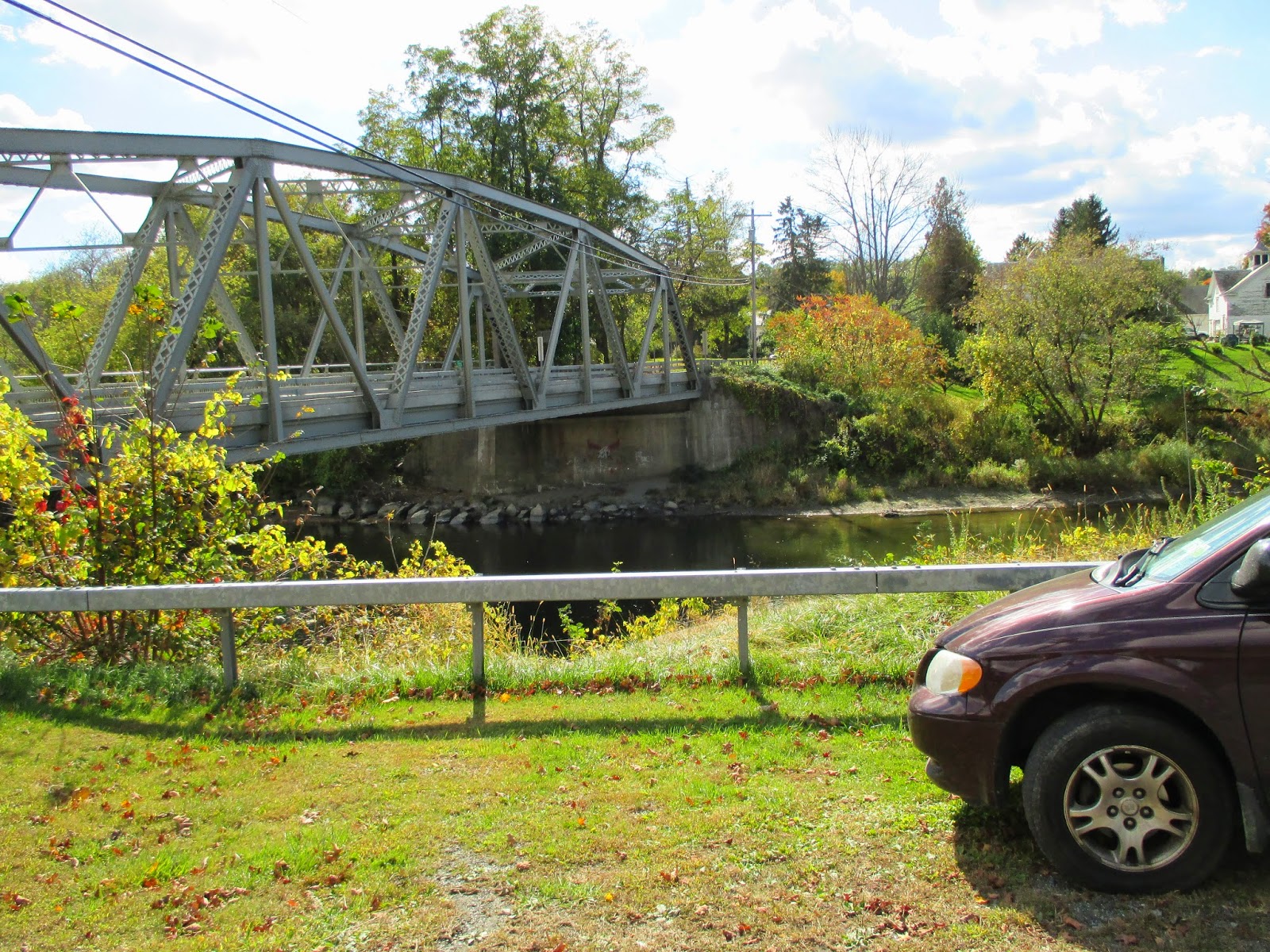 The light, when it wasn't behind a cloud gave the scene some drama. 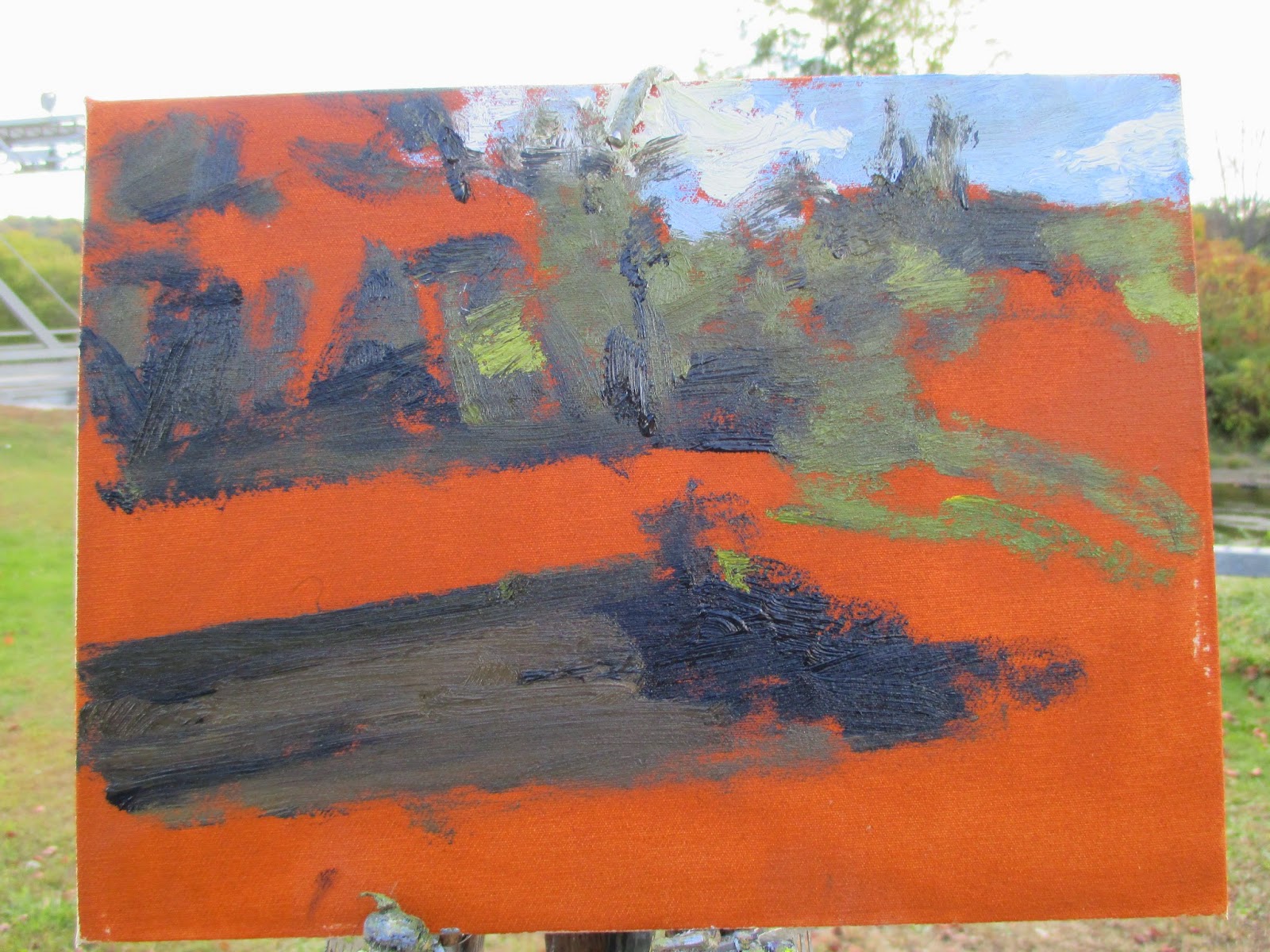 I thought I'd hike down to the river's edge, and I could see the way to go, but I was feeling pressed for time and lazy, so I ended up right in the pull off. 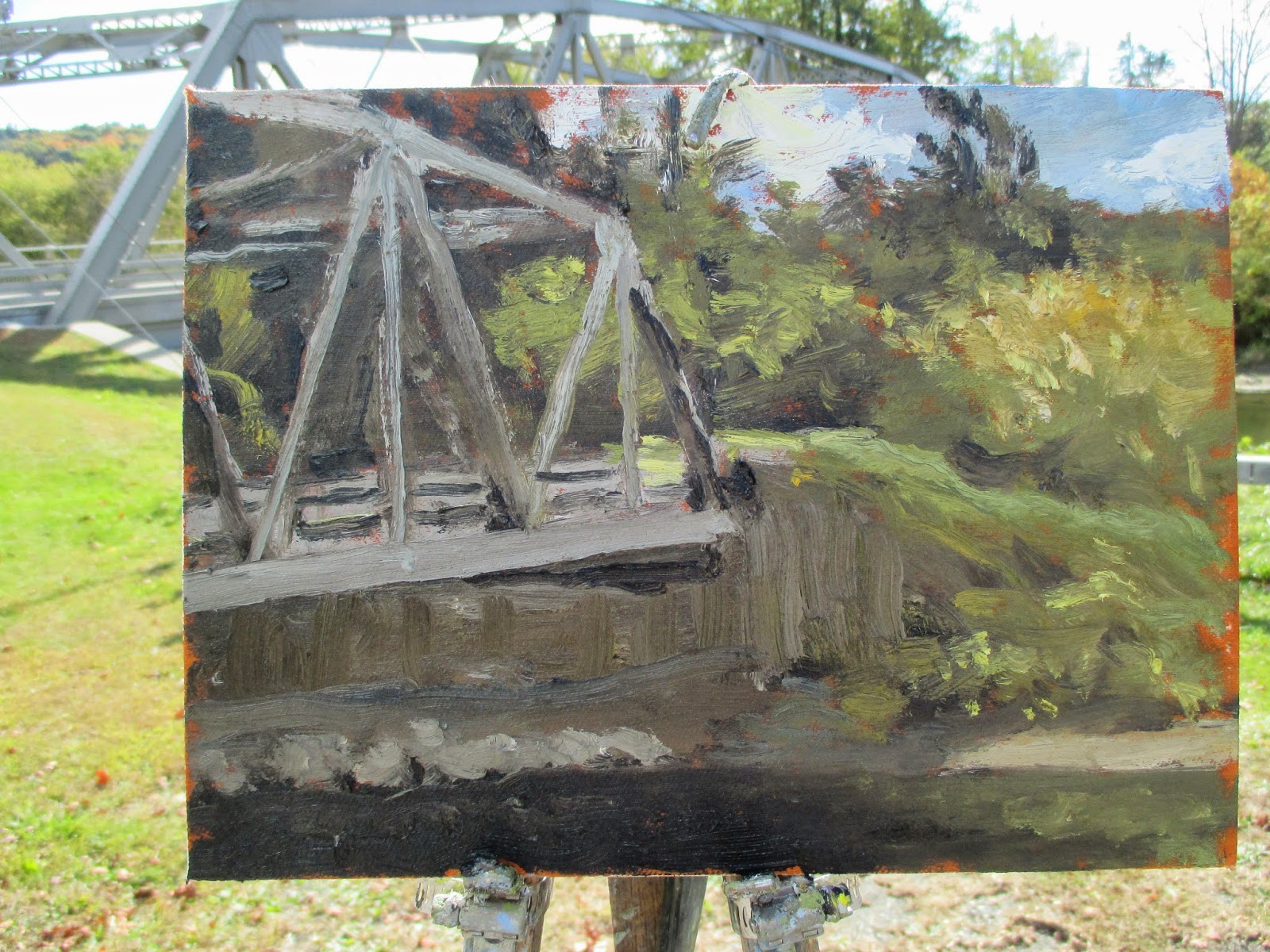 The name of the game was dark greys, the brightness was mostly defined in the sky and some of the bright light off the foliage. 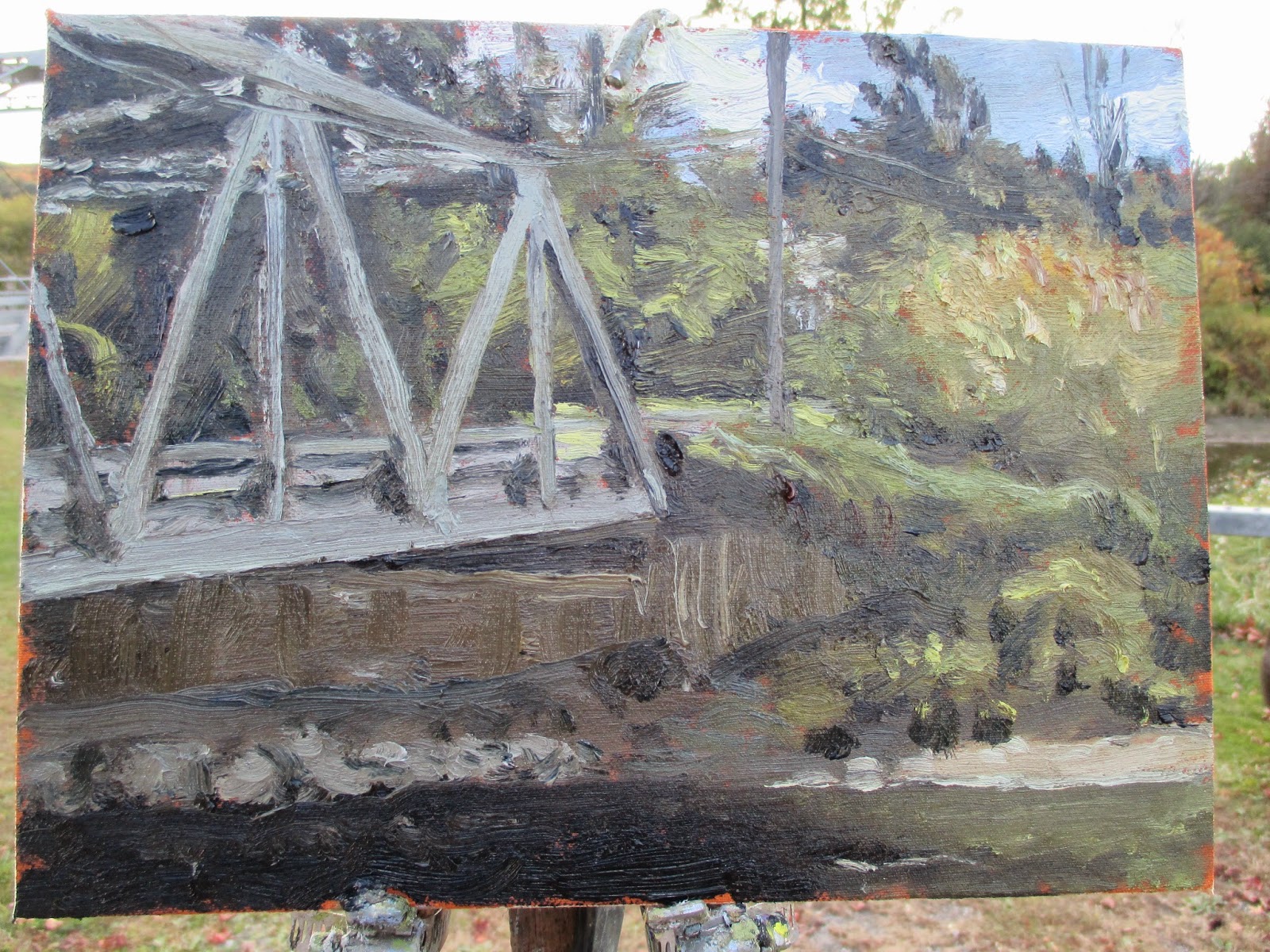 The scene looks completely different in shadow, as they all do, and by this time the wind had picked up to a point that I couldn't let go of the easel. 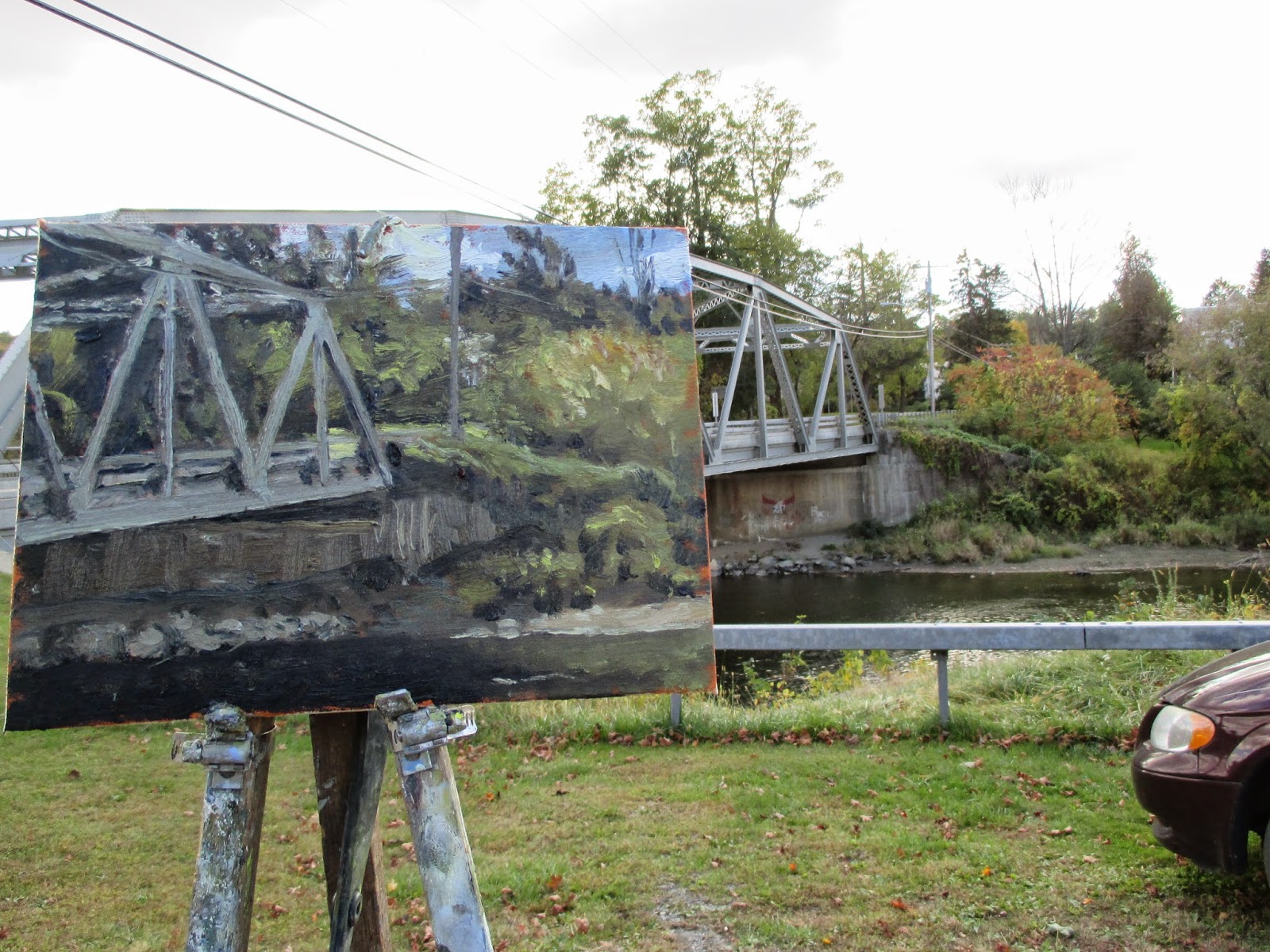 Not a terrible outcome, but the wind made the wrap up pretty much impossible.  I've  been pressed with some other real world tasks and find those distractions annoying, oh well such is life!