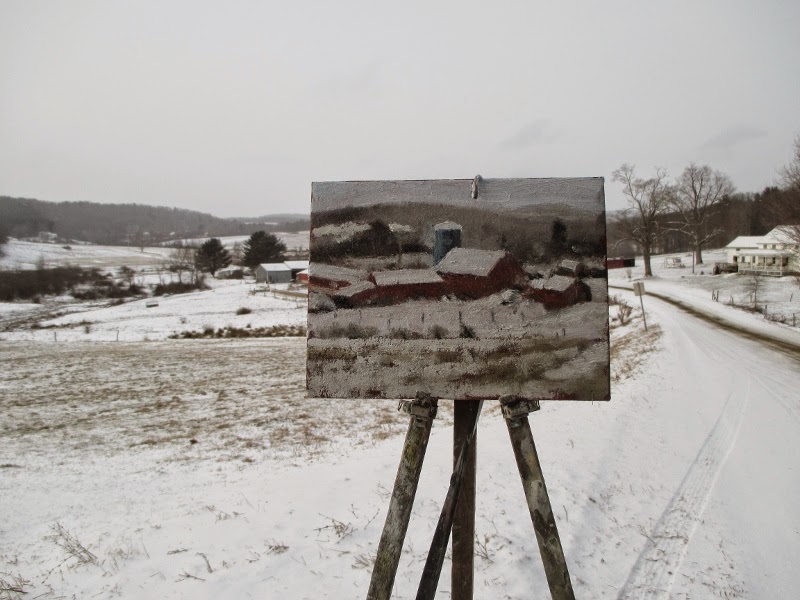 It was snowing when I started, but no wind, and that made a huge difference, this spot could have been too exposed with the slightest of breeze, but the roofs with snow on them made for a good composition. 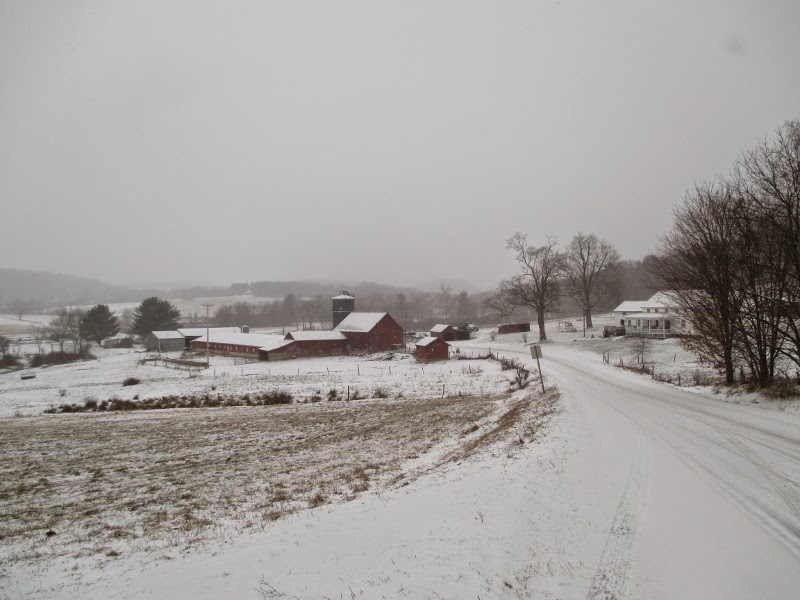 Here is the scene at the beginning, it's snowing! the farthest hills are all but obliterated, and everything recedes with proportional snowiness. 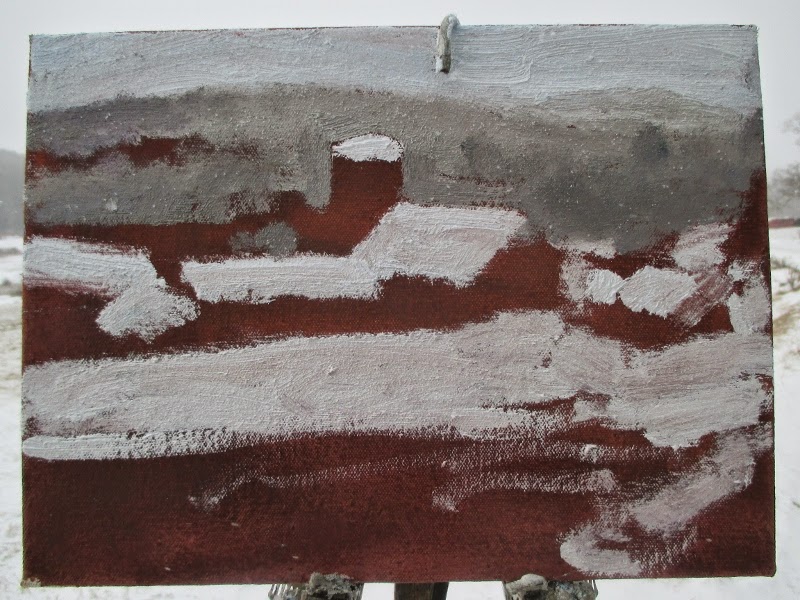 I got a handle on the sky and the snowy hills after I put in the snow covered rooftops, the lightest elements in the painting. 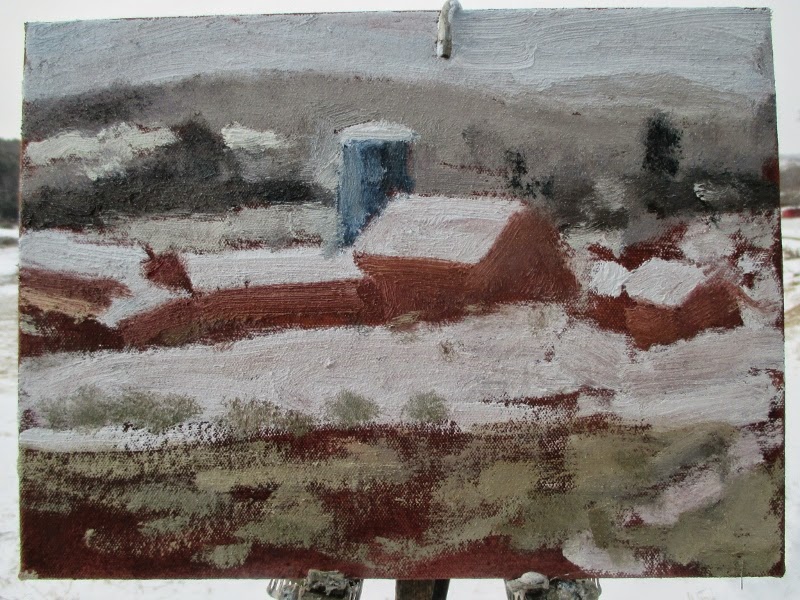 The panel has a fairly dark tone and even though cooler that previous tones I've been using, it's still a bit warm, but maybe that's good. 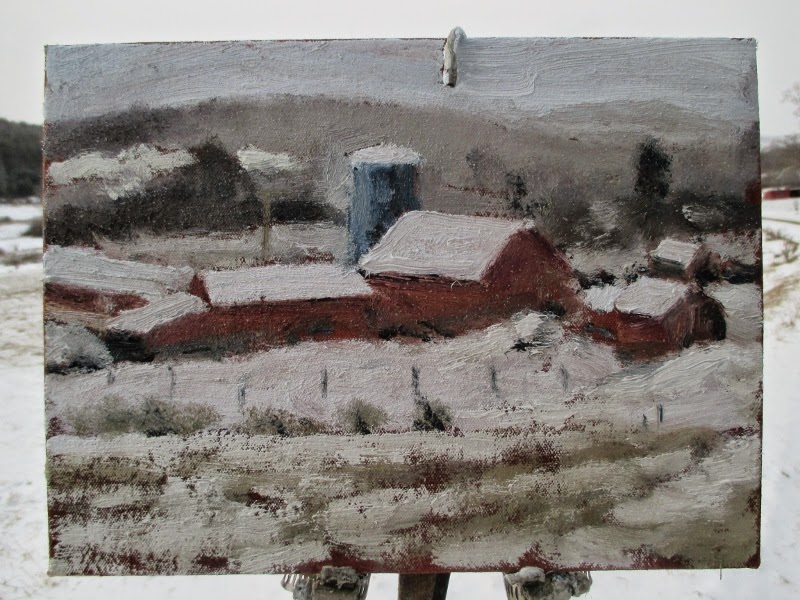 I finally opened up a pair of hand warmers for my gloves and they worked great!, next time I'll go for them in my boots too! 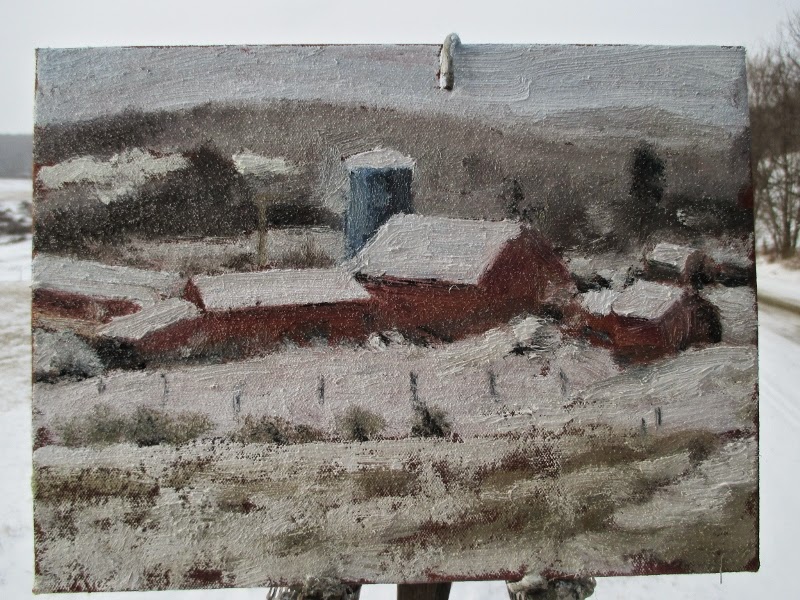 Here is where I ended up, I was outside for about 1 1/4 hours which is the longest in this temperature. My feet were getting cold, (next time I'll splurge on foot warmers too!) but I think I was done, if not fussing too much with the white of the roof tops. I don't like fussing. 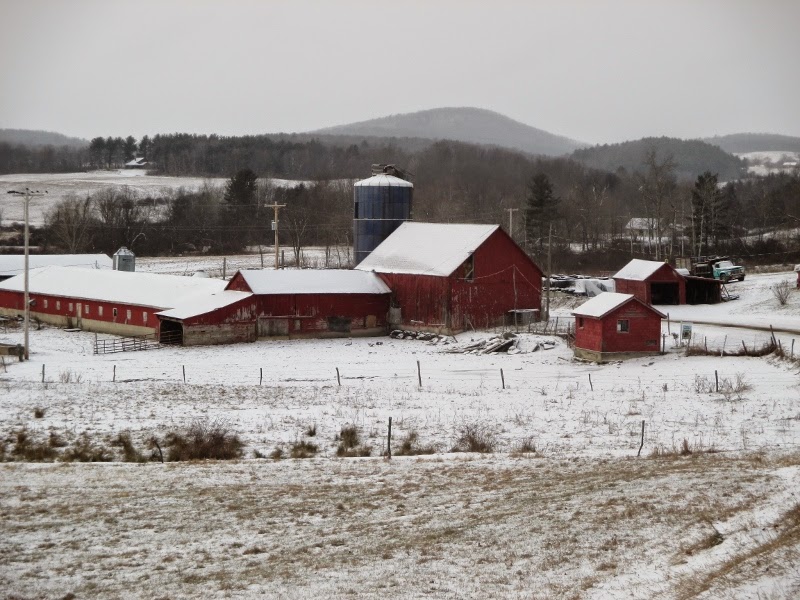 Here is the scene at the end, so much different, but I didn't feel compelled to change it: the sky with snow in it was there when I was there, and the dark places in the shadows of the barns were there too. 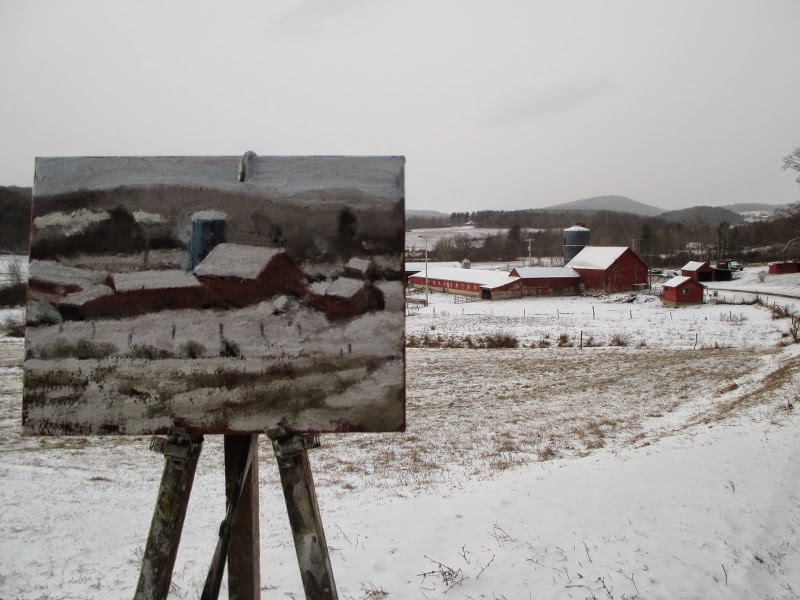 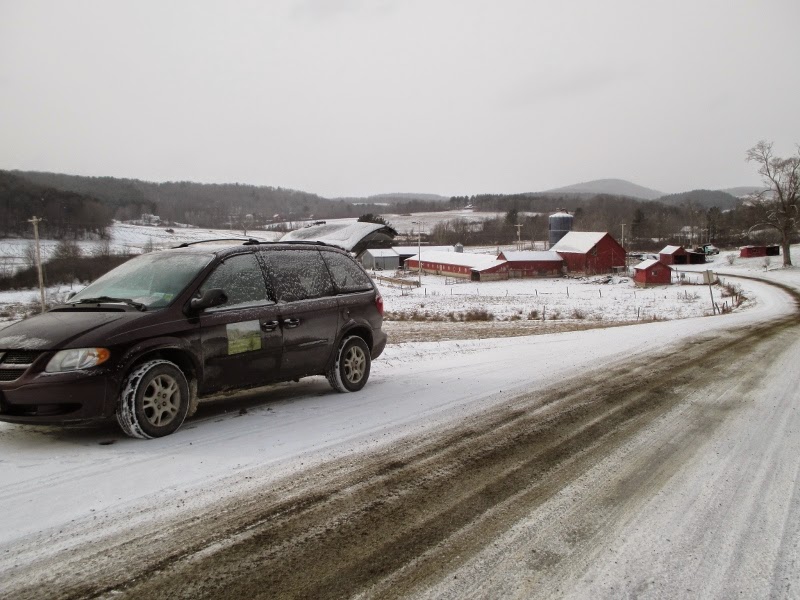 This is a favorite spot, and I chose it because I thought it would be safe even on a hill in the snow, a whole bunch of spots were out of the question today, the bigger roads were out. Still I stepped back when the plow came by..... 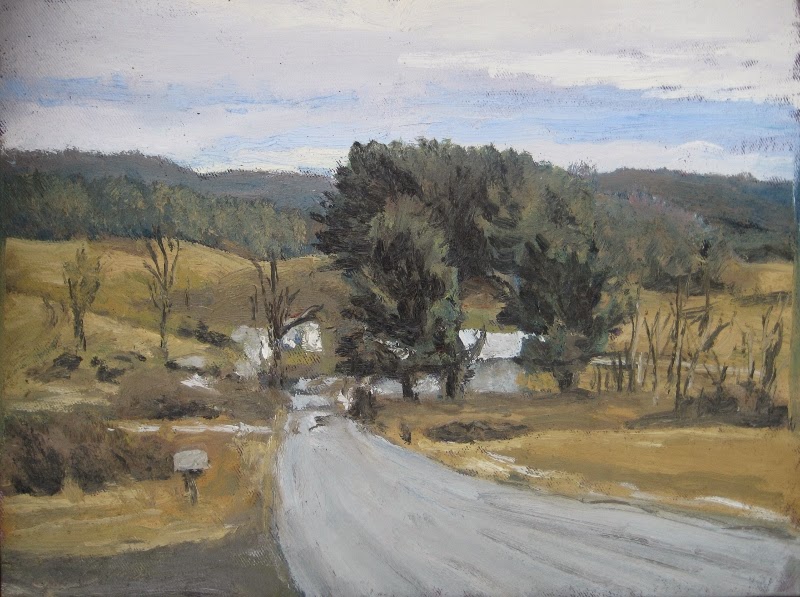 This is from just about a year ago, it's the same farm from the other side, down the road 1/4 mile or so.
Posted by Matt Chinian Painting blog at 1:38 PM