I went over to Vermont today to pick up some paintings and paint another, for some reason it was hard to find this spot. 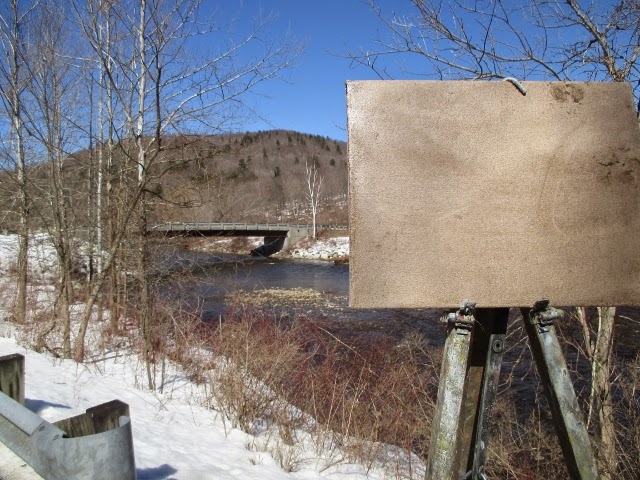 This is not 1/2 mile from the state line, and a road I've frequented. The sun was just delicious today, with the light making the hills all soft and fuzzy. Each day has a feeling for it's color, it's systemic, tomorrow will be a little different. 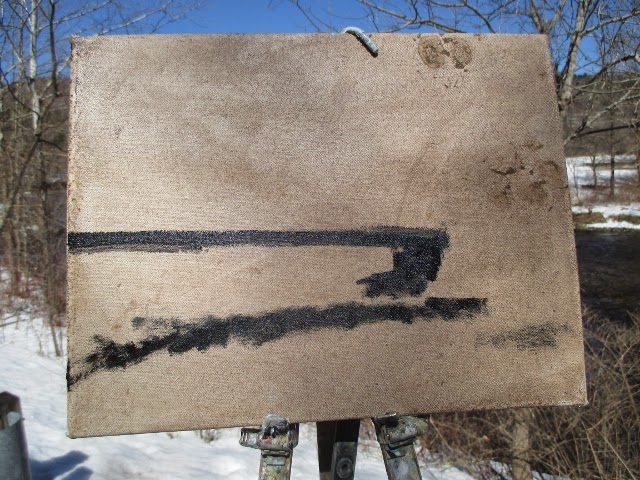 Mostly the scene was bright, except for these very dark shadows. 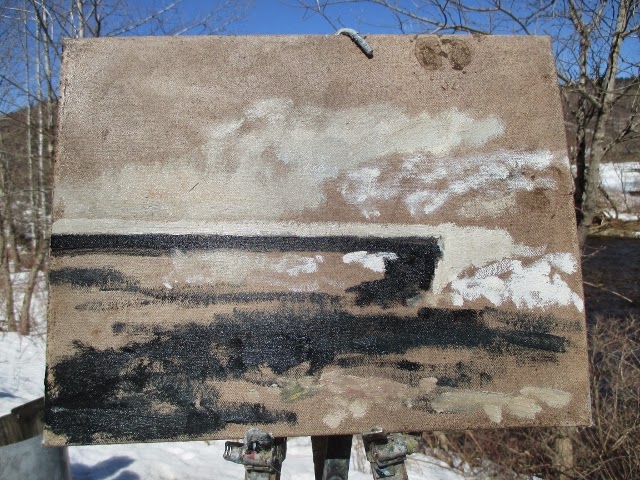 The water was playing tricks on me. 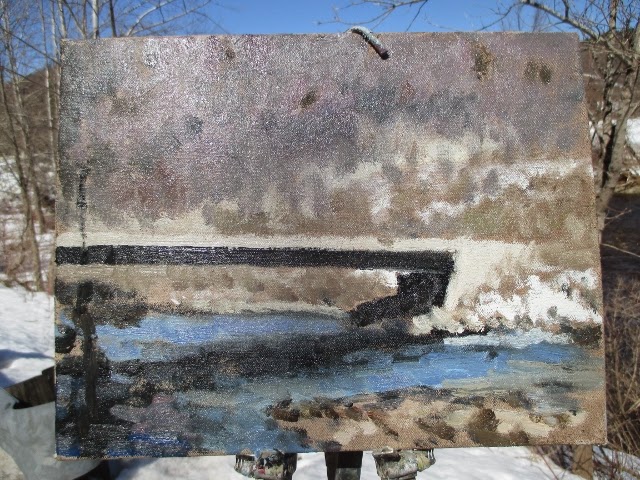 In certain places I would see some very deep blue and purple tones, but they would appear at times washed out, damn spot! 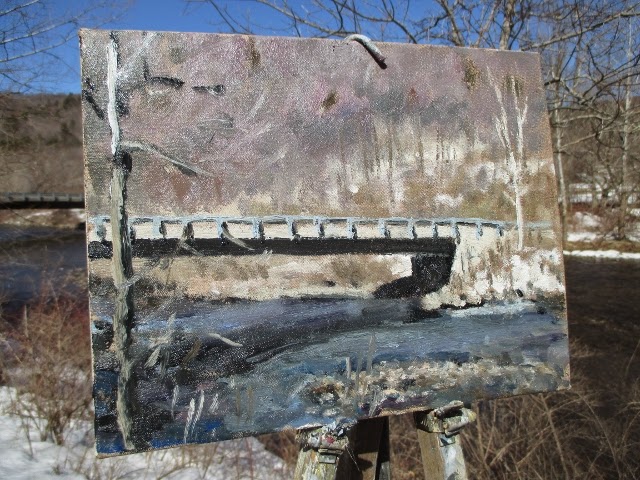 This is where I finished, about 1 1/4 hours, it was chilly, and I've started to "gear down" because I'm sick of being so bundled up.

The hill behind the bridge was just a mass of smudges. and the tone of it warm? cool?  it was a blur. 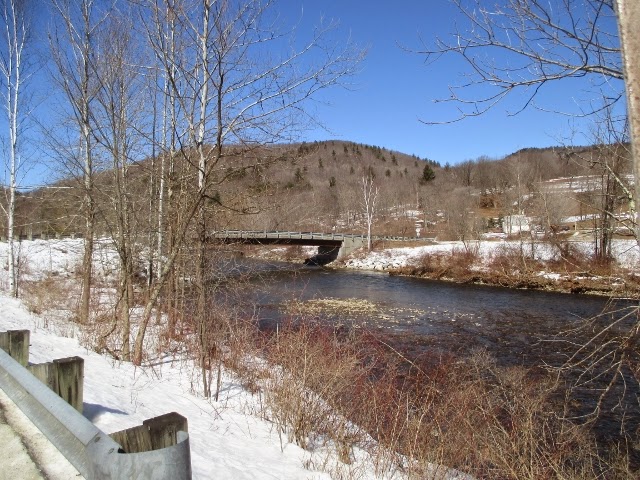 Here is the scene at the start, I think I liked the sharpness of the bridge. 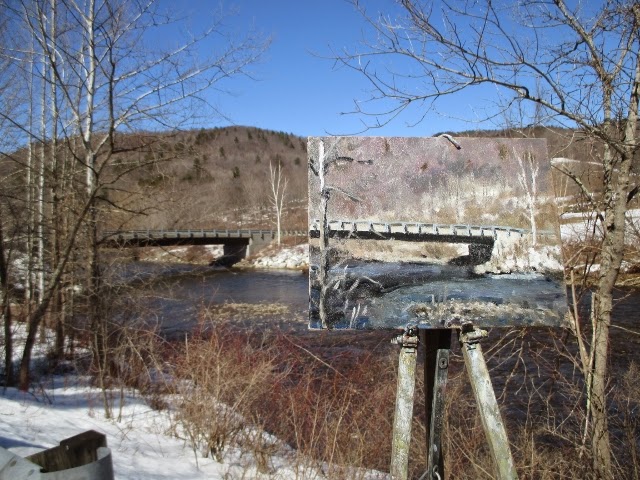 There was light shining on my panel, annoying, for sure. Maybe it mattered. 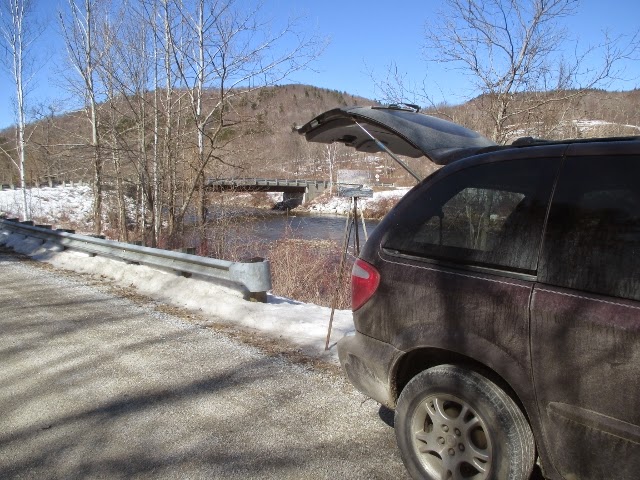 My kind of road; not much traffic.


I went to Vermont on an errand, and to pretend that I'm not burning fossil fuel for nothing, I figure I'll find something on my way back, I bought a map (I like paper maps) and a sandwich, and went looking.  Why then, in the midst of the most prosaic state  in the nation, (or certainly a contender for it) was it so hard for me to find this place? I often don't know what I want when I go looking and I think maybe it has to do with the Joseph Campbell quote from Saturday's post, The process of  searching for that which is "missing from my consciousness"  may take an amount of time I don't have control over, or maybe it's about making some kind of connection I don't know until I see it?  Is it surprising that I found another bridge over the Battenkill and painted part of it with the opposite shore? Is it that I found one of the least sentimental of  bridges (or structures) that I saw today? Maybe all of those things resulting in a process that humbles me, that lets me know not to take any of this for granted, that there is so much mystery in the endeavor of life,  and the best I can offer is devoted servitude.