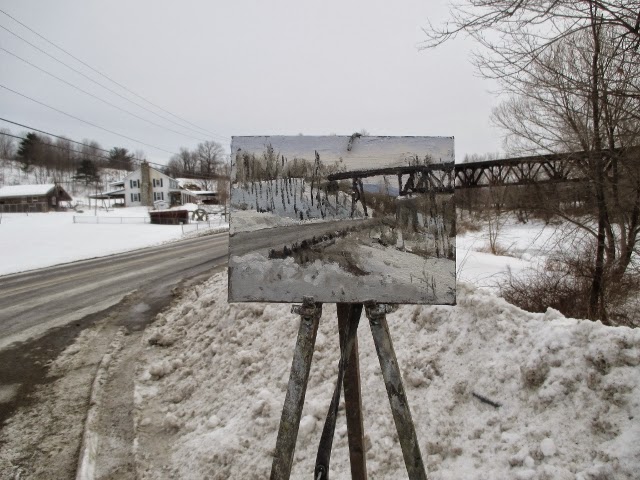 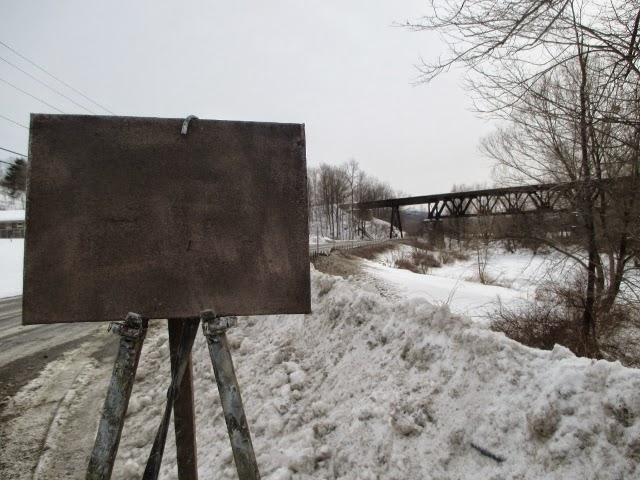 I tried to get out of the house before the clouds came but I was too late. Either way I knew I needed a metal railroad bridge. 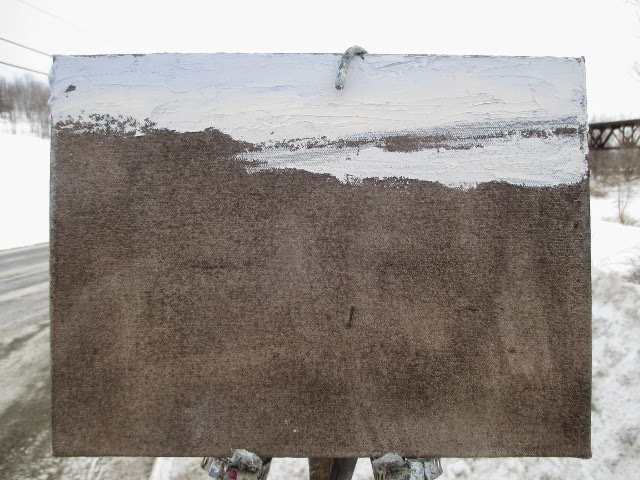 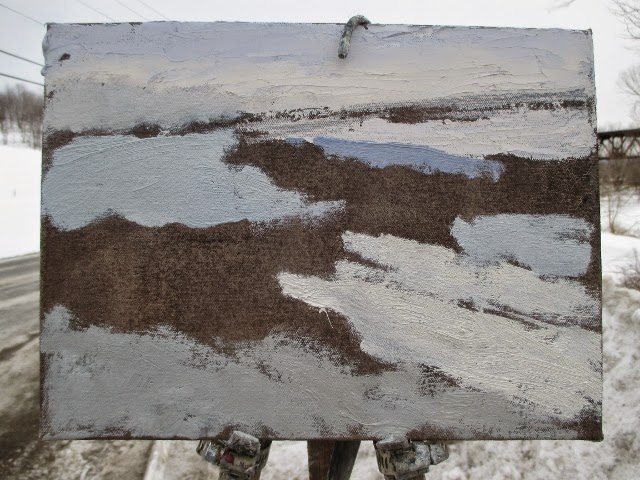 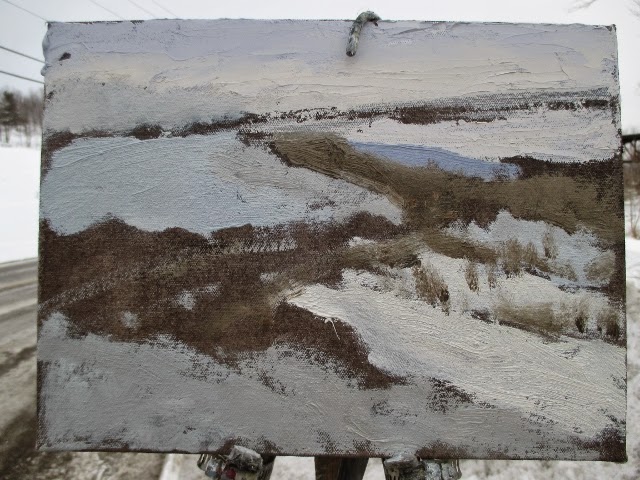 The "tone" was close to some in the scene. 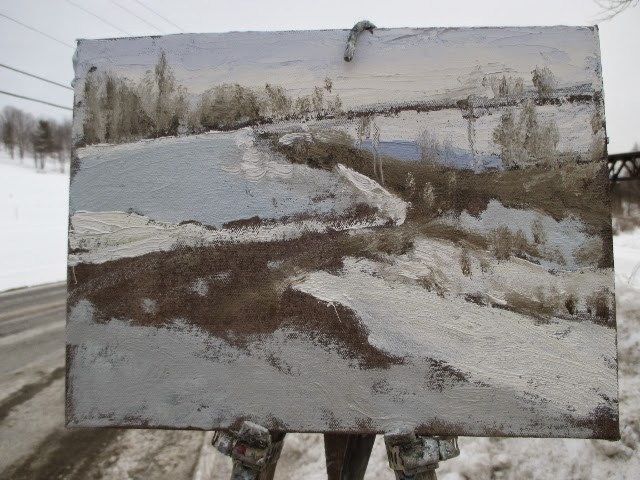 The composition was built right into this scene, I like that. 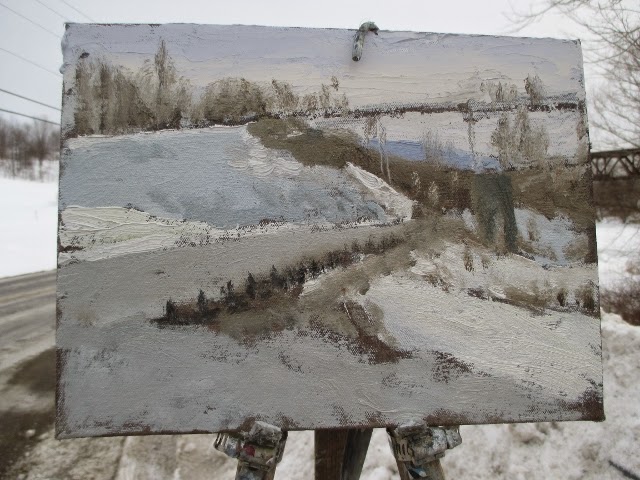 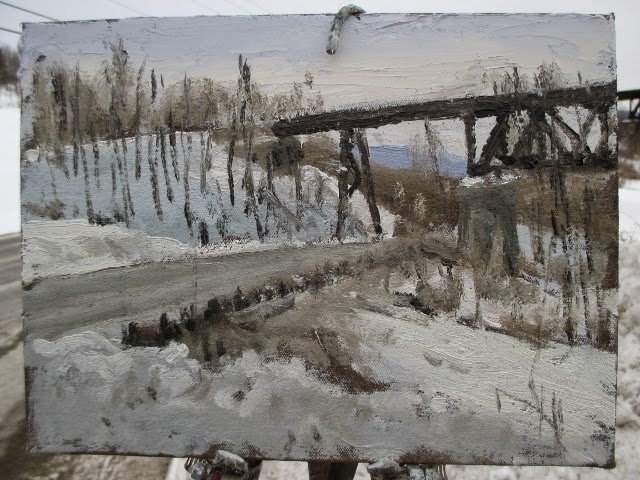 This is where I ended up. At one point there was enough light to put some dimension on the snow. 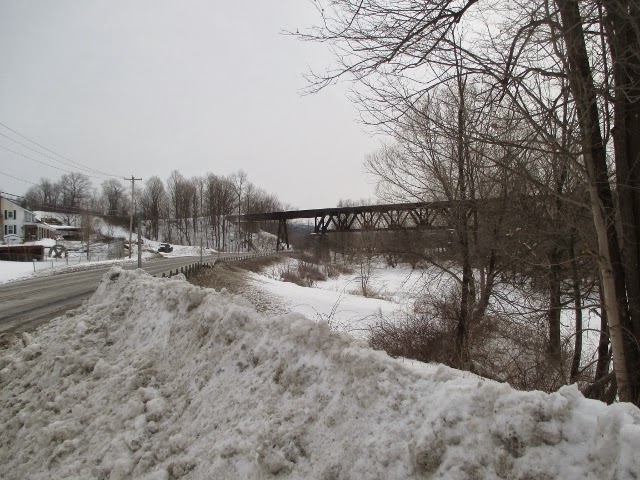 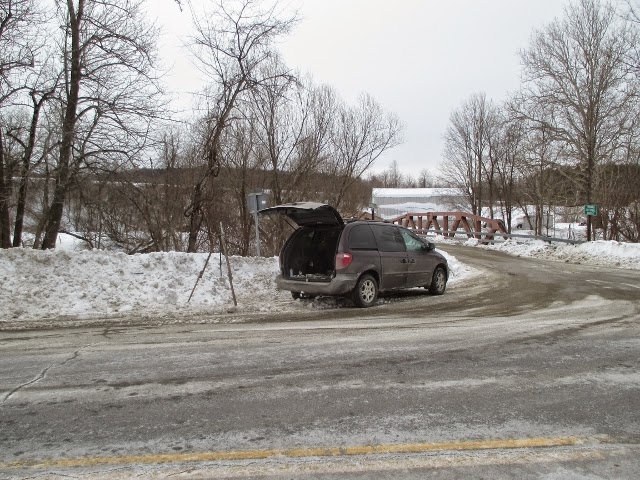 I usually try and stay off the State routes. the traffic just moves too fast, but this spot wasn't bad. 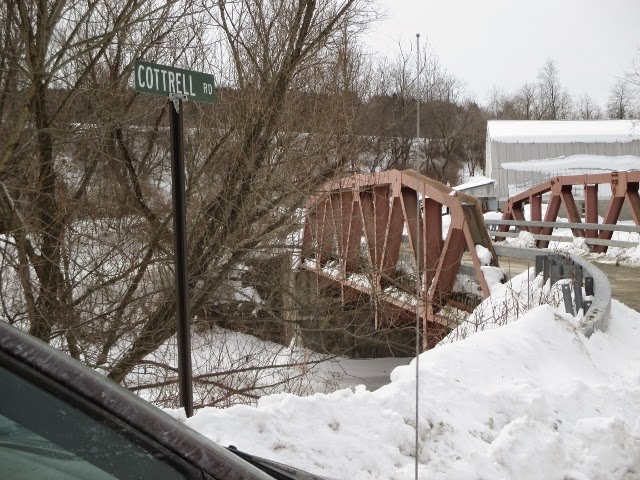 Much of the choice in deciding this spot was finding a good place for the van, not easy with so much snow around. 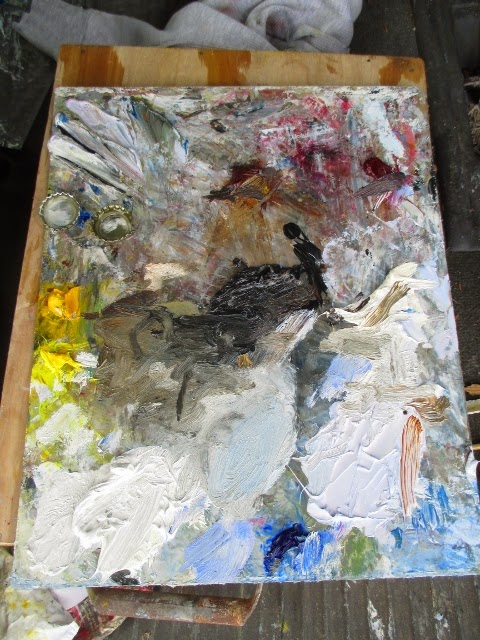 My Pallet.
Posted by Matt Chinian Painting blog at 2:10 PM