The vision quest: Joseph Campbell got it right! 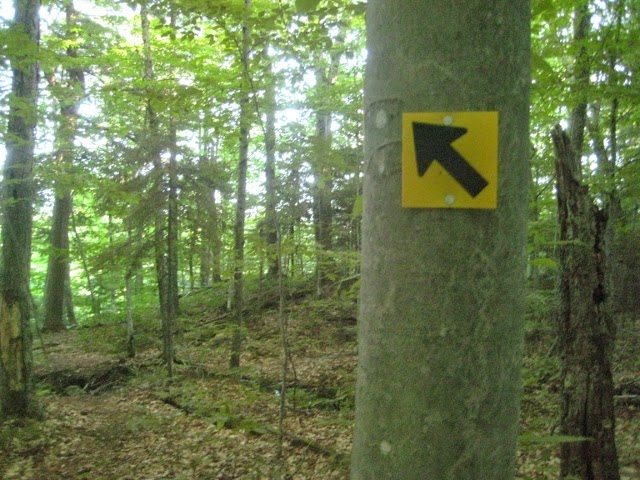 This was taken on July 5th, 2014, on the trail to Bill's Bald Spot, overlooking Big Moose Lake in the Adirondack Mountains. I chose this to illustrate this post.

I've been wanting to describe what it is I do: battling dragons, saving the world from destruction, etc...but words are not my thing, then I found this quote. It's from the Bill Moyers interview with Joseph Campbell; I'm not unfamiliar with it, but yes it works here, below that is the link to the web site I cut and pasted it from, there is a lot more material and it's all great, so I'll let it go from there and prepare for my next chance to go paint.

Campbell: There's a certain type of myth which one might call the vision guest, going in quest of a boon, a vision, which has the same form in every mythology. That is the thing that I tried to present in the first book I wrote, The Hero With a Thousand Faces. All these different mythologies give us the same essential quest. You leave the world that you're in and go into a depth or into a distance or up to a height. There you come to what was missing in your consciousness in the world you formerly inhabited. Then comes the problem either of staying with that, and letting the world drop off, or returning with that boon and trying to hold on to it as you move back into your social world again.

Posted by Matt Chinian Painting blog at 9:53 AM