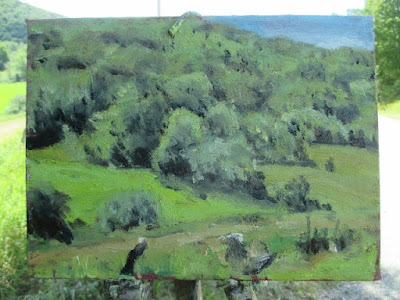 This was the first of three done yesterday. 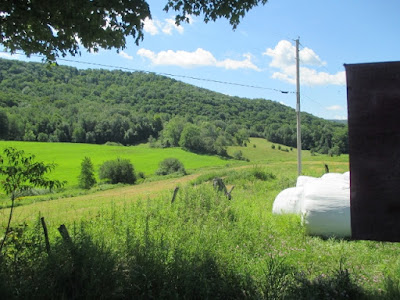 There was a morning meeting and clean up at SAW, after that I drove around and ended up in Vermont, on a dirt road, up a hill. 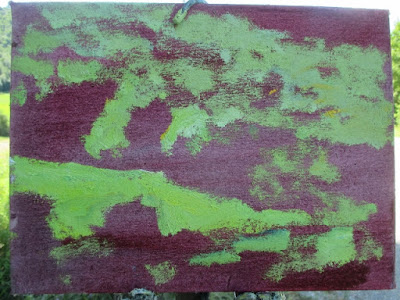 There was very little sky, and of course not water or reflection, so the light had to come from the green. 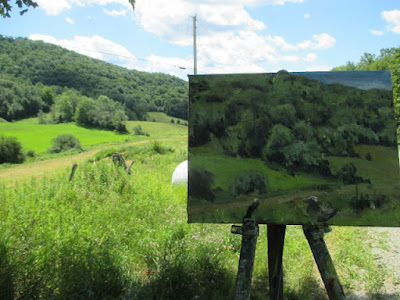 I might have included the telephone pole, but I didn't like the marshmallows, so didn't include them. 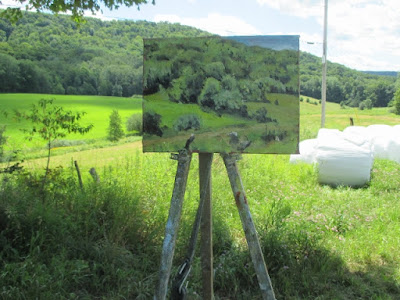 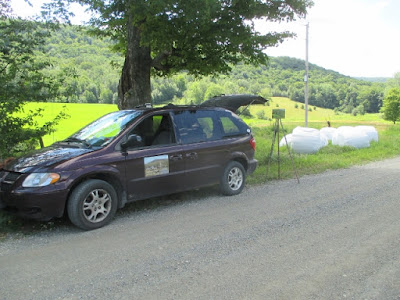 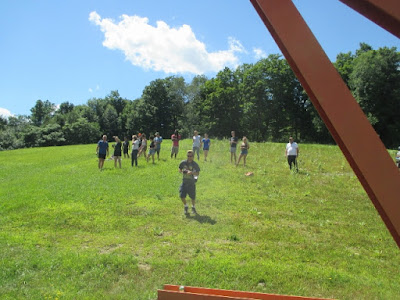 After lunch we went up the hill to take pictures. 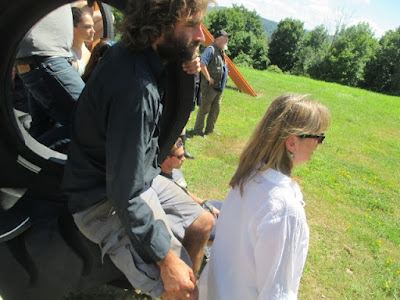 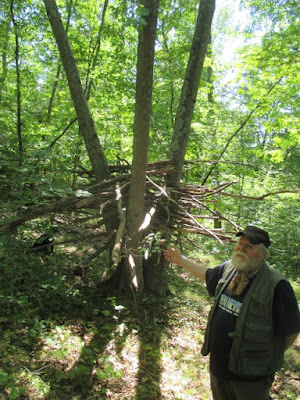 This is Rudi showing us his work in the woods, after dinner we would visit all of our studios just for a short introduction. This interaction is an important part of Salem2Salem, and I'm missing some of it by living at home and not at SAW, but such is life and I'm thrilled to be as much a part as I can. 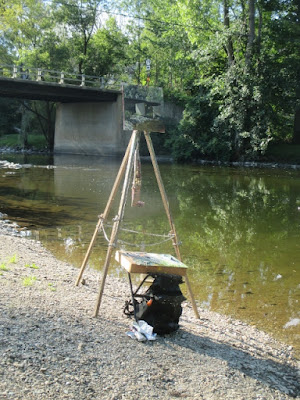 After the trip up the hill. Where else to go but the river? Here I'm along the battenkill, at East Greenwich and the bridge that's county route 62. 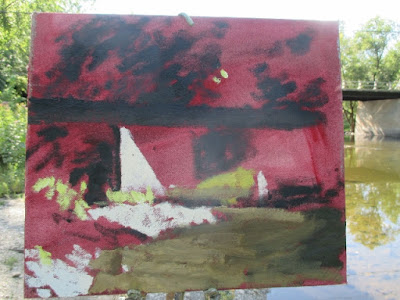 The painting got a weird start. The triangular light shape is sharp and defined while much of the rest is amorphous. 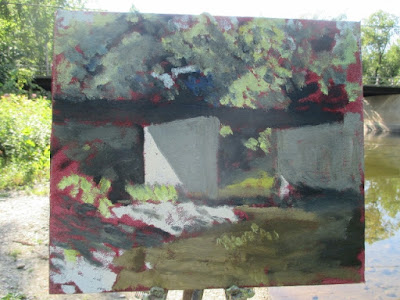 I continued on without a real handle on things. 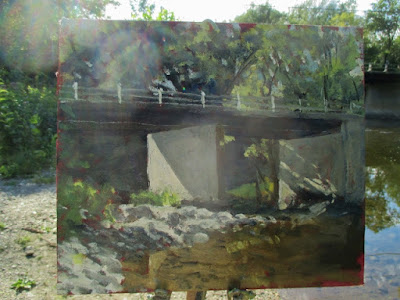 Here is where I ended up, some how I managed to save it. 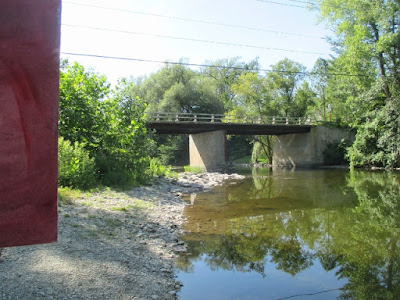 This is the scene at the start, the light didn't change that much. 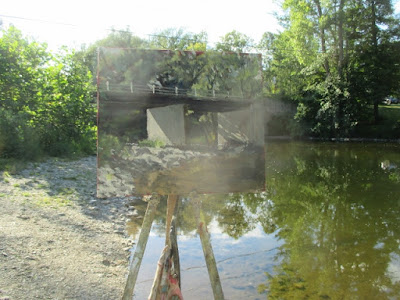 The "Money Shot"  sorry about the glare. 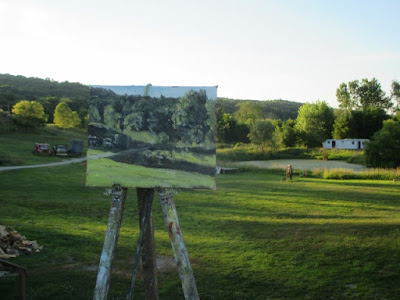 I had an hour before dinner and set up right outside barn 2. 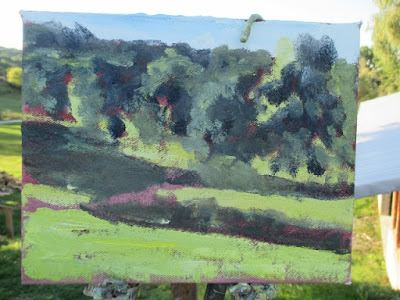 When the light starts to rake over the landscape, there is still a lot of brightness, that bright light, pushes the darks down, a few minutes later, there is less light, and the darkness in the shadows looks more like a middle tone. 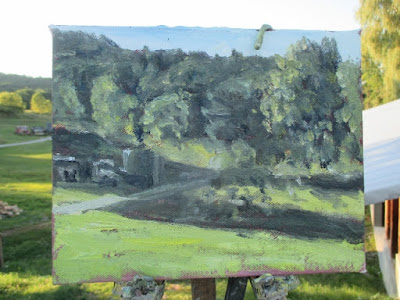 I didn't want to lighten up the darks too much. 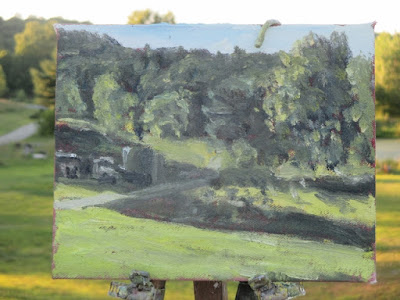 I also wanted the brightness off the illuminate trees. 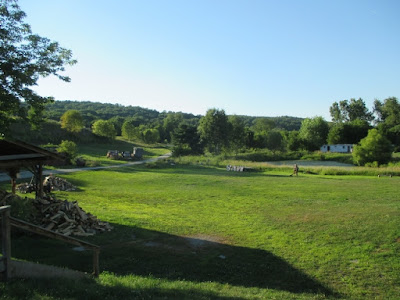 The scene at the start. 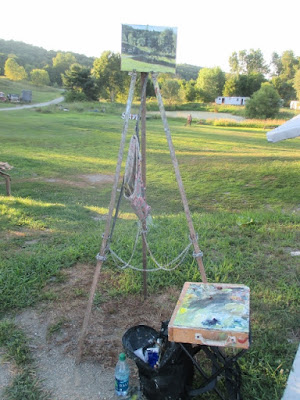 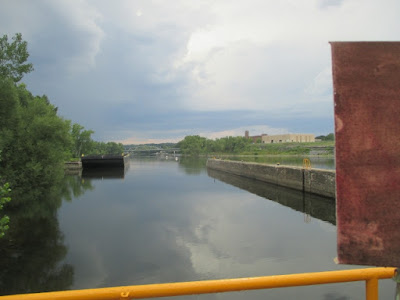 Today was one of those "have to" days, the van was in the shop, Hope needed to be picked up.  I also found a new spot: Lock 3, Mechanicville. 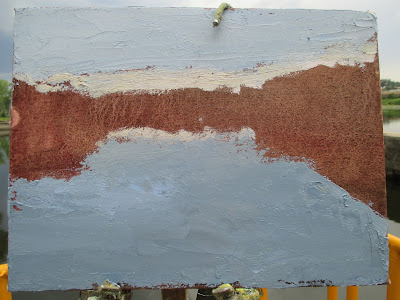 I actually got a good start. 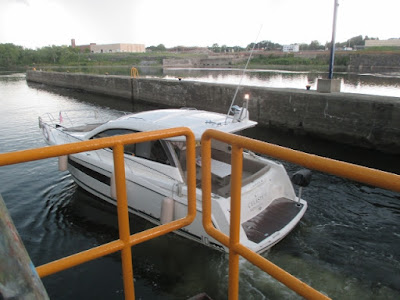 The lock in action. 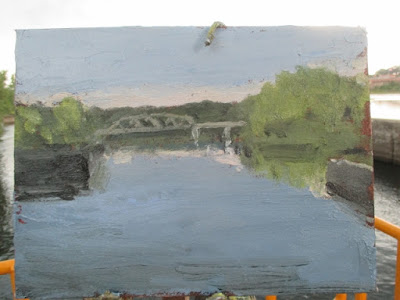 I stopped here, not because I was anywhere near, but because a thunderstorm came. 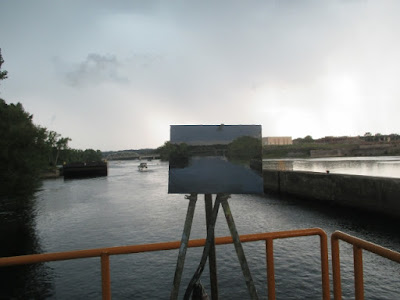 The light changed dramatically just before the weather.... 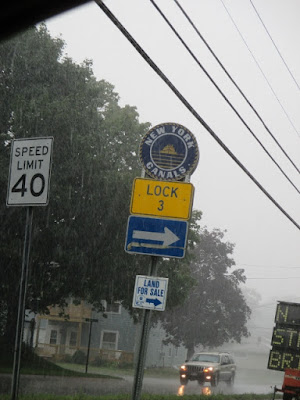