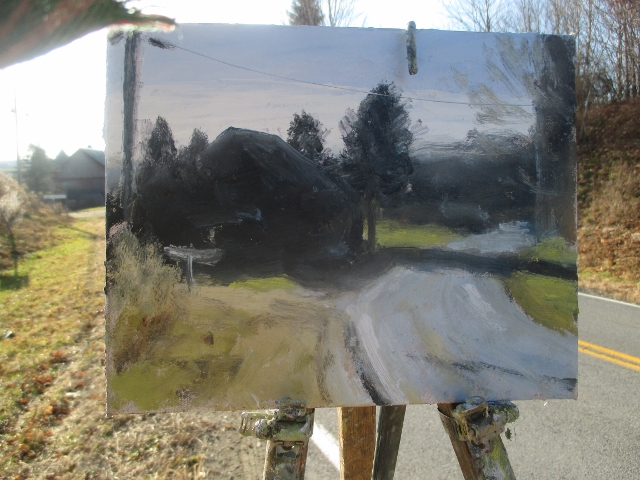 This is Center Cambridge road, just before Center Cambridge,  like usual it took me a while to settle on this spot.  but I'm glad I did because I liked the brightness of the sky and road contrasting to the darkness of the barn.  I also liked the road both what it does formally as well as metaphorically.              We are addicted to moving, going to somewhere better, or maybe just different, we're leaving too, the past, our former selves.  These are constructs we have created as a modern industrialized society, they may work or they may not, we don't seem to like sitting still, even if that's just what we really need. 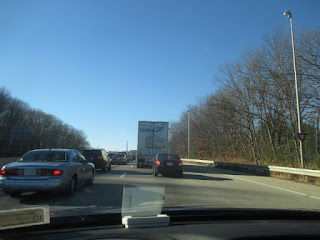 I was stuck in traffic yesterday on the Mass Pike, returning from Newton, my Mom and Dad and a reunion of Claflin Elementary School, 6th grade class of 73'.  Some kids I've known since kindergarden, 1966. That's almost a half century.       We seemed to have lost track of each other,  Jr, high had 4 times as many kids, followed by Sr. high and 4 times that number.  In elementary school we went from being 5 to 12 years old; probably the most important place and time for social development next to our own family's.  It was almost surreal be part of this, and I'm still in wonder of it all.  We tend not to look back, we  discover new places and form new relationships. Seeing classmates from such a tender age, I realized how we are still the same kids we were so many years ago. We've gotten advanced degrees, married (or not) had careers, children (or not). I'm sure life has given each of us trials and tribulations, highs and lows, two of us have passed away.  Yet through all these years we are the same people, and we made it, maybe a little worn around the edges (speaking for myself), but we made it, and we are still the same kids, and that's pretty awesome. 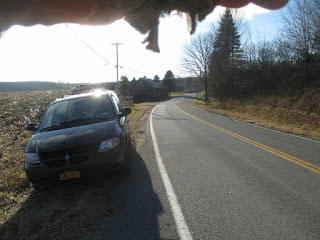 Here is the scene from today: just stopped along the road. 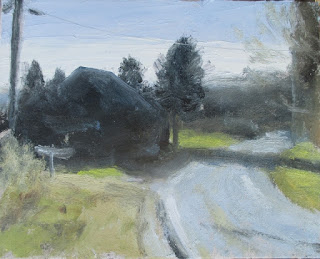