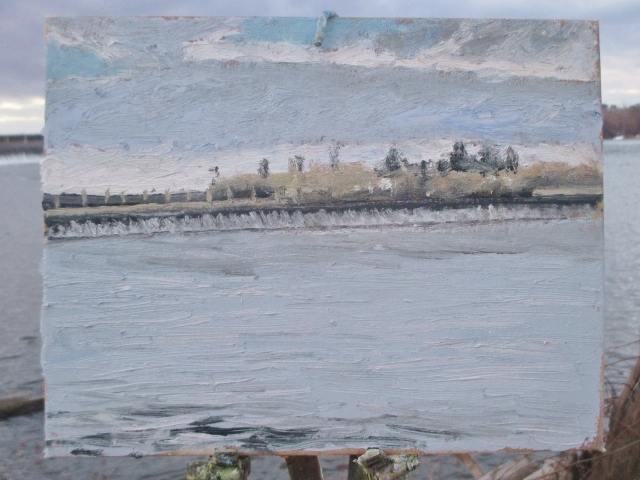 This was yesterday, it was still warm.  I drove a bunch of kids; Hope and friends to a birthday party in Albany, so after I dropped them off I drove up to Cohoes to find a place along the Mohawk River.  It was just my kind of place:  public access to the waterfront, in back of the u-haul truck rental lot and a row of neat modest houses. Nobody was out. 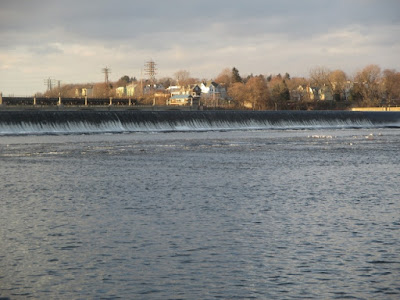 The light would rake across the far hills, the bridge and reflect of houses and stuff behind the dam, it would alternately go into shadow. 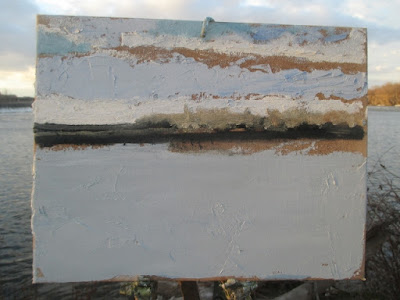 The sky would change a lot, but it's the light and shadow on the middle ground hill that tells the story. 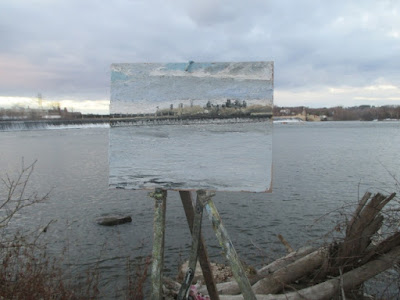 The "Money Shot" from the day. 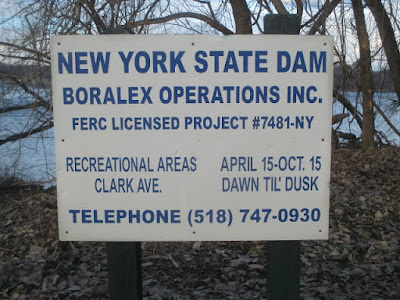 Just my kind of place. 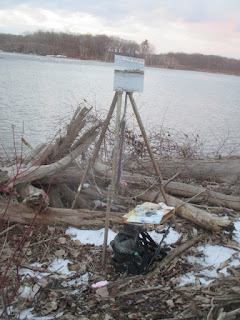 This place was a quiet spot in a busy city.  I still can't, don't or won't paint in places that are popular, I'm not sure it should even matter to me, although there are good scenes that I' thinking I'd like to paint.


Today I went and packed up the show at Southern Vermont Arts Center. Not one painting sold, I thought I'd be OK with it, considering that I did well at home, but ending a show that takes as much time and money as this, with no sales is a drag. As much as I've gone through this and as many positive outcomes that I've  had recently, it still feels bad, and it still takes a bit to dust off and pick up the pieces.   There was beautiful light this afternoon, and I just couldn't get out into it, yes it was hovering around 10-12 F  but that hasn't stopped me before.......tomorrow.
Posted by Matt Chinian Painting blog at 3:24 PM