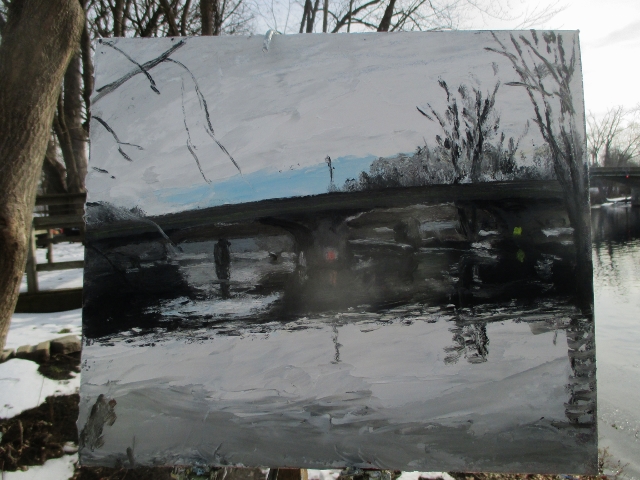 I wanted a big river to paint today, so I headed up to Fort Edward, about 1/2 hour drive north of Cambridge, and went strait to the waterfront, Underwood Park, to be exact.  It was hazy but surprisingly bright, and this created a pretty much monochromatic scene.  Mostly I wanted the black, somehow the water reaches a dark unlike scenes without water and I got that with this scene. 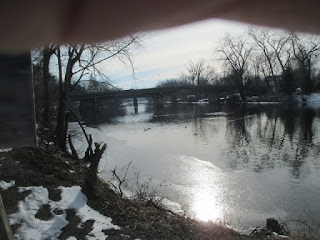 The scene at the start, just before noon. 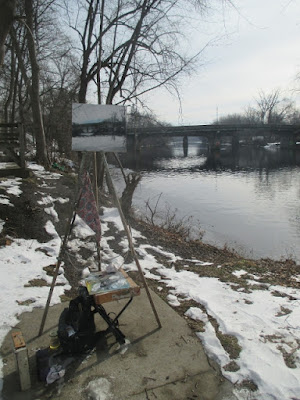 Half the battle is finding the place to paint from, so I often re-visit places I like, and if the light is right I'm there.  Today I had a nice piece of dead-end sidewalk, and the light was sublime. 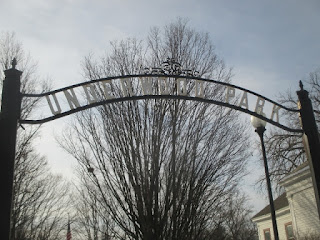 The park entrance along rt. 4 in Ft. Edward.