Plains rd. up close and personal. 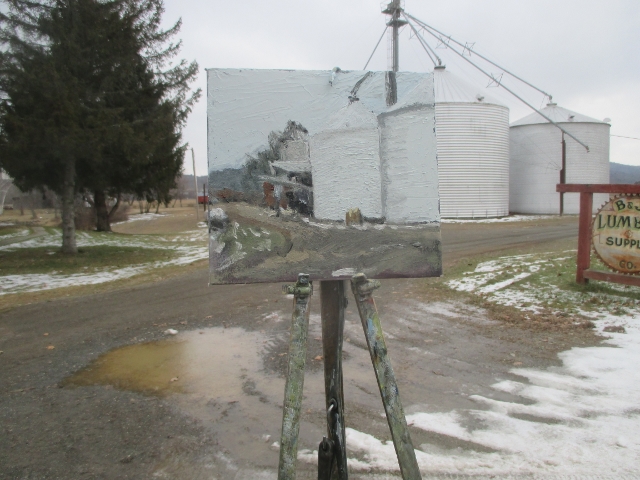 There was a little sun earlier but I wasn't fast enough to get it, so while driving around I liked this grainary because the reflective quality of the silos warding off the greyness of the day.  I've painted them before, but never this close,  and am essentially in the driveway of the place, but there was nothing going on, so on a busy day I might have been in the way.  Usually don't get that close to stuff, and it probably shows, the drawing of the silos is way off, and I just could not get a handle on the texture of them, but I pushed myself out of my comfort zone, by just a bit, and that's not a bad way to start the new year, even if the painting isn't what it could have been.  Next time. 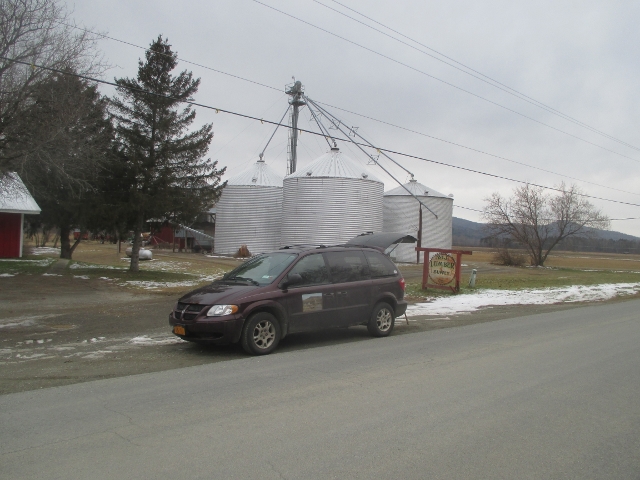 My spot, maybe I should have been across the street, but there wasn't much room to park there either. 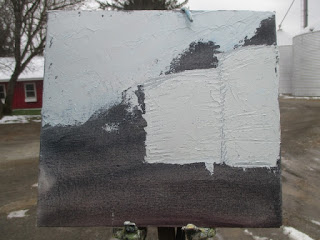 I liked having a lot of light, and a little dark on the canvas, it is a grey day afterall. 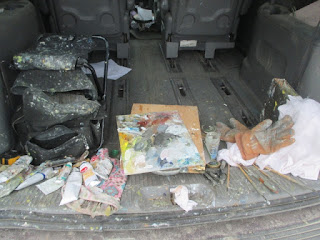 It's like my own mobile studio,  and the temperature  was comfortable, I probably could have stayed longer and fussed with it some more, but I just can't seem to change my ways, if something isn't quite right the first go around, fussing doesn't usually help. 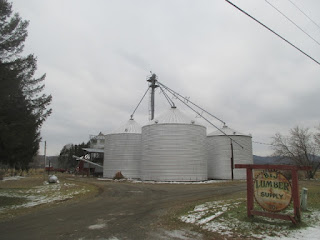 I have an aversion to painting "portraits" of stuff in the landscape, although this should have been an exception, I was too close, or had too small of a panel. 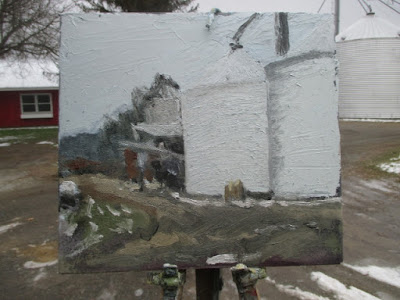