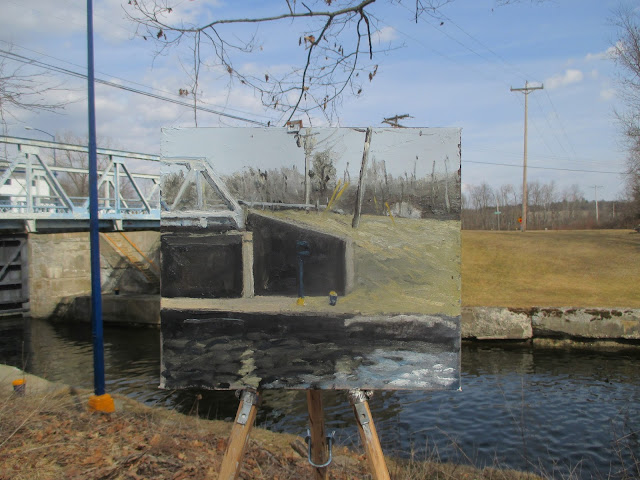 It was unusually warm and sunny yesterday, and I had a standing challenge on to re-visit this site. Lock #6 of the Champlain Canal, along the Hudson, in the southern most part of Ft. Edward.  I'm not convinced that I satisfied the challenge.  The site has a lot going for it, the river and canal, with the lock, the road bridge, and the pump house.  There are really too many "things" here competing to be the subject, and I thought I dealt with that by focusing on water, embankment and the bridge.  The shadow, inescapable at the start  was soon to disappear, and I knew it but went ahead anyway.  There are lessons but the strong graphic quality of that shadow and the light really makes the painting, and I take total responsibility for that, it's a theme I want to explore so abstract and  (potentially) powerful.  The failure as I see it was going forward knowing I would only have a few minutes with the shadow before it disappeared, I got the shadow and some of the brightest lights in, but when the light changes, and changes so dramatically there is no real way to fake it with, or in, the other areas of the painting: the "other" parts are so fundamentally different That the whole scene cannot be  rendered as a whole.  That's my story and I'm sticking with it. 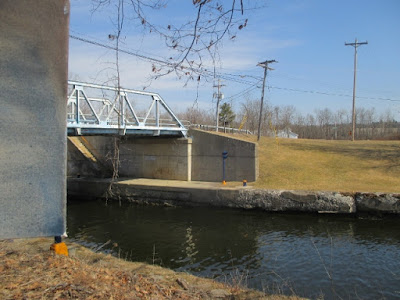 My scene at the start. 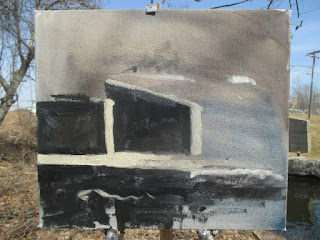 Squinting gave me this much darker shadow, and I liked it. 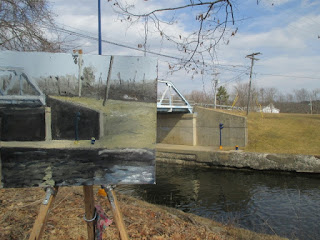 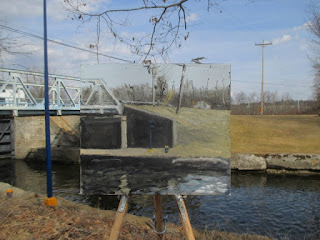 Posted by Matt Chinian Painting blog at 6:34 AM