2 blue houses, 2 new spots, a church and an election.

This was a week, as they say. 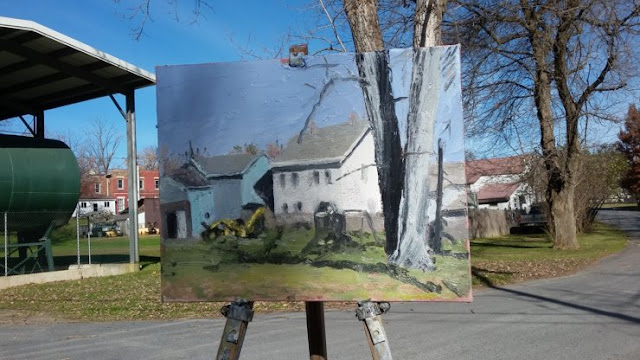 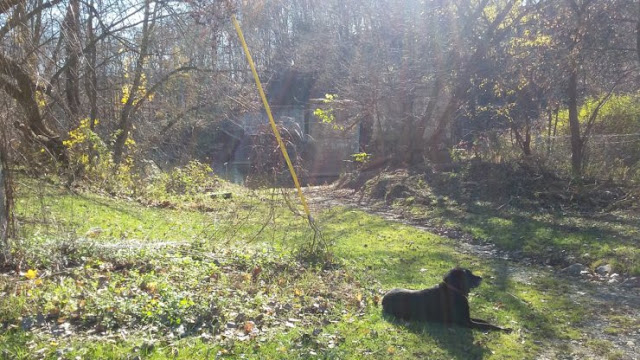 I came to this place because there is access to the Battenkill, with old rail road piers in the water, and because Ollie was with me and he loves the water! 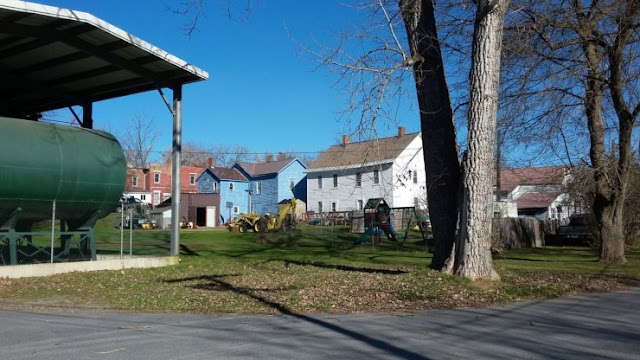 The light wasn't right for the river scene, but when returning to the van I saw this.  A back lot view, with light on the blue house. 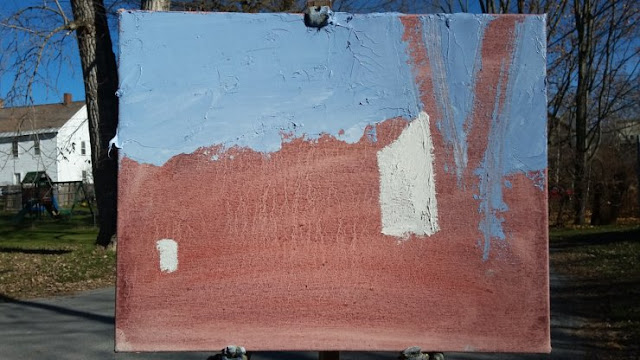 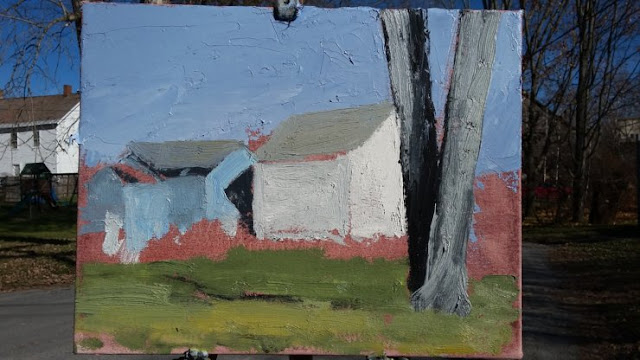 Most everything is blocked in. I didn't get a good end shot.

On grey days, and there are a lot of them in November, I've been working on my new studio, and getting ready for my "Grand Opening", more on that later.  Last Thursday I drove up to Salem, NY, it's the town just north of us on State Route 22.  I couldn't help being transfixed by this scene, right at the traffic light (the only one in Salem). 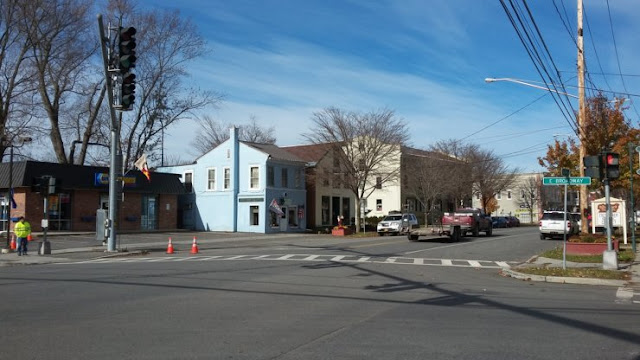 Broadway and Main, there is probably one in every town in America. 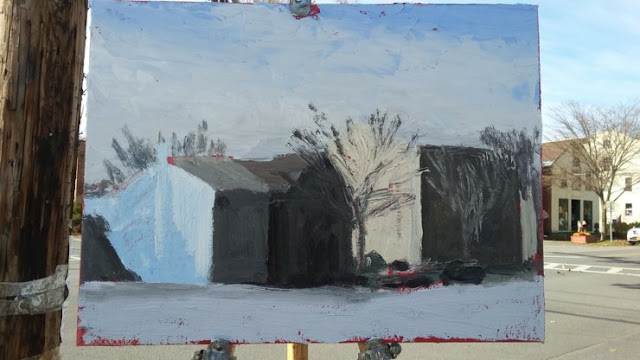 I was feeling like the buildings were too large and I wanted to move farther back, but that wasn't possible, I was also concerned that there wasn't "a way out", that is the viewer is blocked by the buildings to (metaphorically) get out of the scene, I guess one could go down the dark ally or between the other two buildings. 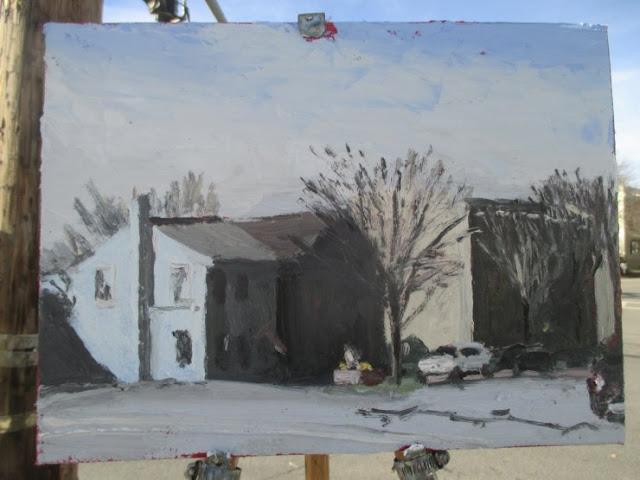 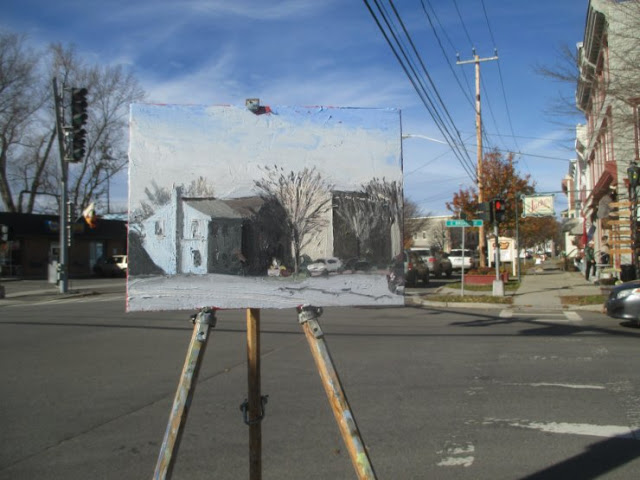 Tuesday, November 8th, if you remember was election day. and of course I voted.  I'm also a custodian and courier for the Board of Elections in Washington County, a very minor job, but one I've done for a few years now (10, 12?)  anyway after I cast my vote, but before any results were in, I went out painting: 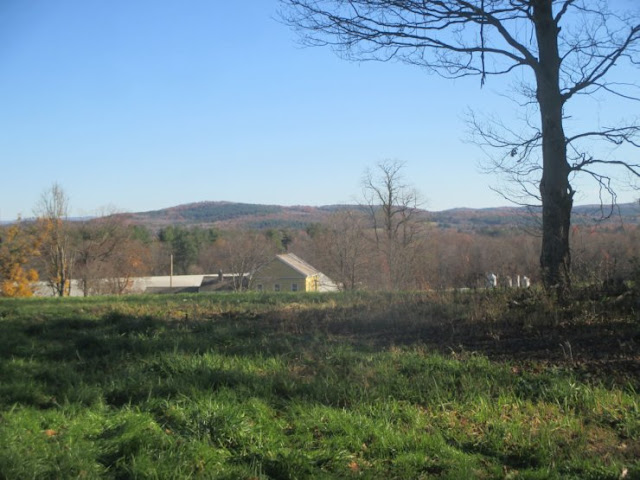 A short while ago I was painting in the neighborhood, and met the farmer and owner of this property, He invited me to go up this farm road (a path between fields) to see the view. 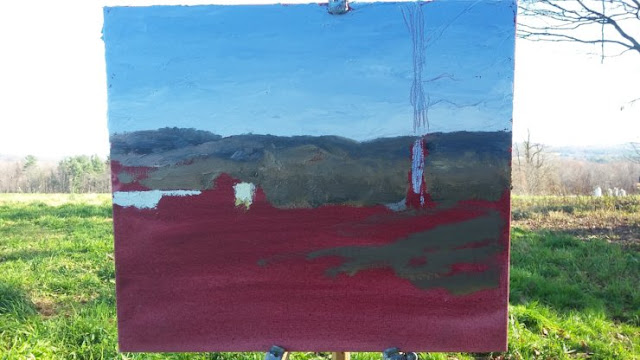 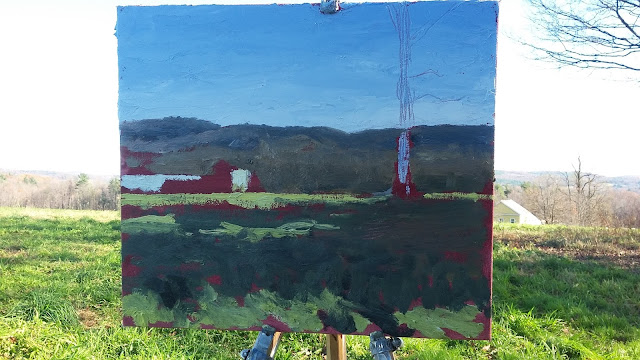 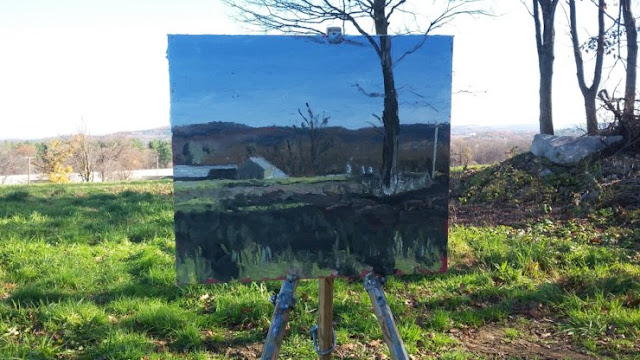 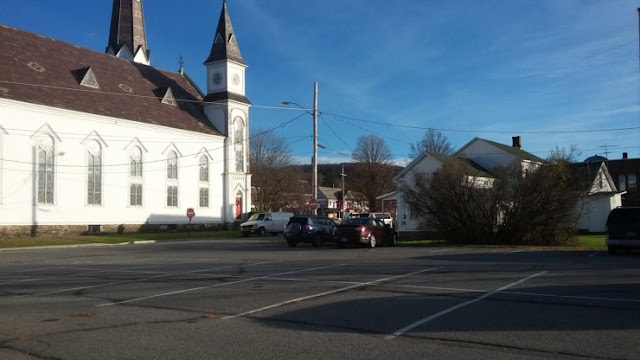 Later in the day, I went to a familiar spot in the parking lot of the Presbyterian Church. 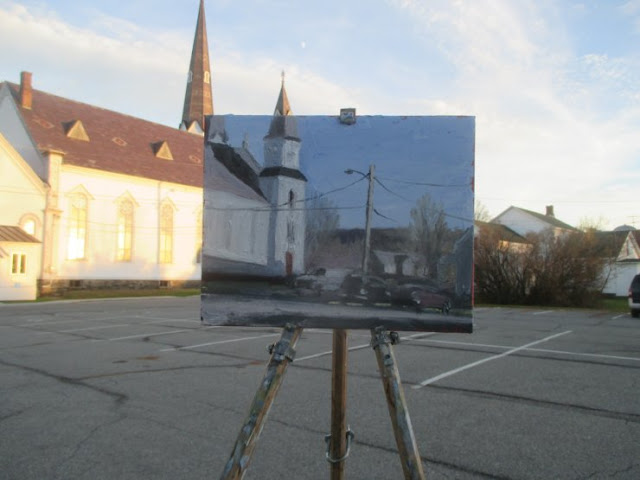 At the end the light fundamentally changes from a white to a yellow. 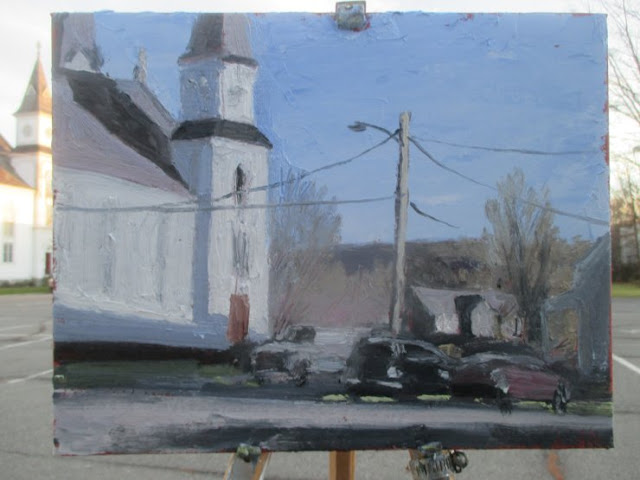 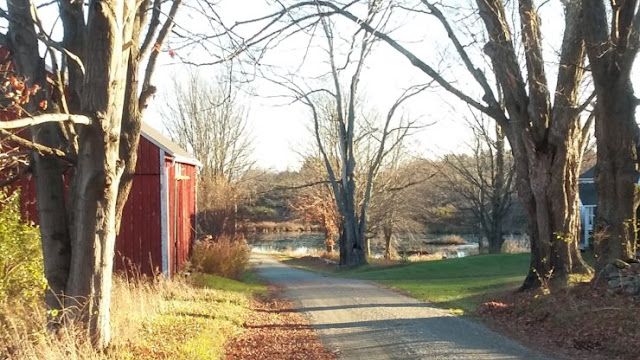 This is Little Colfax Rd.  not far from my house, but it's a dead end, so I don't go up there, not at least until last Monday. 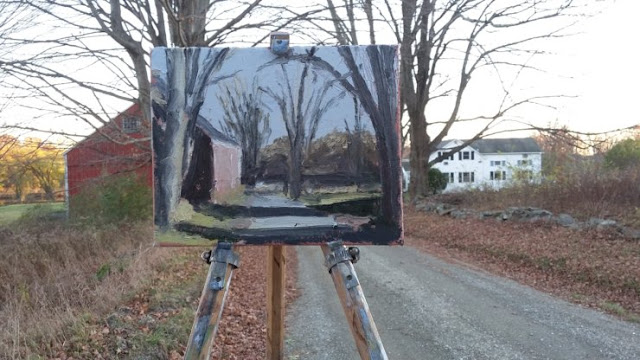 Not much time went by before I lost my light, and stopped here.  Day light savings had just happened, an evil plot by early risers to get the worms meant for night owls!

Posted by Matt Chinian Painting blog at 5:20 AM