Waits Hill Rd. and the centennials of Greenwich. What I learned from carpentry.

I've been feverishly getting my studio ready for the grand opening. The building was a garage that I used as a carpentry shop, my occupation for the better part of 30 years.  In that span of time I did a lot of things, morphing from an art student, to an apprentice for a sculptor, to a series of other specialty building, architectural model making, sign fabrication, but mostly carpentry and in particular as a stand alone concern in my small town.  I learned a lot through those experiences, much of which informs my work today.   There is an inherent logic in the built environment, and the craft of carpentry determines what works and what doesn't. I learned patience and perseverance: if something didn't work, I'd have to fix it so it did. I learned that craft had to have a use, and that too much of it wasn't paid for, so don't do it!  I learned that it can take years and lots of mistakes to find what you're looking for, but that shouldn't stop you from trying. 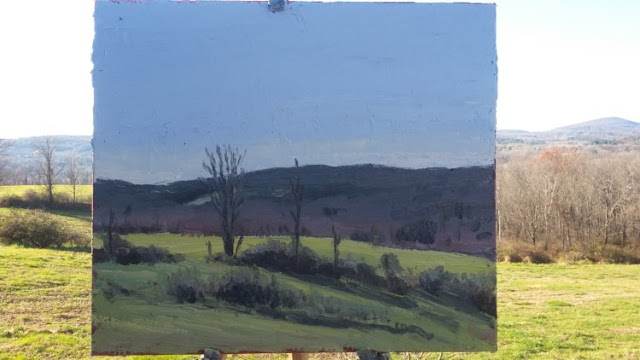 I've been to this spot many times, and will often drive by to see how the light is. 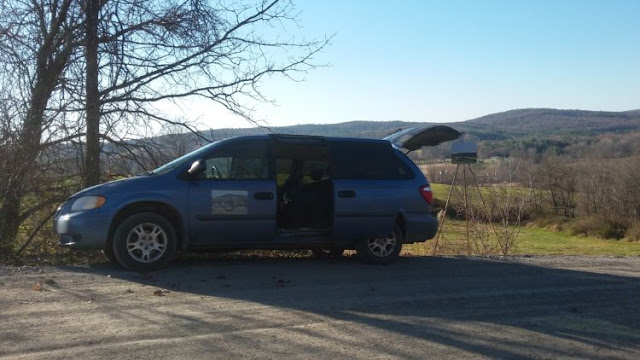 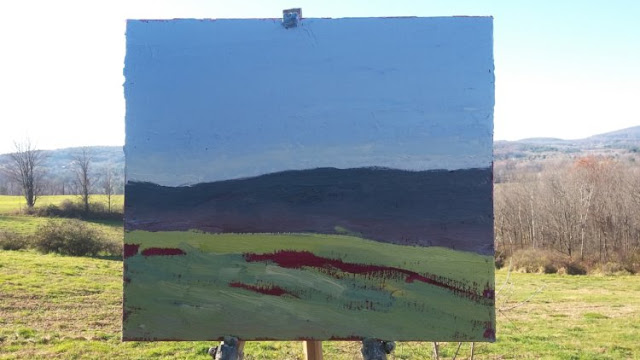 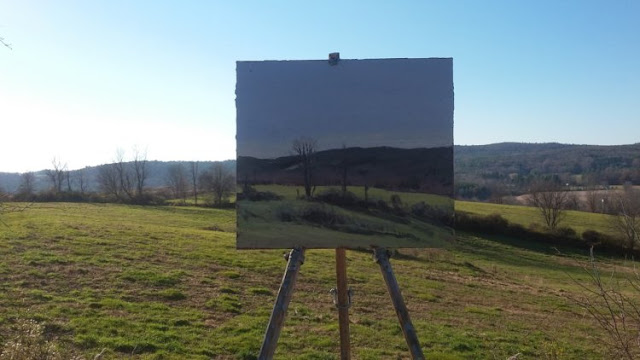 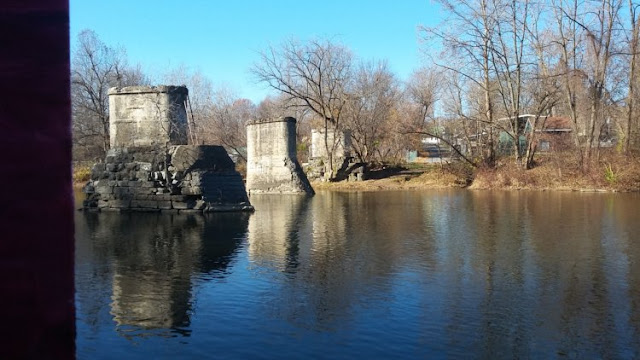 Last week I had gone to the other side of the river where there is a path to the water, I painted the backlots, looking in the other direction, but had long wondered how I'd get to the other side, although I had a hunch and it involved a short hike in. 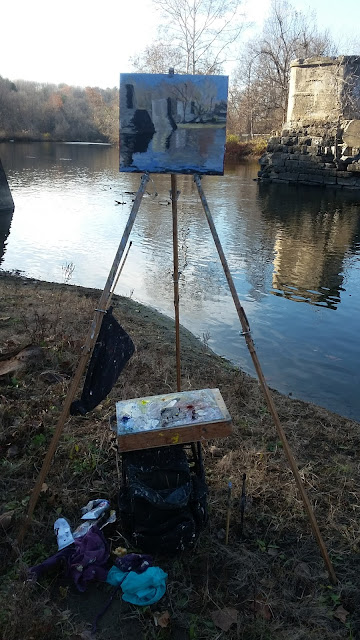 Ollie loves these spots too, but this time of the year we get attacked by ticks, so I'm waiting for really freezing temps. 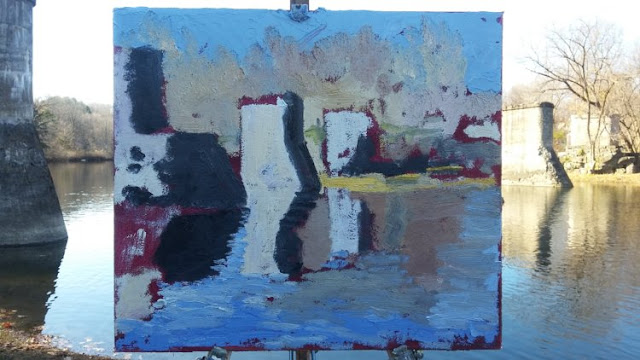 I had a fundamental problem with the values in this, and the only way to solve it is to return for a re-do, I'll wait until it gets really cold! 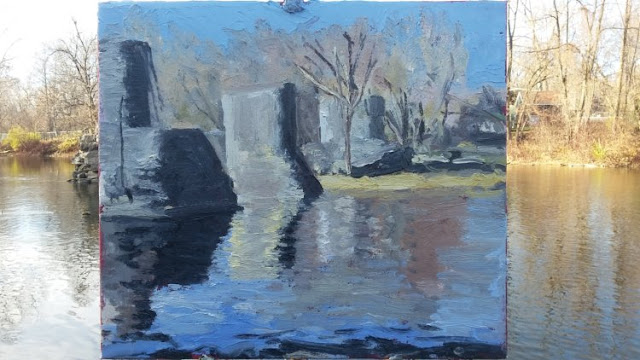 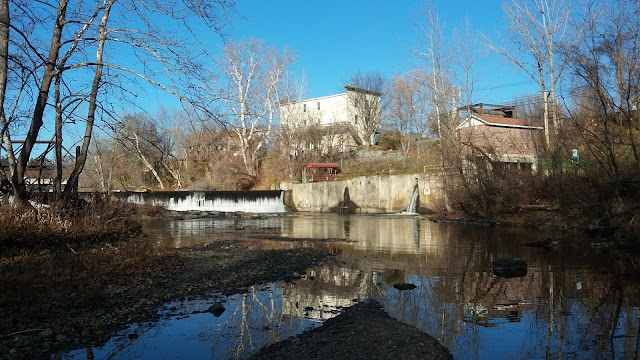 This is from my hike back, I parked at the hydro plant and walked in along the river bank, there are lots more to explore.
Posted by Matt Chinian Painting blog at 5:19 AM